Want a crack at some open play games of the new edition and see some new models? Of course, you do! Read on… 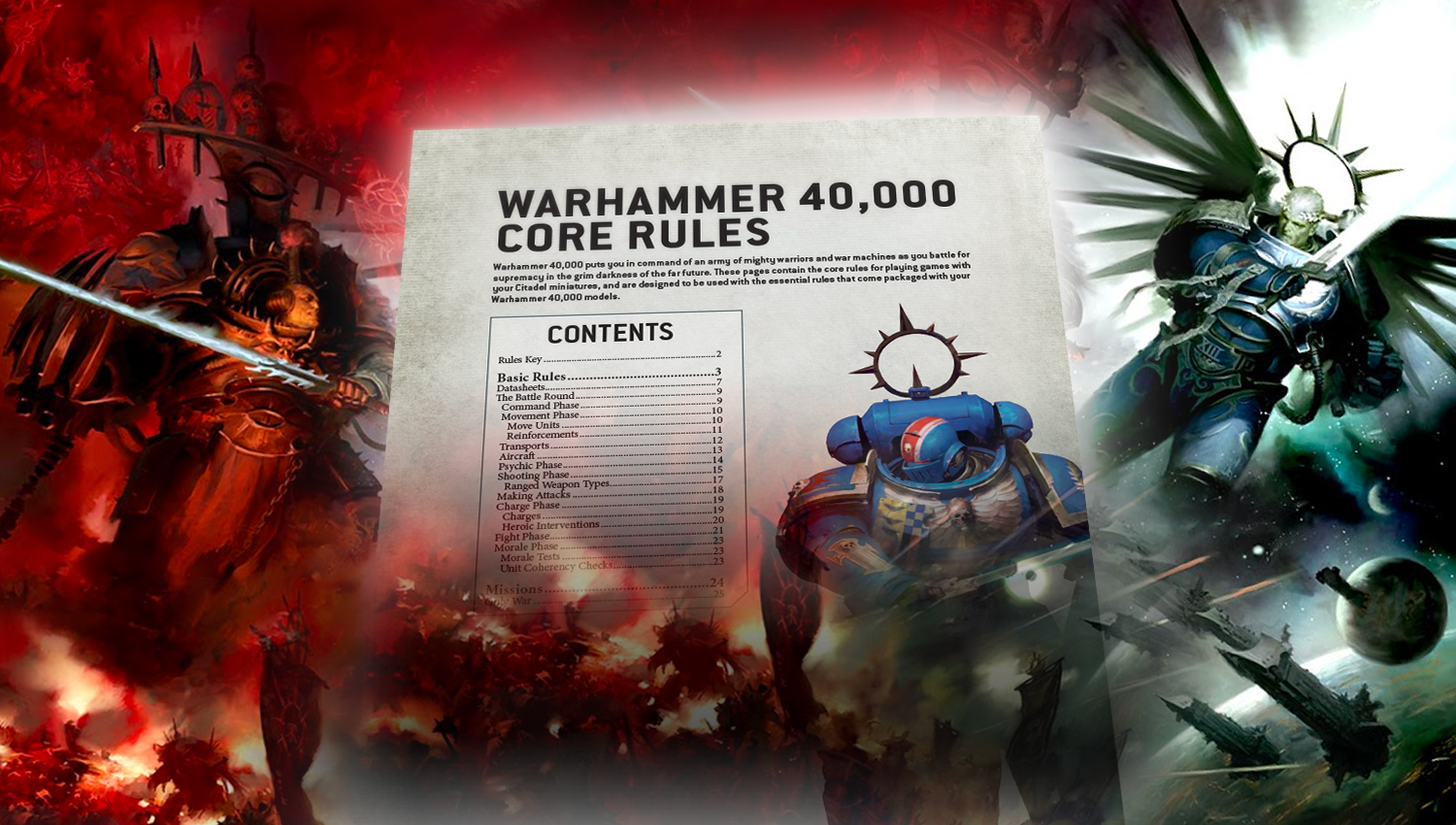 These rules are the engine of the Warhammer 40,000 game used across matched, narrative and open play gaming. If you’ve been following our coverage of the new edition with our daily updates, this is your chance to see how they all fit together.

It’s available in a whole bunch of languages – so whether you’re seeking victory in English, German, Danish or more, there’s a suite of options. This is just the tip of the iceberg too – the full Core Book in the Indomitus boxed set and forthcoming Chapter Approved have even more content for matched and narrative play, and they’re just around the corner.

New kits for Space Marines and Necrons? Say no more:

This gorgeous chunk of weaponised death is a Hammerfall Bunker. There’s a strong clue in the name as to its purpose…  yep, when the Adeptus Astartes need a fortified emplacement in a hurry, these are dropped in from orbit to provide a beachhead or secure a landing zone. 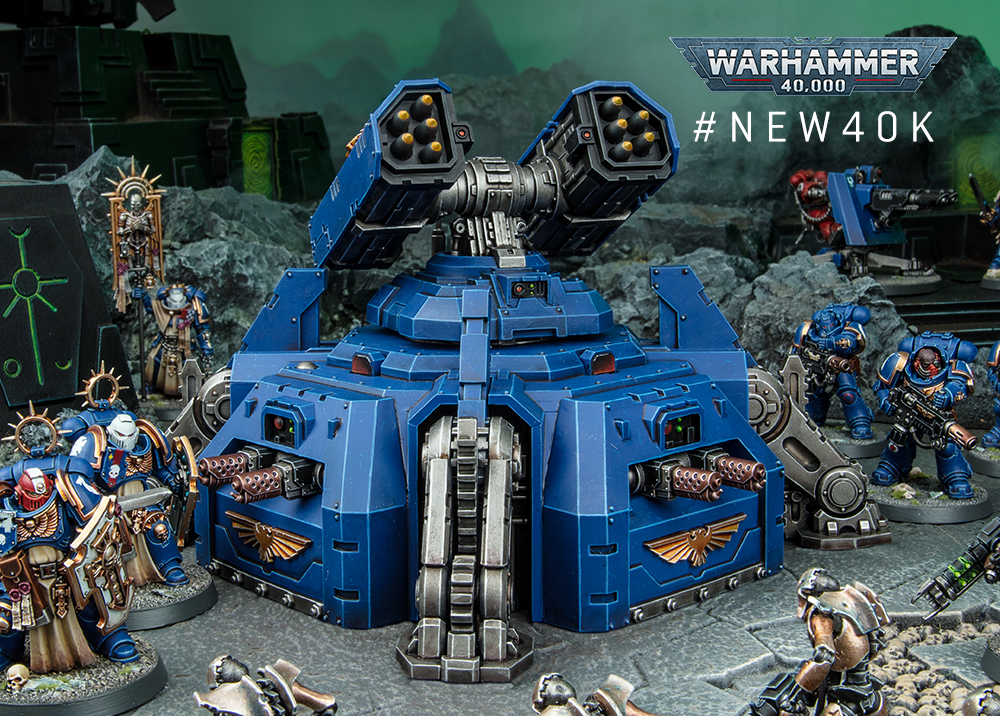 Not only does it look incredible, but it’s tougher than grox-hide boots and armed to the teeth. Those side guns can be either heavy bolters or heavy flamers and the main weapon is a Hammerfall missile launcher, and in a move that will delight old-school fans, it comes armed with superfrag and superkrak missiles. Check them out!

Of course, the Space Marines aren’t getting things all their own way – the Necrons have some Fortifications too, in the elaborately named Convergence of Dominion. If the Hammerfall Bunker is straightforward and brutal, the Convergence of Dominion is esoteric and deadly. Ancient guardian stones, these remnants from the Necrons’ ancient empire have begun to awaken, with deadly effect.

Each Convergence of Dominion consists of three Starstele (they’re the big obelisk-type things), which are seriously durable and armed with impressively deadly transdimensional abductors! Even better, they bolster units from your dynasty that are nearby and, with the help of a friendly Cryptek, can perform Translocation Protocols to redeploy across the battlefield. Yeah… these are great. 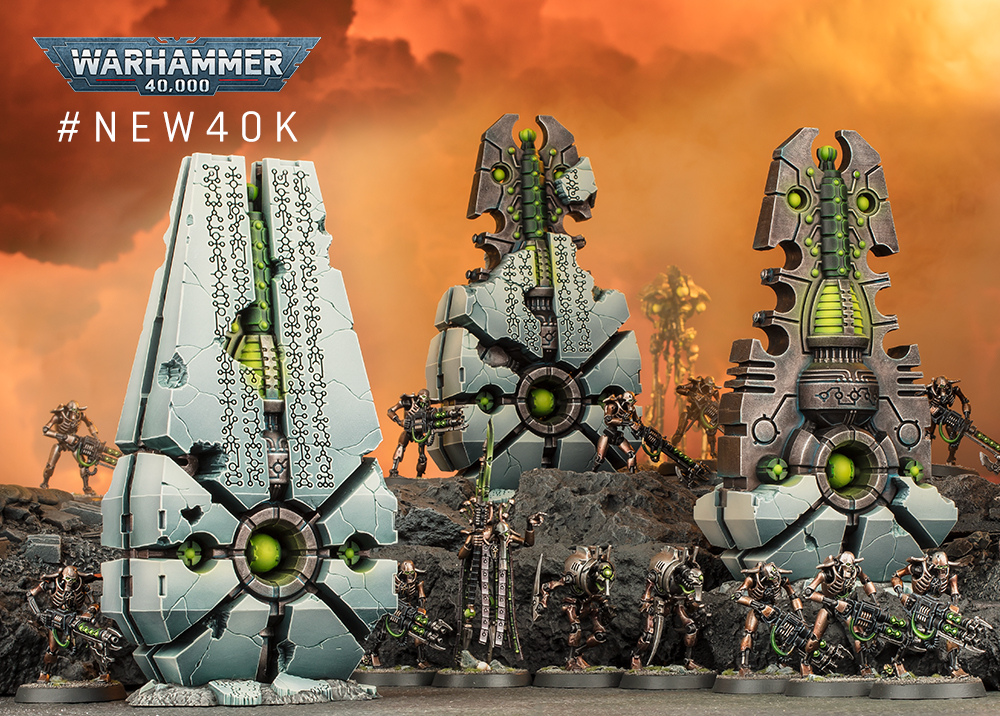 Wherever you are, hopefully, that’s done something to brighten your Thursday… and there’s still more to come this week, with our preview on Saturday. Join us live at 1:45 pm (BST) on Twitch, or right here from 2:00 pm onwards for loads of fun and even more reveals.

Finally, don’t forget that the Indomitus launch set goes on pre-order on the 11th of July. Put a note in your diary to order your copy of the best Warhammer 40,000 boxed set ever, you won’t want to miss out as it’s only available while stocks last.

New Warhammer 40,000 Battleforces are on their way soon, and we’ve got the low-down right here!

Next week sees the arrival of the Dark Angels codex supplement, new Space Marines units, and more besides – read on to learn all about these upcoming releases.

Dark Angels, Bladeguard Veterans, and more in this week’s pre-orders

Find out what’s new for pre-order this week, including the return of the First Legion and all-new kits for Indomitus favourites.