This Week’s Pre-Orders Include a Double Decker Codex Drop

The first codexes of 2022 have arrived hot on the heels of the great battle for Terra, along with a Warhammer Age of Sigmar-themed board game on retailer shelves, and a promotion to kickstart your New Year New Army project. Let’s get stuck in.

This week welcomes two shiny new codexes to Warhammer 40,000 – Adeptus Custodes and Genestealer Cults. Whether you’re trying to tear down the agents of the False Emperor or to protect humanity’s hallowed homeworld, it’s time to pick a side and grab a codex.

After dealing with an infestation of brooding mutants and heretics on the Throneworld, these golden-plated punishers are setting out to visit the Emperor’s mercy on all the enemies of the Imperium. As ever, they’re accompanied by the Sisters of Silence, complementing raw physical prowess with the ability to block psykers and warp energies. A puissant pairing indeed. all contained within Codex: Adeptus Custodes, available to pre-order now. 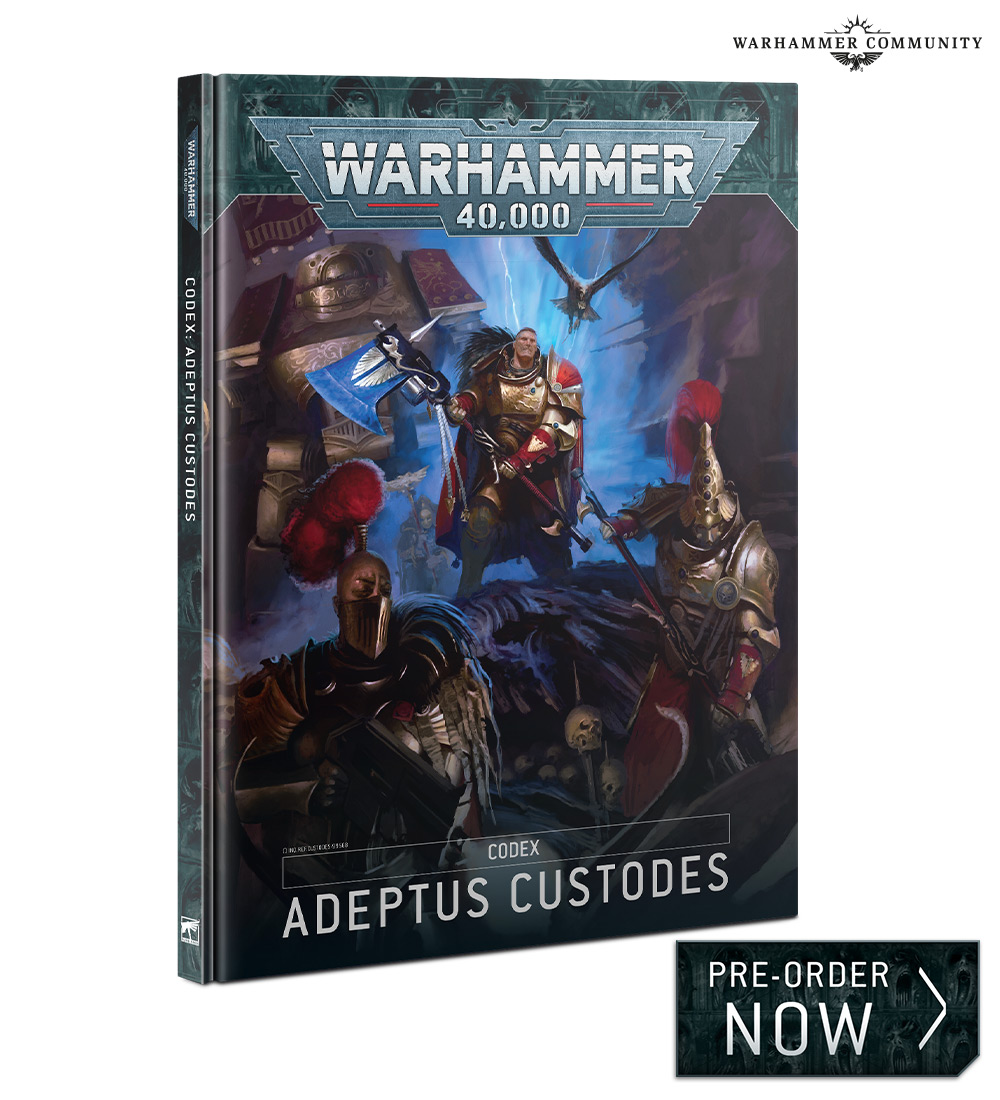 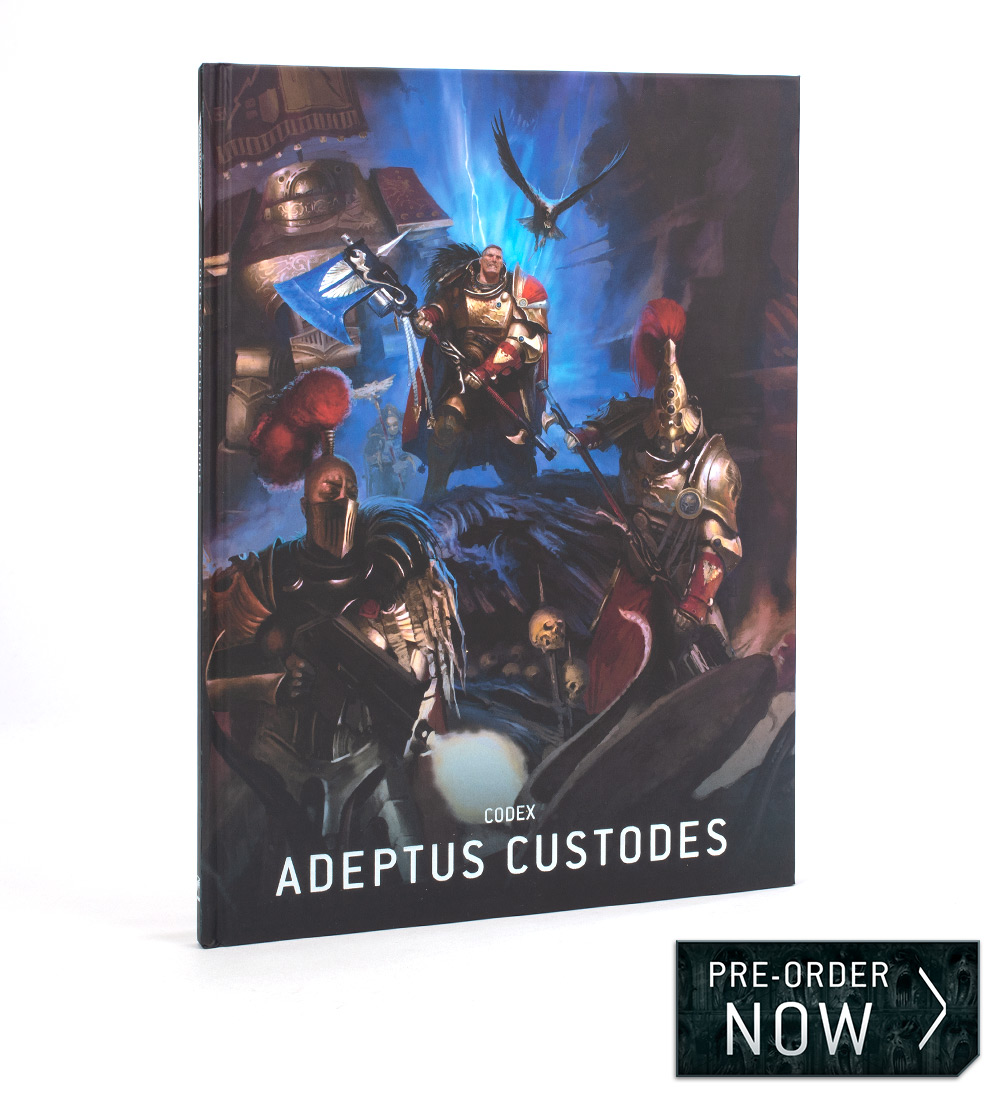 Both versions of the codex are packed to the brim with new background lore for the Adeptus Custodes, immersive Crusade rules, powerful new Stratagems, and much more. You’ll find loads of tactical options to further refine your army, like Martial Ka’tahs and new options to command your forces – you can even run a full Sisters of Silence army!

Are you fed up with all these rude barbarians trampling your lawns? Do you just want everyone to be one big, happy family in the light of the Four-Armed Emperor? Well, with just a little bit of psychic brainwashing, you can join your nearest Genestealer Cult and extend its influence to all your favourite people! Strike down the servants of the False Emperor and ready your world for the Day of Ascension with this new and deadly codex. 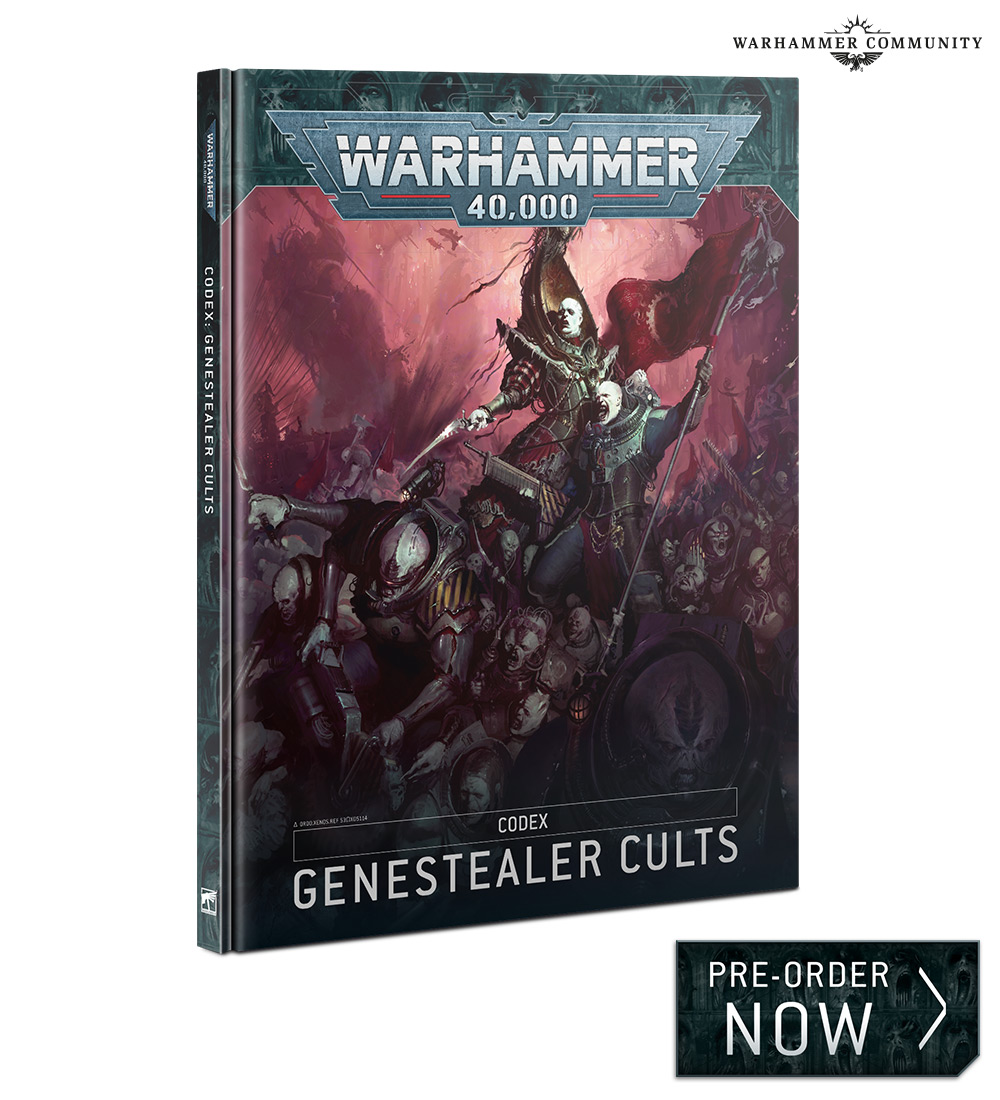 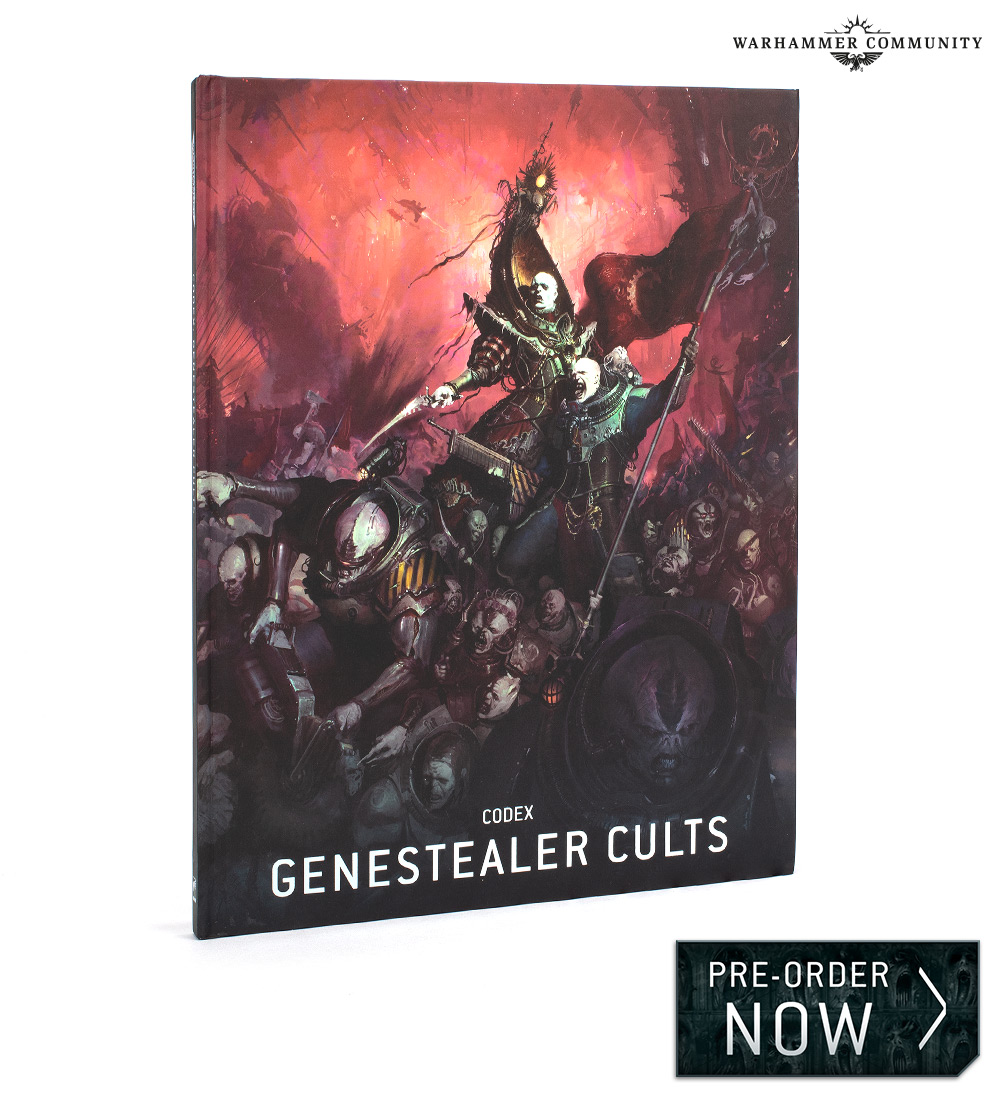 Discover brand new Warlord Traits and Stratagems, as well as full Crusade rules that will see you attempt to take over entire planets. The codex brings all sorts of new tricks like Crossfire to the Genestealer Cults, making them one of the most insidious and deadly factions in the game. 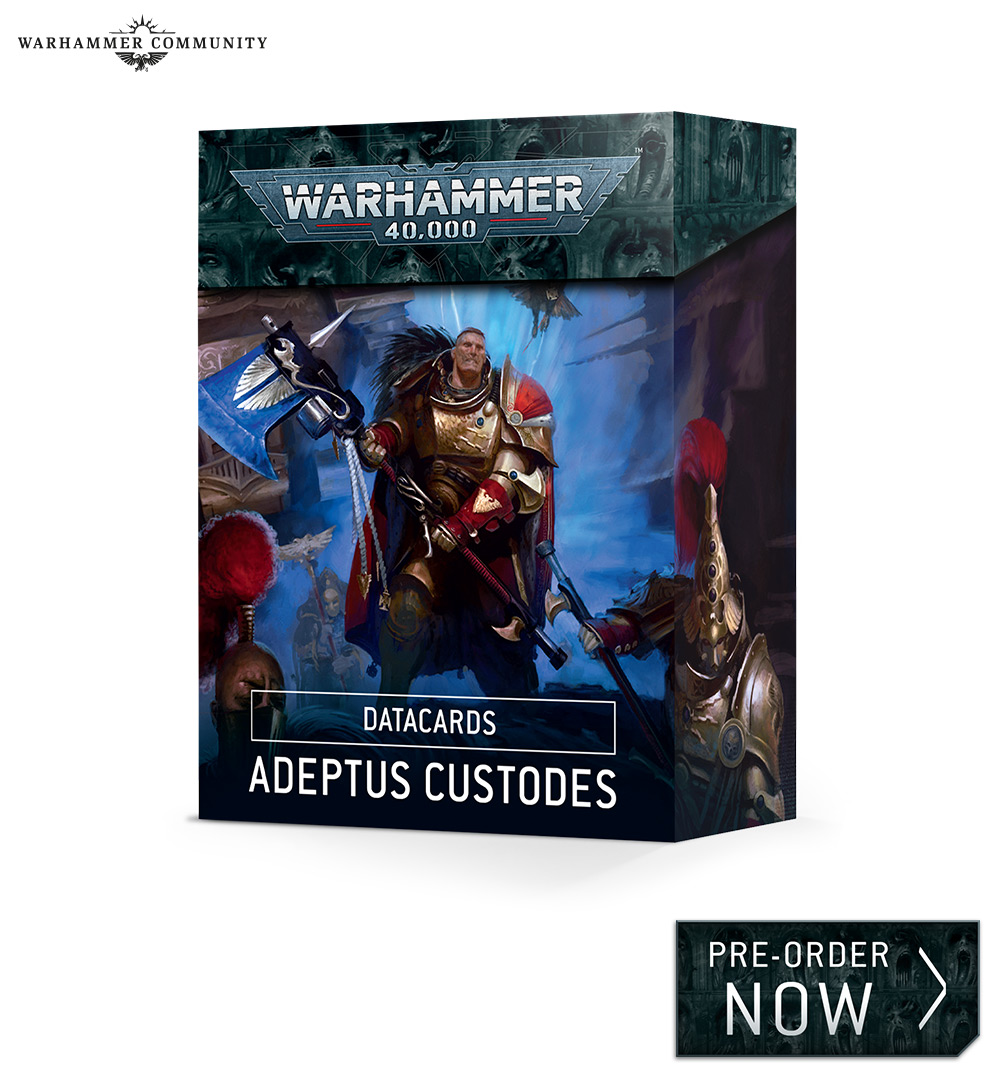 These nifty cards are great for keeping track of all your shiny new rules during battle. This set includes datacards for each of the Adeptus Custodes Stratagems, as well as important, easy-to-access summaries for rules such as the Martial Ka’tahs.

Mark yourself out as a true hero of Terra with these themed dice, cast in luxurious red resin and detailed with burnished gold pips. 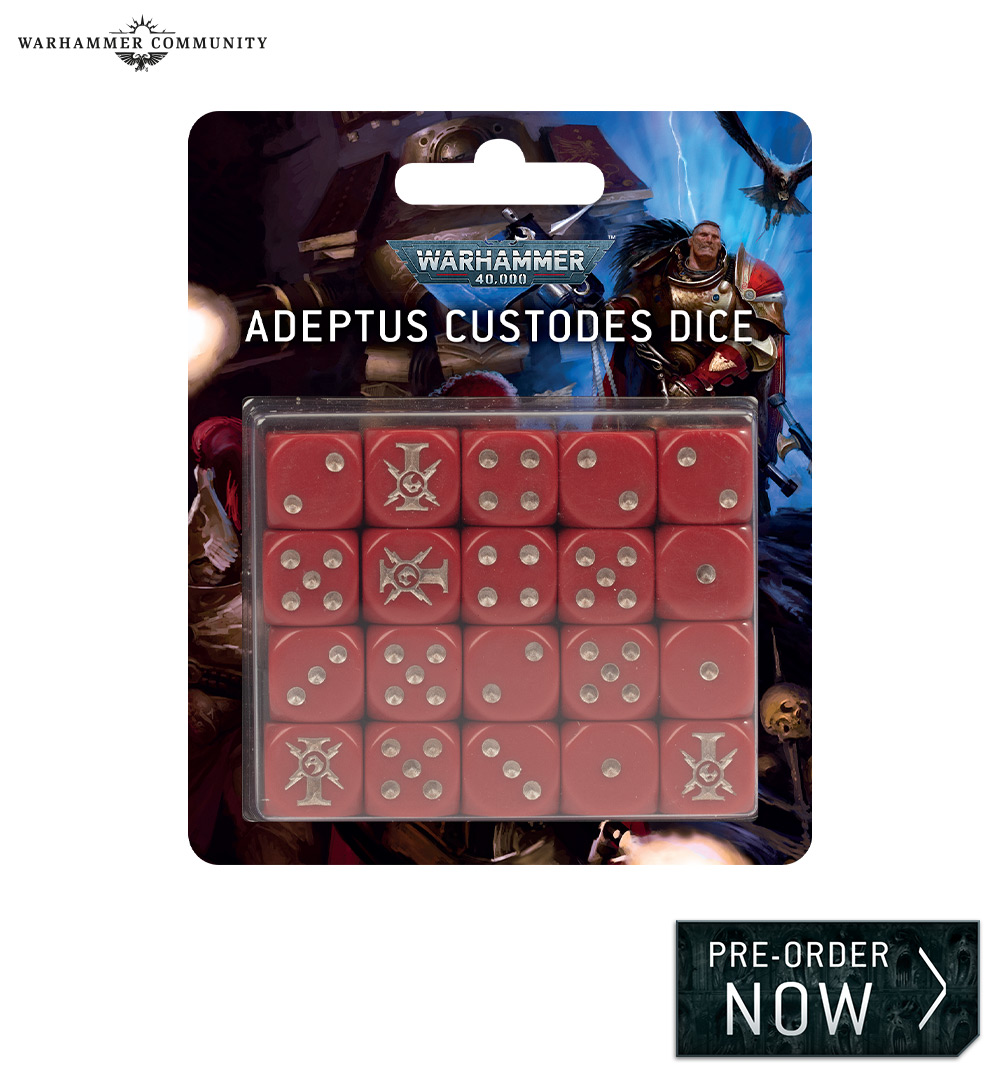 These twenty dice also feature the mark of the Adeptus Custodes on the six, so you can get out there and offer up your best rolls in service to the Emperor. 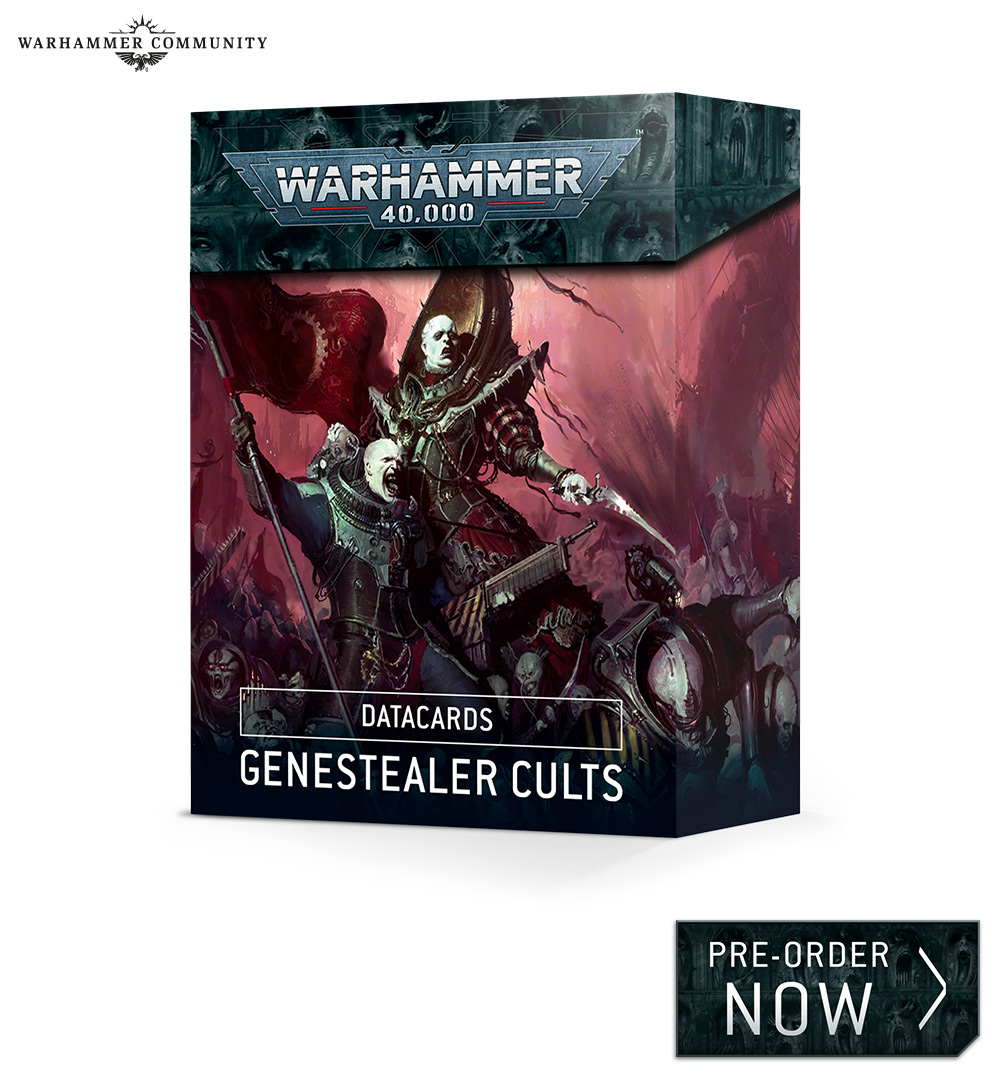 Focus on springing traps without holding all your rules in your head with this set of handy datacards. It includes everything you’ll need to overthrow your oppressors, including summaries of Stratagems and important rules, such as the various Cult psychic powers.

Brood no more, for this purple carapace-coloured dice set is a must-have for fashion-conscious cultists. 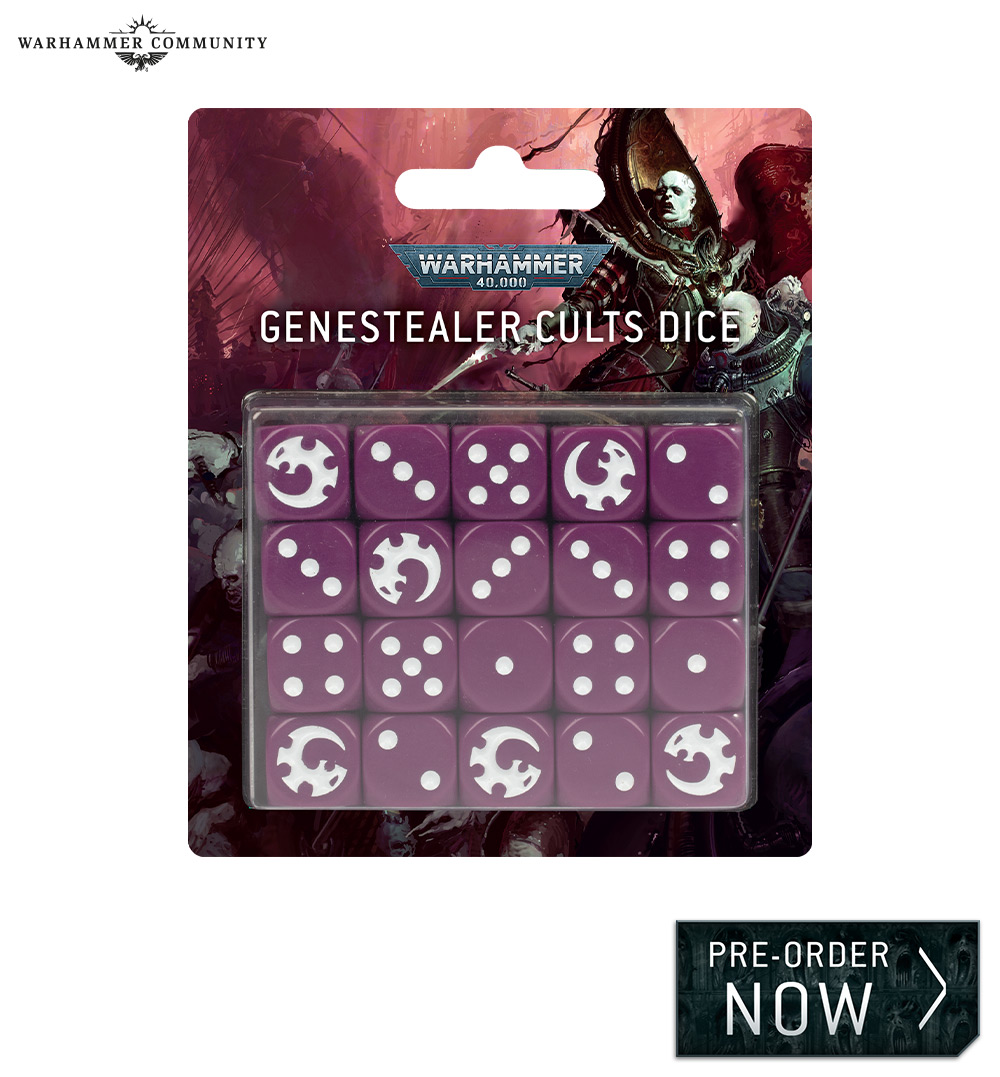 Each dice also features the symbol of the Genestealer Cults on the six to honour the coming of the Four-Armed Emperor.

Warhammer Age of Sigmar: Bladeborn has made its way to shelves in North America. This game-in-a-box pits rival warbands Khagra’s Ravagers and the Godsworn Hunt against each other in fast-paced combat for the ultimate honour – a chance to serve in the armies of Archaon the Everchosen. 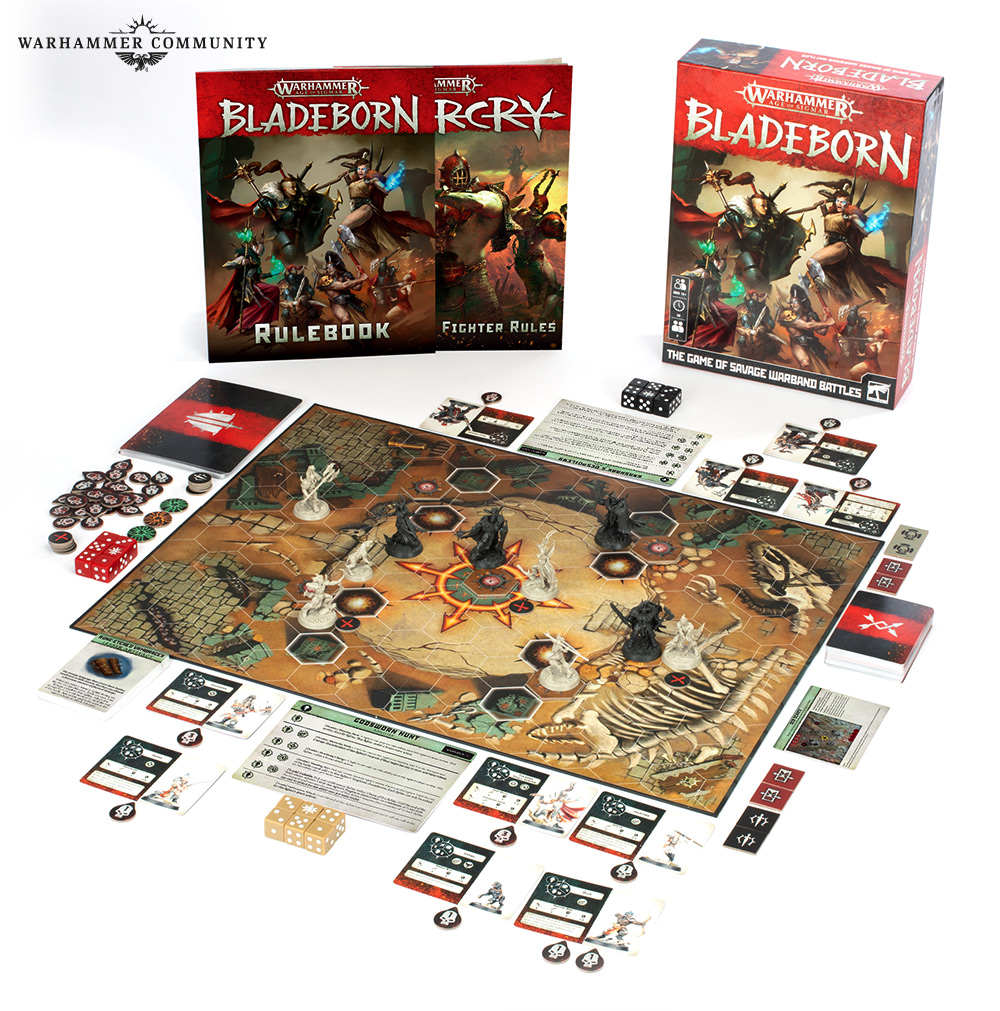 The game makes a great introduction to the Warhammer Age of Sigmar universe, as well as the Bloodwind Spoil, in which many of Warcry’s furious battles take place. It contains 10 plastic, push-fit, pre coloured miniatures, along with all the cards and tokens, boards and dice required to play, and you can find it available to purchase in Barnes & Noble stores across the US right now.**

Lastly, New Year New Army is now in full swing, and there’s an awesome prize draw to go with it – so what better time to start that Warhammer hobby project you’ve been dreaming of? Spend £55 or more on Games-Workshop.com* – a Start Collecting! or Vanguard box is enough to qualify – and you could win the value of your order back in vouchers to reinforce your army in February.

Get out there and pre-order the Adeptus Custodes and Genestealer Cults codexes, and don’t forget your cards and dice. It’s time to prove once and for all who’s in charge.

** An earlier version of this article suggested that Bladeborn would be on sale in Canada – but sadly for our Canuck fans, it’s only available in the USA.

Creeping tendrils of xenos corruption worm their way into Mankind’s heartlands, while the Emperor’s finest defenders bring the light of …

If you thought Shield-Captains were strong, just wait until you meet their bosses.

The Upcoming Genestealer Cults Codex Lets You Pin, Flank, and Destroy With the Crossfire Rule

Dangerous tricks and tactics help the Genestealer Cults take down the most heavily armed foes.