The vanguard of the storm…

The Mortal Realms have been beset this month by the corrupting forces of change: cults of acolytes rise in the Free Cities, bestial Tzaangors attack from the wild places and Daemons claw at the veil between worlds.

Dire times indeed for Sigmar’s people. The God-King has seen these developments, though, and even now prepares his retaliation. This February, the Vanguard Chambers are unleashed.

These swift and deadly warriors are a new type of Stormcast Eternal – rangers, trackers and cavalrymen without compare. They are swift vengeance to the forces of Chaos, and the outriders and scouts of Sigmar’s armies. The models that are on the way make for an imposing army (and you may recognise a little piece of their kit from a previous Rumour Engine…).

The sleeker armour of these hunters allows for more dynamic miniatures compared to the heavy-hitters found in many Stormcast Eternal battlelines. They also have a much more feral appearance, draped in furs and pelts, and feeling much more like an army that is at home in the wide realms, rather than a fresh new arrival from Azyr (as the Stormcasts were when we were first introduced to them). 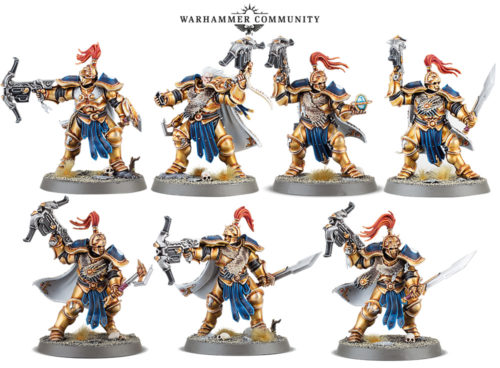 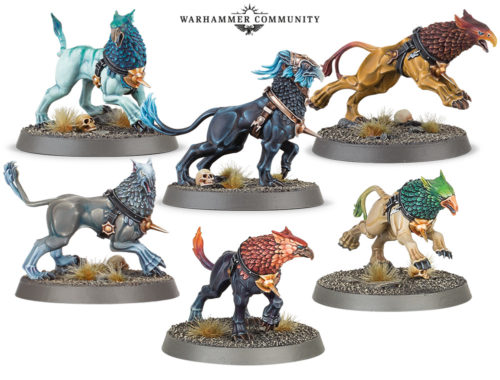 They bring with them loyal beasts of the Celestial Realm, some familiar, like the Gryph-hound, and some we have never seen before, like the Aetherwing and the formidable Gryph-chargers (more on those very soon).

To accompany this impressive range of new models the Stormcast Eternals are also getting a brand new Battletome. This book will match the format of the recent Disciples of Tzeentch book, and will be packed with content for those who love Sigmar and his champions. The background of the book, like Chaos Battletome: Disciples of Tzeentch before it, explores the setting beyond the events of the Realmgate Wars, including Sigmar’s new cities.

Gamers will find all the current Stormcast Eternal units, as well as all the news ones in there, along with Allegiance Abilities, battleplans, magical Artefacts, Battalions, prayers and more besides. For the first time, we’ll also get specific abilities to represent the most famed Stormhosts like the Hammers of Sigmar and the Hallowed Knights (Only the Faithful!)

February is going to be a great time for Stormcast Eternals players.

We’ll have lots more to show you from these guys soon, so stay posted.

PS: We have another reveal from next month’s releases tomorrow. Check back then to find out what…

Discover three new reasons to head to your local Warhammer store (so long as it’s open) – you’re gonna love them!

How to get started with Warhammer Age of Sigmar

Have you been thinking about trying out Warhammer Age of Sigmar? Check this out first!