Rise of the Skorpekh Destroyer

So, we’ve all seen the amazing new Warhammer 40,000 cinematic trailer now, right? RIGHT?! But in addition to offering an incredible insight into the grim reality of the war-torn 41st Millennium, it introduced a wealth of previously unseen units for both the Necrons and the Imperium. Today, we’re going to take a look at the psychotic, three-legged, blade-wielding, mechanical warrior of death that chased the Sister of Battle into the ruined cathedral… 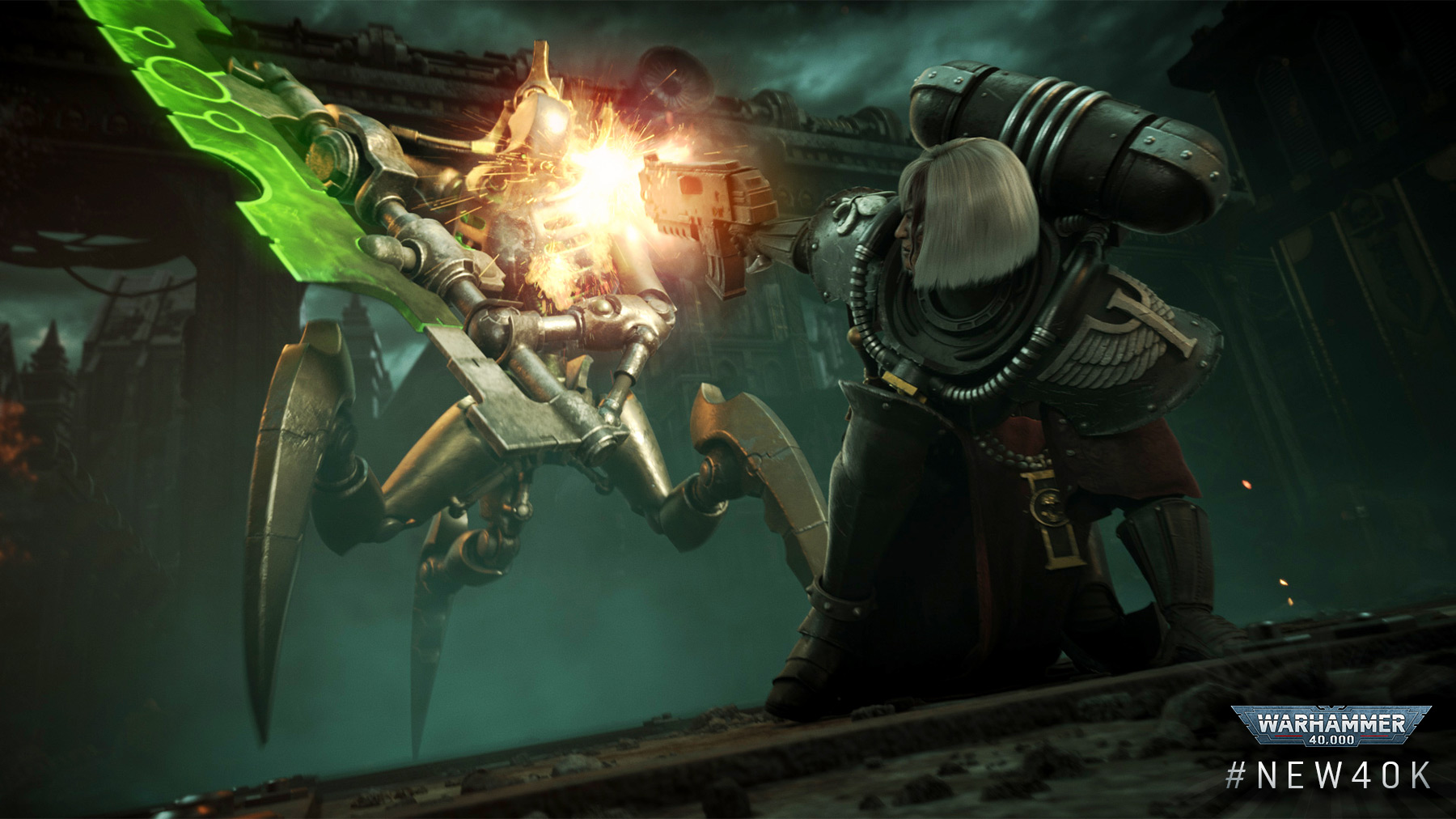 First up, with a name like Skorpekh Destroyer, it clearly hails from the Destroyer Cult, meaning it has… let’s just say ‘anger management issues.’* However, unlike the more familiar Destroyers and Heavy Destroyers, which favour annihilating their prey from afar, Skorpekh Destroyers like to reap them up close and personal with murderous sweeps of their enormous blades. 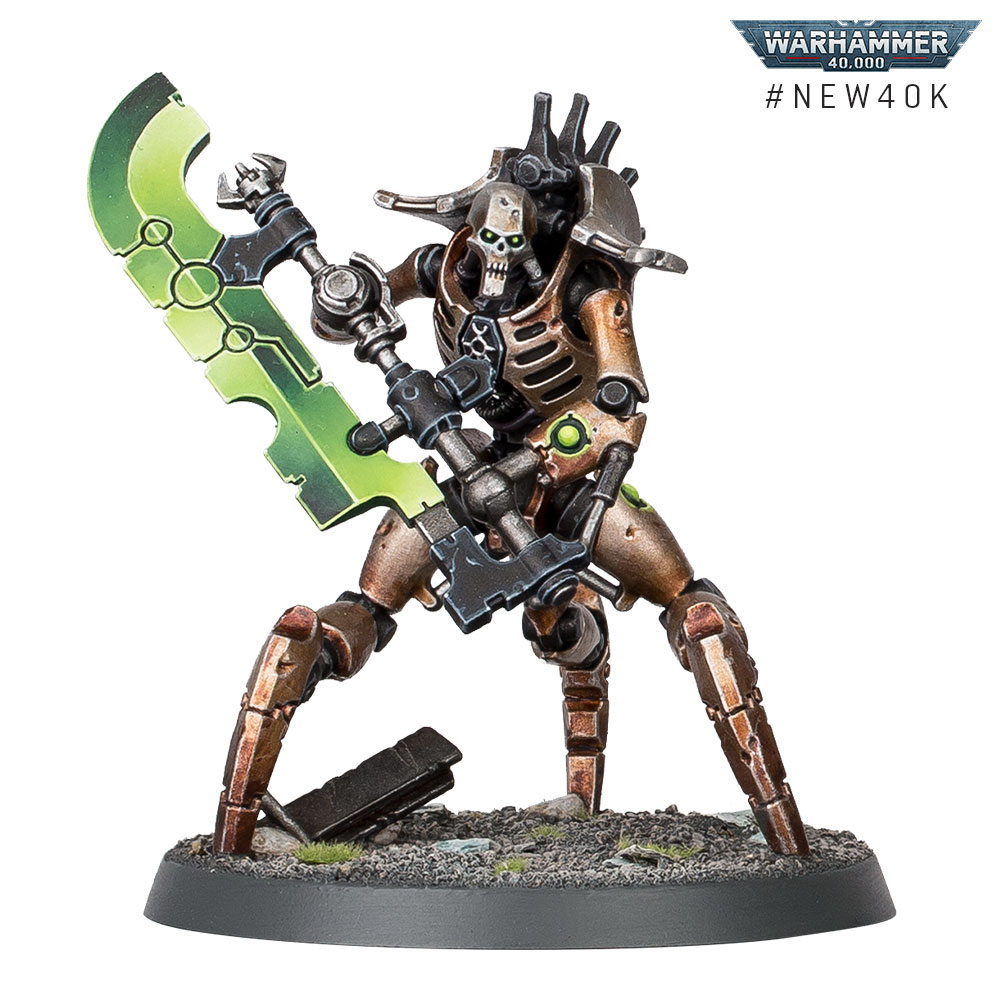 In fact, they like reaping so much that their fearsome weapons are even called hyperphase reap-blades! These weapons are not to be taken lightly, either – check out their horrifically powerful profile.

No wonder we saw one cutting down a Space Marine in the trailer – one hit from this weapon could even chop a mighty warrior of the Adeptus Custodes in half! The Battle Sister being hunted by the first Skorpekh clearly passed the 6+ invulnerable for her Shield of Faith!

What’s more, as one would expect from a Destroyer, the Skorpekh is tough, yet despite not drifting into battle like its kin, it’s still wickedly fast as it skitters forwards. A unit of them promises to be a very intimidating prospect indeed… 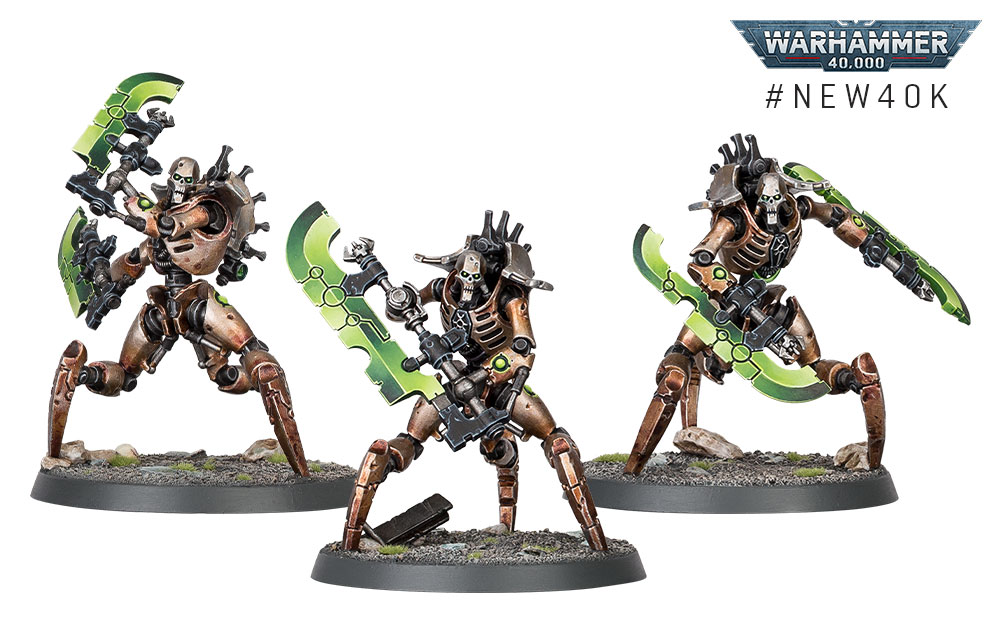 Wait, what’s that? Some different weapons?! Yep! However, you’ll have to wait a bit longer to find out more about these nasty-looking options. Until then, let us know what you think of this menacing new addition to the Necron line-up on our Warhammer 40,000 Facebook group.

* As in, they want to kill everything that breathes!

See the units from Indomitus in action, and catch even more amazing new model reveals!

Get inspired with a pair of Combat Patrols from around the Warhammer community.