Have you always dreamed of running an army of Gretchin? Of course, you have! Thanks to the new rules in Saga of the Beast, it’s now a possibility, and today we’re going to show you a way to build a grot army of 99 Power. It may not be the cutting edge of the competitive Warhammer 40,000 meta, but as we all know, grots can be surprisingly dangerous in large numbers. 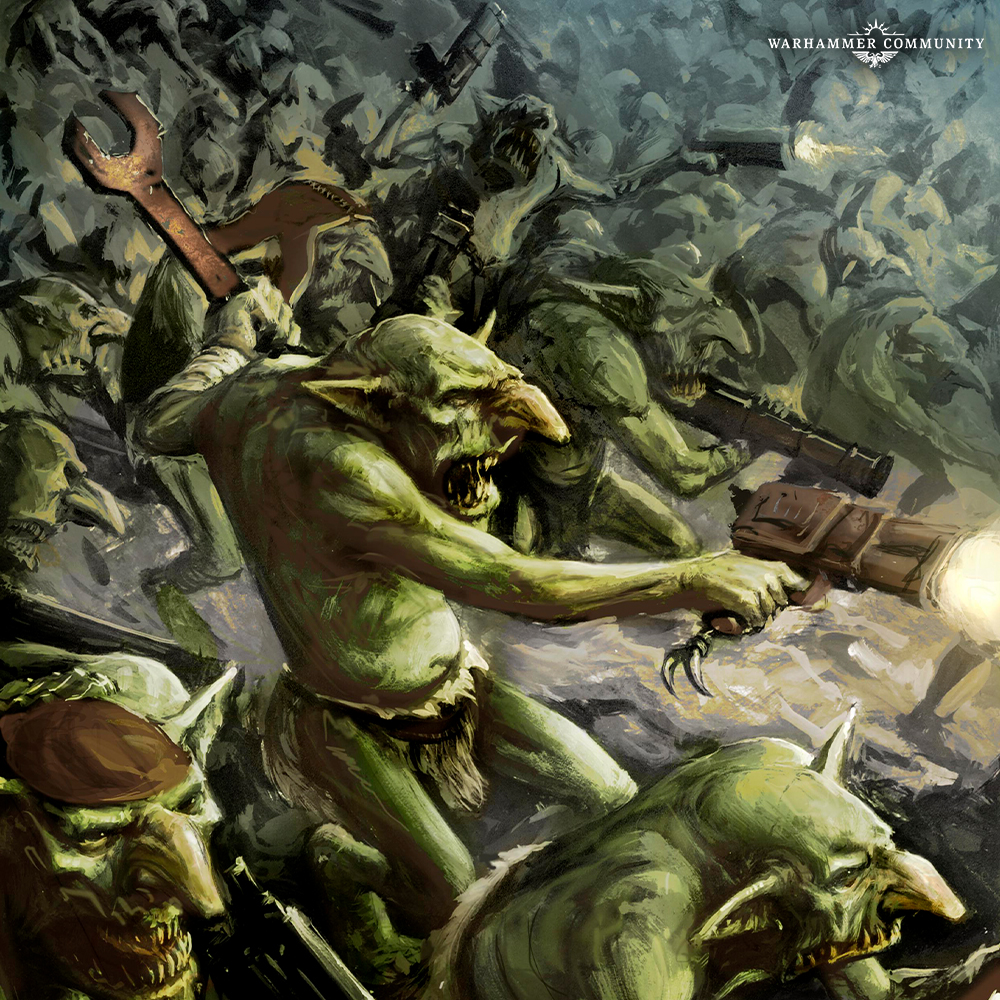 As we’ve already seen, with Saga of the Beast, it’s now possible to form your ladz up into Specialist Mobs. One of these options is Grot Mobs, which gives you the Cheeky Zoggerz Subkultur. 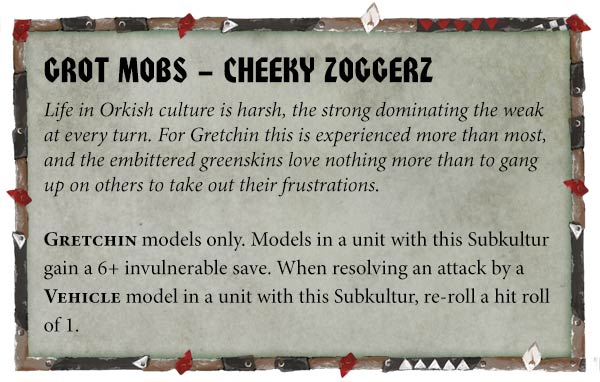 While it doesn’t make them as lucky as Makari, a 6+ invulnerable save for your hordes of Grots is not something to be sniffed at. We need a Battle-forged army to gain the Subkultur, so we’re going to form a Brigade Detachment. That means that we can take advantage of this invulnerable save by taking lots of Gretchin. And when we say lots, we mean LOTS. We recommend stocking up on Ork Flesh paint before even reading ahead.

Yes, it’s 44 power but even a tactical genius like Roboute Guilliman is going to think twice about facing down 330 grots.* 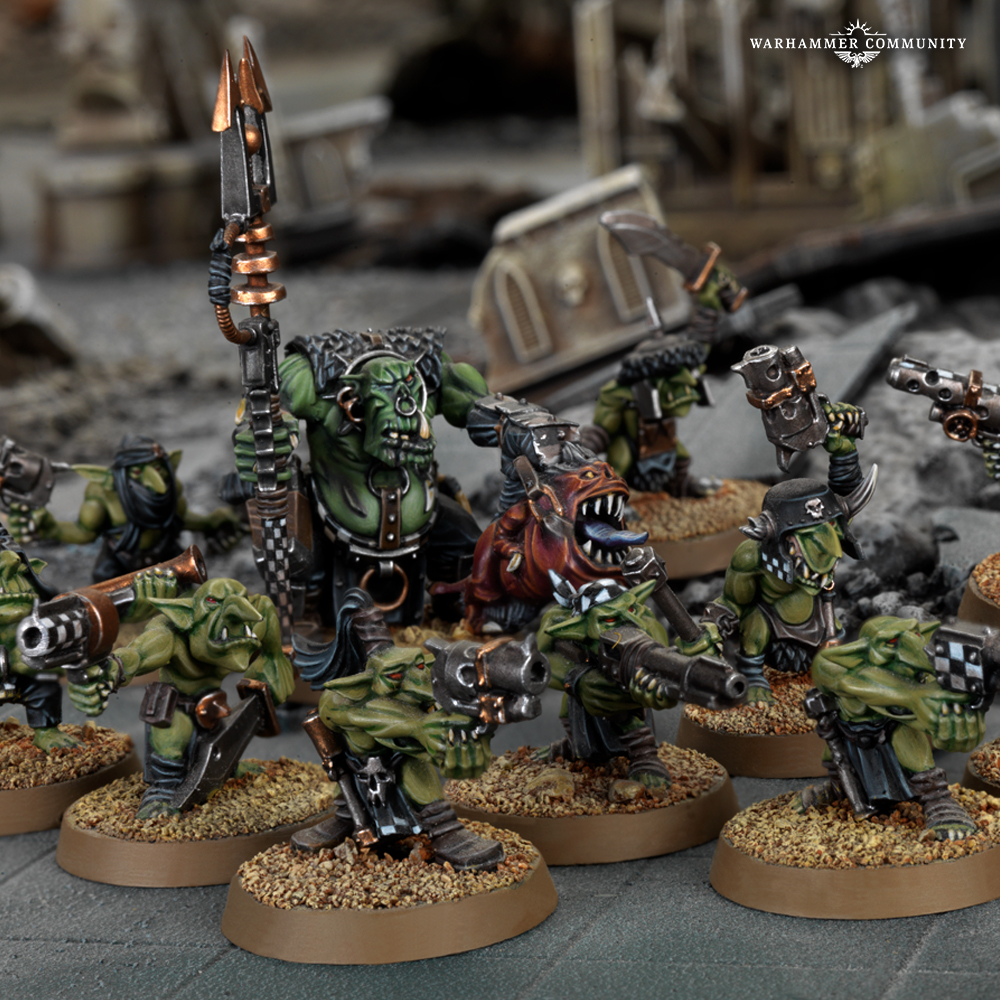 Now we need a bit of support for the grots and, Gork knows, they need some!

As vehicles, these all take advantage of the Subkultur rule that lets you re-roll hit rolls of 1. And to think, grots were already the best shooters in the Ork army! 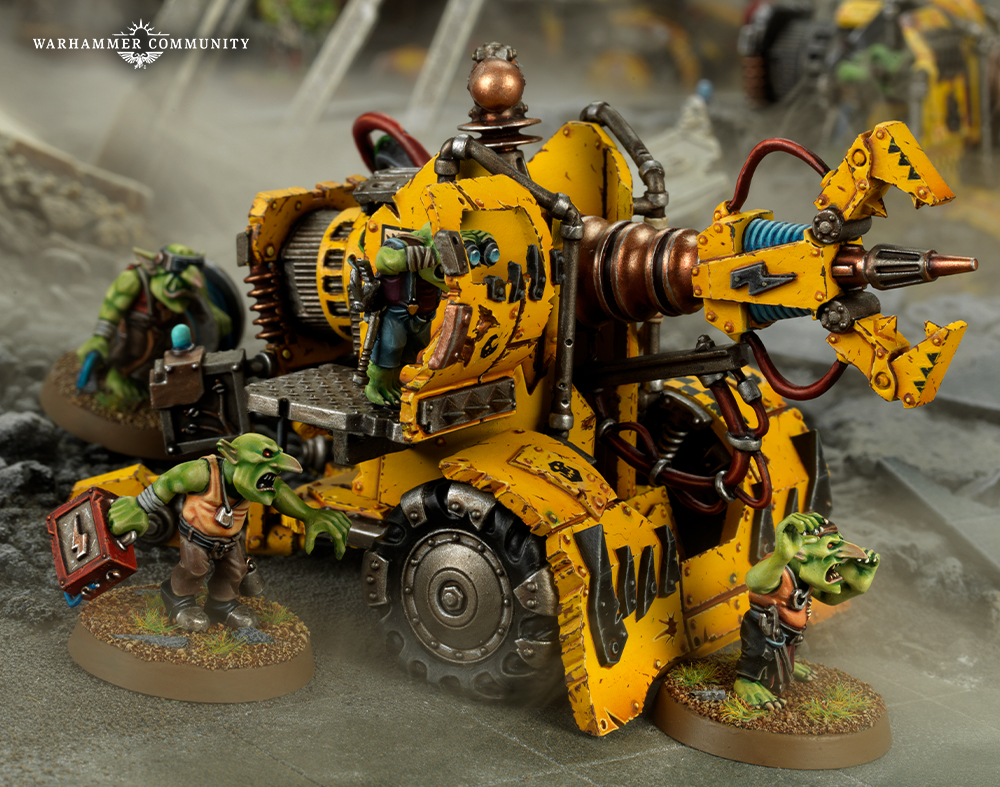 Okay, now we need someone to lead our brave army of grots into glorious victory – or, more likely, inglorious failure. We’re going to take a little bit of a liberty here since shokk attack guns technically fire Snotlings rather than Gretchin but to most Orks, runtz iz runtz.

If the Meks ever run out of ammo, there are plenty of grots around to fire through the scary warp tunnel. 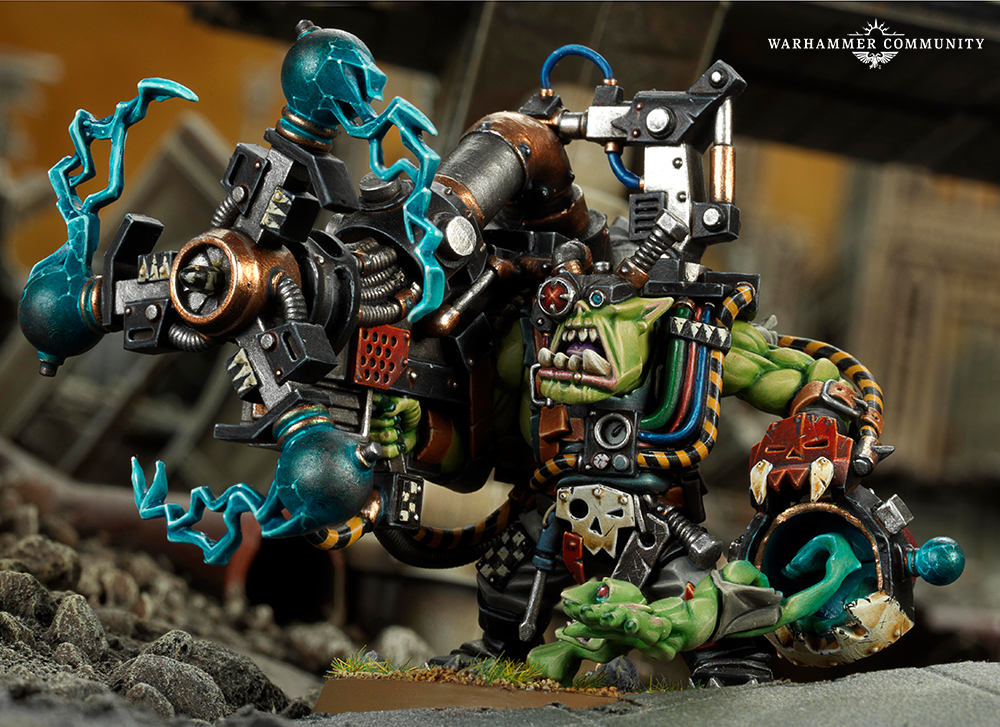 There’s only really one choice when it comes to Fast Attack options for a Gretchin army – Grot Tanks!

What better way to defeat your enemies than by crushing them beneath the tracks of your mighty tanks?** Maybe taking advantage of your Subkultur to make those deadly kustom mega-blastas even more accurate! 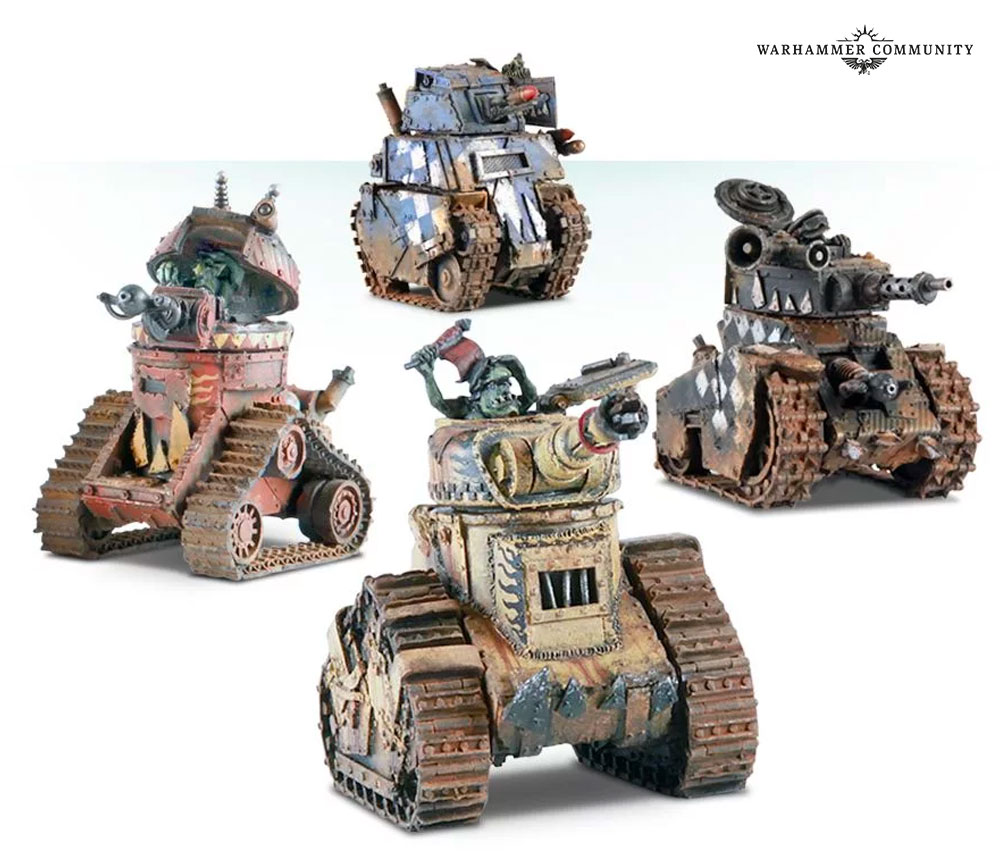 Finally, we’re going to round out our army with some Grot Oilers to hang out with our Mek Guns and to fix our Grot Tanks and Killa Kanz.

Sure, they technically come with a Mek, but we all know who the real star of the show is here. 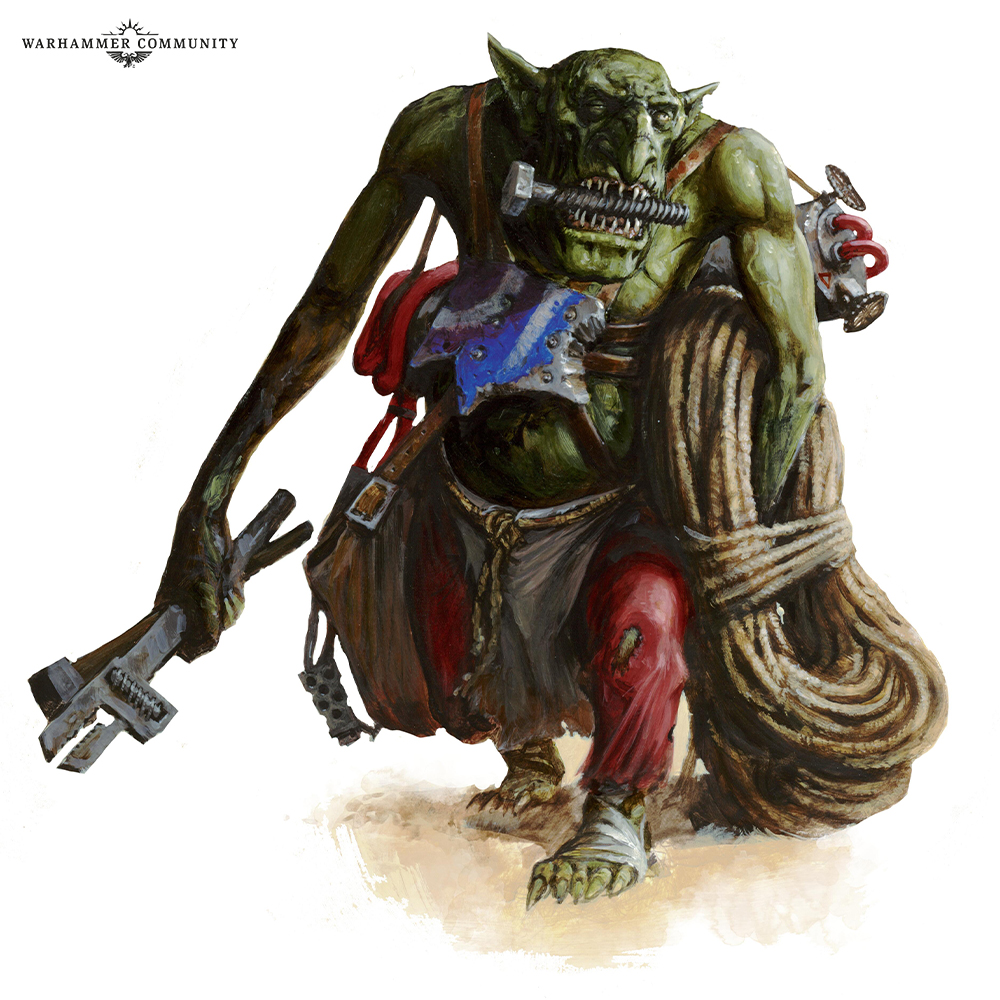 So there we have it, an entire grot army! Is it top tier? No. Will most other armies run out of bullets before they can take down that many Gretchin? Probably. Is it going to be fun to play? Definitely! And surely Gork and Mork will smile down upon you for daring to even try. 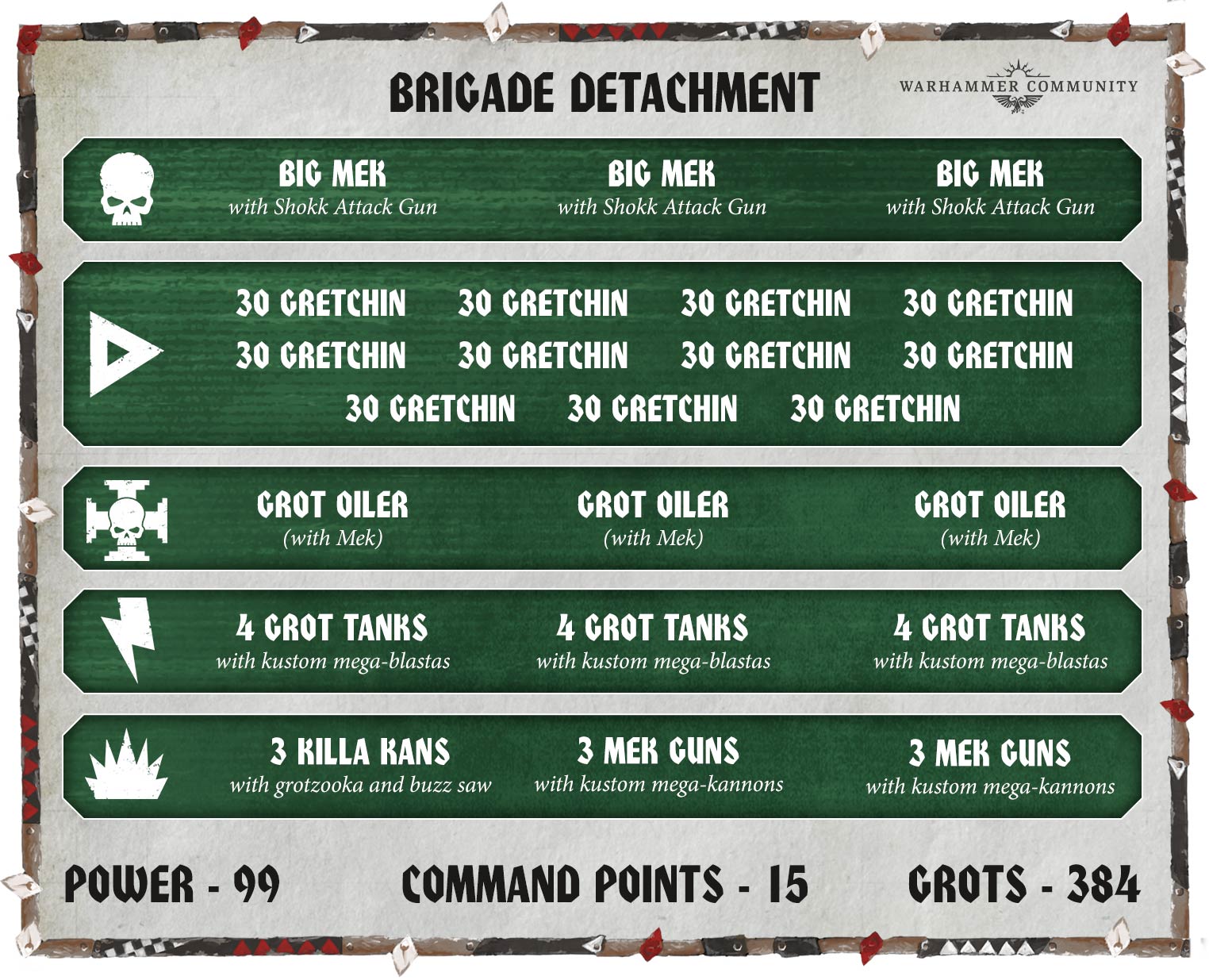 Saga of the Beast is available to pre-order from tomorrow. Make sure that you’re ready to field a grot army by picking up a unit of Killa Kans.

* We doubt very much that there’s anything in the Codex Astartes that covers how to deal with that!
** Please note that your mileage may vary (and not just because of the Grot Tanks’ random Movement characteristic).

Warhammer World in Nottingham is the official home of the hobby. Almost every weekend, the gaming hall is packed with …

Since the launch of Adeptus Titanicus: The Horus Heresy, players have been asking for the freedom to use entire armies …