The Necromunda: Dark Uprising boxed set is one of the largest that Games Workshop has ever produced! Today we lift up the lid to take a peek and see what insidious insurrection is contained within. 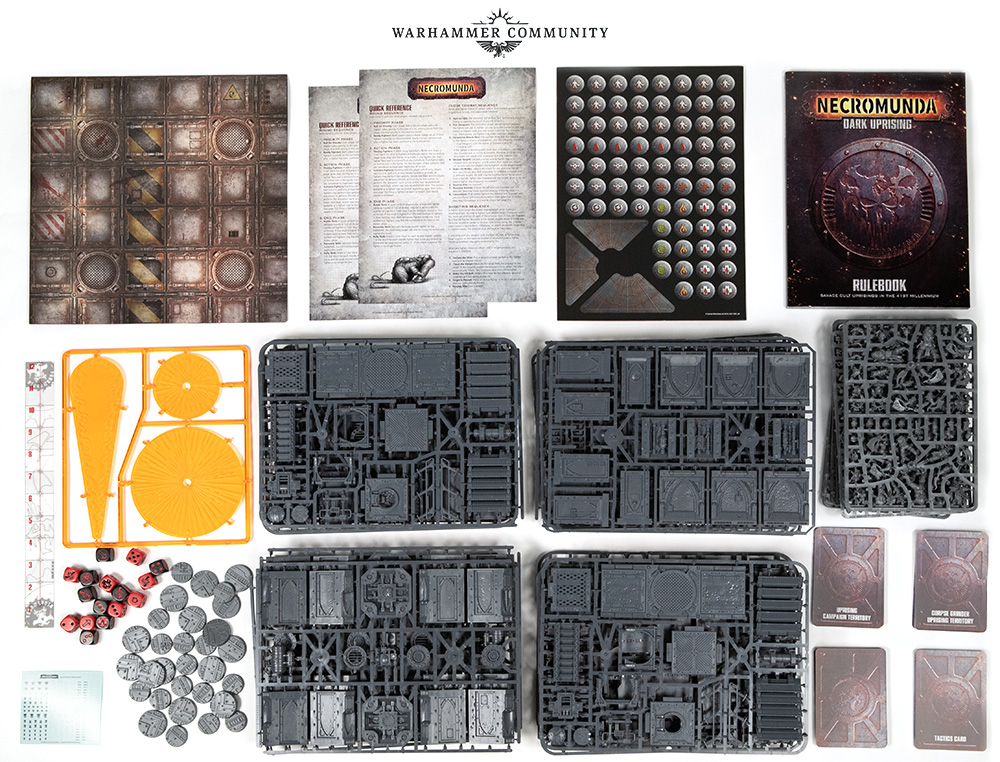 We know that you want us to tear the cellophane and pull that lid off to get at the sweet, sweet contents within, but just take a moment to appreciate that exquisite cover art.

Right, now let’s get into it…

As the name implies, it’s a book that contains the rules! This contains absolutely everything you need to play Necromunda. But it has so much more than that – it features details of the rise of the Corpse Grinder Cults and the fall of Hive Arcos, as well as details for creating your own Enforcer Patrol or Corpse Grinder Cult. There’s also a new campaign, which follows the descent of a hive into the grips of a Chaos uprising and six scenarios that capture the deterioration into lawlessness. 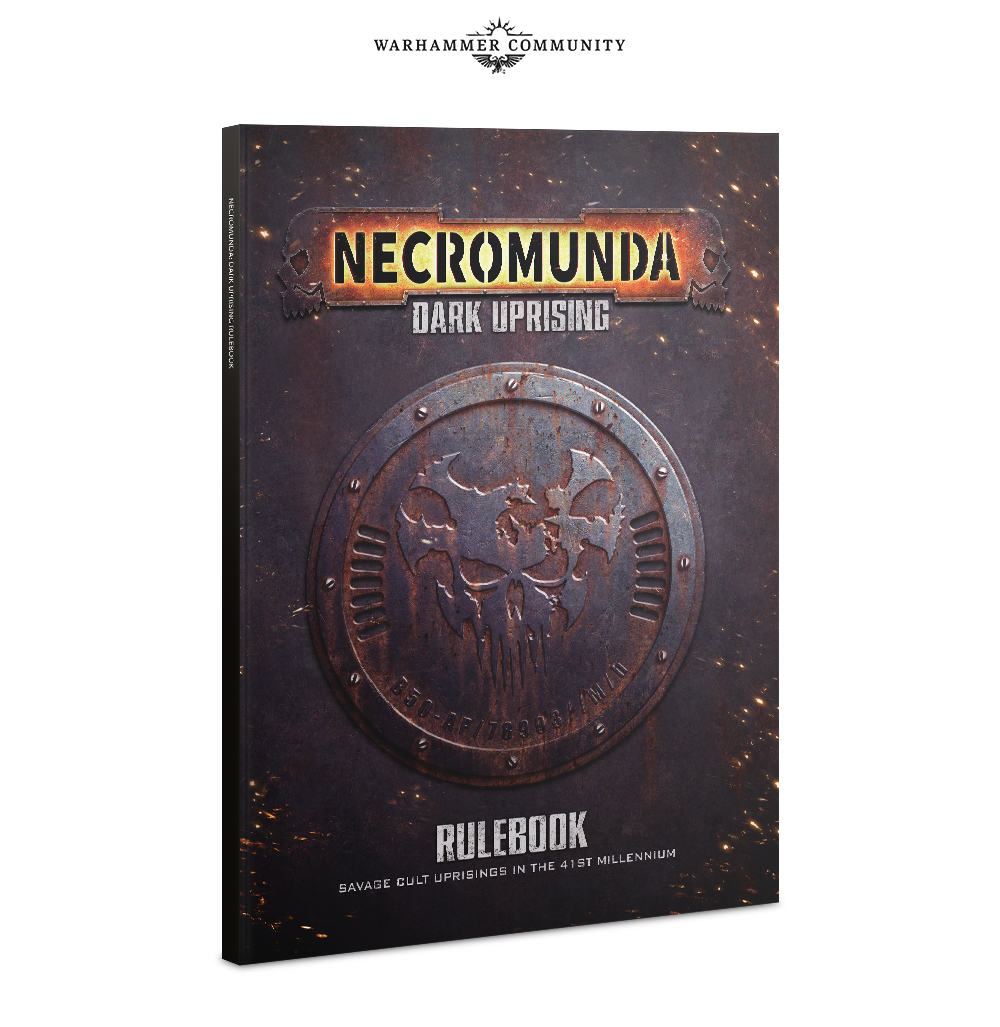 The box contains everything you need to play the game. You get a ruler, weapons templates and Necromunda dice: 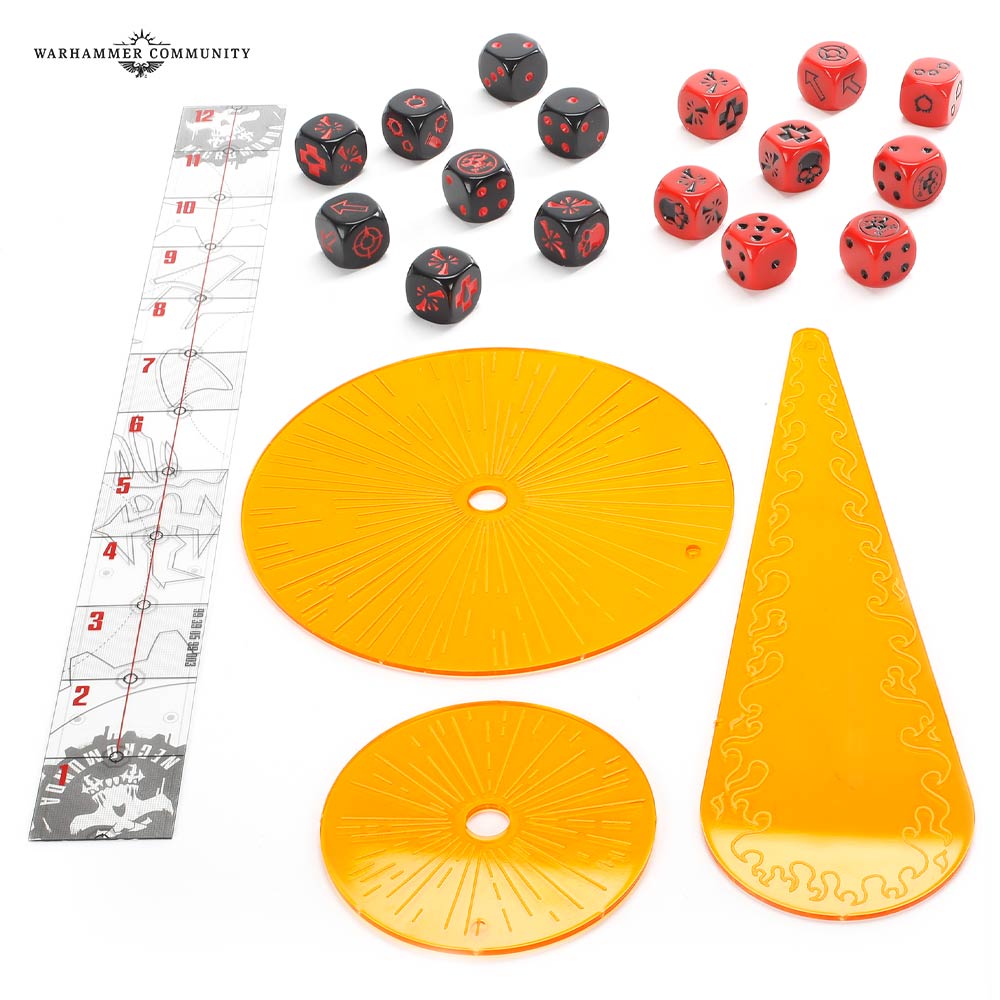 If you crave an easy way to keep track of your gang tactics, fighters and which territories you control in an Uprising Campaign, there’s this set of game cards: 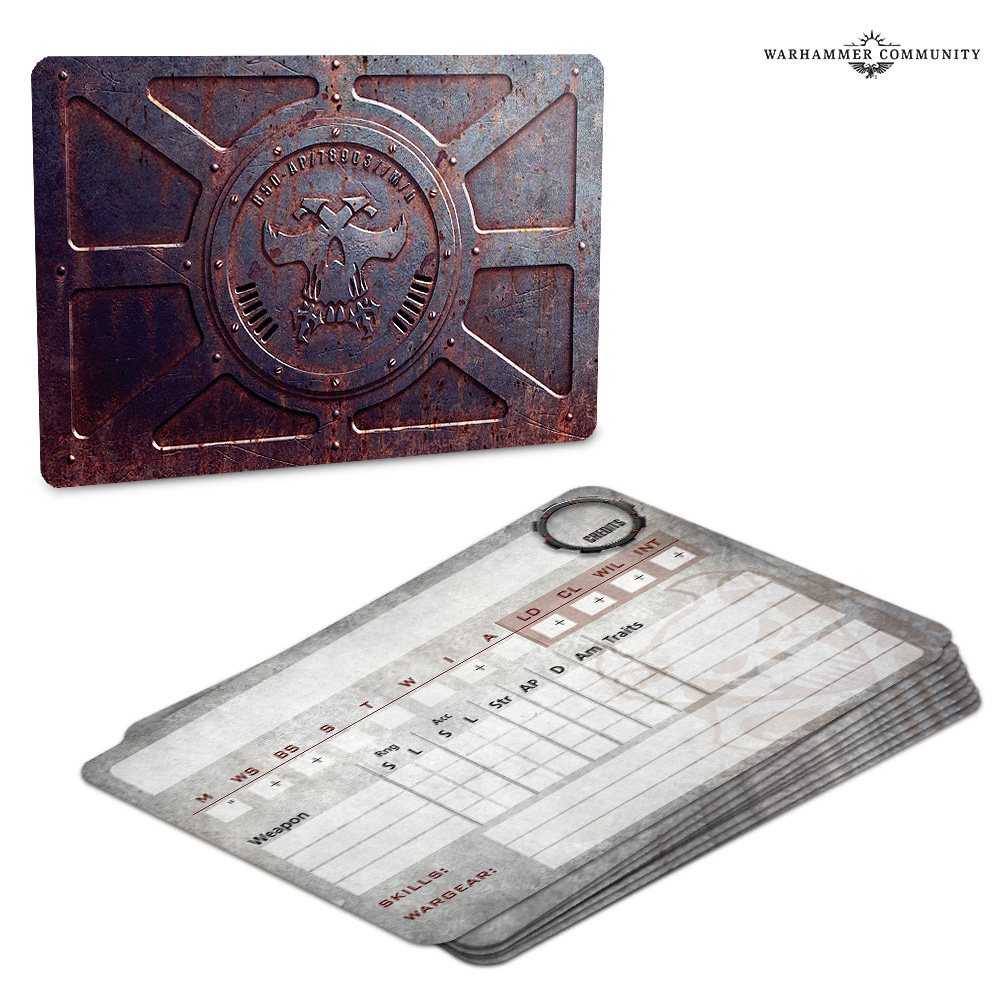 Alongside these is a sheet of double-sided tokens that help you monitor various conditions and in-game effects: 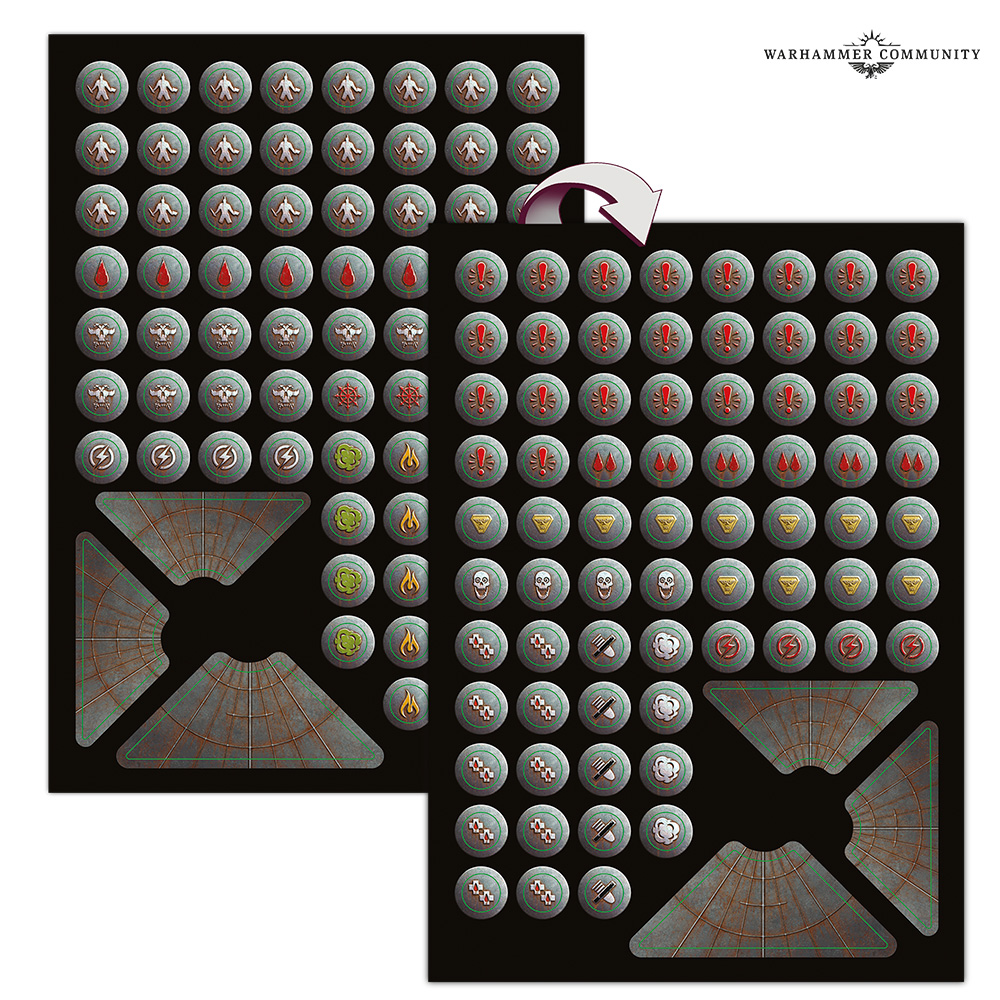 Finally, do you need a double-sided playing surface that looks like a Zone Mortalis, complete with ventilation ducts and panelled flooring? Try this for size: 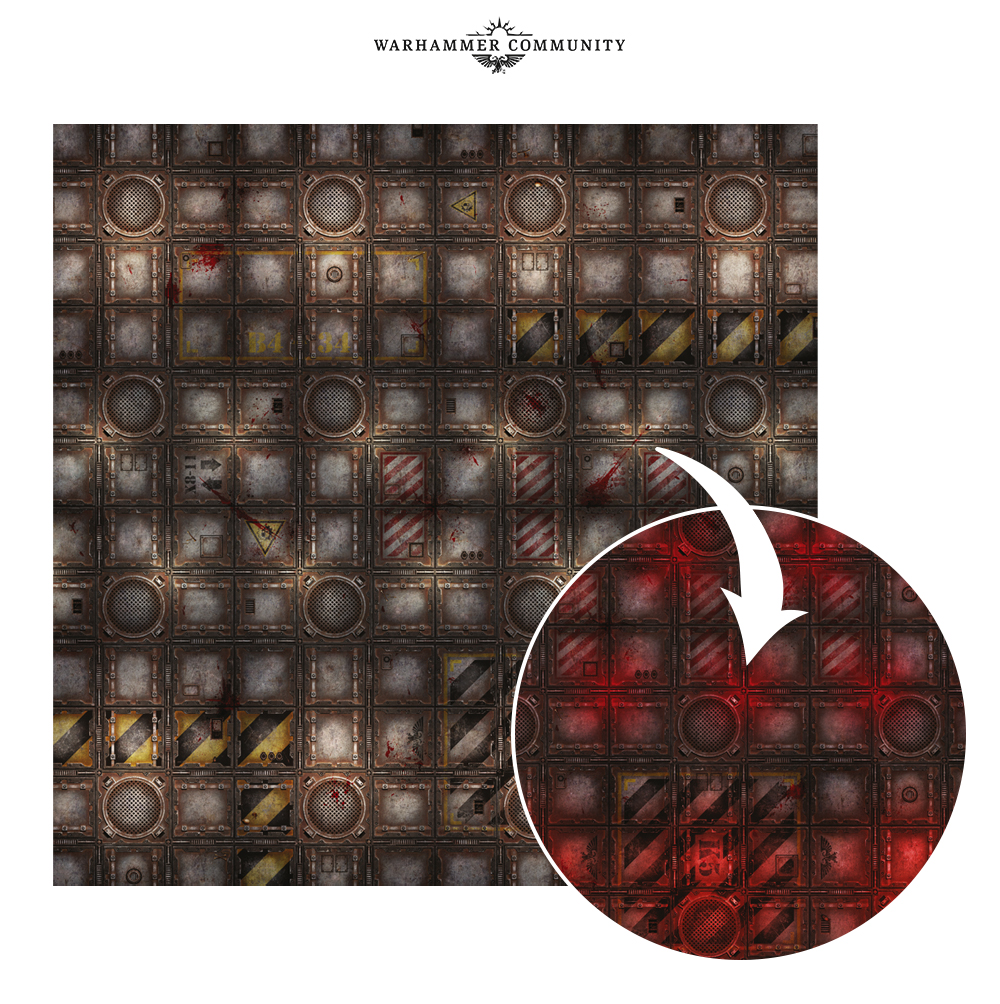 Lots of you will be particularly keen to see the gangs themselves. Check out the glorious new Corpse Grinder Cults models – you get 15 Cultists in the box!

Amazing, right? Let’s take a closer look at their sprue. 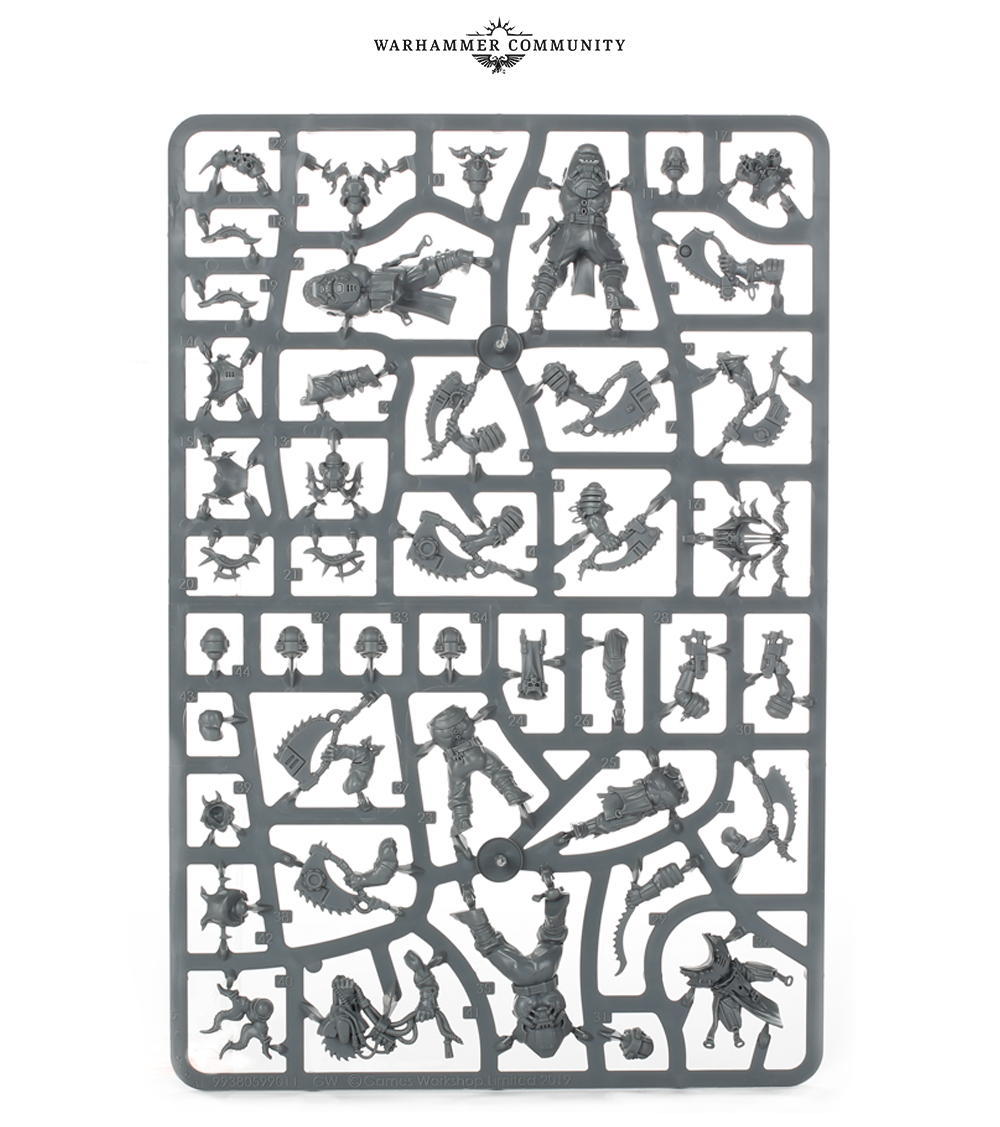 Wow, that’s a lot of brutal-looking butchery equipment, repurposed for cutting through the bones of the living. We can imagine that there might be a few Khorne worshipers who are jealous of those chain cleavers. With multiple heads and weapon options for the Butchers, Cutters, Skinners and Initiates in the gang, you get an amazing degree of customisability in this kit.

Opposing them are the forces of law and order – alongside five Palanite Enforcers are six new Subjugators.

They’re even more heavily armed and armoured than the Enforcers, making them perfect to deal with any larger disturbances. Alongside a range of unique weaponry which they use to crush any resistance, they come with a choice of heads and a range of accessories that mean your brutal law enforcers never need to look the same. 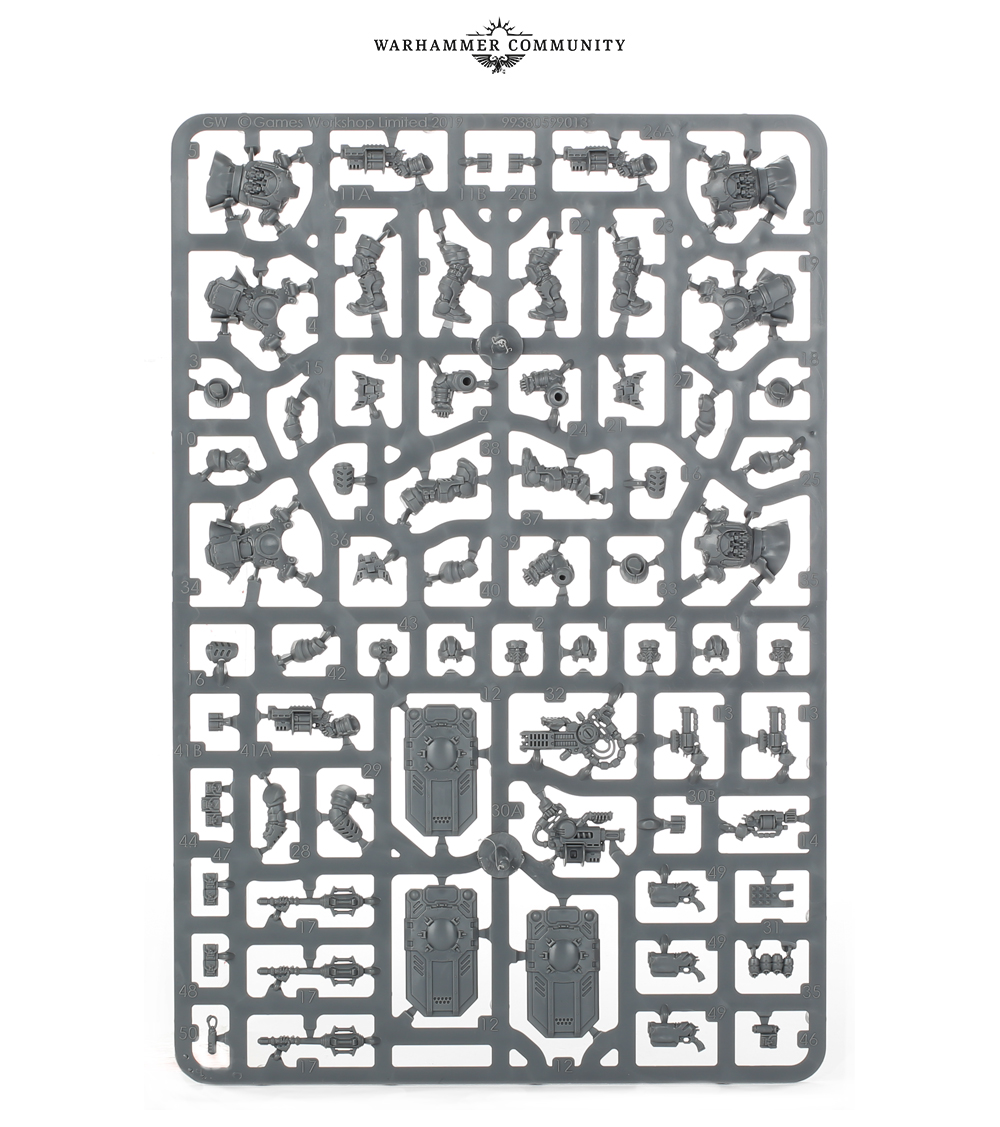 Now we get to one of the most exciting things in the box – the scenery! Not only is this the first time that plastic Zone Mortalis scenery has ever been available, but you get so much of it that you’ll need a Galvanic Servohauler to get it home. 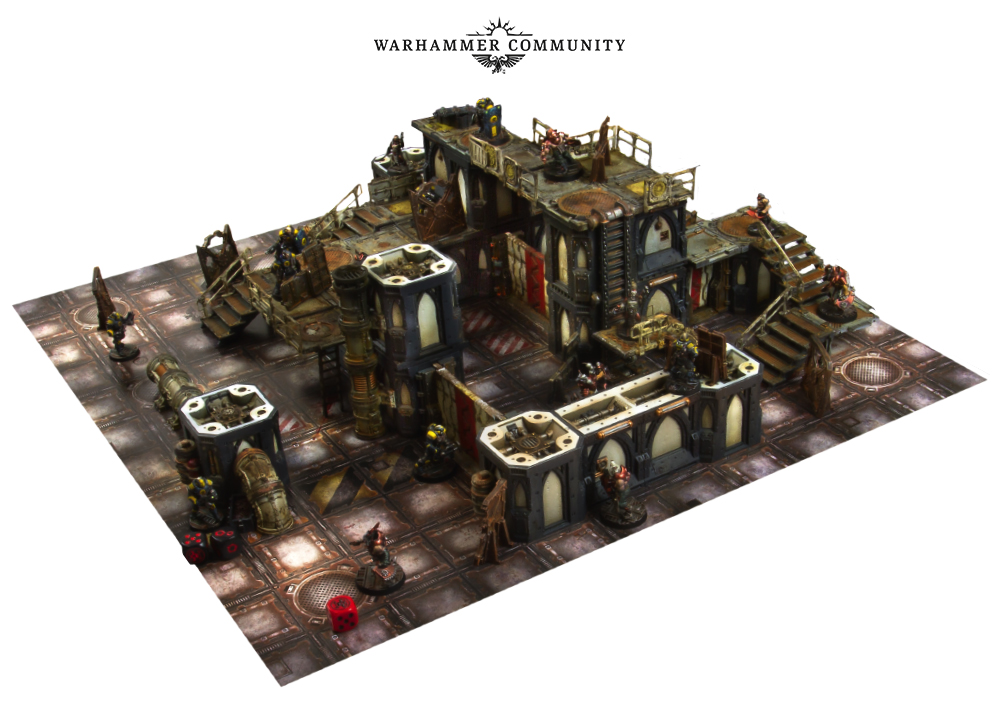 Now you can bring the battles of the 41st Millennium inside! The scenery has been designed to be interchangeable, allowing you to create a wide range of different layouts to represent your own dark corner of the underhive. It can also be mixed-and-matched with other Warhammer 40,000 terrain to build your own unique battlefields – the only limit is your imagination. 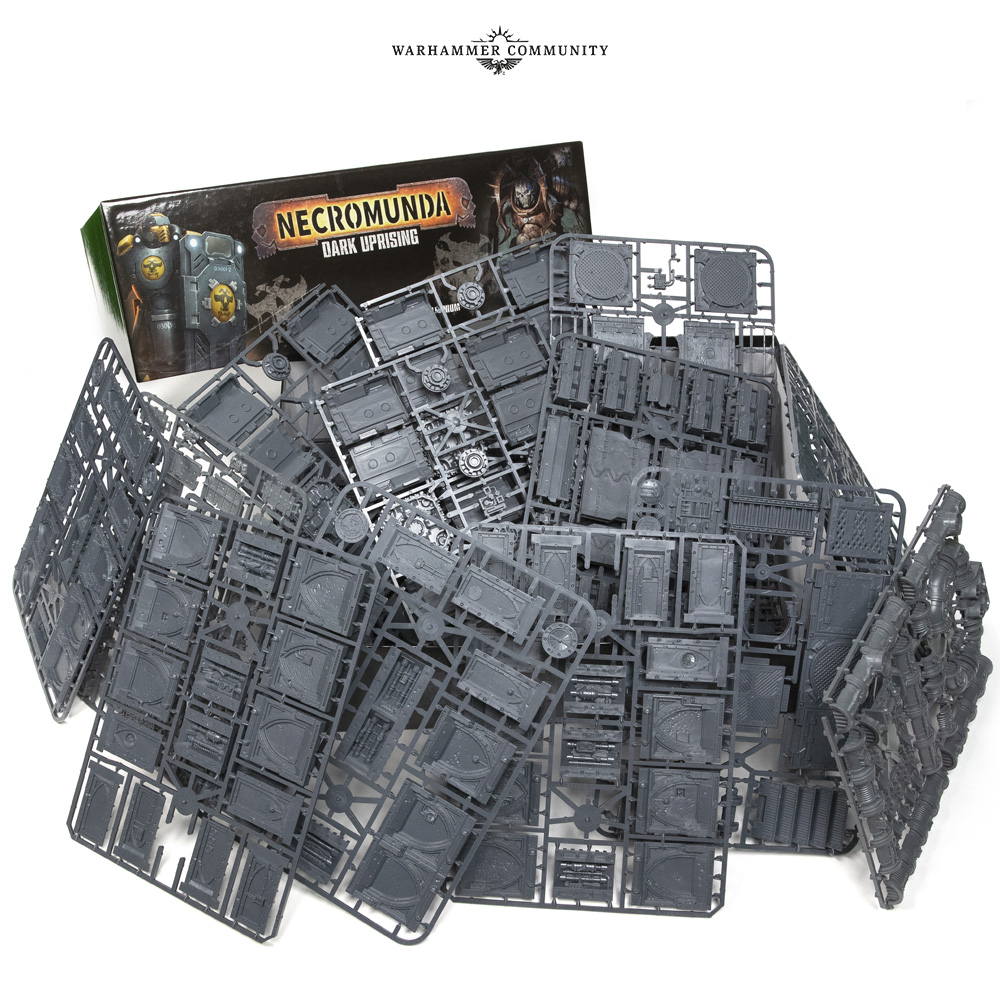 Wow, that is one seriously impressive boxed set! You’ll be able to pre-order Necromunda: Dark Uprising from Saturday. In the meantime, get ready to put down any insurrections in the underhive by picking up a Palanite Enforcers Patrol.

From the Mind of Mengel: How to Paint Tzaangor

Tzaangors are brilliant. These magic, hunting bird-folk aren’t just excellent on the tabletop, but a pleasure to paint too – …

The Regimental Standard: The Rubicon Primaris For Guardsmen

Eyeing up the Primaris Space Marines and wish the Astra Militarum had something similar? This week’s Regimental Standard has just …