Yesterday, we took a look at some of the new terror tricks that the Night Lords will be unleashing thanks to the new Horus Heresy campaign book, Crusade. Today, it’s the turn of the Dark Angels – let’s see what’s in store for the I Legion. 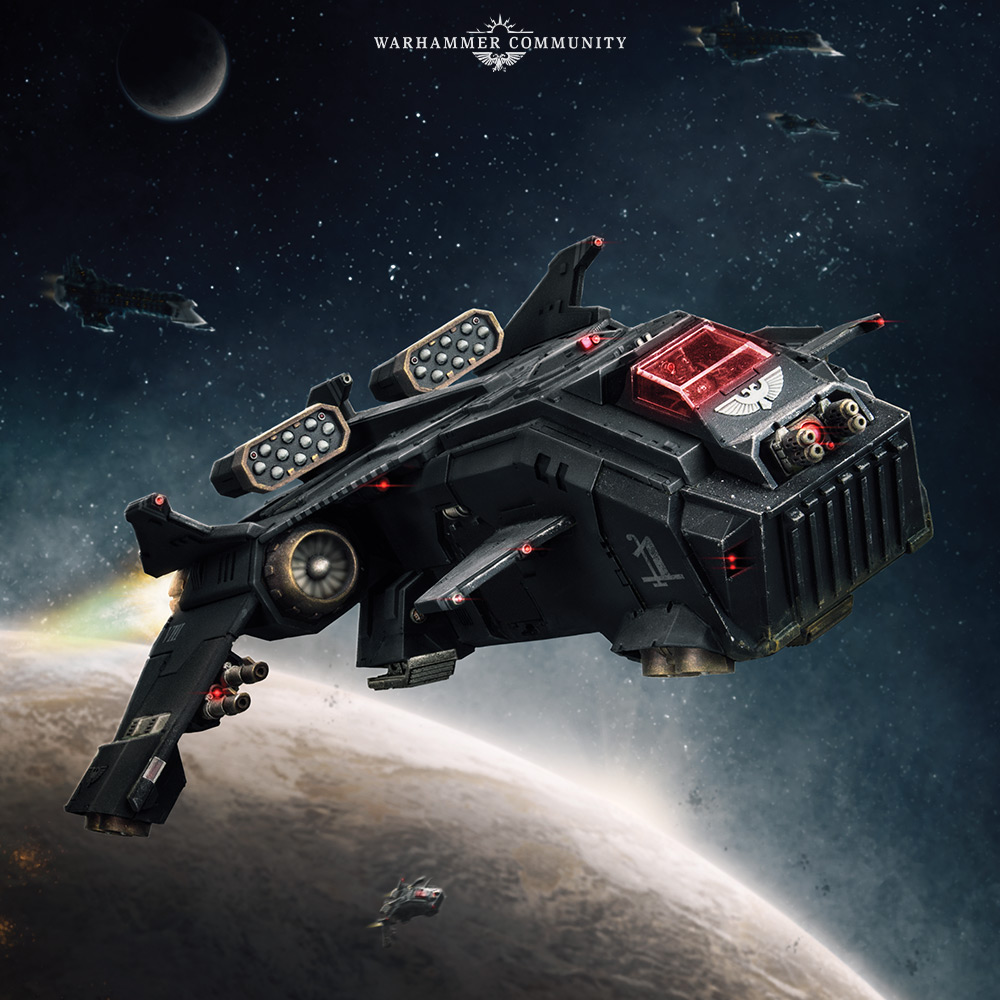 The Dark Angels had missed the beginnings of Horus’ revolution. The Warmaster had dispatched the Lion and his sons to the distant Shield Worlds, where they fought to exterminate a mysterious xenos breed. But rumours of treachery could even reach such remote places. Returning to known space, the Dark Angels heard confirmation of the Warmaster’s treason and the Night Lords’ attack upon the Eastern Fringe. The nascent Imperium stood on the brink of destruction, and the Dark Angels would not permit such a tragedy to come to pass while they still drew breath. 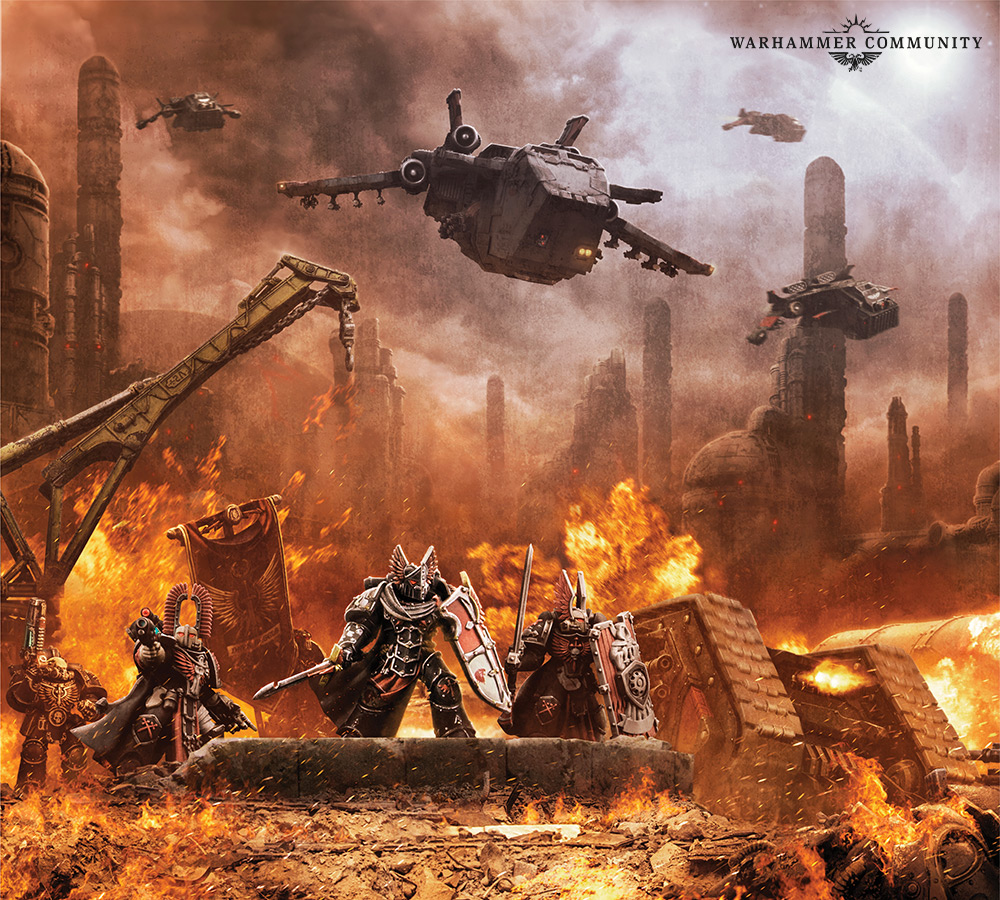 How Do They Fight?

Each Legion in the Age of Darkness has a set of specific rules that mean that they’ll play differently on the tabletop. The unyielding, ruthless and insular Dark Angels are expert swordsmen.

Characters of the Dark Angels Legion may become a scion of the Hexagrammaton.* If you want to create a unit for the specific goal of hunting down traitor Characters, name one of your leaders a Scion of the Firewing.

If you prefer something a little more secretive (and this is the Dark Angels we’re talking about here), then your Characters can join the Hekatonystika.** Become an Icon of Resolve and cut down any that would dare to fight you in melee.

Crusade also brings the Dark Angels five new Rites of War. One of these, The Unbroken Vow, centres around a Deathwing force. Thanks to the Death is not the End effect, all of the Scions of the Deathwing in the army get the Feel No Pain special rule while they are close to objectives.

However, as with all Rites of War, there are limitations. In this case, one of them is to do with the composition of your force.

However, it’s a perfect Rite of War if you want to unleash some Deathwing Companions upon your enemy.

The finest warriors from within the ranks of the Deathwing form the ranks of Companions, where they are sworn to protect the officers of the Legion. They cut down their enemies before they even have a chance to threaten their charges.

The Deathwing Companions have access to some of the Legion’s most esoteric equipment, such as the Cytheron pattern aegis. Usually, these just protect the wielders, but they can be deployed to protect the rest of the squad too. 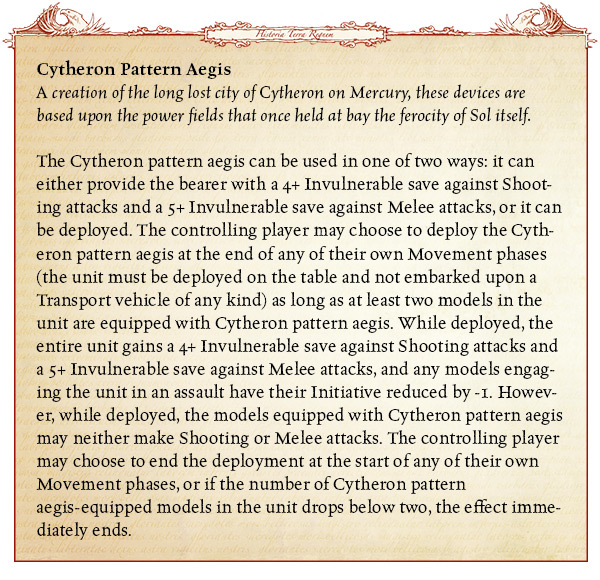 Crusade also introduces new units for the Firewing, the Ironwing and the Dreadwing. There are even rules for Marduk Sedras, the Eskaton of the Dreadwing. One of the oldest Terran Space Marines in the Legion at the time of the Horus Heresy, he turned down a role on the Council of Masters so that he could continue to fight on the battlefield. Despite his age, he can still hold his own.

To help deliver the ultimate destruction that was the hallmark of the Dreadwing, Sedras carries one of the most devastating relics of the Legion. 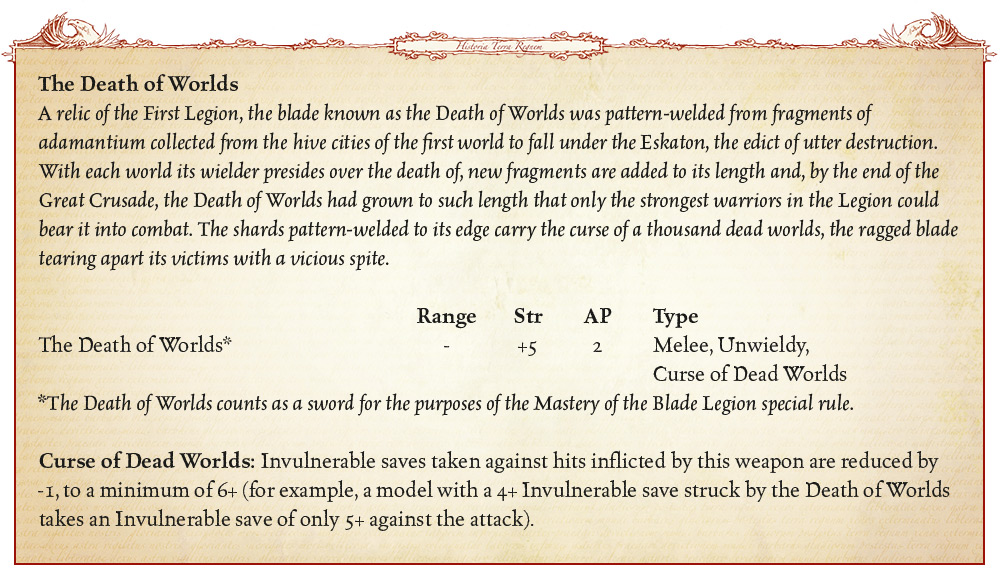 If you have to absolutely destroy anything in your way, then unleash Marduk Sedras upon your enemies. 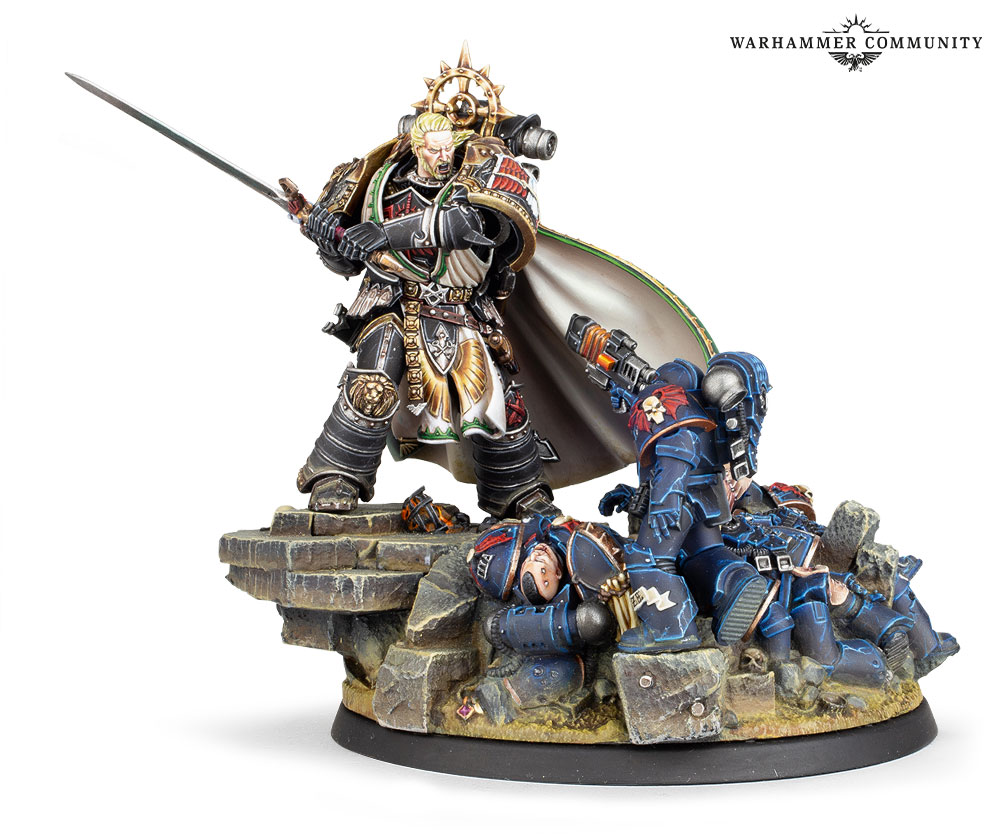 The Horus Heresy Book 9 – Crusade is available to pre-order from Friday and is packed with new units, new rules and previously unrevealed background for the Dark Angels. Also available from Friday is Lion El’Jonson himself! In the meantime, grab an Inner Circle Knights Cenobium unit so that you’re ready to take on the Night Lords and claim Thramas for the Emperor.

* The six Wings of the Hexagrammaton (Stormwing, Deathwing, Dreadwing, Ironwing, Firewing and Ravenwing) contained some of the finest warriors from across the Legion as members.
** The Orders of the Hekatonystika bore the heavy burden of keeping the most secret and dangerous knowledge of the Legion.

The Road to Thramas – Part 6: Back on the Road

What better way to get back on the road than by looking at fighting vehicles? Check them out now.

The Lore of Caliban

Planning a Horus Heresy holiday? We wouldn’t recommend Caliban – find out why.