Matt is the host of the popular Sprues & Brews podcast and a Warhammer enthusiast in every sense. We heard that he was a bit of a fan of big, scaly, scary beasts, so we tracked him down to ask about his favourite dragons in Warhammerdom, and he was all too eager to share his thoughts!

Matt: When I’m not embarking on my campaign to find everyone’s favourite miniature and hot beverage, I can be found enthusiastically trying to fit as many monsters as possible into a single army list. The worlds of Warhammer are filled with horrific beasts, flying fiends and terrifying behemoths that leave poor Johann trembling in his boots.*

But what about the most noble and graceful of mighty beasts, the legendary dragons that glide through the skies before unleashing devastation on their unwitting foes? Here are my top five flying death-dealers. 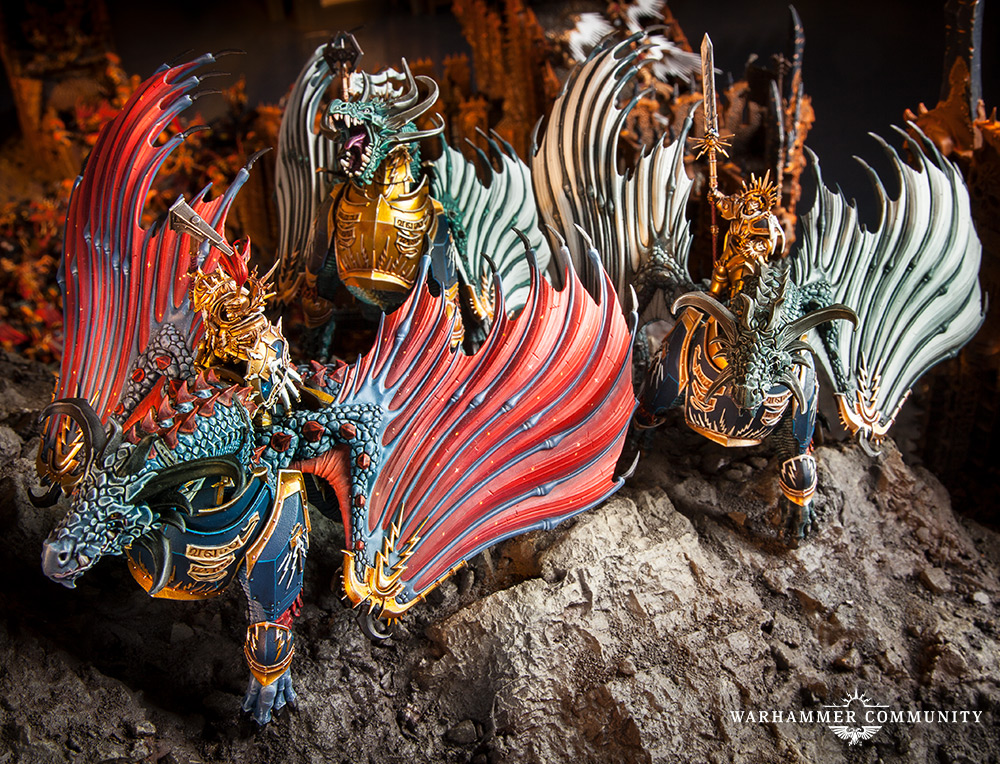 Sigmar wasn’t messing around when he enlisted the aid of the Stardrakes in his campaign to cleanse the Mortal Realms of the scourge of Chaos. But these aren’t just your standard, vanilla-flavoured dragons – no, these are the children of the Great Zodiacal Godbeast Dracothian and creatures of pure celestial magic. Yes, dragons made of stars! Make sure you bring an umbrella with you as these mighty creatures can make it rain stars, and you can bet that’s going to soak you through more than a bit of drizzle! 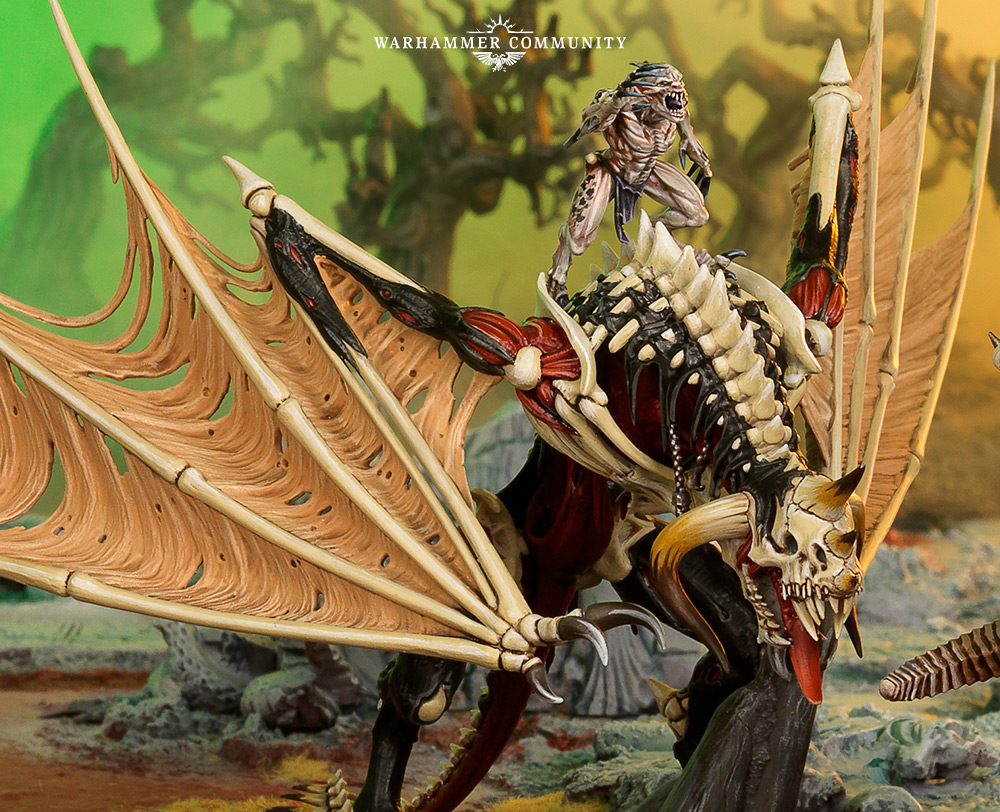 For those who like their dragons to be less… living, we turn to the Zombie Dragon. Can you imagine all the food you would go through making sure your massive house-sized drake is fed? Save all the hassle of this by ensuring you never need to feed your dragon – make sure it’s a horrific undead beastie! While your traditional living dragon probably breaths fire, this creepy character unleashes a stream of pestilence on those that are unlucky enough to stand anywhere near it. Just make sure to hold your breath, as I can’t imagine that smells very good at all… 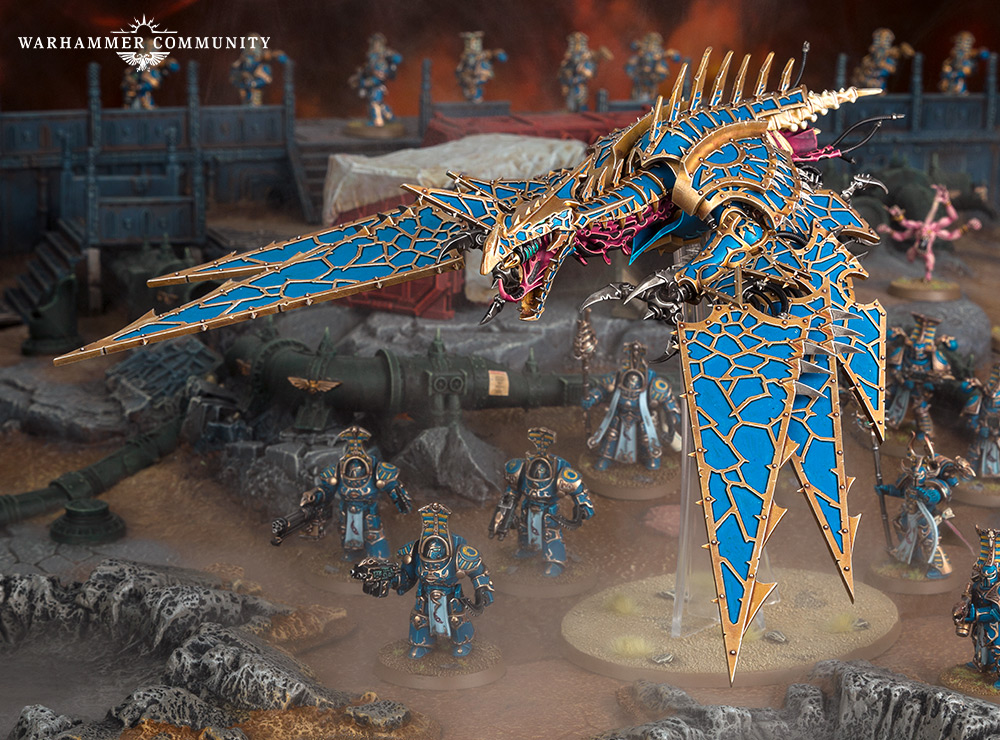 We turn to the grim darkness of the far future with what might be the only dragon still kicking around in the 41st Millennium (Adeptus Mechanicus sources warned me that scandalous rumours of a “dragon” lurking beneath the surface of Mars are nothing but bobbins. Probably). The Heldrake is what you get when an aircraft and a Daemon combine and decide that dragons are pretty cool! Soaring over battlefields, their distinctive silhouettes eclipsing the sunlight, Heldrakes strike fear into humble Guardsmen – just before unleashing a torrent of flaming doom upon them. When it comes to things you probably don’t want to be chased by, a biomechanical Daemon-dragon thing is probably fairly high on the list. 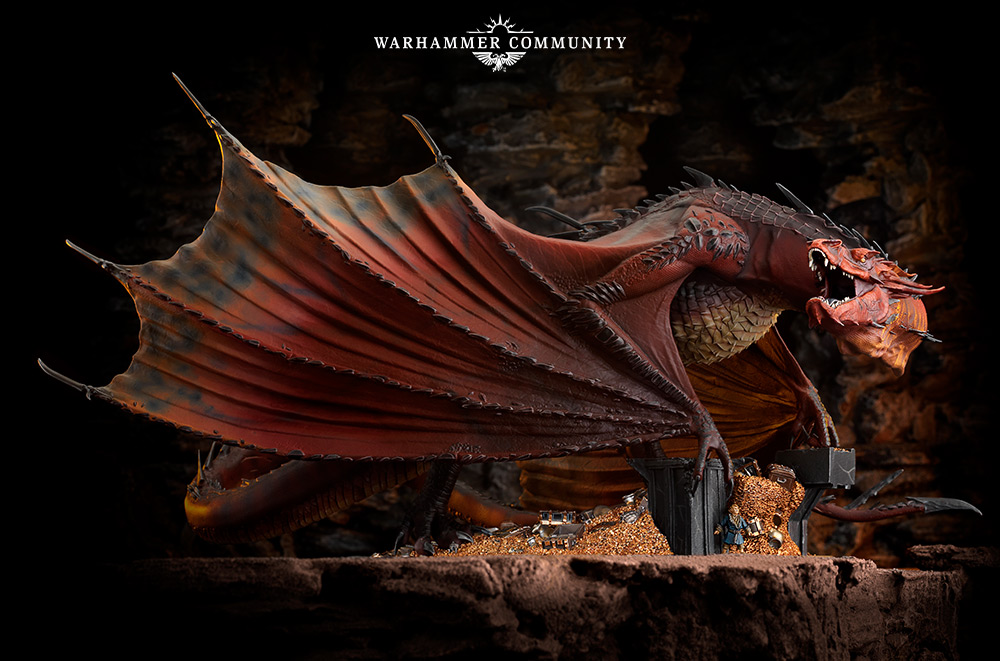 Smaug the Magnificent, Smaug the Unassessably Wealthy, Smaug the Chiefest and Greatest of Calamities… He goes by many names, but I think it’s safe to say he’s one of the best-known dragons in the world and so deservedly gets a place on this list! After dooming the kingdom of Erebor to an unexpected barbecue, Smaug gathered a horde consisting of all its treasures, including the legendary Arkenstone. I’d bet Smaug has a couple of pots of Retributor Gold in his collection too…

1 – Skalok The Skull Host of Khorne 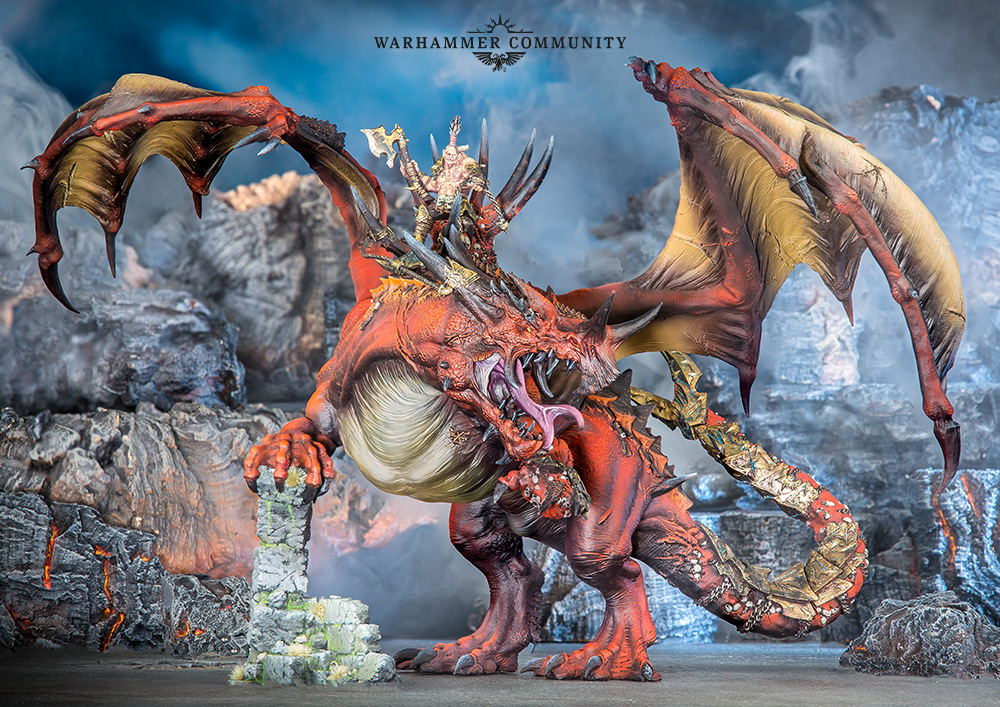 What do you get when you take a mighty Godbeast and imbue it with the wrath and rage of the Blood God? Skalok was a Godbeast from the realm of Ulgu who met her untimely demise at the hands of Vorgaroth, a champion of Khorne who had been tasked with killing the creature. The two combatants fought tooth and claw in the heart of a mountain until Vorgaroth finally managed to strike down the Godbeast. Amused at the martial prowess of this creature, Khorne decided to breathe new life into the dragon, stitching its body back together with unnatural powers. Khorne bound their fates together with a curse – if either one is slain then the other would be torn apart by the Blood God. With this surprisingly effective motivation, Vorgaroth and Skarlok have spent many long years as Khorne’s equalisers – turning the tide whenever his armies look to be defeated.

For those who want to see the destructive power of Skalok, I commanded her to victory on Warhammer TV where she ate almost 100 Skaven!

Thanks, Matt! Dragons exist in one form or another in a great many Warhammer games, and this list picks out just five. Did Matt miss your favourite? Head to Facebook and let us know what you would have chosen, and why!

* Although recent events have caused Johann to rethink his legacy…

When Is Your Army Finished?

How do you decide when your current project is done? Read this for a few different ways to answer that question.

Events Galore in Nottingham and Grapevine!

Attending events is one of the most fun parts of being a Warhammer fan. Whether you’re new and going to …

White Dwarf News and a Preview

Get all the latest news about the ultimate Warhammer magazine.