Looks like the Crypteks have been working overtime! This past weekend was fortuitous for the dynastic Overlords of the Necrons, bringing them a host of newly revealed units that will be included the incredible Indomitus boxed set and beyond.

As any fan of Necron lore can tell you (or anyone who’s played with or against them on the tabletop!) you can’t keep a good Necron down. Take out a Necron Warrior, and chances are he’ll be back on his mechanical feet in a week or so. However, sometimes an Overlord in a hurry needs to give his troops a hand up – which is where the Canoptek Reanimator comes in. 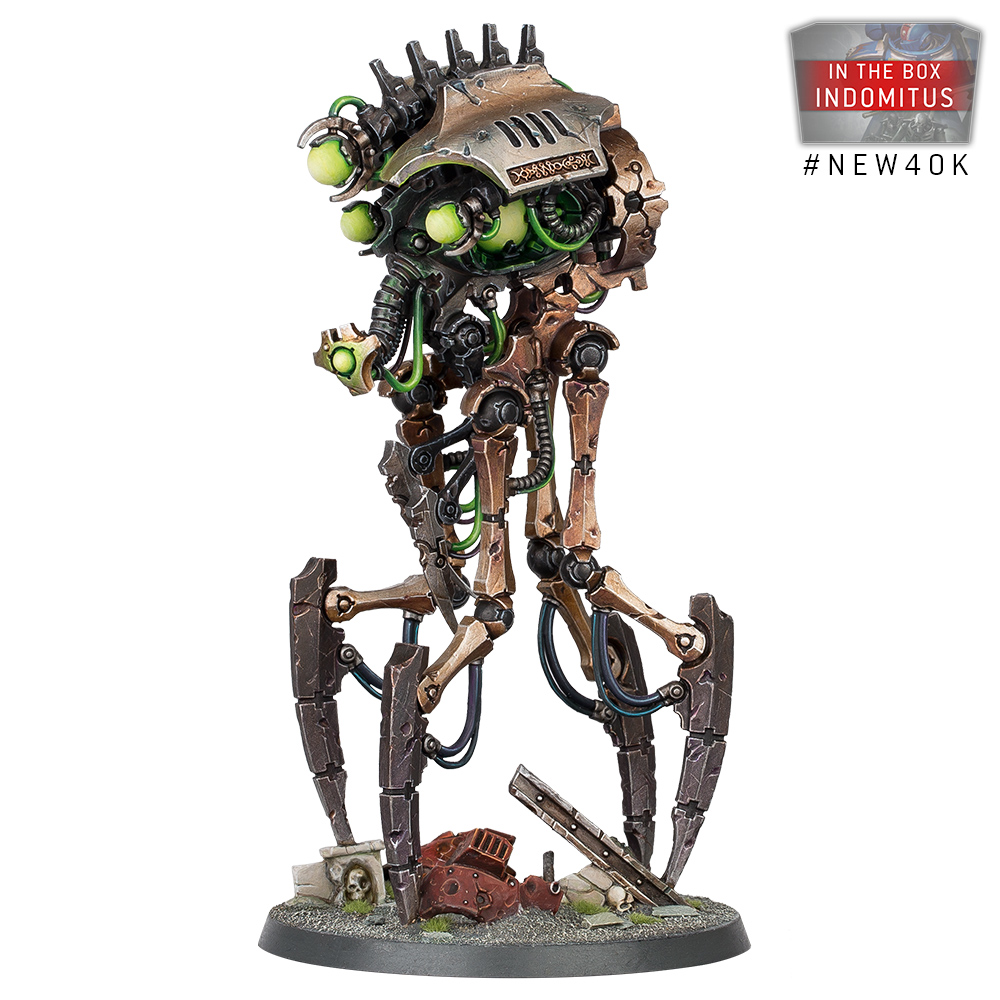 Like many Canoptek constructs, these repair units are created by the Crypteks to keep the tomb worlds and their armies in tip-top shape – whether they’re taking a well-deserved rest or scourging the universe of any upstart civilisations who’ve moved in over the millennia. On the battlefield, you’ll find your Canoptek Reanimators the perfect accompaniment to your valuable troops, helping you nail those all-important Reanimation Protocol rolls. Just imagine pairing some with a phalanx of Lychguard…

As you’d expect for something with claws that big, the Canoptek Reanimator is no slouch in combat. It’s capable of skewering any unfortunate Space Marines that mistake your support units for a vulnerable spot in your line. Ranged attacks also allow you to deanimate foes as quickly as you reanimate friends! 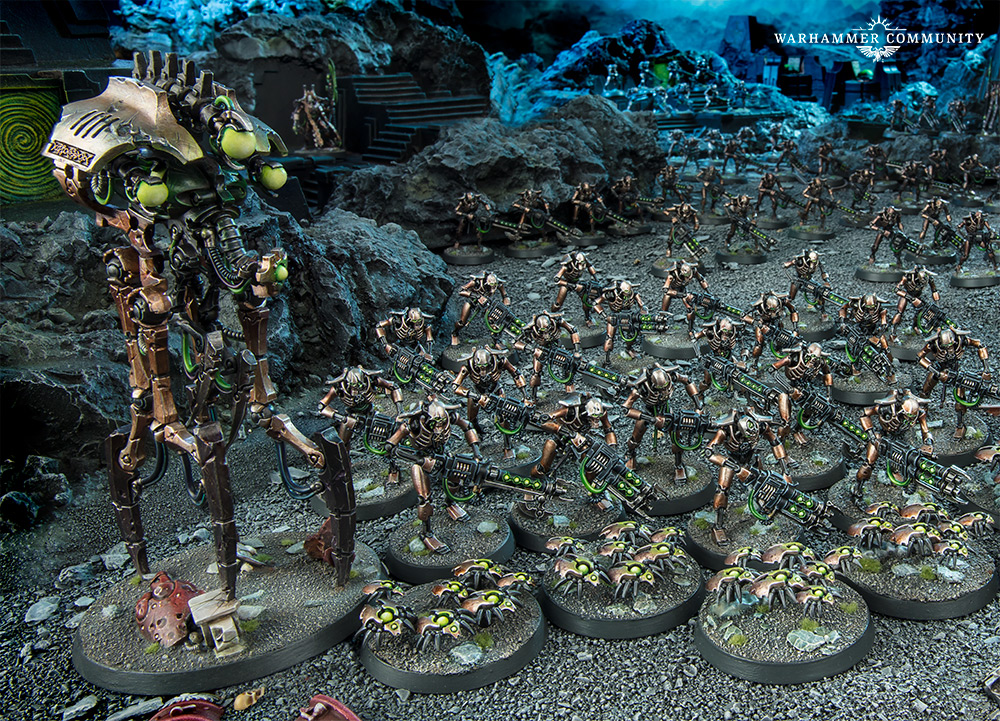 We’ll be taking a closer look at the rest of the units from Indomitus, and the rules from the boxed set, in the coming weeks! In the meantime, join us across Facebook, Twitter and Instagram and with #New40K to let us know how you’ll be using this terrifying construct.

Still hungry for more from Indomitus? You can check out the full contents of the set in our preview.

Turn Your Friends into Warhammer Fans!

Transform any pal into a fellow Warhammer fanatic with our recruitment guide!

Learn about the awesome Designers’ Notes article on the Indomitus miniatures in White Dwarf issue 456.

It’s Sunday, which means that today’s the day for a Sunday Preview! New Warhammer 40,000 starter sets, anyone?