Welcome back to your regular monthly briefing about the latest goings-on in the underhive. I’m Precinct Captain G-122, and I’ve got new intel for you about what the gangs have been up to. My informants put themselves in real danger for this information – so pay attention.

Medical care is patchy at best down here. We’re seeing a rise in the number of Rogue Docs offering their services. 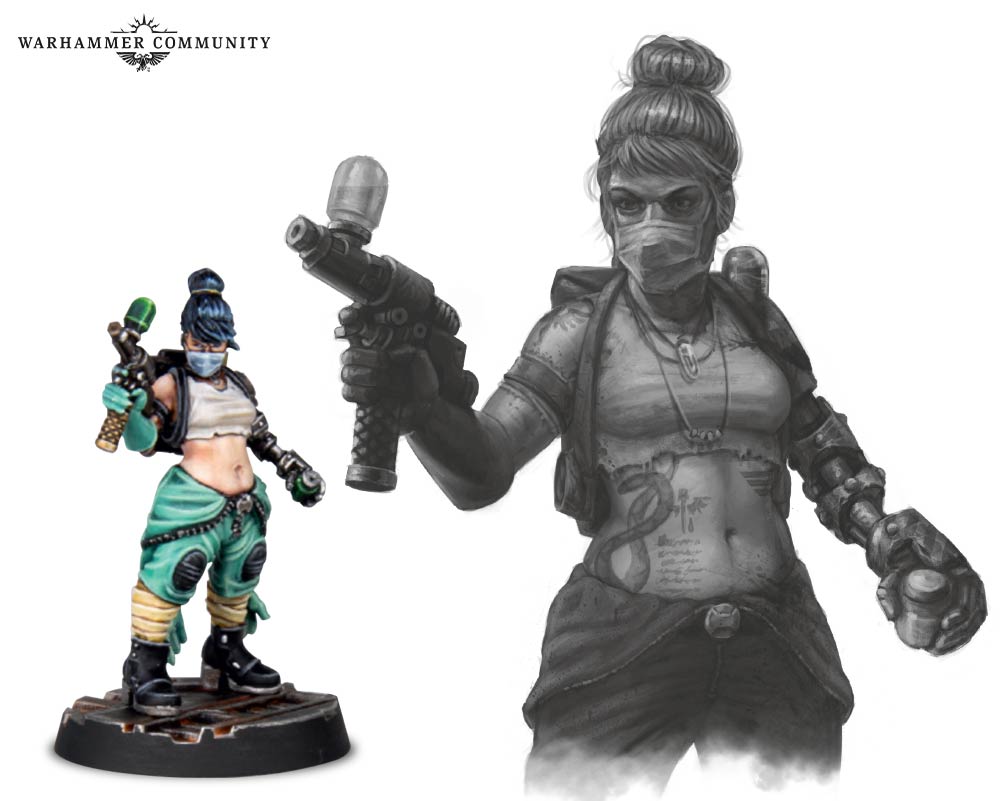 Whispers say lots of them are former Eschers who couldn’t make it as Clan Chymists and now scrape together what creds they can by patching up gunshot wounds. You’d have to be desperate to use them, but there’s plenty of desperation in the lower levels… 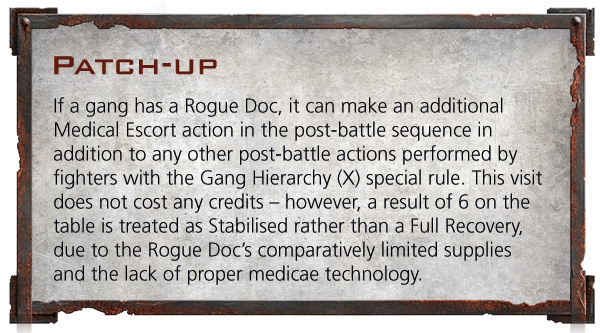 It’s not just us who like to make sure we have eyes on everything that’s happening out there. Gang Leaders – especially the paranoid ones – are using Gang Lookouts to watch the borders of their territory for rivals closing in. Some of them are even using their Lookouts to lead enemies into an ambush. Could lead to some problems – we should be ready to jump in and bust heads if we need to. 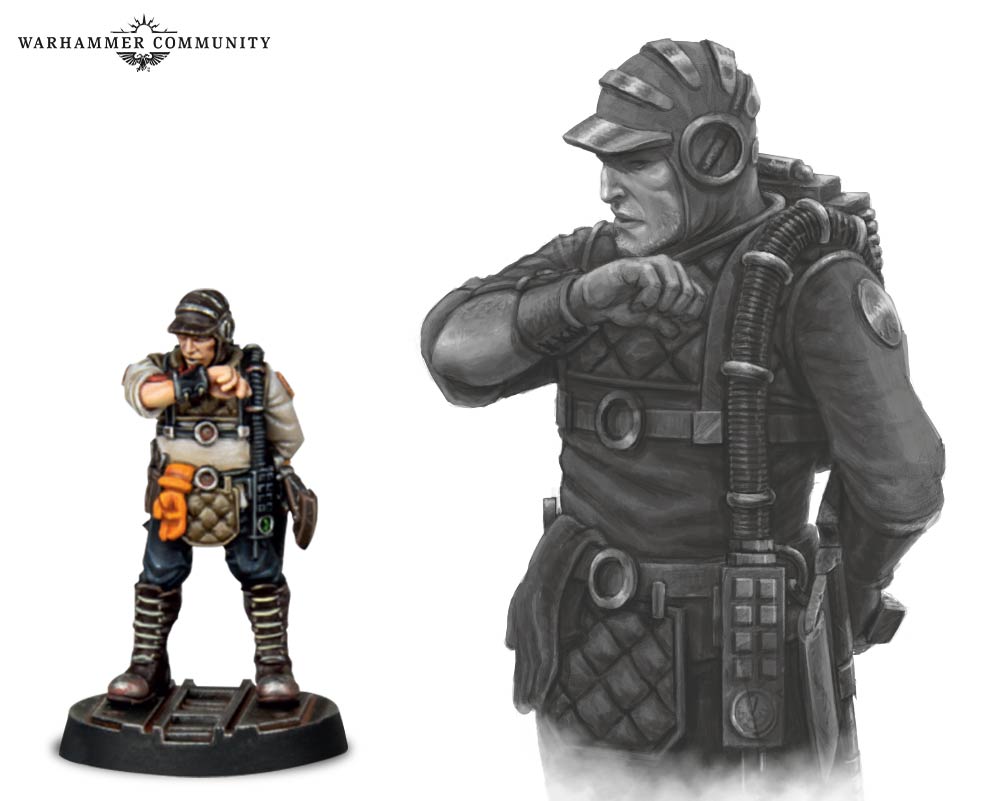 Last time, we told you to keep an eye out for some of the new weapons those Escher Matriarchs have gotten their hands on. Turns out some of ‘em have picked up surplus servo claws as well. With that kind of strength, there are gonna be more than a few Escher gangs expanding their territory real soon. 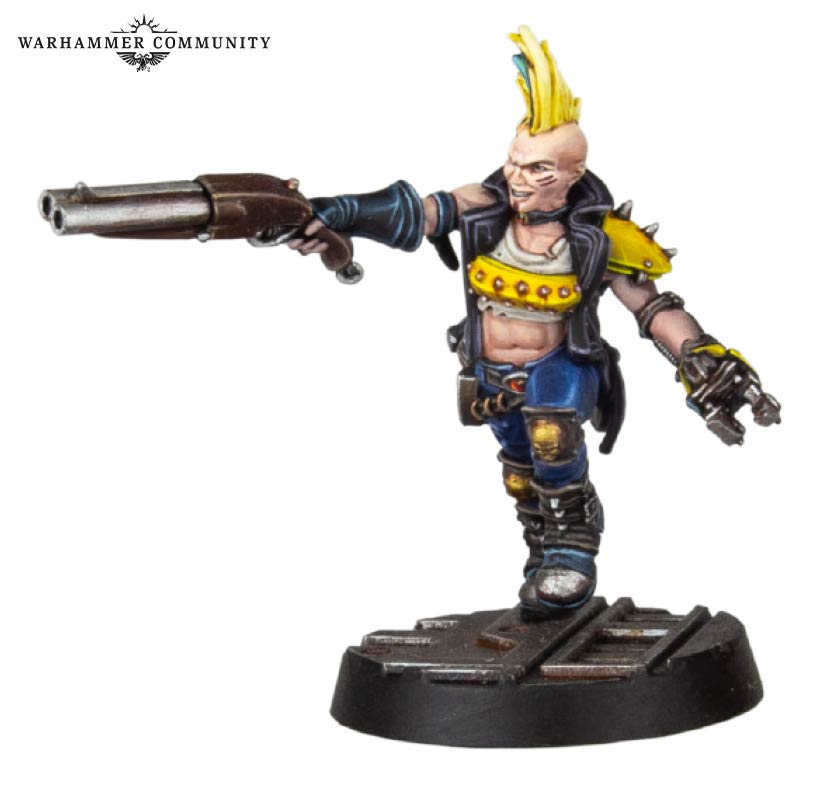 That’s not the only weapon the Eschers have coming their way. We’ve heard about arms shipments stamped with the sigil of the House of Blades that’ll be hitting downhive soon. When they get their hands on these, we’ll have some major problems… 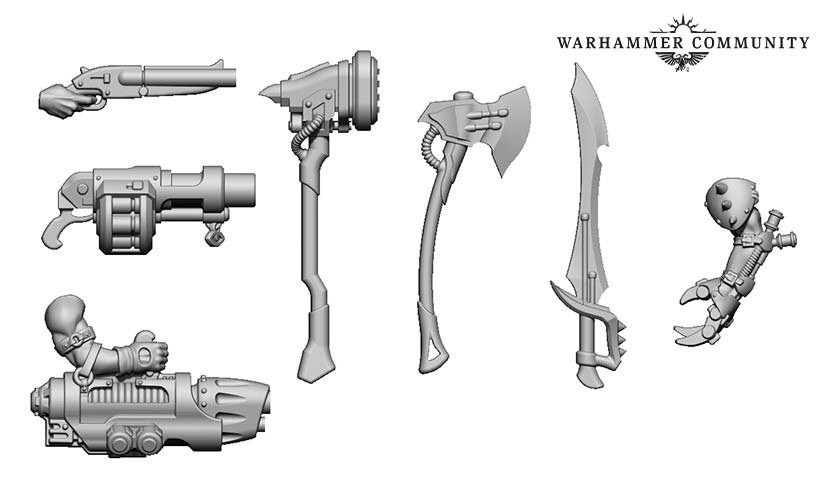 Briefing’s over. Let’s get out there and keep an eye out for these weapons – we’ll schedule some additional drills so you know what you’re dealing with. Stay safe, Enforcers, and remember to discuss this intel and show us your recon photos of Escher gangs on Facebook.

Our Enforcer Captain has some updates on a mysterious man in red seen on Necromunda.

Enter the House of Blades

Take a look at the lore of House Escher.

House of Blades: New Rules for the Escher

Want to see what new tricks Escher Gangs are getting? Take a look at our rules preview.