Welcome to our latest Faction Focus! In this Apocalypse rules preview, we’re checking out the indomitable Astra Militarum – an army with more tanks than some Factions have infantry. If you’ve got an army of Guardsmen you’ll be taking to Apocalypse, or if you’re looking to field a Detachment alongside the rest of your Imperium forces, read on… 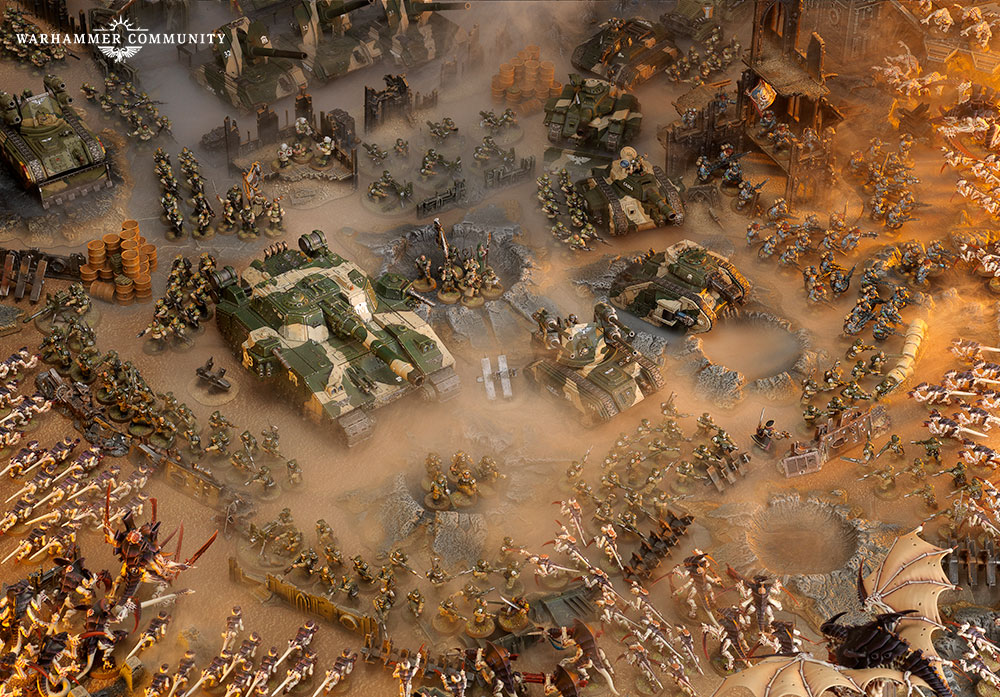 Astra Militarum armies in Apocalypse have some of the best and most varied armoured units in the game, capable of crushing their foes with a dizzying array of tanks and walkers of all shapes and sizes. With the scale of Apocalypse, you’ll be able to field an army of tanks where each unit fulfils a distinct role – columns of Bane Wolves and Devil Dogs incinerating infantry while Basilisks and Manticores devastate your foes at extreme range. 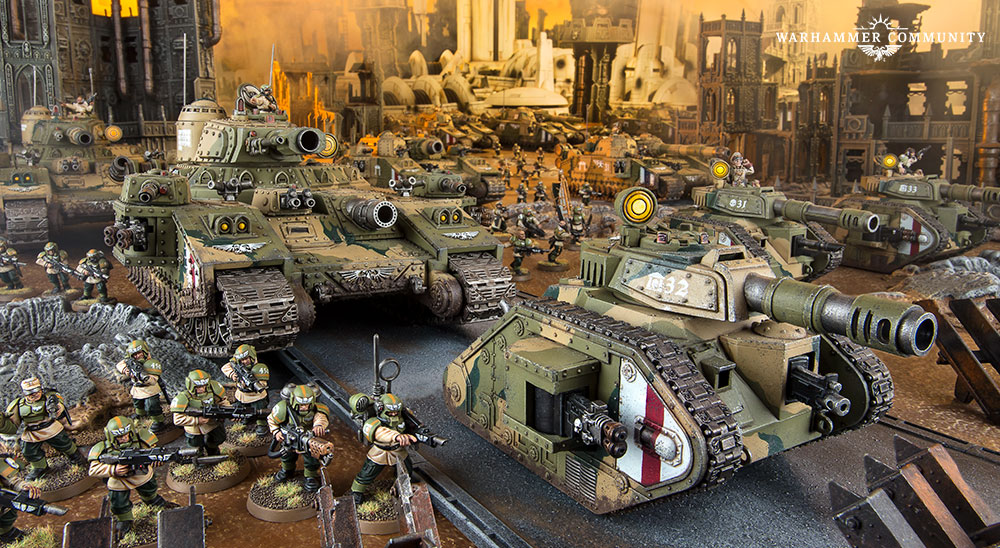 One place the Astra Militarum really excel is in their Characters, who reward you for tactics and strategy rather than sheer shows of might. Many Characters possess the Officer special rule, which allows you to generate even more Command Asset cards in order to unleash even more of these powerful abilities on your foe.

In Apocalypse, each Detachment gets a Warlord, so you’ll want as many as you can get in an Astra Militarum army! Several key support Characters allow you to enhance your army even further – a Master of Ordnance makes Basilisks, Wyverns and Manticores even more terrifying, while a coordinated air-strike called in by an Officer of the Fleet will leave even the toughest enemies reeling! 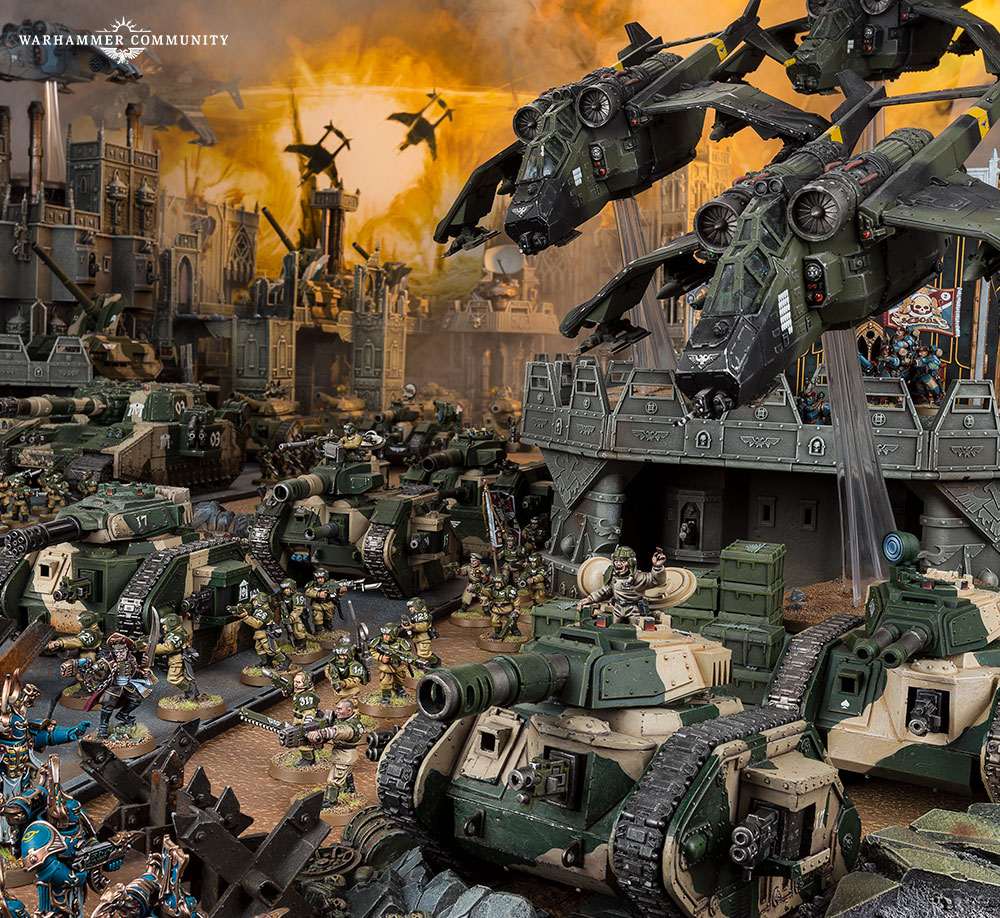 Of course, it’s not just about the heavy armour – the Astra Militarum have access to some very solid infantry. On the massive battlefields of Apocalypse, Tempestus Scions using their Deep Strike ability are perfect for picking off far-flung foes, while Guardsmen are superb for holding objectives. Don’t underestimate their lasguns, either – they might not be much on their own, but with enough of them, you’ll be able to down anyone who dares get in your way.

The Leman Russ is the tank all tanks wish they could be – a reliable stalwart that’s been part of Astra Militarum armies since… basically forever. As you’d expect, this classic battle tank is as much as a workhorse in Apocalypse as it is Warhammer 40,000, with a huge variety of weapons to choose from and the ability to fire its main weapon twice to boot. 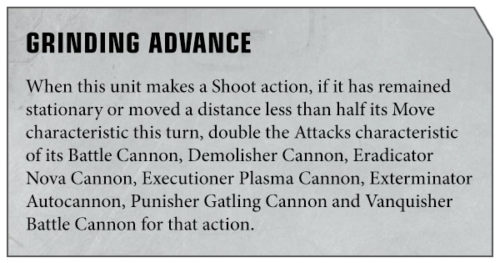 Well, it wouldn’t be Apocalypse without the Baneblade, would it? This massive war machine (and its various brethren) is just as deadly as it is in Warhammer 40,000, with its frankly dizzying array of weaponry allowing you to tangle with pretty much anything your opponents throw at you. With 5 Wounds and a 6+ Save, the Baneblade is incredibly tough by the standards of Apocalypse, too. With the new Baneblade box letting you build any variant out of one set, the only question is which you’ll choose. 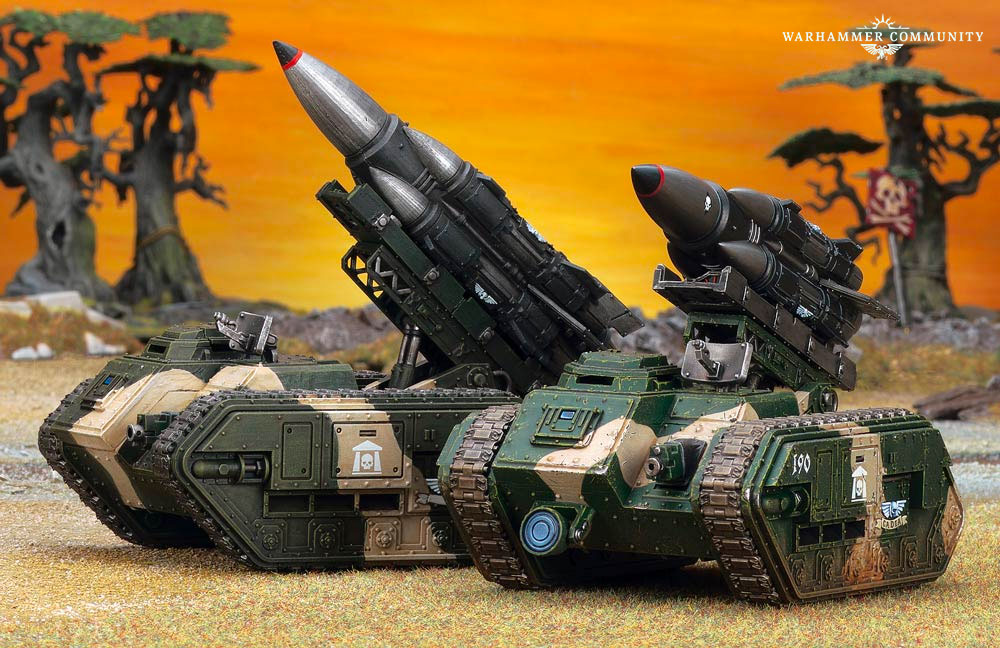 Loved. Feared. Laughed at. The Deathstrike is one of Warhammer’s most infamous units, and with good reason – they’re deadly, ridiculous and the perfect encapsulation of the Imperium’s rather extreme approach to warfare. In Apocalypse, the Deathstrike has the potential to deal utterly catastrophic damage should it be lucky enough to fire. With damage resolved at the end of the turn, your opponent may not even be able to shoot it off the table in time to stop you. 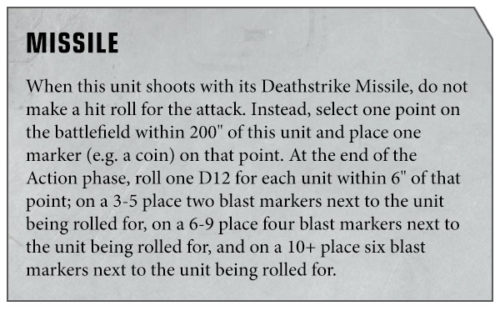 Psykers of all stripes have access to some awesome new powers in Apocalypse, allowing you to harness game-changing Command Assets. Any Astra Militarum army is going to want to grab a Primaris Psyker for the purposes of harnessing Psychic Barrier – the perfect way to render any wall of armour even harder to breach. 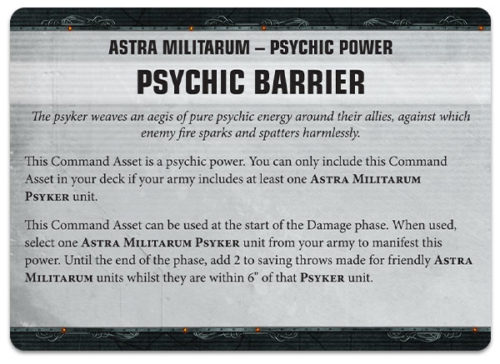 One of the most thematic Command Assets available to the Astra Militarum is Brutal Strength. Available to Catachan forces, this makes an entire Detachment utterly lethal in close combat. Just wait until Colonel Straken punches out a Khorne Lord of Skulls… 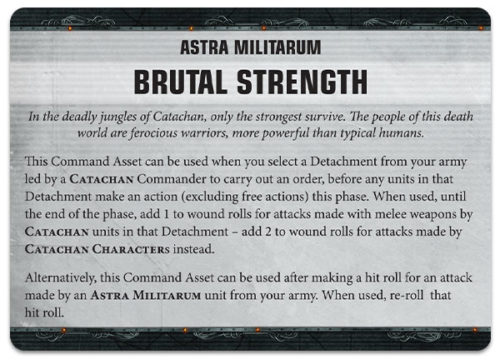 Will you be taking your Astra Militarum force into the battlefields of Apocalypse? It never hurts to grab a few more Leman Russes. In the meantime, more Faction Focuses are on the way – check out everything so far in the Apocalypse Index.

See what Nhillus, Brightheart and their friends – and their Chaos counterparts – are up to in the latest Roll …

With the Forge World Imperial Armour indexes out for a couple of weeks now, players have had a huge range …

A new Organised Play pack is landing in stores near you soon, filled with prizes that are perfect for any …