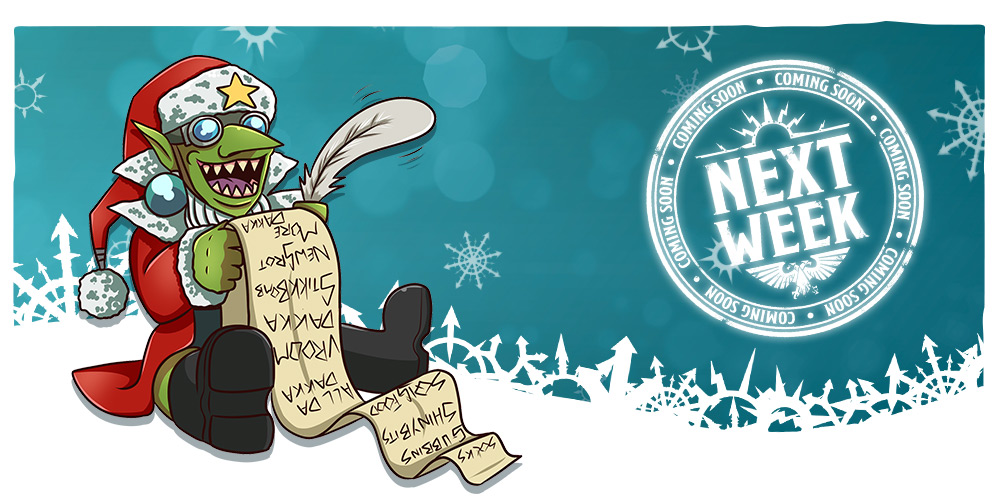 Some people may dream of a white Christmas, but as we all know, green is truly da best. That’s why on the eighth day of Christmas your true love* will be bringing you pre-orders for plenty of greenskin goodness.

We’ve got plenty more coming on Warhammer-Community.com this week – including the results of Miniature of the Year – so let’s have a look at what’s in store.

The green tide is ready to roll over your battlefields as the Ork Boyz receive their long-awaited glow-up. The set includes ten of these hulking greenskin warriors. One is armed with a choice of big shoota or rokkit launcha, while the unit’s Boss Nob wields either a power klaw or a (seriously) big choppa. Packed with detail and mean as you like, they’re spoiling to show those ’oomies who’s boss. 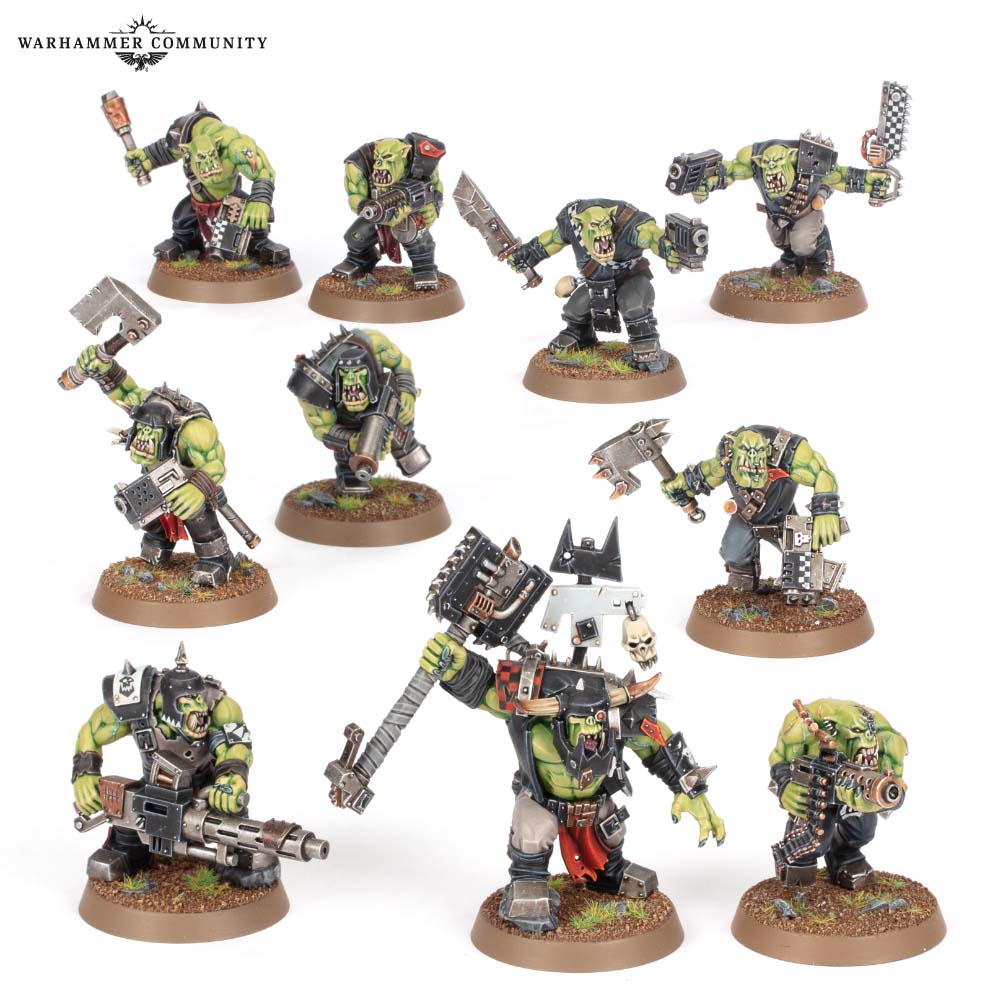 Speaking of bosses – or, more specifically, Warbosses – two more are coming to lead your Boyz to victory. One is clad in big slabs of mega armour, and looks ready to cut down anything in his path with an ’uge choppa (and shoulder-mounted, Grot-manned big shoota if dakka is your thing), while the other has the classic kombi-weapon and power klaw load-out, and comes with a vicious attack squig. 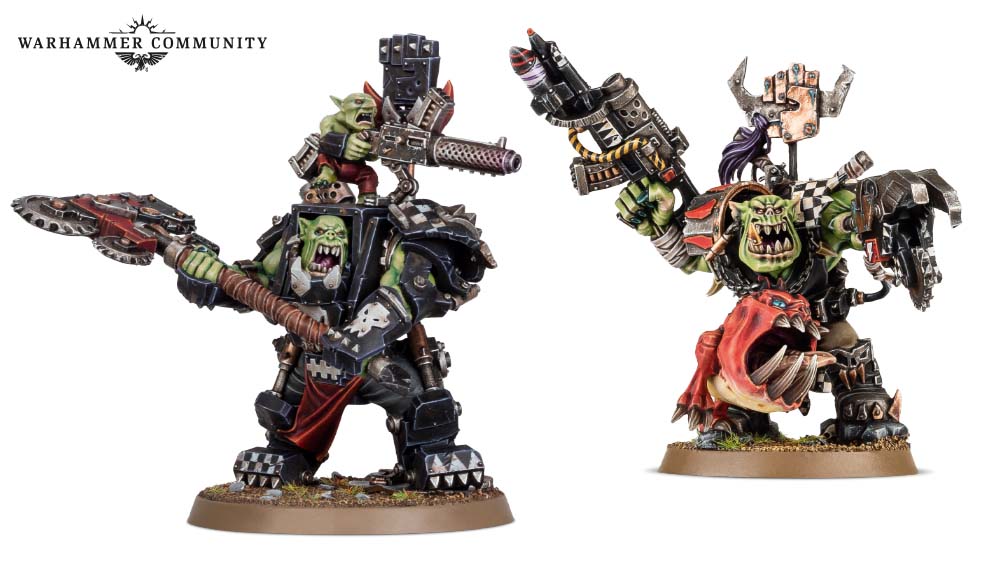 Having field-tested their latest flying contraptions in Combat Patrol: Orks, the Mekboyz are pleased to announce that the Deffkoptas are finally ready for the flyboyz to saddle up. You get three of these flyboyz and their perfectly-safe-and-not-at-all-rickety-looking flying craft in the set. Two of the Deffkoptas are equipped with kopta rokkits, while the other has a kustom mega-blasta and aptly named big bomb. 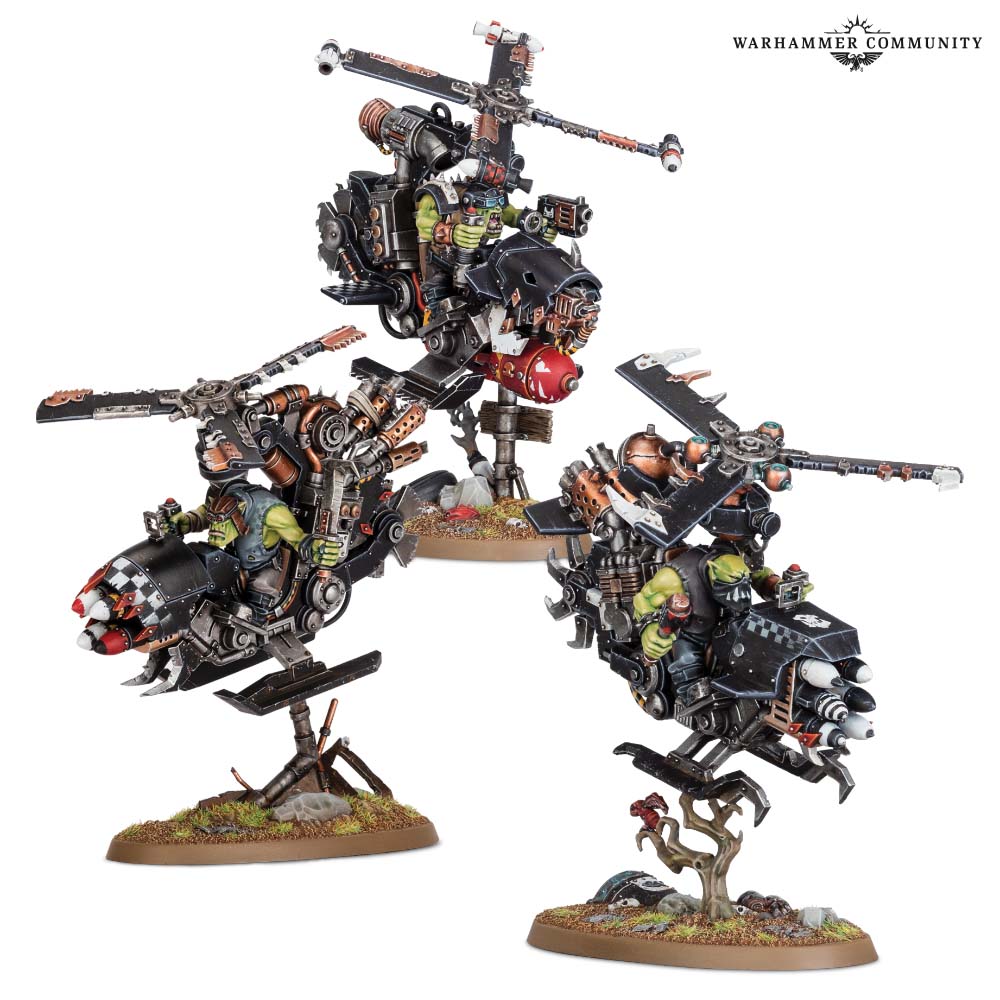 If you can’t wait a fortnight to get your hands on some greenskins, head down to your local Warhammer store and pick up this year’s festive miniatures, Bawla and Burk, Boss Rat-killas, in your local store from today. Poor Burk might not be enjoying his time with the rats, but you’ll certainly love this highly detailed commemorative piece. 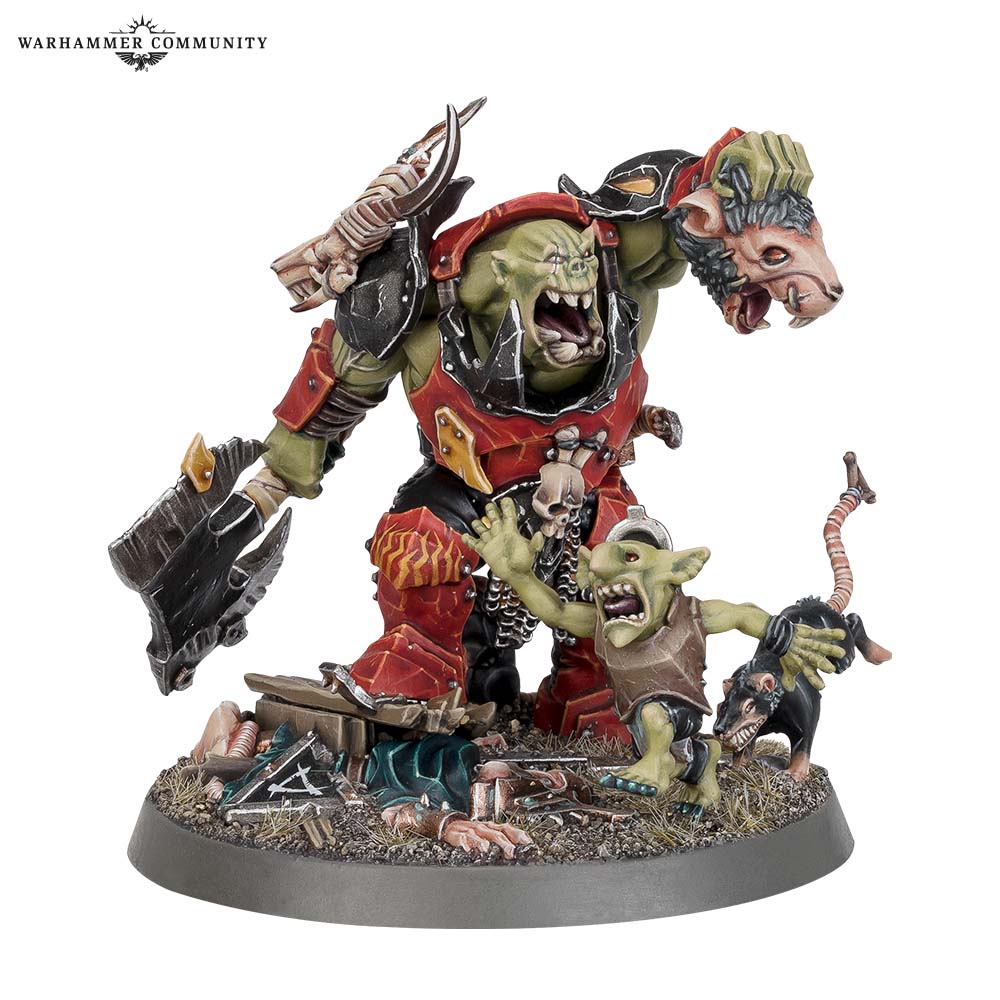 As always, the coming week holds much more up its sleeve than shiny new miniatures…

Warhammer+ is revisiting one of the most brutal conflicts in Imperial history, as Vigilus Defiant and Vigilus Ablaze are added to Warhammer Vault to chart the desperate defence of the Nachmund Gauntlet.

The Space Marines played a huge part in holding off Abaddon the Despoiler’s forces, and this week’s episode of Citadel Colour Masterclass is here to ensure you honour them appropriately on the tabletop with a top tutorial on painting power armour. 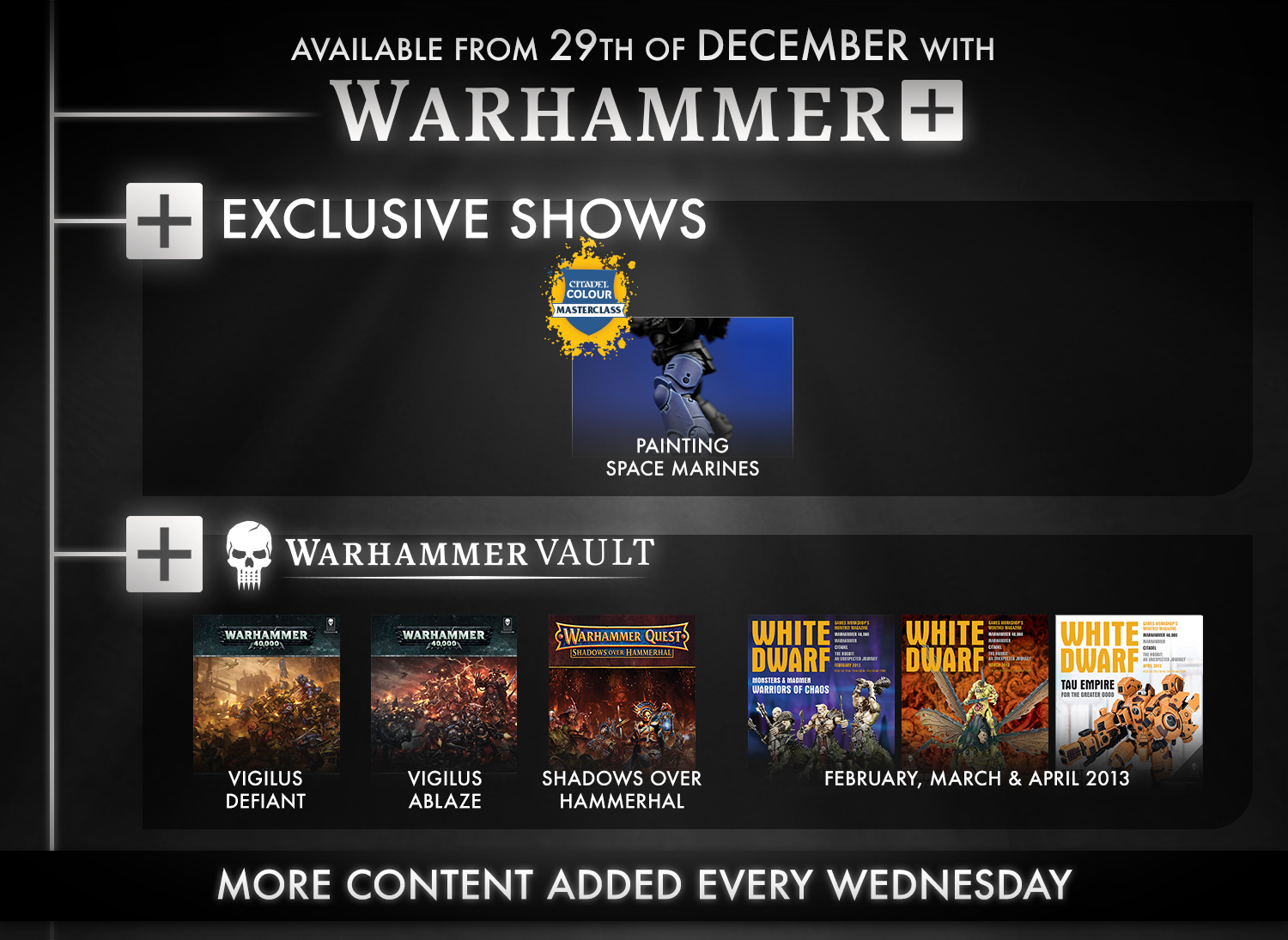 This Week on Warhammer Community

After a whole year of phenomenal releases, it’s finally time to come together and decide which one you think is the best. Will Be’lakor finally claim the crown he deserves?** Will Duinclaw carry the rest of Elathain’s Soulraid to victory? The winner will be declared on Friday. 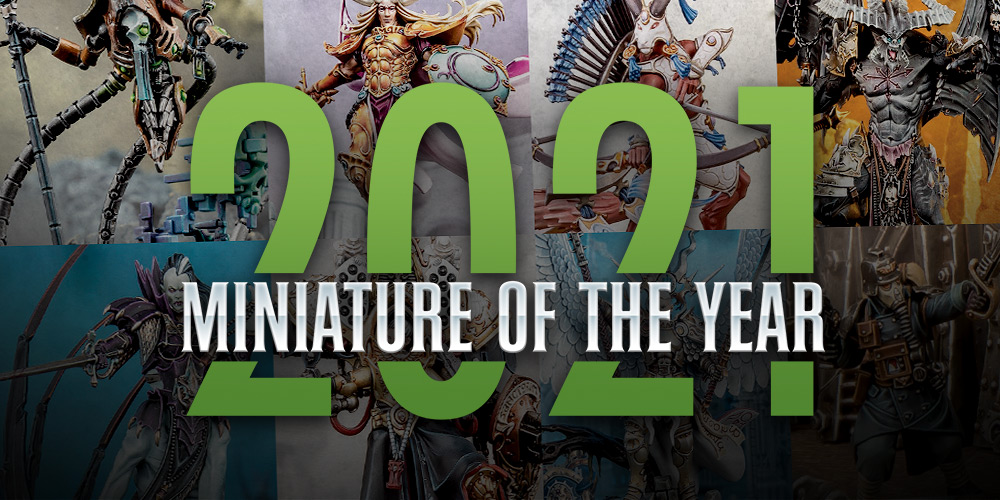 Codex: T’au Empire is on its way next year, and if you enjoyed our look at the new cover art and Tactical Philosophies rules you’ll love what’s coming up on Warhammer Community this week. Denizens of the 41st Millennium can also join us on Monday for yet another miniature reveal from the grim darkness of the far future.

And after yesterday’s big reveal for Warhammer 40,000, we have something special for fans of the Mortal Realms coming on the same day. 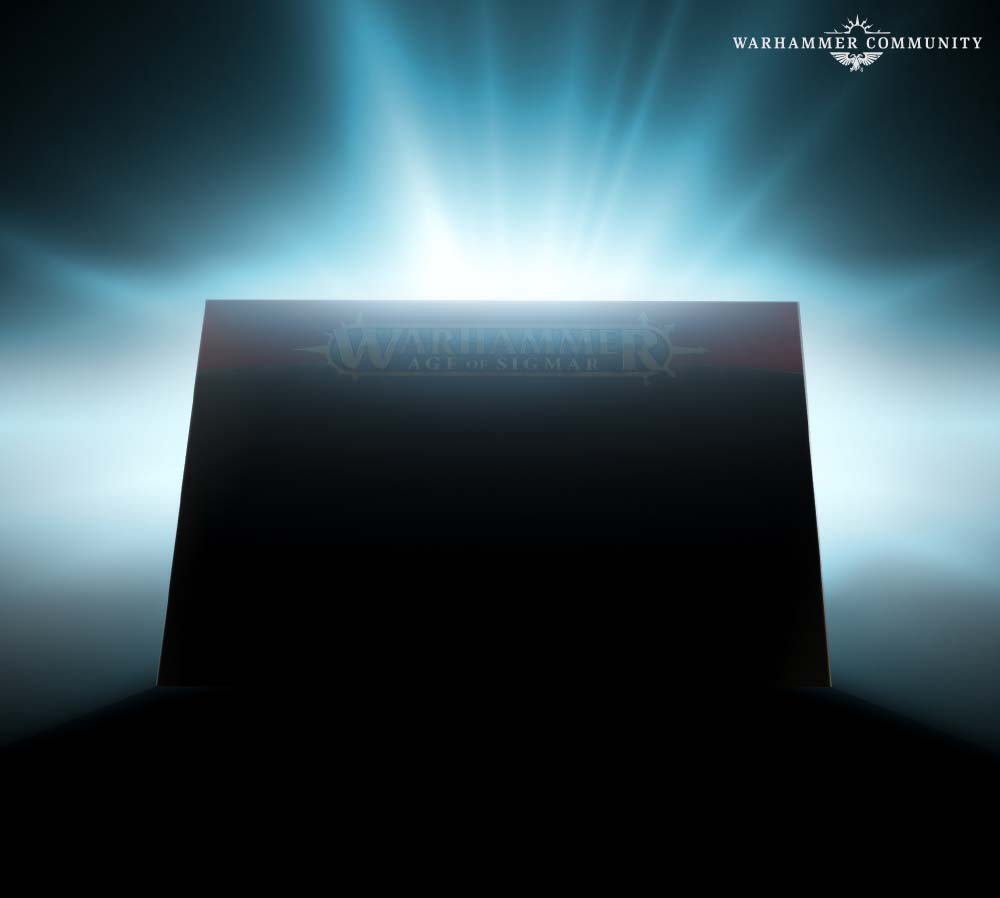 As always, we’d love it if you could join us on our Facebook, Twitter, and Instagram, where you can discuss the upcoming news and show us what you got under the Christmas tree this year. And don’t forget to sign up for the newsletter to stay up to speed on all the latest, well… news!

** The crown he thinks he deserves, anyway.

Sorcery-slinging space wizards arrive next week – and that’s just the start of it.

Gen Con – Something Sinister Stirs in the Eightpoints

A riddle on the wind spells out the future of Warcry.

Warhammer Day is back once again with exclusive models and a bucketload of unmissable reveals.