Bob: Hey! Why wasn’t I invited?

Jim: It was nothing personal, Bob, only the organisers weren’t sure you could fit through the door to the press room and wanted to spare your blushes. Anyway, on with the show…

What’s that? Yes, you at the back with the massive foam finger and the Bloodweiser stein…

That’s right! They’re all years in which a new edition of the world’s favourite game of Fantasy Football was released… and now we can announce that 2020 is set to join those mighty dates etched into the annals of glory.

This holiday season, prepare for sports mayhem on an unparalleled scale, as the all-new edition of Blood Bowl hits a stadium near you! 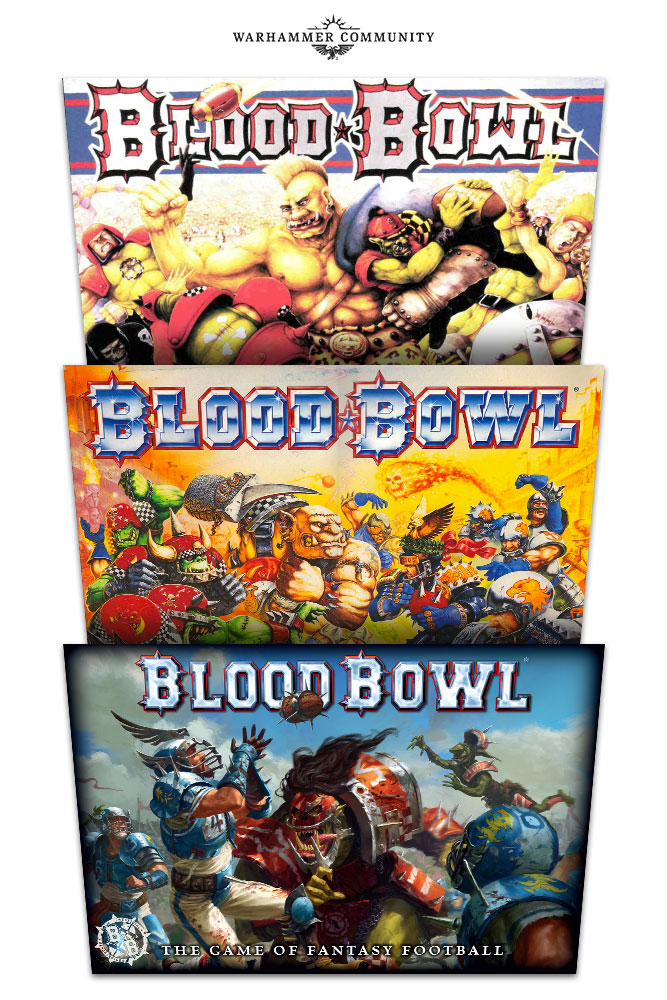 The Game of Fantasy Football

For those who don’t know, Blood Bowl is an ultra-violent, super-fun (and sometimes very competitive) tabletop game of Fantasy Football.* It’s awesome, and you’re gonna love it. Blood Bowl is a great Warhammer game to just pick up and play.**

For those who do know, you’ll be excited to hear that the guys in the Warhammer Studio have poured their hearts and souls into this new edition – and the motto of “bigger, better, and 100% Blood Bowl” pretty much sums up the approach that’s been taken. 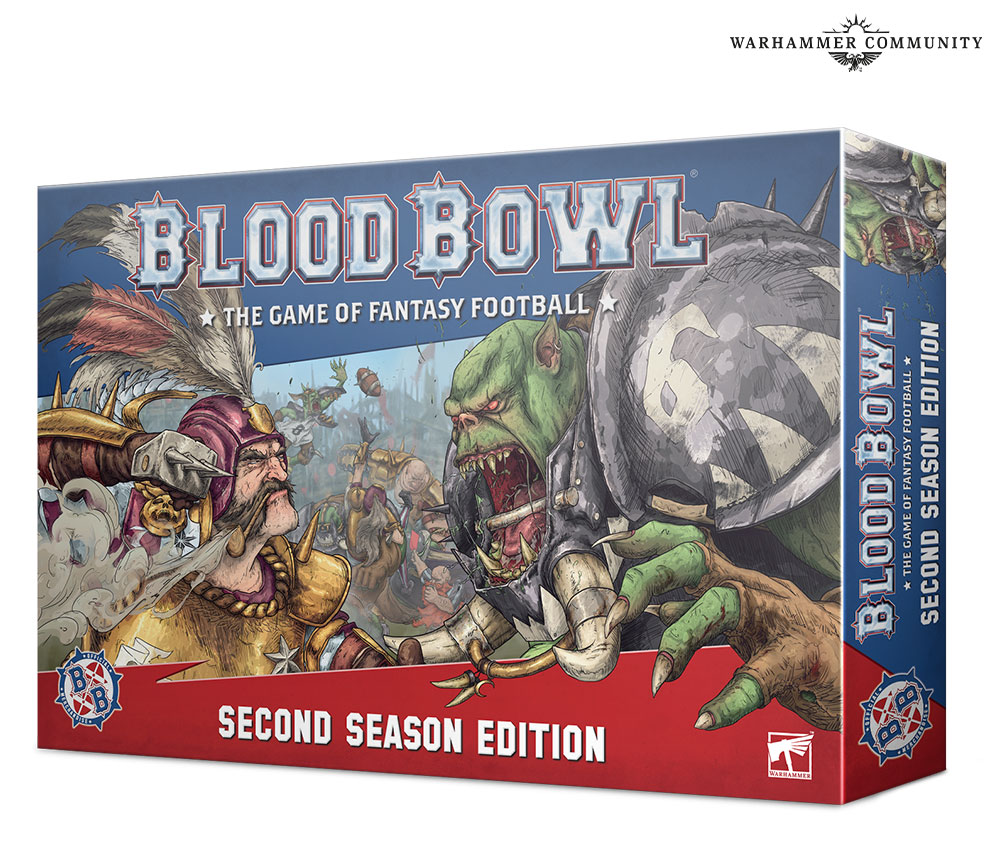 A sneak peek at the cover of the new Blood Bowl boxed game!

Hours of playtesting and feedback from many of the best players in the world have gone into crafting the very best edition of Blood Bowl to date – putting into practice more than 30 years of game development. At its heart, it’s the same Blood Bowl you all know and love, but polished to perfection to improve the gaming experience for everyone. 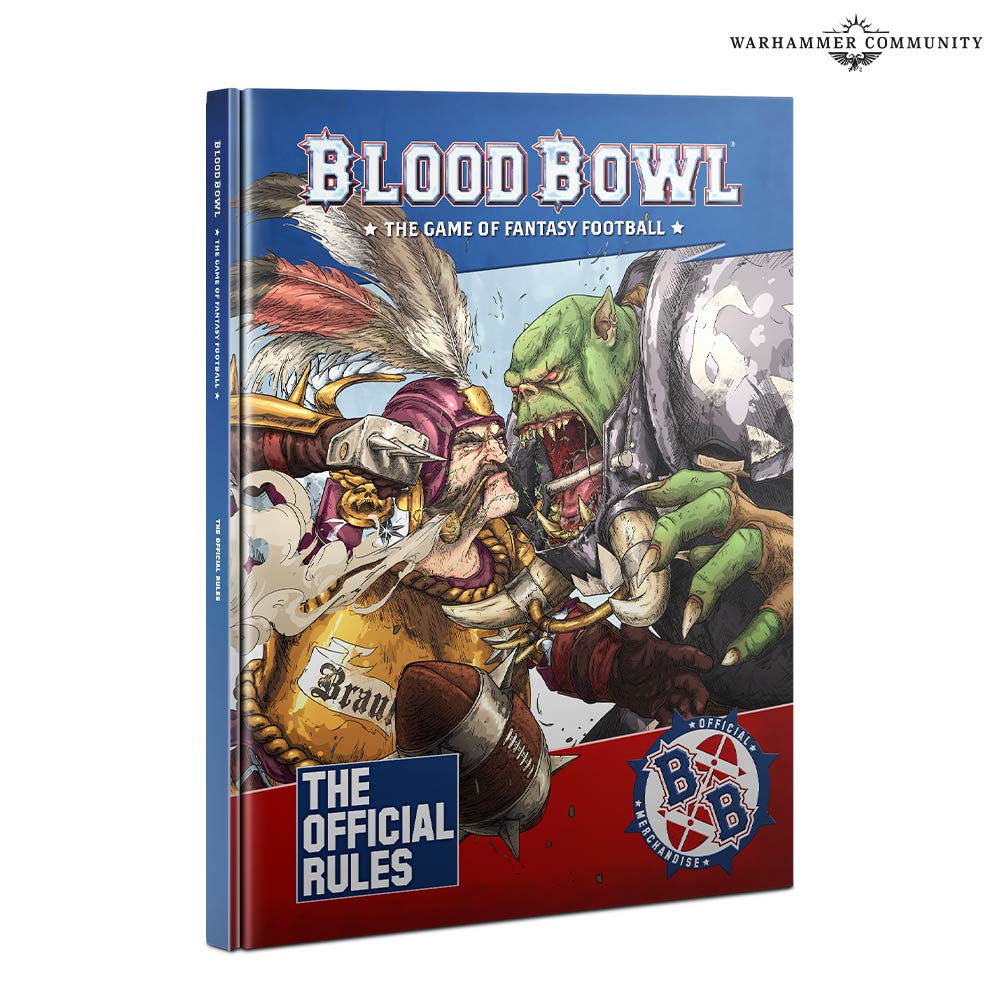 Without getting into too much detail (although, you better believe we’ll do that in due time), the rules team have added new tactical depth to the game both on and off the field. You can expect enhancements to core mechanics like passing, alongside campaign elements such as injuries, experience, and spending those all-important Star Player Points. We’ll have a more detailed look at some of the new rules later in the week, so stay tuned!

But before we go – want a glimpse of some of the sweet new models heading your way? Get a load of this…

Woah! So, who are these mustachioed athletes, and what’s with all those fancy feathers? Glad you asked! They’re the Imperial Nobility – an all-new Blood Bowl team arriving with the upcoming season.

You see, Blood Bowl isn’t just the sport of the common man – for many in the upper echelons of Old World society, it’s also a burning passion. There are myriad nobles who, as lifelong fans of the game, want nothing more than to play out their fantasy as a star of the game. So, they do what any right-minded aristocrat with a vault full of gold does… they purchase their own team, the best players they can buy, and set off to live out their dreams!

Of course, Blood Bowl isn’t just hard, it’s spectacularly violent, and such extravagant investments don’t always pay off. Numerous Imperial Nobility teams have folded soon after being founded! However, the teams that do last have become very successful in a short amount of time. Chief amongst these are the Bögenhafen Barons, who not only managed to sign the legendary Griff Oberwald to a lucrative contract, but also managed to reach the final of the XXXX Blood Bowl! 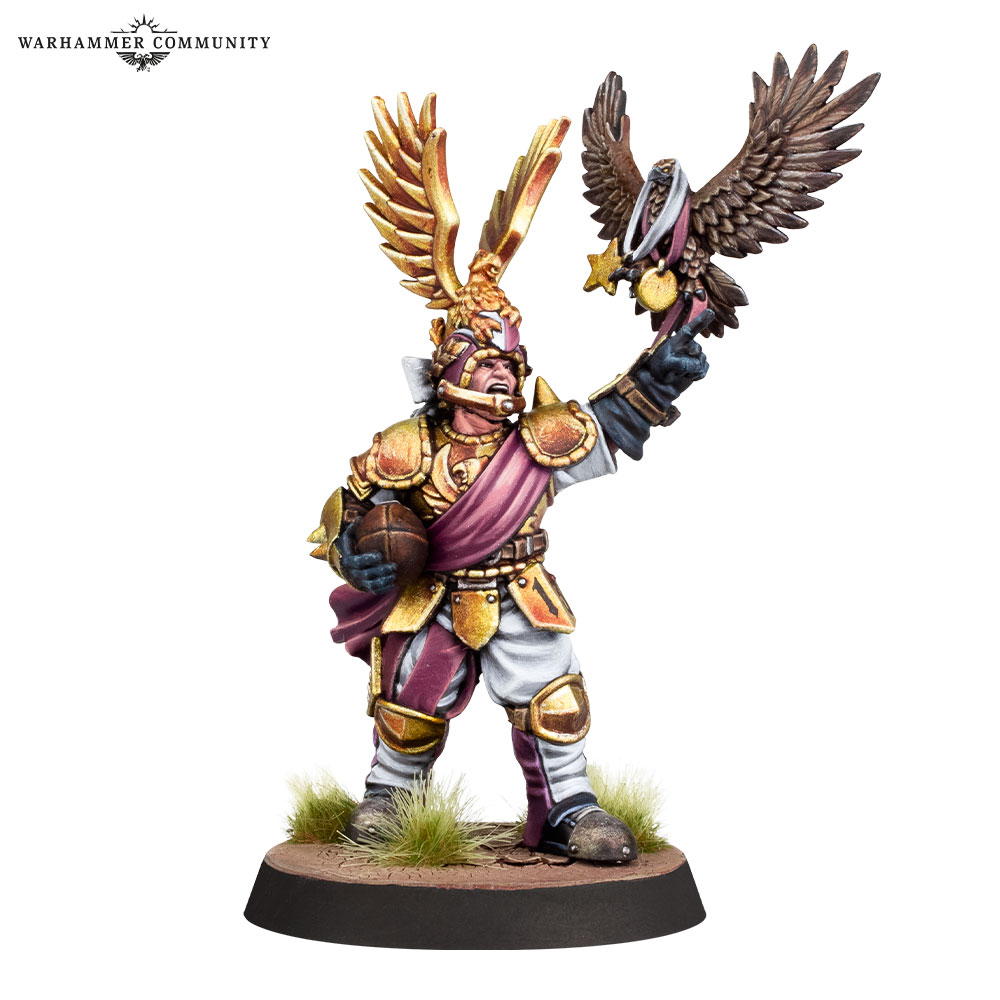 Now that we’ve shown you a glimpse of what the future holds for life on the gridiron, head over to the Blood Bowl Facebook page and show us your teams! After all, each and every existing team will be usable from day one of the new season!

Jim: Well, I’m so excited my heart almost beat for the first time in years! I think I’m off for a quick nibble to settle the nerves…

Bob: Mmm, there’s nothing quite like a McMurty’s burger to satisfy your craving.

Jim: Not quite what I was thinking, Bob, but glad to see you’re always on message for our sponsors!

* The kind played in body armour with a prolate spheroid, rather than in shorts and a t-shirt with a round ball…
** It’s the absolute embodiment of a ‘beer and pretzels game’… perfect for chilling out and rolling dice with your friends.

Blood Bowl Halflings The Greenfield Grasshuggers are nearly here! If you fancy playing Blood Bowl on hard mode, get ready …

Find out what you can pre-order today!

Meta Predictions from Those in the Know

See what the experts predict for the tournament scene in the new edition of Warhammer 40,000.