The new Adeptus Titanicus expansion, Shadow and Iron, brings new weapons options for your Warhound Titans – the Ursus Claw and Natrix Shock Lance. In this month’s instalment of Engine Kill!, we’re taking a look at these brutally effective new armaments. 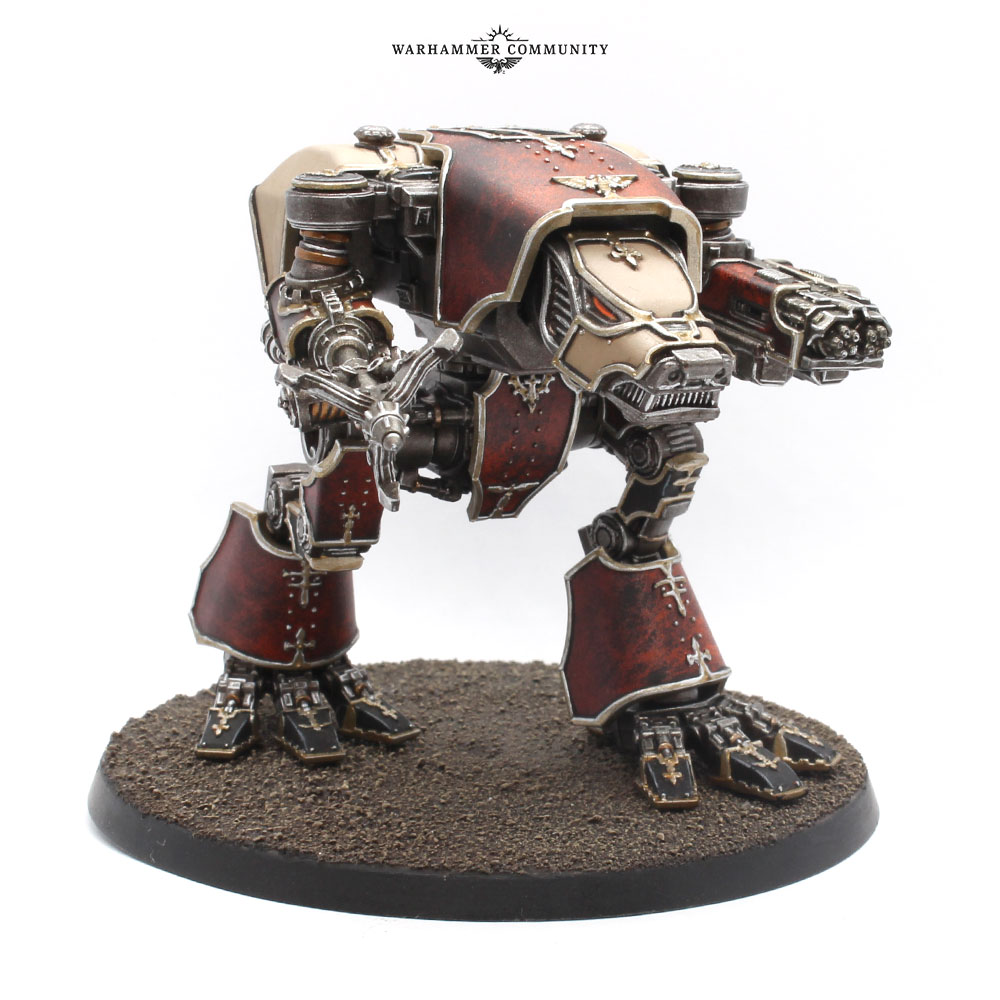 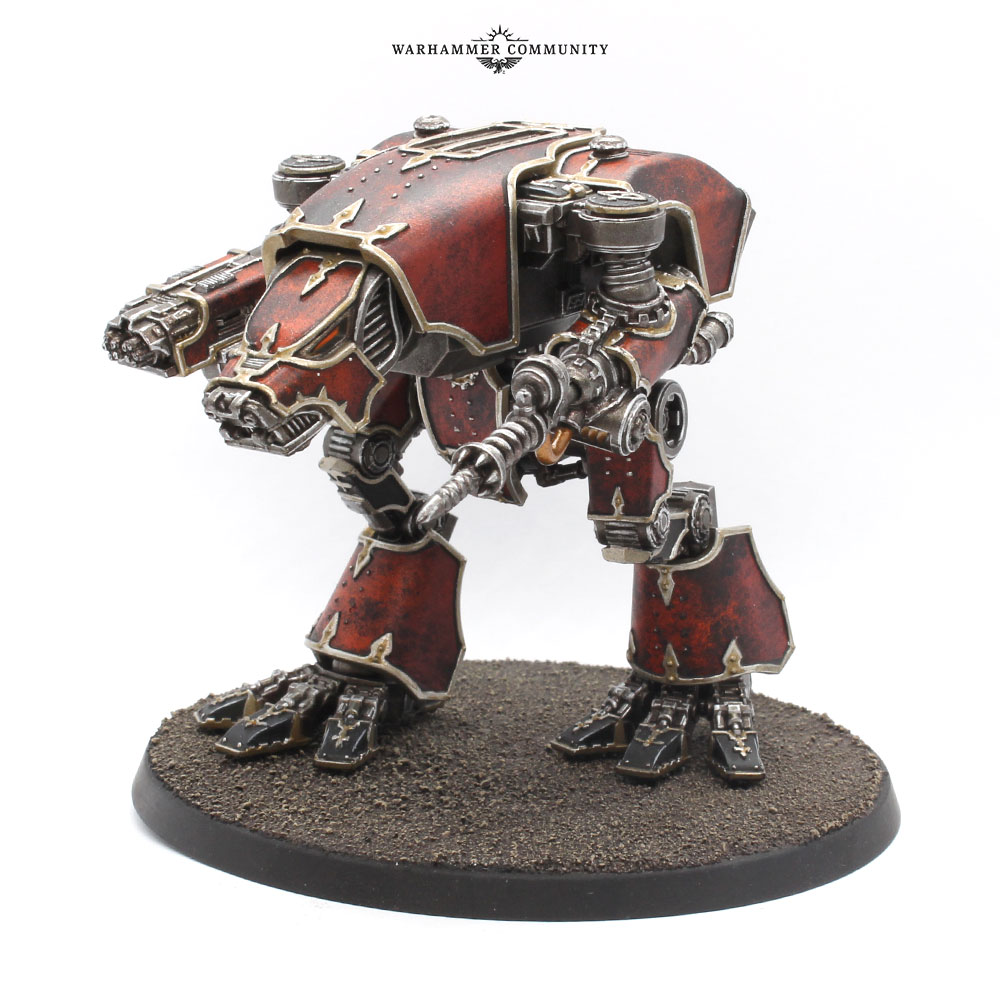 The Horus Heresy pitted Space Marine against Space Marine and Titan against Titan. The Legions and Legios were forced to develop new weapons and tactics to fight their allies-turned-enemies – and among these the Ursus Claws were made famous by Legio Audax. 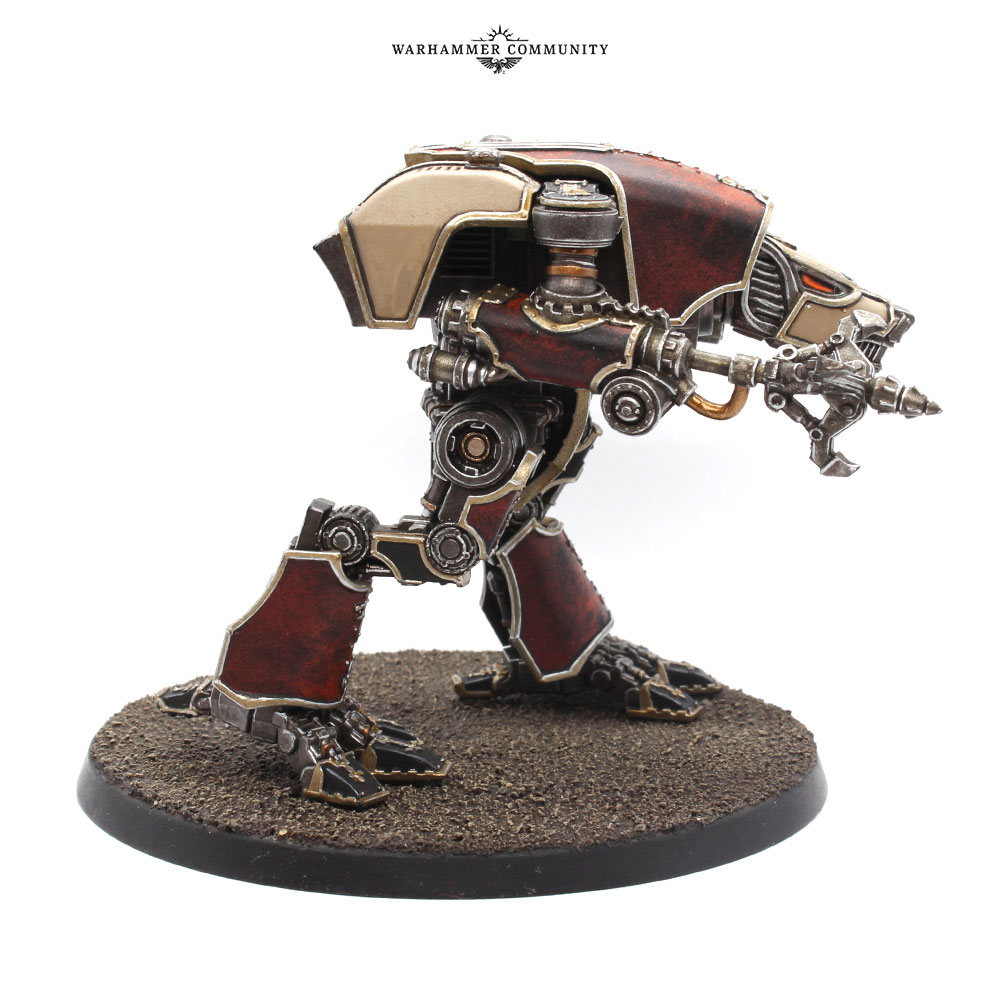 Originally developed for use on World Eaters warships, Ursus Claws were huge harpoon-style weapons designed to impale enemy ships and drag them close for boarding. As the Shadow Crusade raged across Ultramar, the princeps of the Legio Audax adapted this idea from their World Eaters allies and turned it into a weapon for their favoured Warhound Titans. Ursus Claws allowed them to engage larger enemy engines and bring them low. This tactic proved so effective that other Legios, traitor and loyalist alike, began equipping their Warhounds with this weapon. 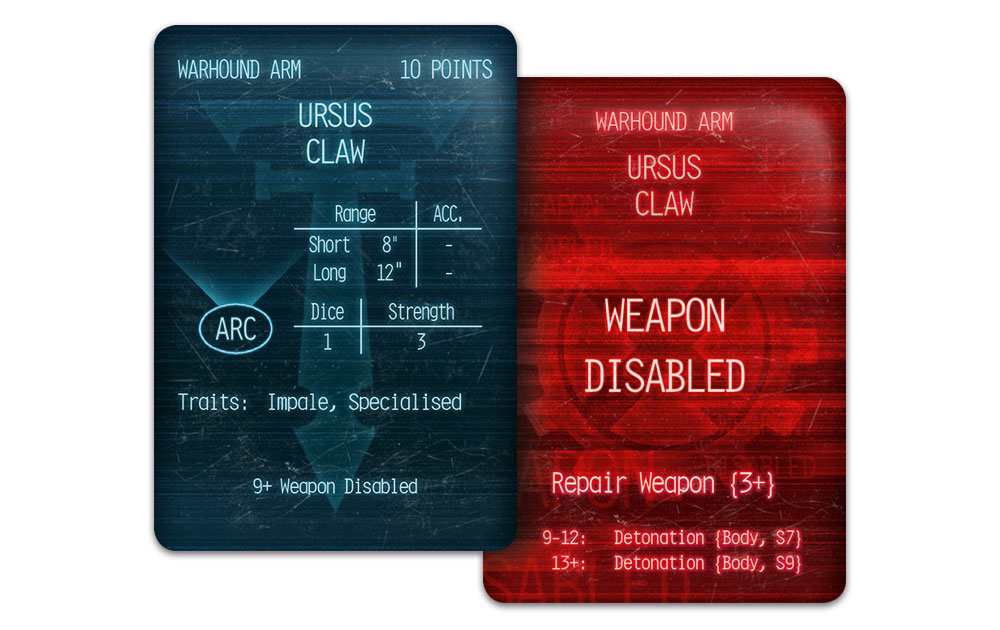 In Adeptus Titanicus, any Warhound Titan can take an Ursus Claw in place of one of its usual weapons. It has a short range, making it perfect for the swift Warhound. Once in range, it rolls a single dice and has a Strength of 3 – which is where the weapon traits kick in.

The Impale trait means that when an Ursus Claw hits, you don’t make an Armour roll. Instead, you roll a D6 and add the Strength of the attack – plus an extra 1 for each additional Impale weapon firing. Compare the final result to the Scale of the enemy you’re attacking – if it equals it, you force the Titan to randomly turn to the left or right. If it exceeds it, the Titan’s legs take D3+1 Devastating Hits – and any resulting Catastrophic Damage automatically results in the target being Laid Low! This is great for light maniples which like to get in close and brawl with the enemy, as it reduces your chance of getting hit by Wild Fire, a magazine explosion or a reactor meltdown, all of which can be deadly to a Warhound. 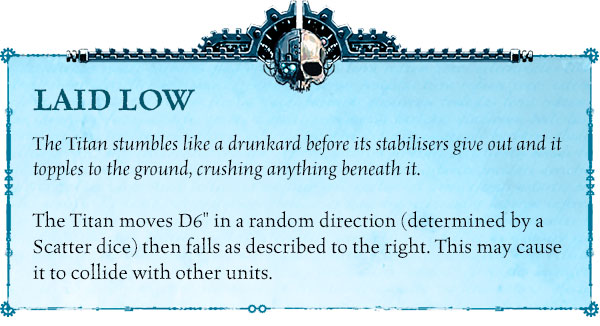 You may notice that this means a single Ursus Claw may have trouble staggering anything larger than another Warhound – so you’ll want to squadron them up with similarly-armed Warhounds for +1 Strength. If your Warhounds are from Legio Audax and part of a Lupercal light maniple, your Ursus Claws will be getting strong enough to threaten even towering Warlords with (relative) ease. 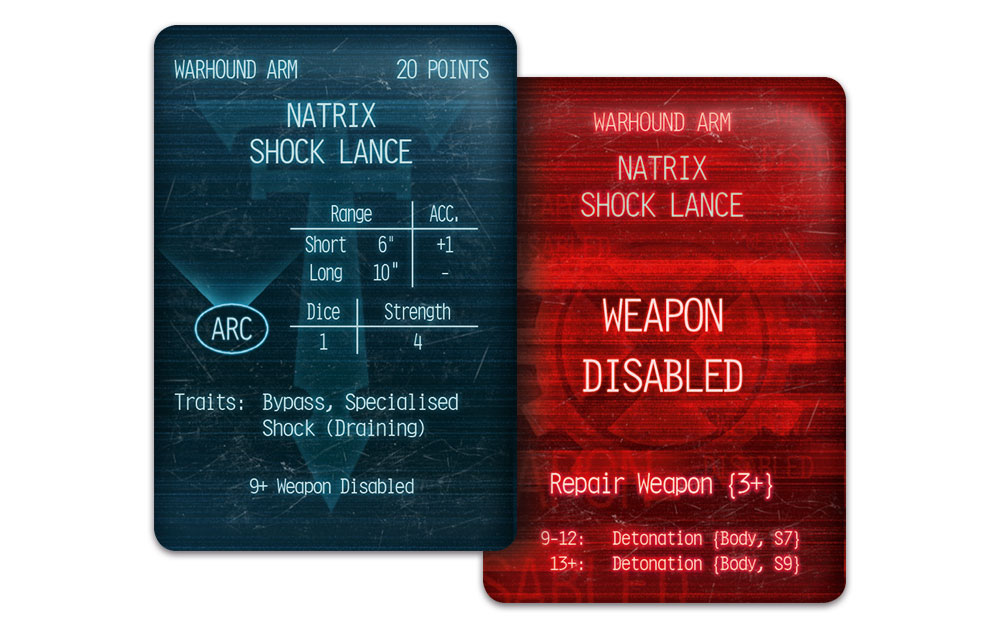 The Natrix Shock Lance is an upgraded version of the Ursus Claw that delivers a potent energy burst to a grappled Titan, potentially shutting down its reactor for a brief period. 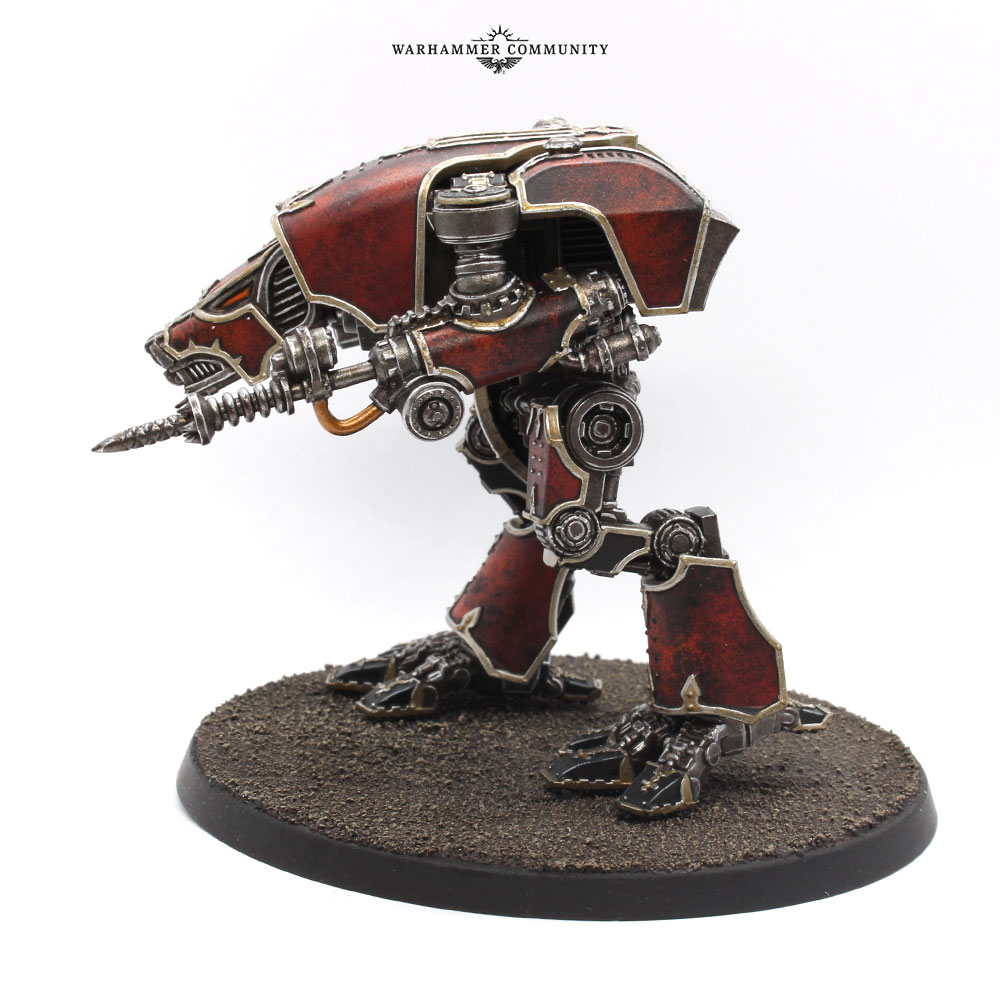 The Natrix Shock Lance has a slightly shorter range than the Ursus Claw, but an extra point of Strength, alongside the Shock trait, means that if it causes a Direct, Devastating or Catastrophic Hit to an enemy Titan, that engine immediately issues a Shutdown Order. 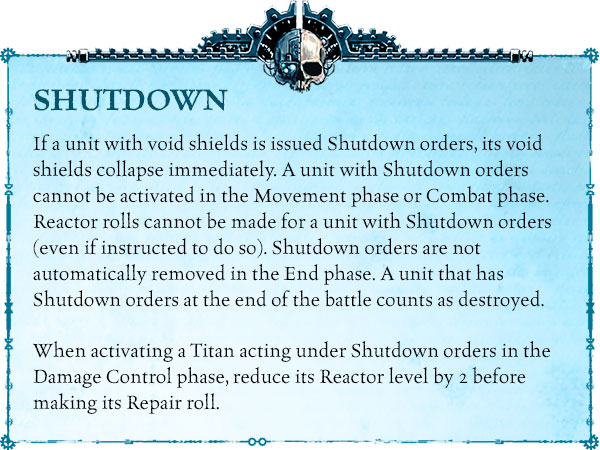 This can give you the edge you need to bring in more of your battlegroup and take down a Titan before it becomes a major threat. It’s a risky strategy that’s well-suited to an aggressive play style – perfect for players who like to use lots of Warhounds to force an engagement on their own terms.

Full rules for both the Ursus Claw and Natrix Shock Lance can be found in Shadow and Iron, and the weapons will be available soon as a resin kit that can build either variant. Sign up for the Forge World newsletter to make sure you don’t miss them!

Princeps Rob Crouchley, one of our principal field testers, is back to give some tips on how to get the …

There are new weapons in the Adeptus Titanicus arsenal – prepare to bring enemy Titans low with Ursus Claws and Natrix Shock Lances.