Gorkamorka: The God(s) of Destruction

Lately, we’ve heard a lot about the Chaos Gods, Sigmar and his pantheon, and of course, the Great Necromancer Nagash, but today, we’re looking at what we know about Gorkamorka – the mighty bestial patron of all Destruction factions (in some guise or another)…

Broadly speaking, each of the Gods of the Mortal Realms is bound to a specific kind of magic – Sigmar is connected to Azyr and the heavens, Nagash to Death, and so on.

Gorkamorka is connected deeply with the amber magic of Ghur, the Realm of Beasts. Ghur is a place of endless conflict, where the law of predator and prey is expressed by every living thing. Vast beasts hunt one another across bone-strewn plains. The continents themselves attempt to devour other continents. The sea is at war with the land. This self-destructive, endlessly changing nature of Ghur is reflected in Gorkamorka, who, many years ago, had a severe falling out with himself and split into Gork (who is brutal, but cunning) and Mork (who is cunning, but brutal). 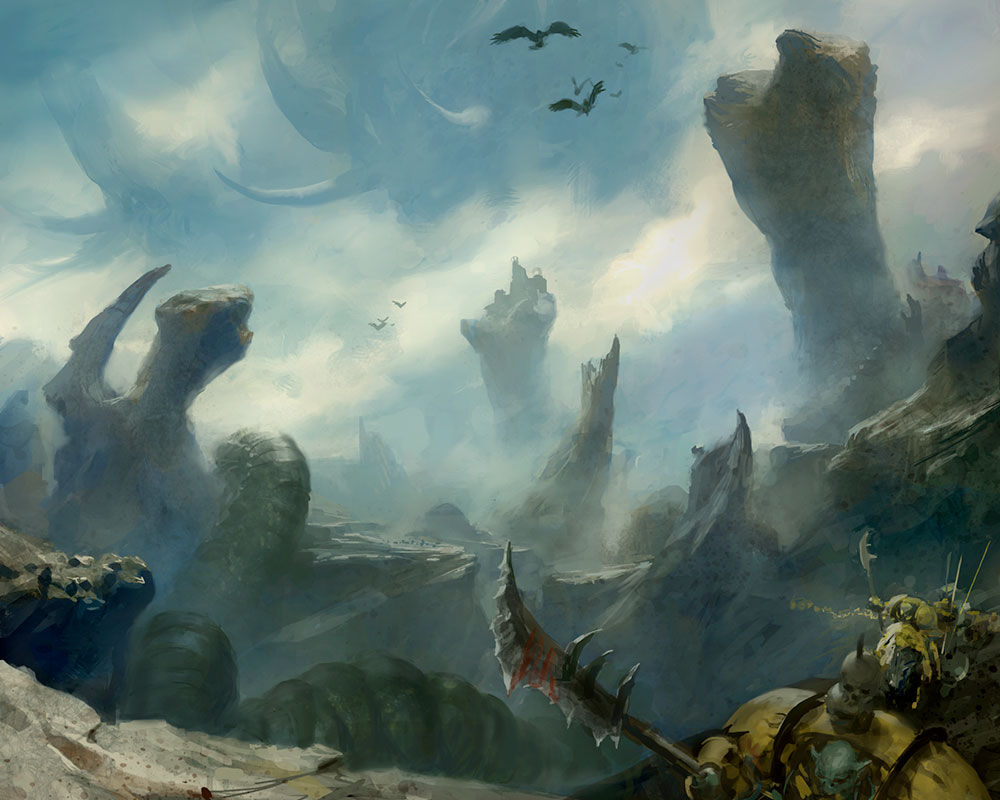 Gorkamorka once fought alongside Sigmar as part of his pantheon, committing mighty deeds and battling against… well, pretty much anyone he ran into.

Gorkamorka is worshipped in various forms by those who fight for Destruction. To the Ironjawz, he is a liberator who fought to free the Orruks during the Age of Chaos and sent Gordrakk, the Fist of Gork to lead them. 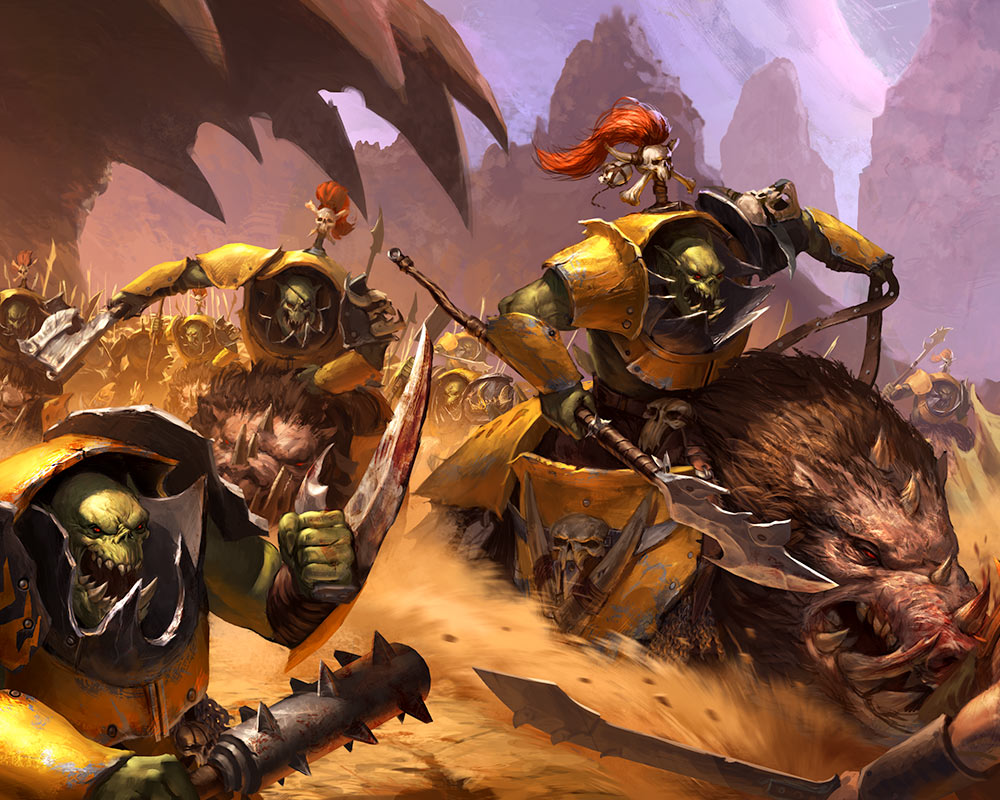 To the Bonesplitterz, Gorkamorka is the great hunter, master of all beasts in the Mortal Realms. Believing that a portion of this god’s bestial rage lies within all creatures, they hunt, kill and eat anything they can, claiming Gorkamorka’s spirit from their bones. These are then repurposed as weapons or jewellery, which the Bonesplitterz believe give them great power. 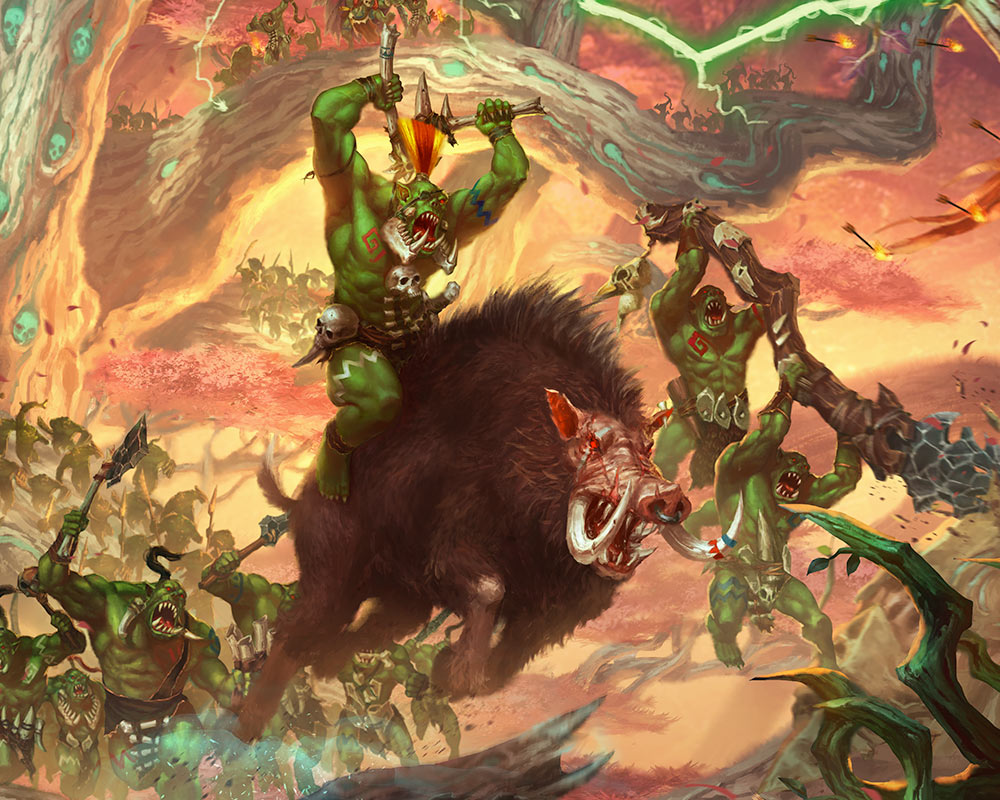 The Beastclaw Raiders have a very different relationship with Gorkamorka. According to their legends, they are cursed by this furious god, the Hungering Predator, with his wrath taking the form of a vast supernatural blizzard that follows them wherever they go. Other Ogors possess their own beliefs – to the Gutbusters, Gorkamorka is the Great Beast that Consumes the World, while to the Firebellies, he is the Sun-eater. 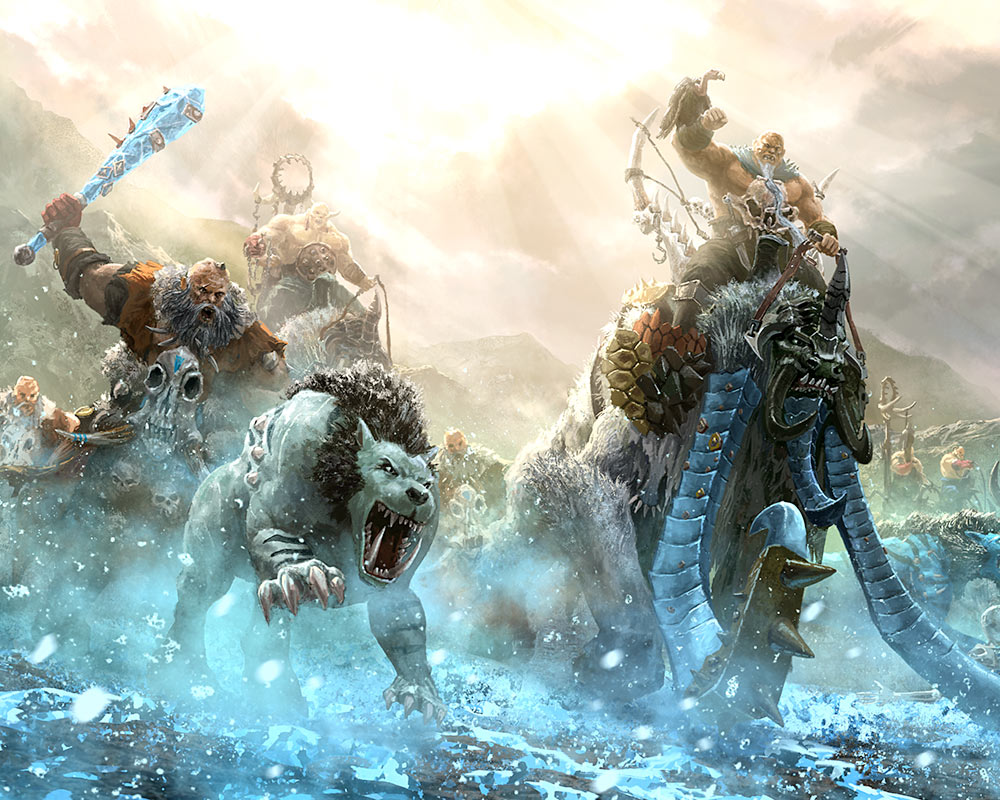 Grots have even odder beliefs. Spiderfang Grots worship Gorkamorka as a great, many-eyed spider, worshipping massive Arachnarok Spiders as divine beings in his likeness. The credibility of this faith is questionable, given the tendency for these giant creatures to snack upon their diminutive flock. 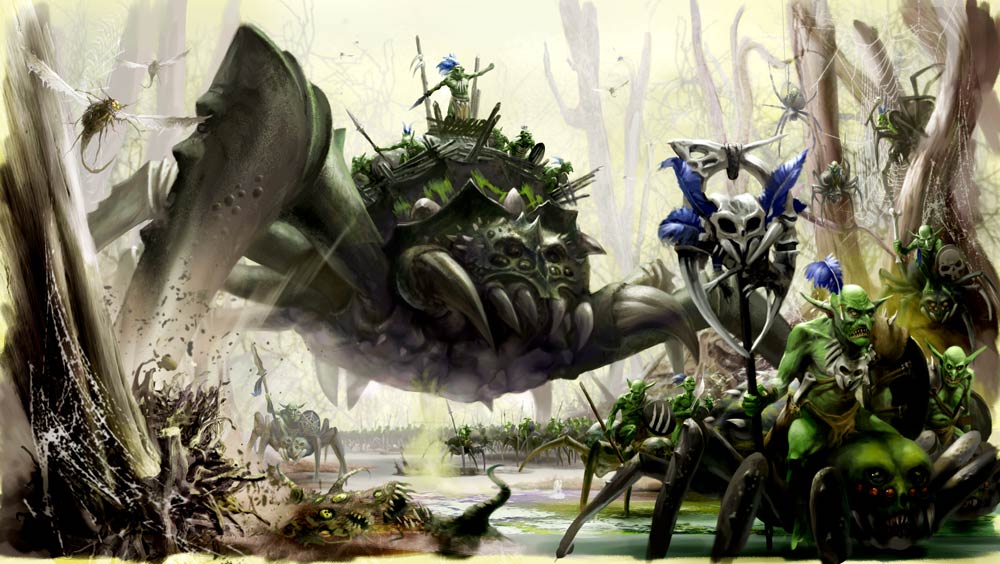 Finally, the Moonclan worship Gorkamorka as the Bad Moon, a colossal celestial entity which spreads madness and mayhem wherever it goes. Reports that the Bad Moon is rising in the Mortal Realms are, of course, nought but rumours – such a thing could only exist in the fevered imagination of a grot… 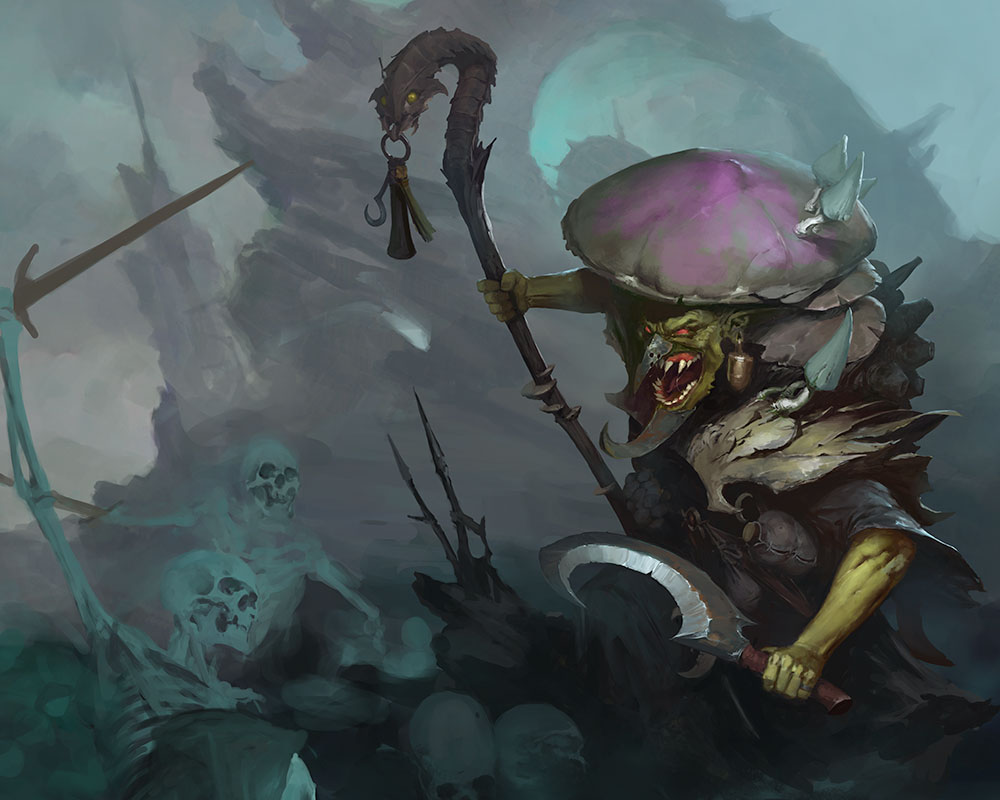 For all the latest sightings of Gorkamorka and his followers, make sure to subscribe to our newsletter…

A Tale of Four Wordlords Chapter 5: The Pen-ultimate Month

The mighty Wordlords return for the penultimate month of their army painting challenge. Gav Thorpe, Guy Haley, Phil Kelly and …

Store Anniversary Exclusives for the Next Year

Varanscribe, Medals and More – The Future of Warcry!