Last month in Visions of Glory, we showed off the new Seraphon warband, the Starblood Stalkers. Since then, we’ve also revealed the new Soulblight warband, the Crimson Court. Now we have something a bit more savage to show you.

Putting the Waaagh! into Warhammer Underworlds

As many of you will have guessed from our recent road map article, the Warhammer Underworlds warband for May is Savage Orruks! Meet Toofdagga, one of the boyz from Hedkrakka’s Madmob. 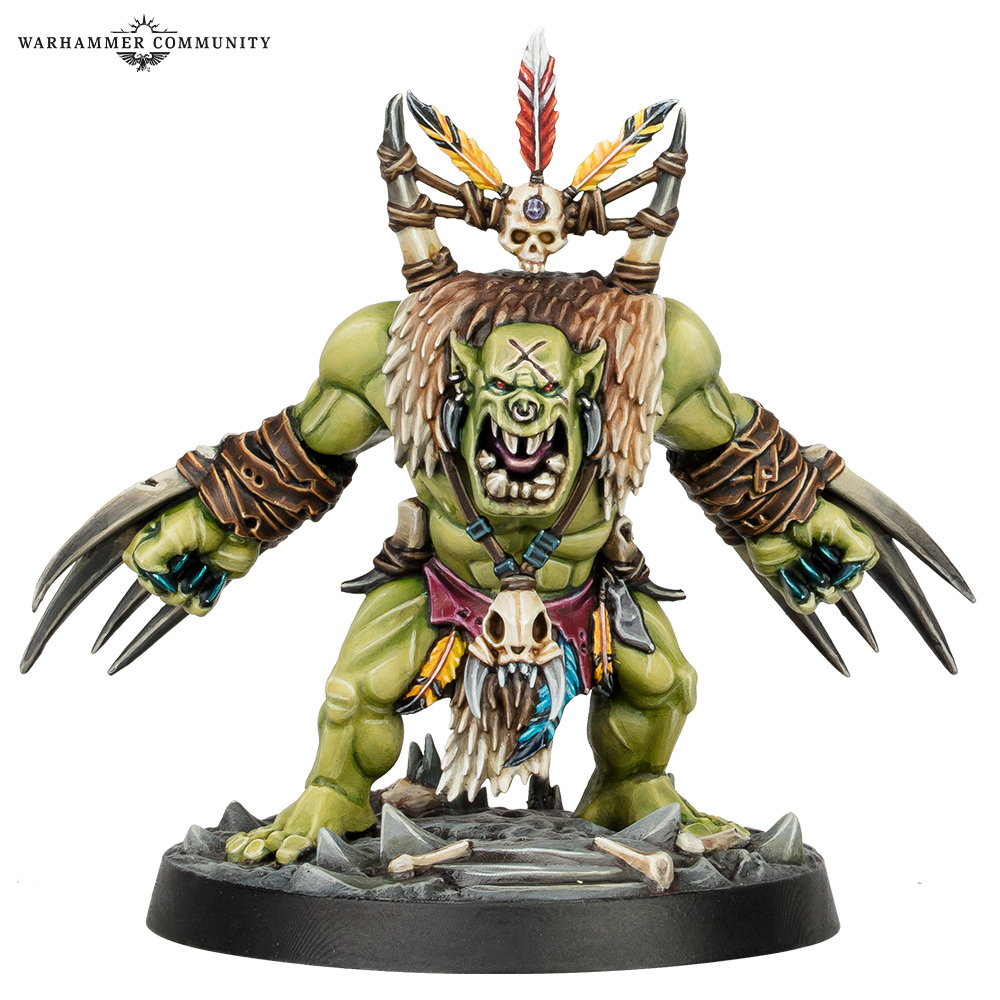 He loves nothing more than hunting enemy leaders and taking them out of action with his deadly daggas.

To give you a taste of how the Madmob play,* we’re going to show off some of their new cards. Reward yourself for taking out any enemy fighters that might think they’re tougher than an Orruk with Biggest and Meanest. 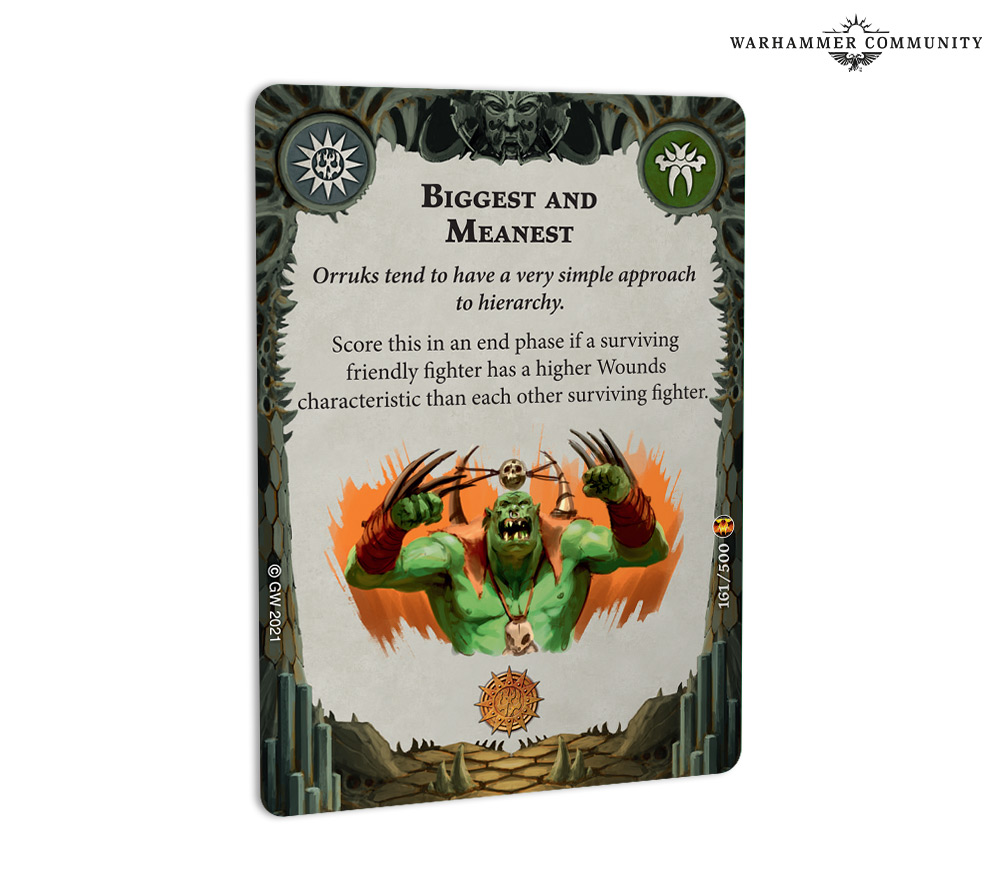 Even better, against some enemy warbands, you’ll be able to score this without even having to kill any opposing fighters.

But what kind of Orruk wants to win without doing sum fightin’? Keep your options open with Stab! Stab! Stab! – a Hybrid Surge card that rewards your boys for getting stuck in. 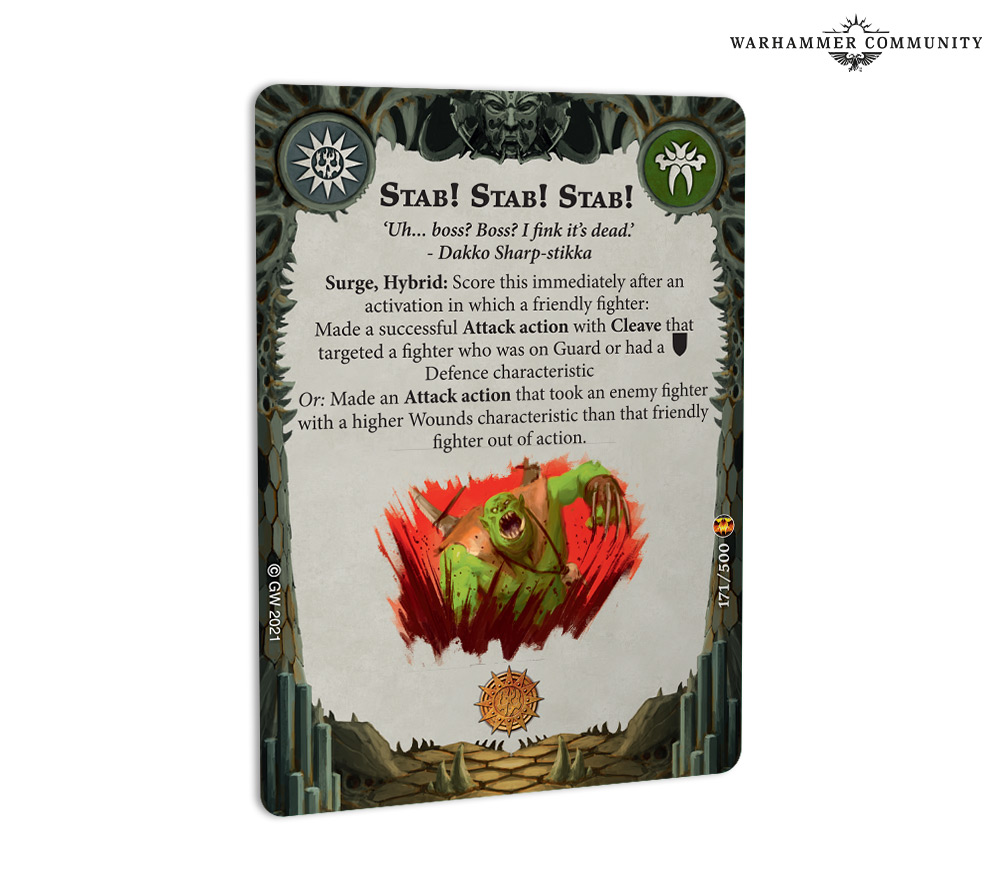 Use your boys to gang up and take out Mollog and claim three glory points for it!**

Finally, we have a universal ploy that emphasises the eternal struggle between Hunter and Quarry. 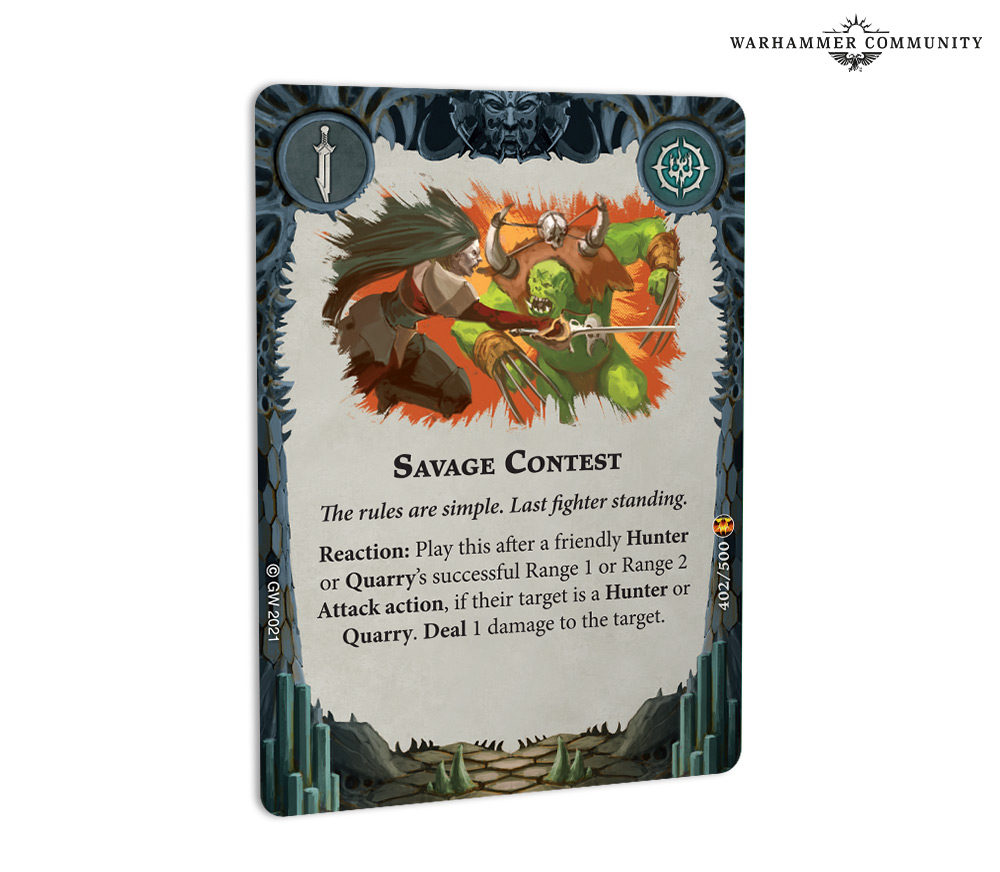 While Hunters such as Toofdagga will love this card, so will warbands such as Hrothgorn’s Mantrappers, where everyone they fight against is a Quarry.

Knowing how much everyone loves the Rumour Engine, we thought we’d also give you a glimpse at one of the other members of the warband too. 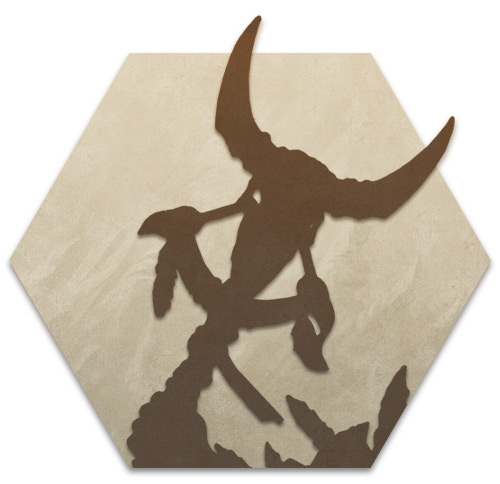 Hedkrakka’s Madmob will be out in May, and we’ll be taking a closer look at the warband and their cards before they come out. While you’re waiting for them to bring their brutality to Direchasm, make sure that you also check out the latest Katophrane Chronicle, which is all about how the design team created the new Slaves to Darkness warband.

* Spoiler alert: they like breaking heads.
** Don’t forget that you now get TWO glory points for taking out a fighter with six or more Wounds.

Take a look at the special abilities of the new Warhammer Underworlds warband.

Designing the Crimson Court – The Warband That Can Get REALLY Hangry

Discover the new mechanic that lets the Crimson Court turn Direchasm into their own takeaway.

Dave Sanders, the ultimate competitive miniatures game’s lead designer, is back for another peek behind the scenes of Warhammer Underworlds! …