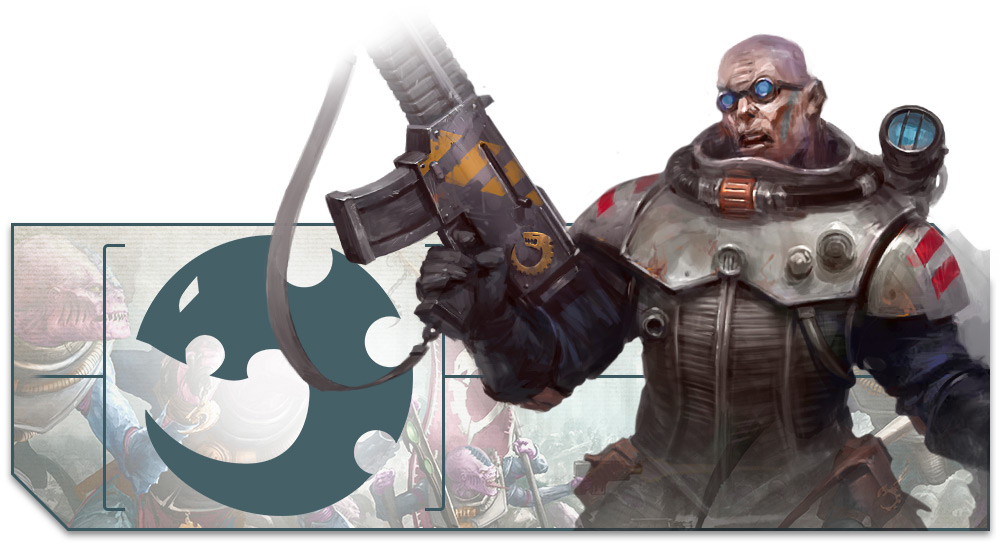 It’s time to look in those dark corners where sane people fear to tread as we examine how the Genestealer Cults will be praising the Star Children in the new edition of Warhammer 40,000. Joining us is our very own Mike Brandt, rumoured to be a fourth-generation Hybrid himself. 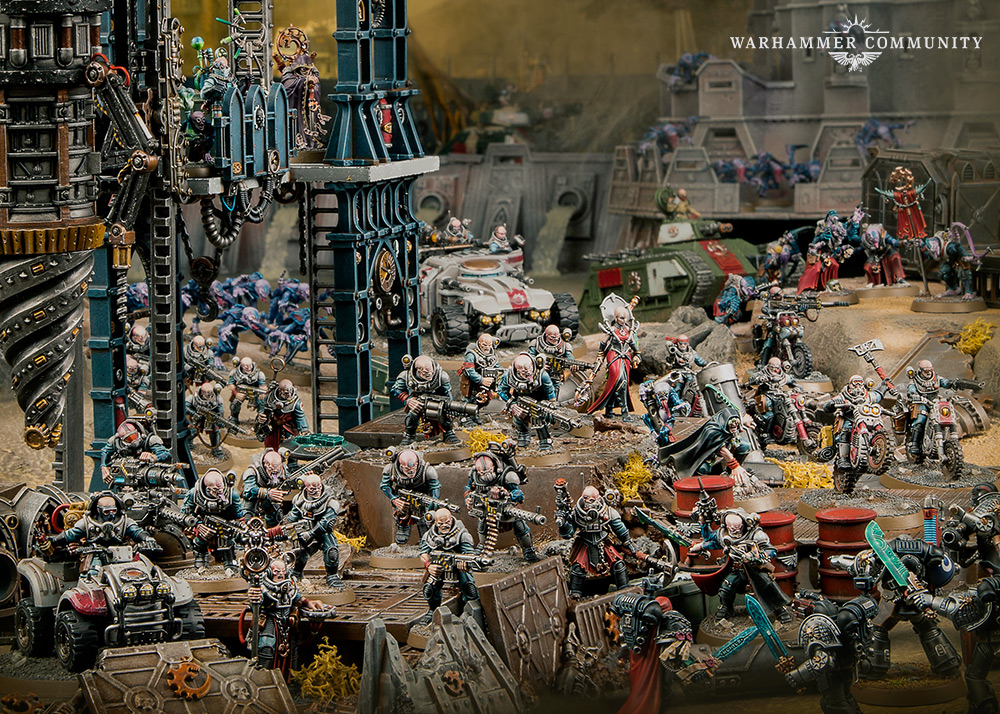 The Genestealer Cults represent a parasitic infection of mind, body and soul that eats away at the heart of the Imperium. On an untold number of worlds, they wait for the glorious day when they begin their uprising. Then, fast-moving saboteurs shatter the supply lines of those who would oppose them, hidden agents assassinate key commanders, and routes of escape are cut off by demolition crews and industrial mining teams. As the cult unleashes the abhorrent alien monstrosities that act as its shock troops, the enemy is already surrounded, stranded and ripe for a slaughter that has been generations in the making. 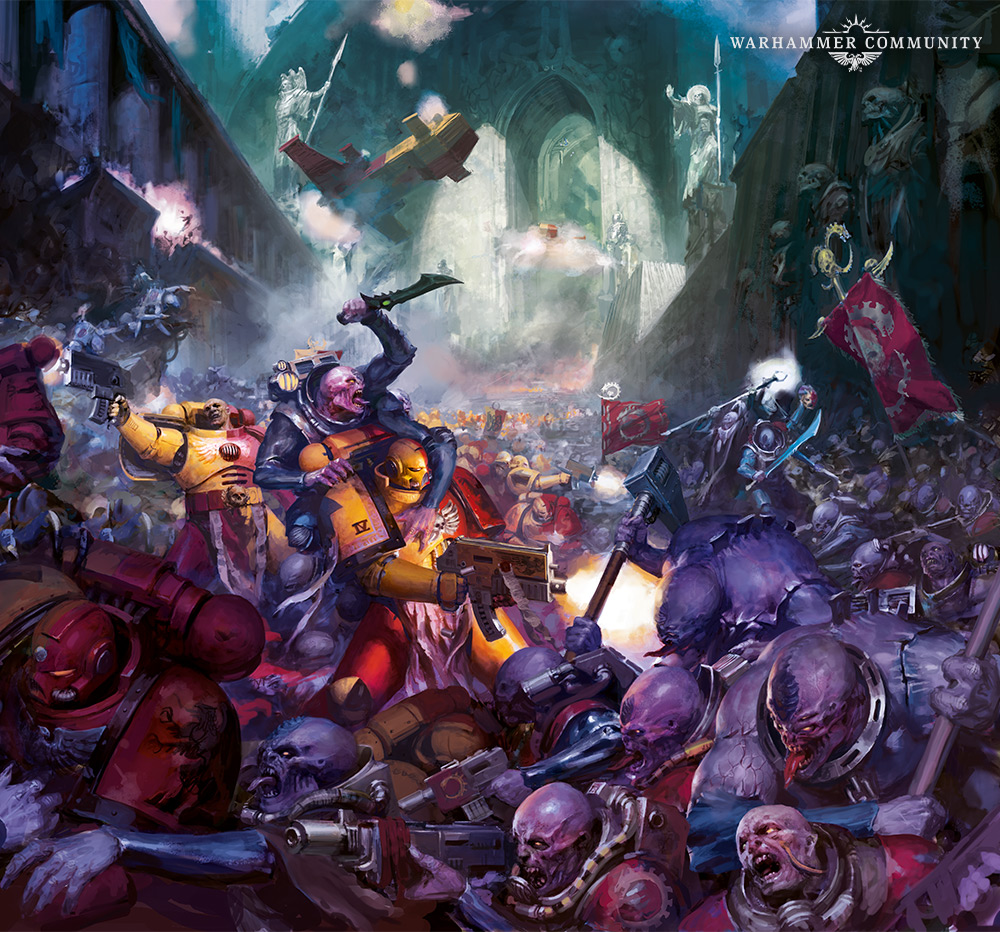 How They Play in the New Edition

To guide you through the stages of planning your uprising, we have Mike Brandt – newly minted champion of Warhammer events, one of the playtesters for the new edition and Patriarch of many Genestealer Cults rebellions.

Mike: First off, army building is a bit easier for the Genestealer Cults. The ability to flexibly add Astra Militarum and a large number of units (both big and small) within a single Detachment is a huge advantage since it guarantees you the full 12 starting Command points. 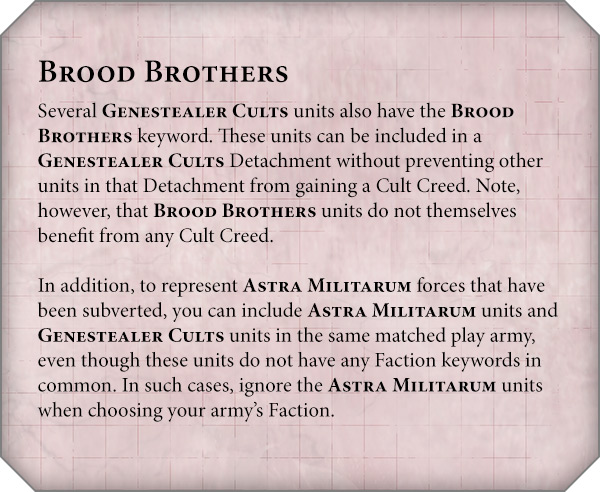 This, combined with the extra Command point per turn, means that over the standard* new edition game length of 5 battle rounds, you’ll have at least 17 in a game. Various unique Genestealer Cults abilities, such as the Nexos’ Strategic Coordinator rule, can also add Command points during play, so feel free to add a second Detachment. A pair of Patrol Detachments works really well, netting a starting total of 10 Command points, and allow you to add in some extra Cult Stratagems or benefits. Even better for Genestealer Cults is that, unlike the Strategic Reserves rules, their Cult Ambush ability doesn’t cost any Command points. Sneaky!

Wrapping units in combat** will be a little harder than it currently is. Hence, you’ll need to be clever, making sure to snag more than one enemy unit by taking advantage of our many ways to get up close and personal. Careful positioning of your forces when they arrive from reinforcements and clever use of Stratagems, such as A Perfect Ambush, before declaring charges will be crucial.

Furthermore, the changes to Morale make it actually a little safer to keep some scoring units further away from the protection of Sacred Cult Banners or a Patriarch’s Living Idol ability. Instead of an entire unit dying on a bad failed Morale test, the new Combat Attrition rules create a more graduated leadership mechanic – as units take damage, they tend to crumble slowly rather than either auto-passing via special rules or completely disappearing once you’ve suffered a certain number of casualties. This is a good thing, as spare cult units hiding on objectives can survive taking 5 or 6 casualties from indirect fire weapons with a couple of them still standing. This also means you can keep your Characters a little more closely connected to friendly units, taking advantage of the new Look Out, Sir! rule, since they don’t need to stretch their auras as liberally. 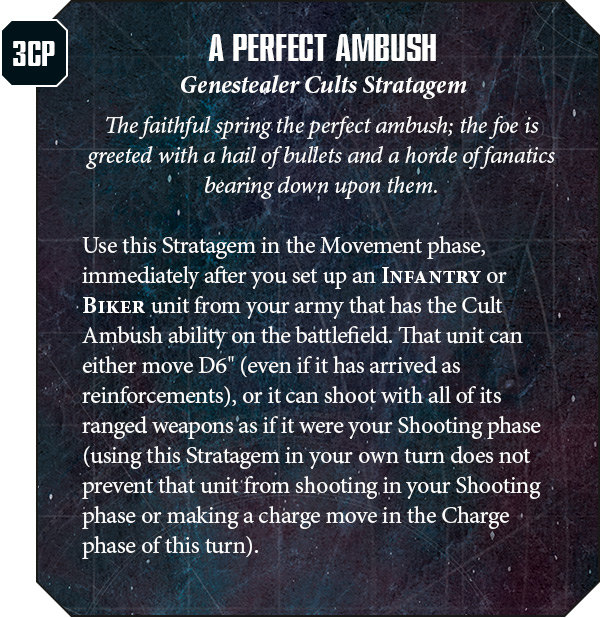 Genestealer Cults can make the game into a claustrophobic affair, with sneak attacks and ambushes a core part of their playstyle. They also have access to a large number of distinct units in any given army build. That makes them very capable when it comes to executing Shadow Operations, the new action-mechanic-based secondary mission criteria. Missions like Raise the Banners High cater expertly to the board control-centric, unit-heavy Genestealer Cults. It’s possible to pressure enemy units away from objectives AND dedicate small, expendable units to actions without wasting the turns of your heavier hitters on it. I’ve always imagined the Genestealer Cults had deeper and more sinister plans in mind than mere open combat. I love the idea of their real plan being sneaky actions, psychic rituals, or similar events happening out of sight while you’re struggling to kill their fanatical cultists! 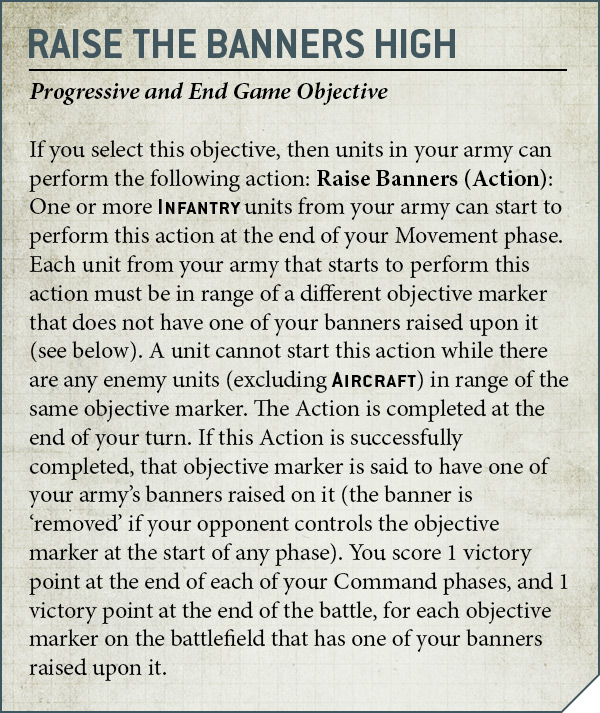 Actions are a new type of ability in Warhammer 40,000 that represent something that your warriors must accomplish in order to achieve victory. They can vary from searching for missing archeotech or activating a series of power generators, to completing a blasphemous ritual to the Dark Gods. 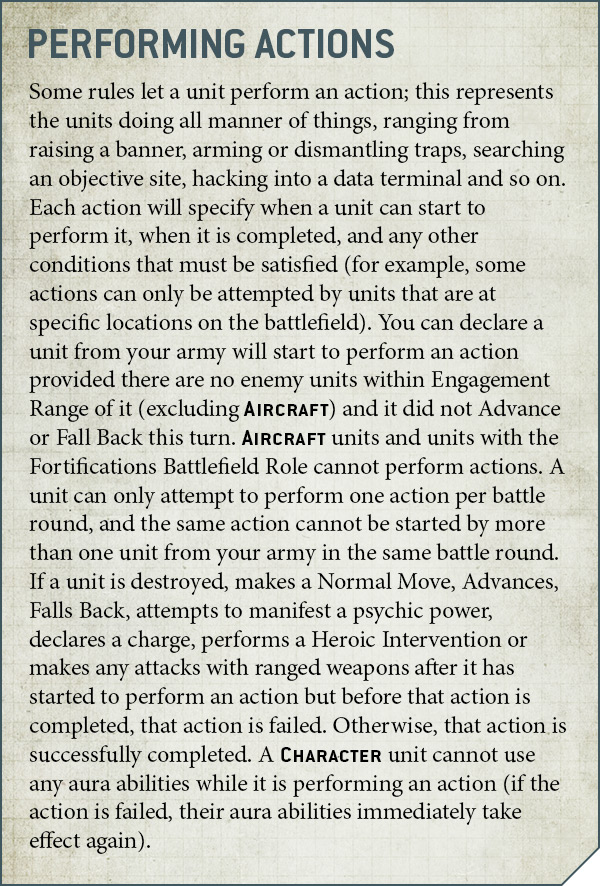 Let’s hand you back over to Mike to learn more about which units are going to be crucial to your uprisings in the new edition. 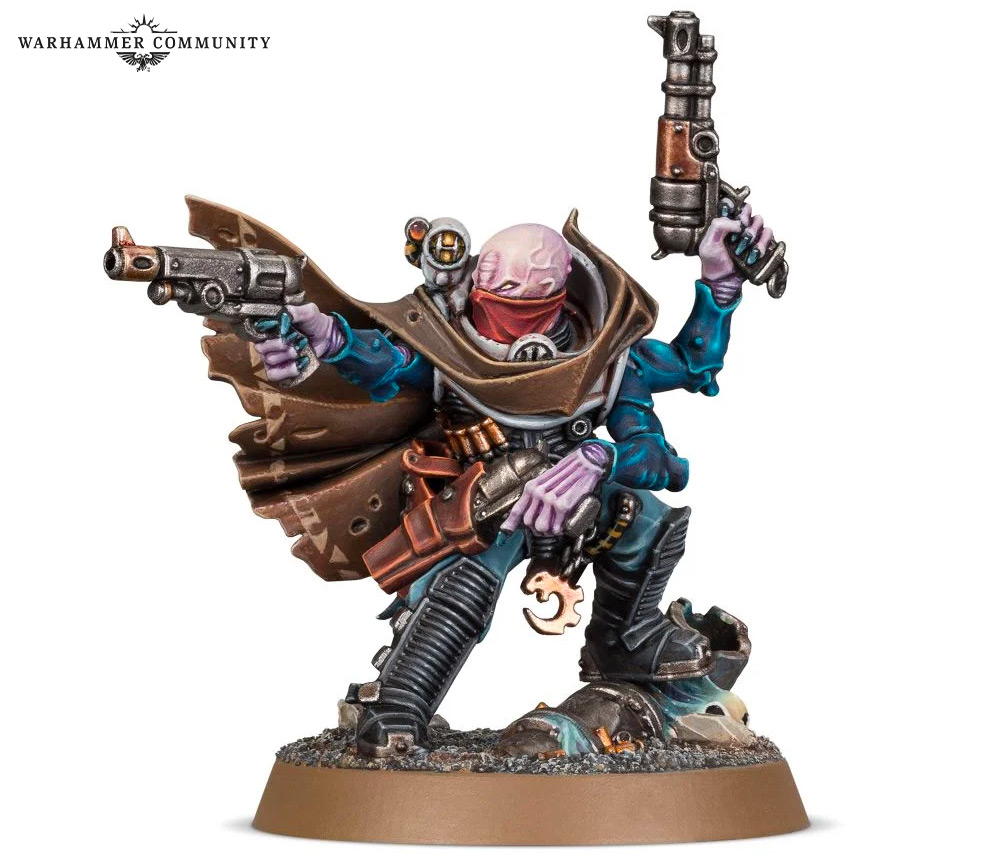 Mike: While many GSC units will still be exceptional in the new edition, I can’t wait to put more work into the Kelermorph. Already a strong unit, a critical new change to the game’s Coherency rules will make them amazing once again in combination with the Lying in Wait Stratagem. 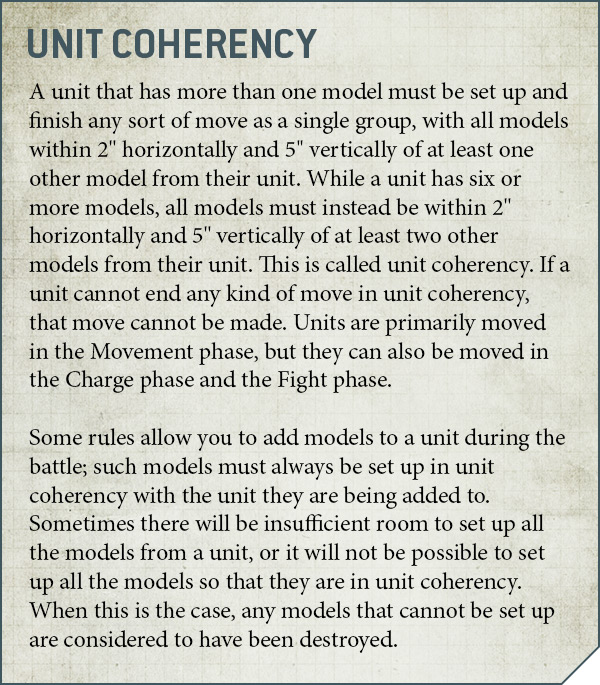 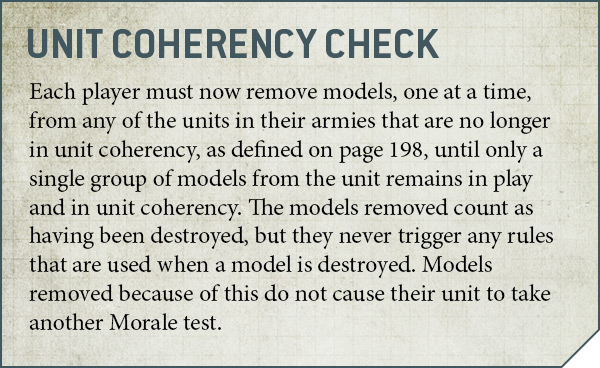 No more will long convoluted chains of Imperial Guard squads or Gretchin mobs cover the entirety of a player’s backfield. These rules mean that squads operate more like coherent formations in the game. As a result, it’s a lot harder to perfectly screen out every last inch of your board from the 3” arrival zone enabled by Lying in Wait, and the Kelermorph can once again get super sneaky and hunt backfield units or Characters with prototypical impunity. 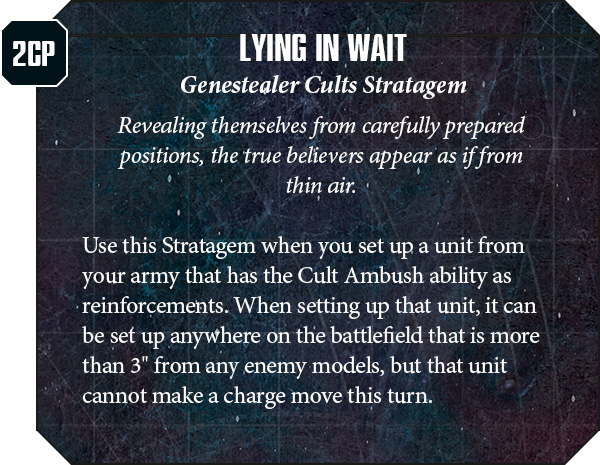 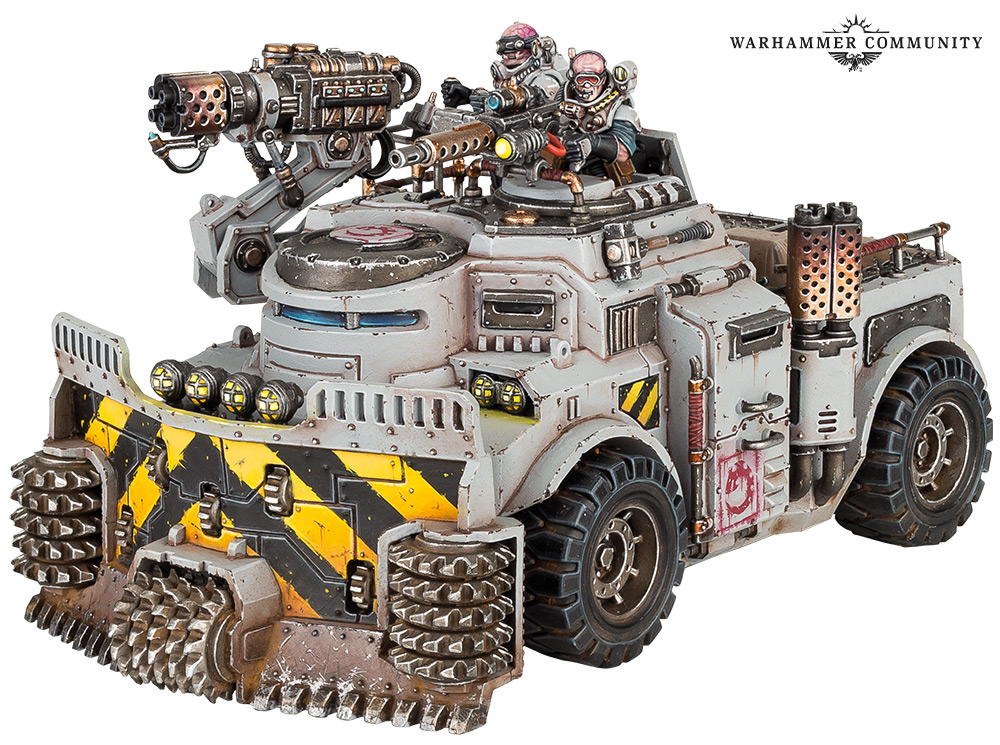 Mike: Genestealer Cults Transports, such as the GoliathTruck, are able to get up close, deal serious damage in melee, and shoot some solid weaponry into any enemy unit trying to tie them down. Currently, if an enemy is wrapping your vehicle, you lose your deadly combat unit when the vehicle is destroyed. However, with the new Emergency Disembarkation Core Stratagem, you can safely wait for just the right time to pile a load of Aberrants or other hard-hitters out of their Transport.*** 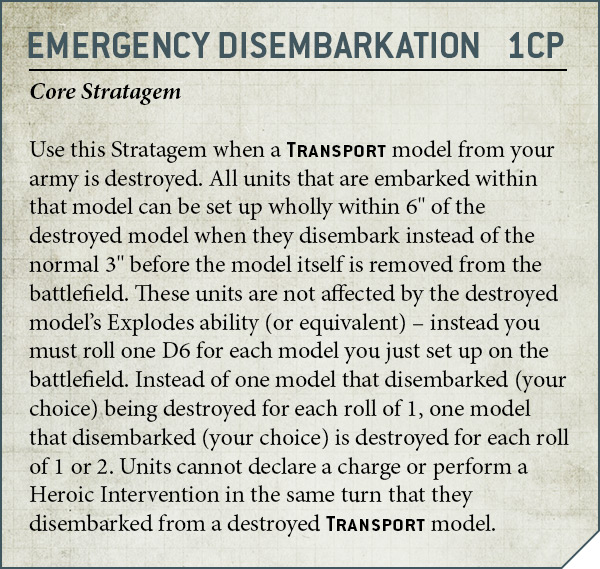 Thanks, Mike! We’re sure that the new edition of Warhammer 40,000 will see Genestealer Cults springing up all across the galaxy. Join us on Twitter, Facebook and Instagram to let us know how you’re preparing your rebellions using #New40K.

* In as much as an epic battle in the 41st Millennium could ever be considered to be “standard”.
** This is where you surround an enemy unit with your own models so that there aren’t any gaps for them to slip through and escape.
*** Emergency exits are located at the front and rear of the vehicle. Please exit in an orderly fashion.

See how the denizens of the nightmare city of Commorragh will claim victory in the new edition.

There is a canker that grows across the Imperium, rarely noticed until it’s too late – the Genestealer Cults. Now, …

Garfy’s Patriarch (and Other Projects)

Garfy finds a new hobby love. Instead of suppressing the urge to start something new, he waxes lyrical about embracing the FOMO we often feel.