Indomitus Focus: Get On Your Bike

On Saturday, we showed off the Outriders, a new fast and deadly unit for the Space Marines. Today, we take a closer look at these bikers from the Indomitus boxed set. 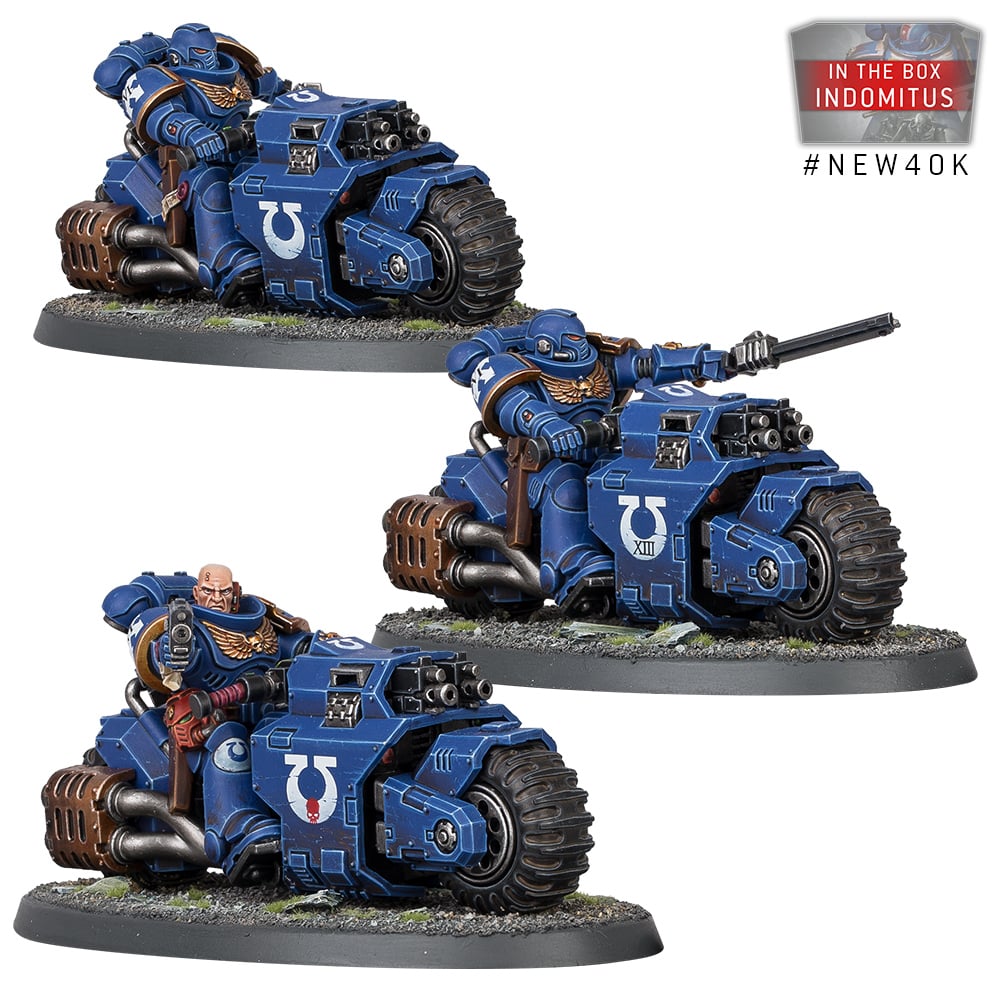 The Raider-pattern combat bike ridden by Primaris Space Marines is most commonly used to advance ahead of the main lines and to guard the flanks of larger formations. When the battle is joined, they perform lightning fast hit-and-run attacks on enemy strongholds, and are employed to chase down any who would seek to escape the Emperor’s vengeance.

Let’s take a look at Cawl’s technical diagram for these new bikes.

As you can see from the schematic, it shares a lot of similarities with the regular Space Marines Bike, including a twin bolt weapon load-out and double exhausts. However, the engine block is even more heavily armoured, and the front suspension has undergone quite an evolution.*

While looks are important for a bike, they’re nothing when compared with performance. The Raider-pattern combat bike is also excellent on the battlefield as long as its rider can dominate its bellicose machine spirit. With battle-brother and bike in harmony, victory is all but assured. But how does this translate to the tabletop? Let’s take a quick look at the Outrider’s statline.

With stats like those, fans of the White Scars and the Ravenwing will be so excited that they’ve already got their biker jackets on. In fact, we can’t wait to see the amazing conversions you come up with for these models (get the winged bike fairings ready). The Outriders are a great addition to any Space Marines army,** they’re fast, put out a lot of shots and are totally devastating on the charge. 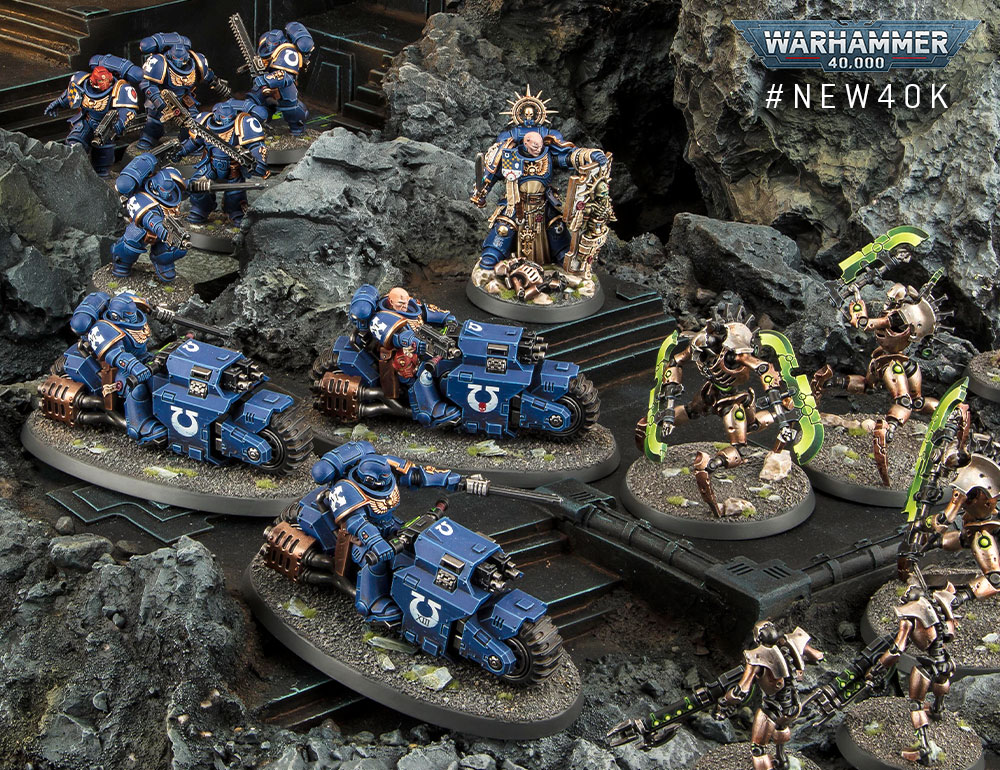 We’ll have more previews of the Outriders in the coming weeks, but just in case you missed it, make sure you check out our big preview from Saturday where we looked at all of the amazing content in the Indomitus boxed set. Join us on Twitter, Facebook and Instagram to tell us what colour you’ll be painting your Outriders using #New40K.

* You’ll see something similar on the Invader ATV too.
** They look just as good in grey, red, black, blue, in fact in any colour you can think of.

Learn about the awesome Designers’ Notes article on the Indomitus miniatures in White Dwarf issue 456.

Beyond Indomitus – Top 5 Tips for Expanding Your Space Marines

Check out our top tips for expanding your Space Marines collection from the units in Indomitus.