Ogre Teams on the Pitch

“I sent Jim home for the night so we could chew the fat about Ogres, a team near and dear to my heart.” – Bob

Ogres are a force to be reckoned with on the pitch. Tough to shift on defence, deadly on offence – and that’s just the Big Guys. Add Gnoblars to the mix and there’s a lot more going on than you might think at first. Let’s break it down… 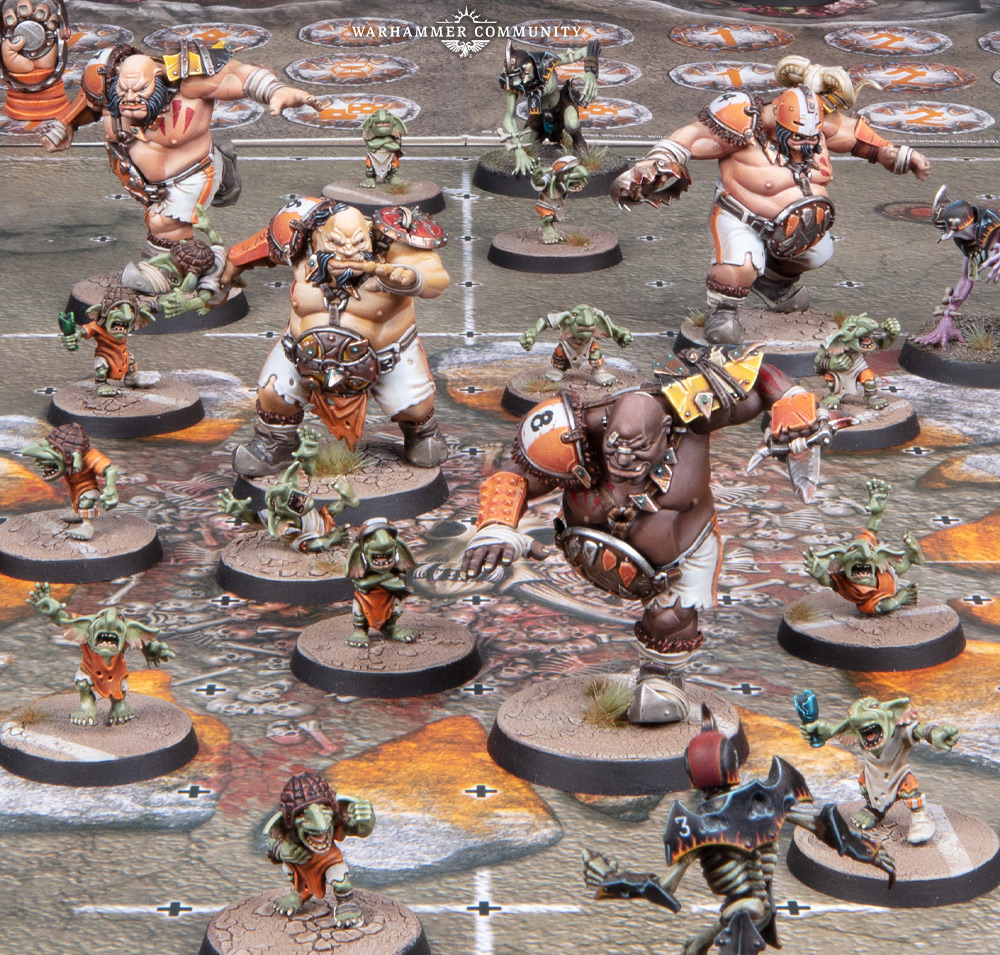 “These Ogres look like they skipped the gym and went straight to loading up on carbs.” – Bob

Ogres. You get up to six of them, including one Runt Punter. Most teams are lucky to boast even one Big Guy on their roster, and each of them is a powerhouse in their own right, with great stats and a bunch of useful skills. 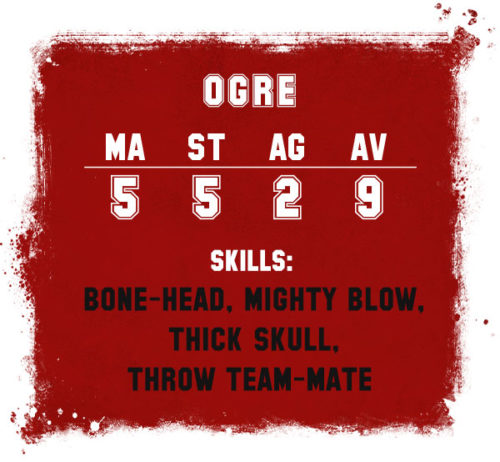 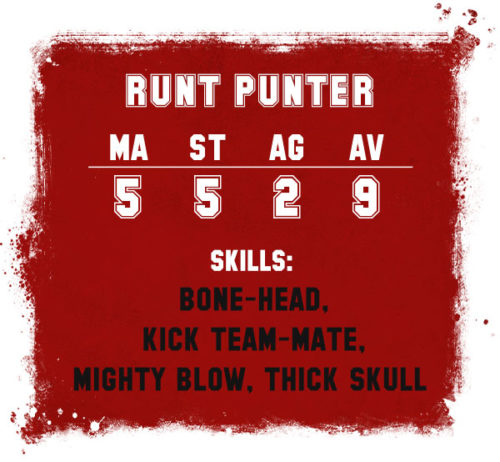 Gnoblars, on the other hand, are not exactly tough but their skills make them surprisingly slippery – they can all but waltz through the line of scrimmage. And if one does get taken out? Well, there’s plenty more where that one came from… 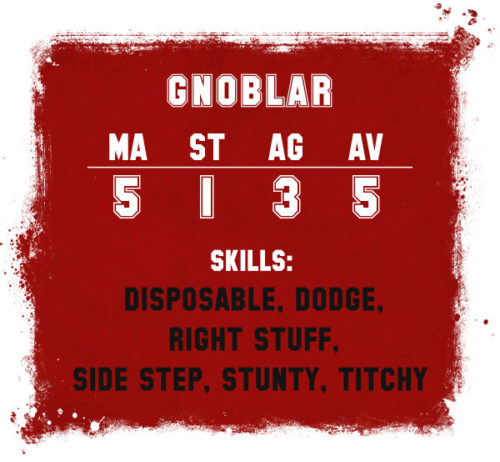 Although their Agility is just 3, the combination of Stunty, Dodge and Titchy skills mean you’ll be successfully cruising through your opponent’s Tackle Zones on anything but a 1, plus you get a re-roll if you fail! That’s very rare in this game, so the look on your opponent’s face will be well worth the effort of putting the play together.

“Yeah, you might say I’ve seen and done a thing or two in my day. Snapping bones and punching noses has opened up the world to me!” – Bob

Spike! Journal 8 includes rules for the Golden Era Star Player Bob Bifford himself, which is just flat-out fun! He’s available to play for any old team but, of course, he excels when surrounded by his peers on the pitch.

Ogres have access to infamous Star Players Bomber Dribblesnot, Nobbla Blackwart, and Scrappa Sorehead, who are tactically interesting for their own reasons. In addition to having fantastic names, their varied skills, like Nobbla’s deadly Chainsaw or Scrappa’s super-fast Pogo Stick, will keep your opponent on their toes, since these diminutive greenskins are neither typically fast nor strong. 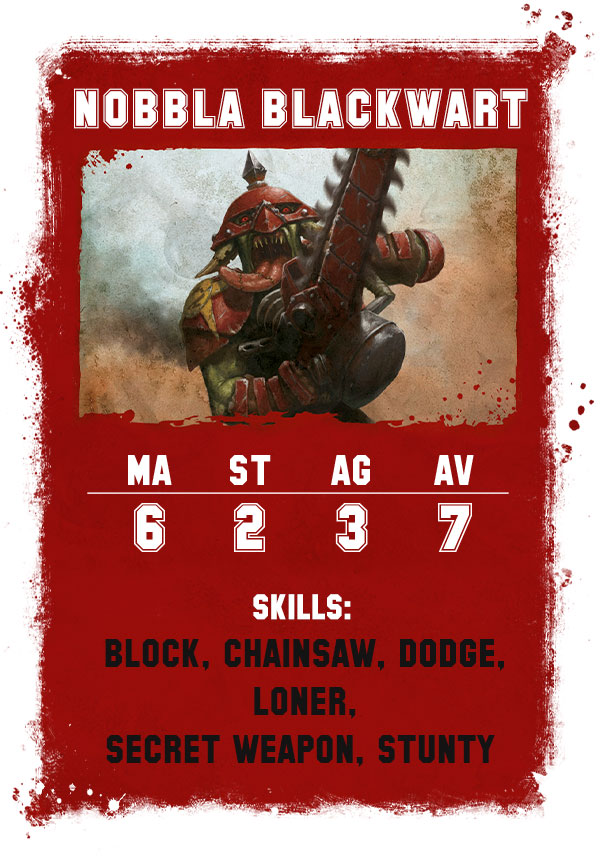 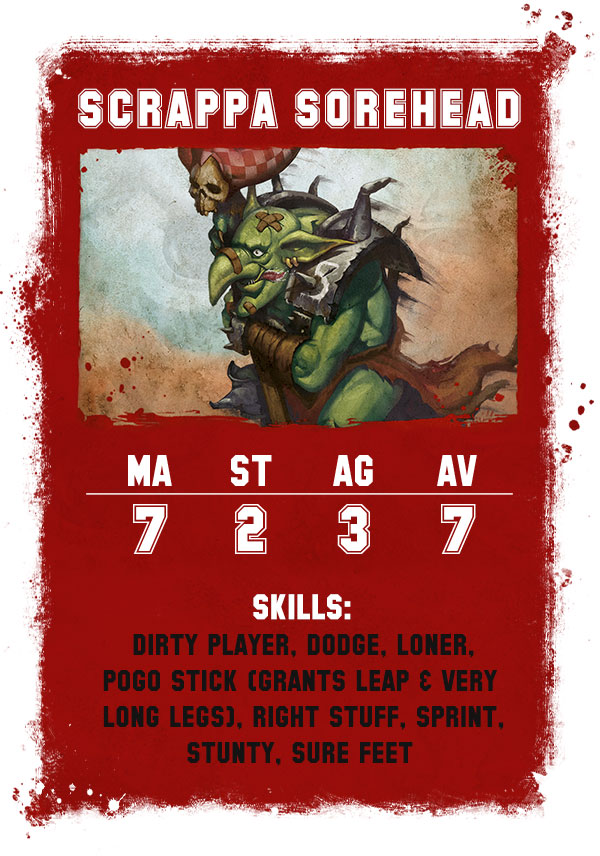 The Recipe for a Winning Team

“Coaching an Ogre team is not without its drawbacks… Mostly, finding enough food while you’re on the road.” – Bob

With a maximum of six Ogres on the pitch, you can wade through all kinds of punishment. While that’s no surprise, you may find intimidation as effective a tool as the actual application of violence. Your rival coach will have to face the prospect of tossing their strongest players at a wall of Ogres – they’ll know that’s going to hurt.

When you’re going on offence, it’s all about creating a cage for your squishy Gnoblars, then knowing when to start tossing and kicking them across the pitch. Again, just the threat of that play will cause most opponents to spread themselves thin or leave players in the backfield to account for it. 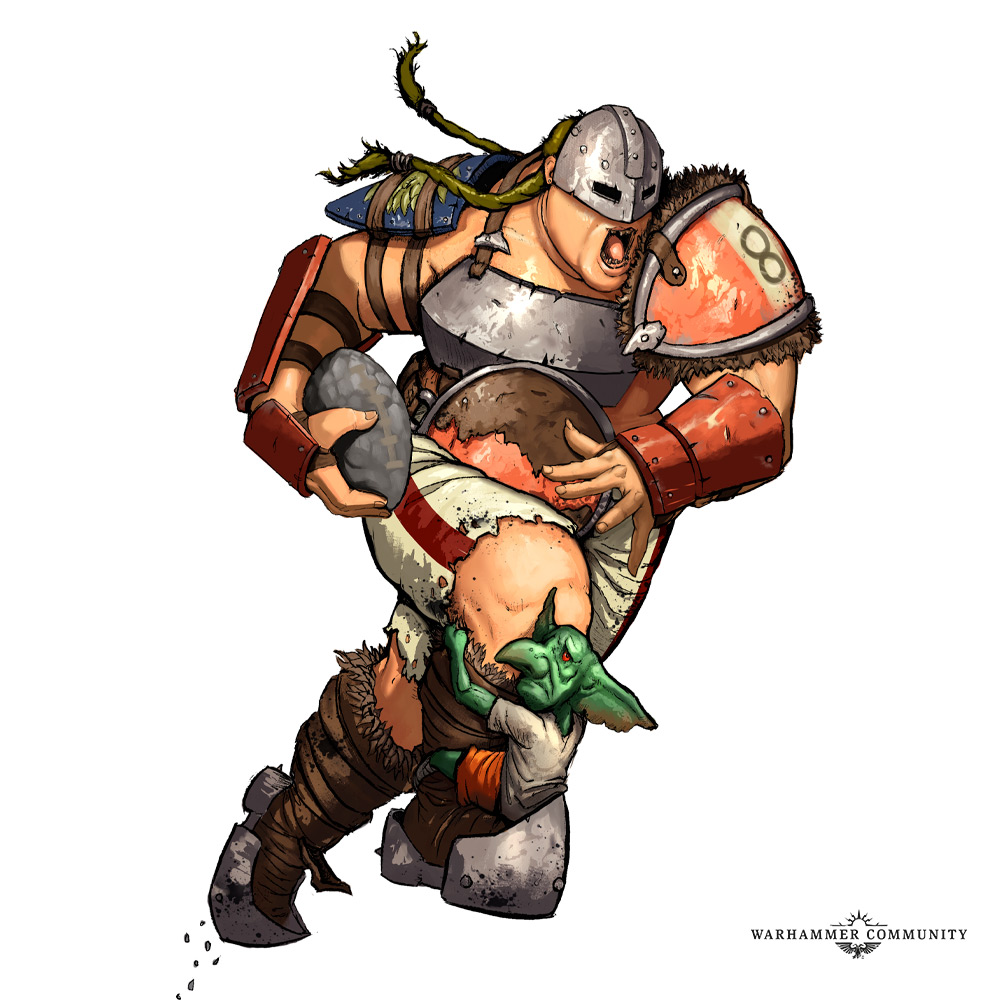 We haven’t mentioned the best thing about Gnoblars yet: they’re extremely cheap to recruit, so you can and should take a LOT of them. And the icing on the cake? The Disposable skill means that you don’t count their cost in your overall Team Value! That’s a good thing since the Ogres aren’t exactly cheap.

The Runt Punter’s Kick Team-mate skill also means that you can send your Gnoblars sailing across the pitch, while not having to worry too much about protecting them, to split the other team’s attention. 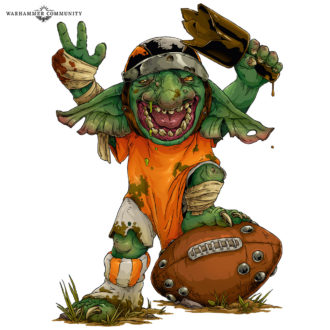 The Ogres are, without a doubt, a fun team to play with. The sheer damage-dealing potential, fantastic models – including the hilarious Gnoblars – and unusual tactics make for a fresh Blood Bowl experience.

If this knowledge morsel leaves your mouth watering for more, be sure to pre-order Spike! Journal 8 this weekend to get the full breakdown along with the team itself and all of the matching accessories.

The sun has set on the Citadel Colour Open Day, and we’re proud to announce that Yohan Leduc has been crowned …

This week’s Rumour Engine is here! Looks deadly (whatever it is). Let us know what you think it might be …

You heard the Warcry, you sent us your warquestions and now, here are your waranswers! We’ve been absolutely blown away …