Middle-earth™ Blog – Knife in the Dark

This week the paint has been flying down in the Specialist Products Studio, as the Middle-earth™ team have been frantically painting models for their ongoing Tale of Four Warlords on Warhammer TV. But, it hasn’t all been two thin coats and slapped-on washes… as Adam Troke explains, they’ve even had time for a game or two.

Adam: I think it’s fair to say that this week we’ve been tightly focussed on painting models in our lunch breaks and after work. Now, I love the feeling of having painted a glorious new miniature ready for battle as much as the next Hobbit, but sometimes you’ve just got to let your hair down* and roll some dice! So, on Wednesday afternoon, I challenged Jay to an impromptu ‘scenario challenge’. Here’s how it would work:

Using the glorious The Ruined Watchtower of Amon Sûl at Weathertop from Forge World, we would play ‘A Knife in the Dark’ six times (three each as Aragorn and the Hobbits, and three each as the Nazgûl). As is fairly typical in the Middle-earth team, there would be a prize of cake for the winner! 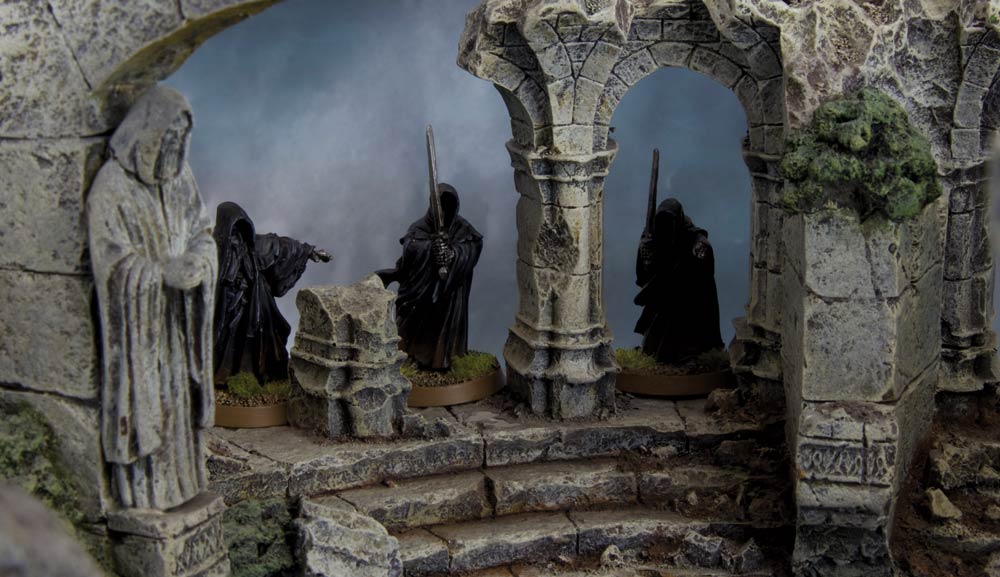 It’s fair to say that by the end of the first game, I was very confident of victory. Not only did Samwise take the Witch-king out with a deft stab of his knife, but Aragorn had no trouble doing away with the other Nazgûl when he arrived, and all for the loss of a lone Brandybuck. Unfortunately, it seems that I shouldn’t have been so pleased with myself. Jay went on to win the next four games in a row, beating me as Aragorn and the Hobbits (including an epic Heroic Combat that took out two Nazgûl in a row), then with the Nazgûl… twice each.

My only salvation was that, in our final game, I managed to scrape a desperate win and recoup a little honour, finally felling Frodo with my last Nazgûl (who only had a two Will points remaining, and a very angry Aragorn bearing down on him). 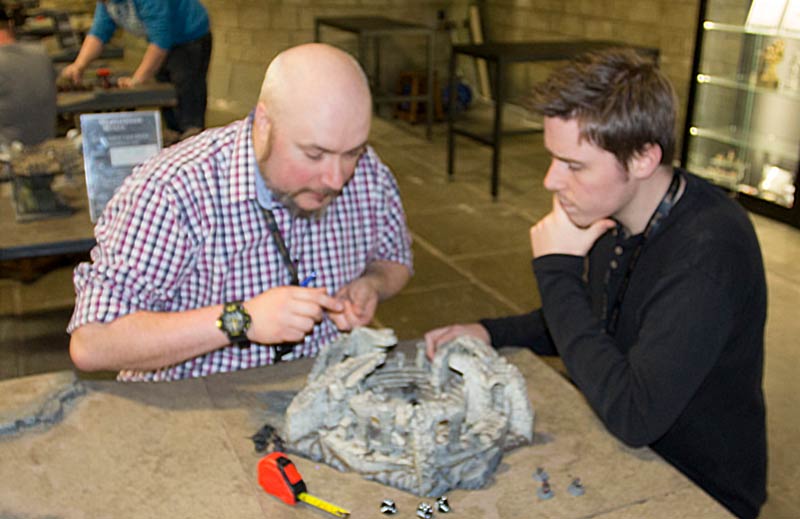 If you’ve not tried the scenario before, make sure you download it from the Forge World website and give it a go – especially if you have the gorgeous Amon Sûl scenery piece!

As for us… well, Jay’s gone to see if they have any seed cake in Bugman’s Bar today.

Finally, don’t forget to join us on Warhammer Live tonight (Thursday 25th May, from 4pm BST) for some Middle-earth chat and a bit of fun. If you can’t make the live stream, don’t panic – the whole archive is available for subscribers on demand.

* Editors note: Considering Adam hasn’t any hair to let down, we’re not sure whether he’s being intentionally ironic or is just blissfully unaware.

It’s time for another Apocalypse Faction Focus! In our previous rules-packed preview, we looked at the indomitable Adeptus Astartes, while …

A few days back, some of you Gryph-eyed readers noticed that in our post on the new Stormcast Vanguard Chamber we …

Our Forge World preview this week is some heavy-hitting units for the Thousand Sons. A Legion unlike any other, the …