Exciting news for Warhammer fans everywhere – another Warhammer animation has entered development, and we’ve got the scoop!

Interrogator will be a noir-style detective drama, set in the grim and dirty underbelly of the 41st Millennium. The main character is our eponymous Interrogator, a down-on-his-luck Inquisitorial agent whose master has died and now finds himself facing an uncertain future. 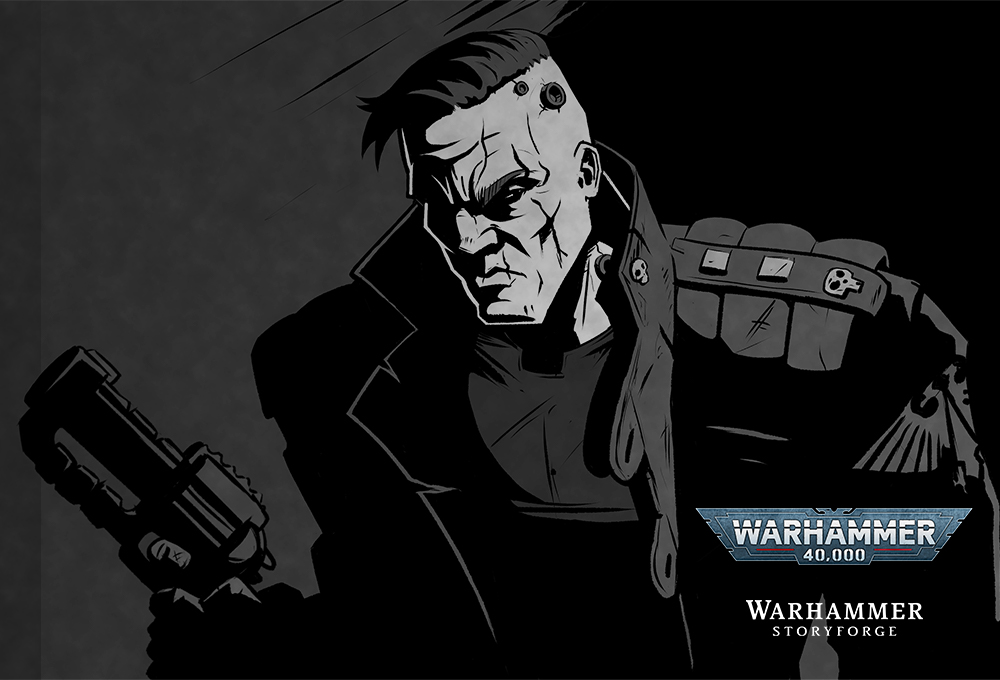 Meet the ‘hero’ of Interrogator. His master is dead, and the weight of the Imperium presses on his shoulders like a down-hive servo-hauler.

This character concept was produced in partnership with the Warhammer Storyforge team and the artists at Sun & Moon, the animation studio bringing the story to life. We love the attention to detail – that pistol? That’s a modified stubber like those carried by Palanite Enforcers.

We’ll bring you more details as we have them, but for now, we can confirm Interrogator will be a full series and will pull no punches. Expect a unique aesthetic and a storyline as grim and dark as anything the 41st Millennium has to offer.

We’ll bring you more information on characters, plot and release dates when we have them – but for anyone counting at home, that’s now three Warhammer animated series in development: Angels of Death, Hammer and Bolter, and now: Interrogator!

Can’t wait for more info to drop? Nor can we! In the meantime, we can heartily recommend the soundtrack to Angels of Death. Scored by Emmy-nominated composer Jonathan Hartman, it is now serving as the background music to painting sessions all over the world – download it now if you want the epic sounds of Warhammer right in your ears.

An entire day dedicated to Warhammer 40,000? At Warhammer World, the official home of the hobby?! Sounds like an awesome …

It’s December 7th, 2019 – it’s a cold, fresh morning in London, England and a horde of world-class musicians are …

When we showed you the trailer for Angels of Death recently (and our awesome media reel last year!), there were …