We’ve been hinting at it for the past few weeks, but today is the day we finally spring the new rules for Strategic Reserves in Warhammer 40,000 on you. Brace yourselves – this is one of the biggest changes to the game’s core rules, and it will have a massive impact on your future battles. Let’s dive right in.

What Are Strategic Reserves?

The Strategic Reserves rules are designed for use by Battle-forged armies and represent the tactical advantages that a well-organised force will enjoy not only on the battlefield but in the wider theatre of war. They give YOU total command over your strategy, offering you the chance to divide your forces, outmanoeuvre your opponent and hold back reinforcements, just as battlefield leaders have done for countless generations! If used with sufficient cunning, Strategic Reserves have the potential to give you a massive advantage over your opponent by outflanking them or bringing overwhelming force to bear and blunting their attacks – as you’re about to see. 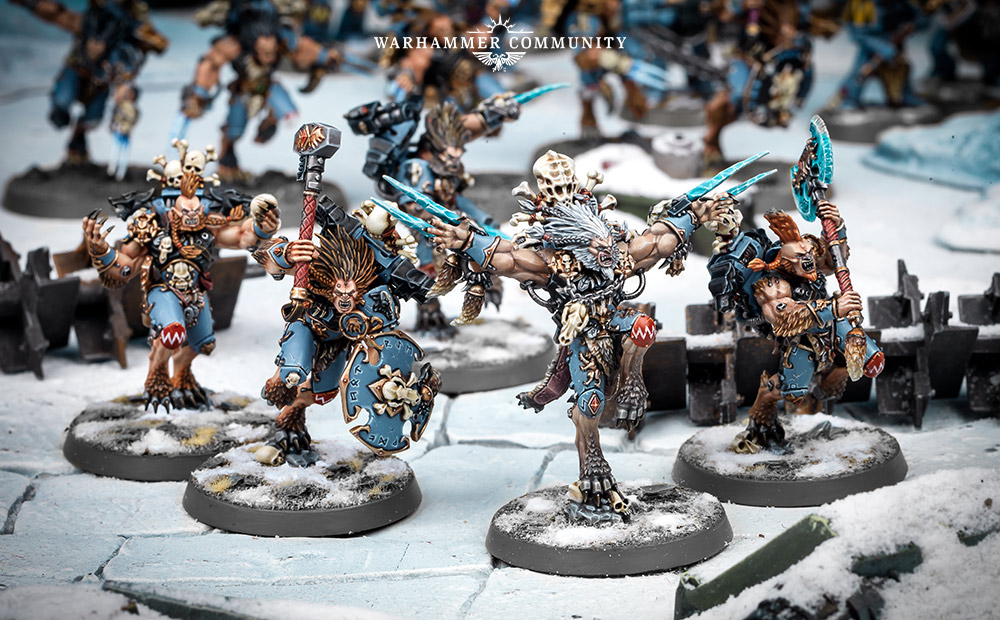 The ability to place units into Strategic Reserves costs Command points, depending on the combined Power Ratings of the units you wish to deploy in this manner. It’s worth pointing out at this stage that, if your units have abilities that enable them to set up somewhere other than the battlefield (such as a teleportarium chamber for the Teleport Strike ability of Terminators or when using the Cult Ambush ability of the Genestealer Cults), the Strategic Reserves rules don’t apply to them. 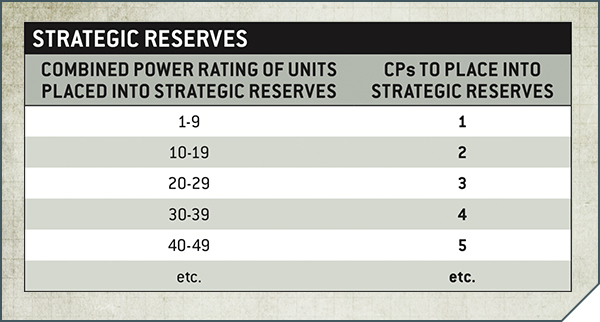 Though it may seem like using Strategic Reserves to shield some of your most valuable units from the guns of your enemies is a no-brainer, it comes at a cost beyond a few Command points. Strategic Reserves can’t arrive until the second battle round at the earliest, as they’re busy moving into position. As a result, if you hold more units back, the forces you do deploy on the battlefield may find themselves heavily outnumbered at the start of the battle. 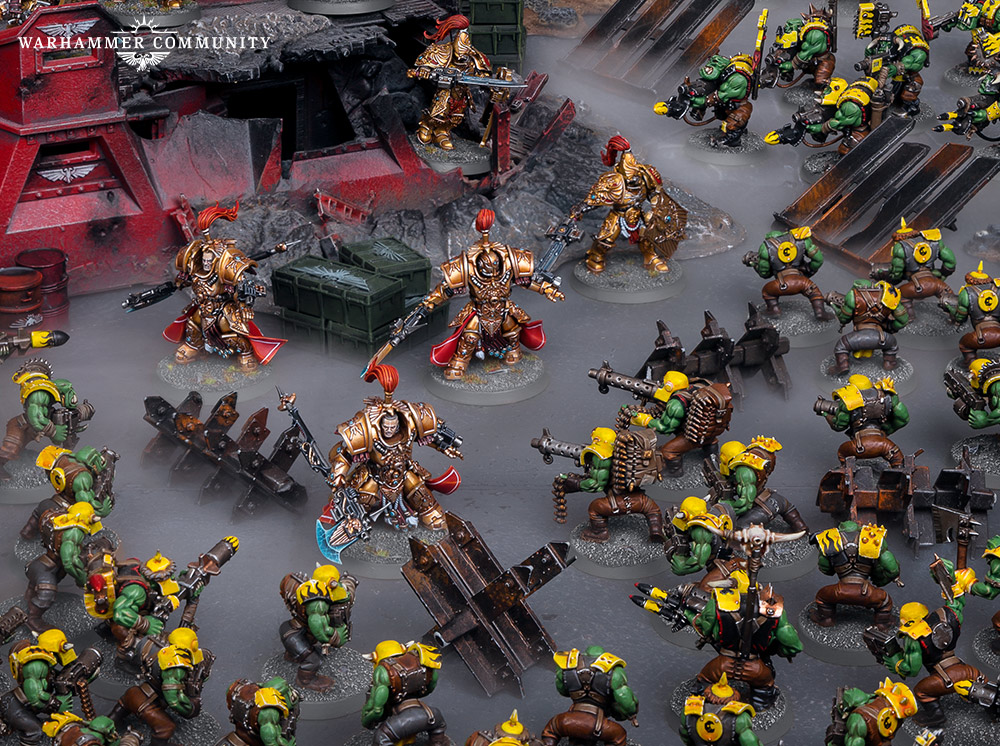 However, bringing fresh forces onto the battlefield in the right place and at the right time can turn a battle’s outcome on its head. There’s more to it as well – the longer you hold your nerve and keep your Strategic Reserves off the battlefield, the further forward they can advance to outflank the enemy army and launch an attack, even directly into your opponent’s deployment zone itself! 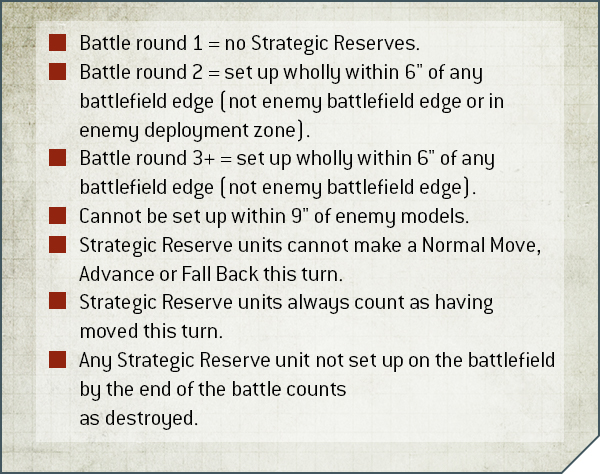 This delayed reinforcements method is especially effective with melee-focused armies – especially if you’re able to support such an attack with abilities or Stratagems that offer bonuses or re-rolls to charge rolls, such as with Orks, Black Templars or Tyranids of Hive Fleet Behemoth. Being able to get the jump on your opponent in their own deployment zone can be devastating to their battle plans.

Strategic Reserves aren’t all about outflanking the enemy, though. Should your opponent overcommit with their initial attack, it’s possible to deliver a punishing counter-blow with your reinforcements. Strategic Reserves units can’t normally be set up within 9″ of any enemy models, but if you set them up within 1″ of your own battlefield edge, they can be set up within this distance – and even within the 1″ Engagement Range of enemy models! If they do so, they count as having made a charge move, and your opponent will be unable to fire Overwatch against them!

Remember, as we mentioned in our preview of the new Flyer rules, any Aircraft that leave the battlefield automatically enter Strategic Reserves,* so will be free to return to combat airspace later in the battle as described above. Let us know how you’re planning to use Strategic Reserves in the new edition on the Warhammer 40,000 Facebook page, Instagram and on Twitter using #New40K.

* And no, this doesn’t come at a cost in Command points for the privilege! Your pilots are free to pull off whatever spectacular and/or reckless manoeuvres they wish to spin round and roar back onto the battlefield, guns blazing.

Something awesome this way comes…

Find out all about the four recommended game sizes in the new edition!

In Road to Apocalypse, we’re following four members of the Warhammer Community team as they expand their existing Warhammer 40,000 …