Oh, you thought we were done showing you awesome stuff for today? Think again. Now that you’ve seen all the amazing miniatures crammed into the best Warhammer 40,000 boxed set ever made, we wanted to show you some of the other goodies that we couldn’t fit in…

Combat bikes are great, but sometimes you’ve gotta bring the big guns along for the ride. 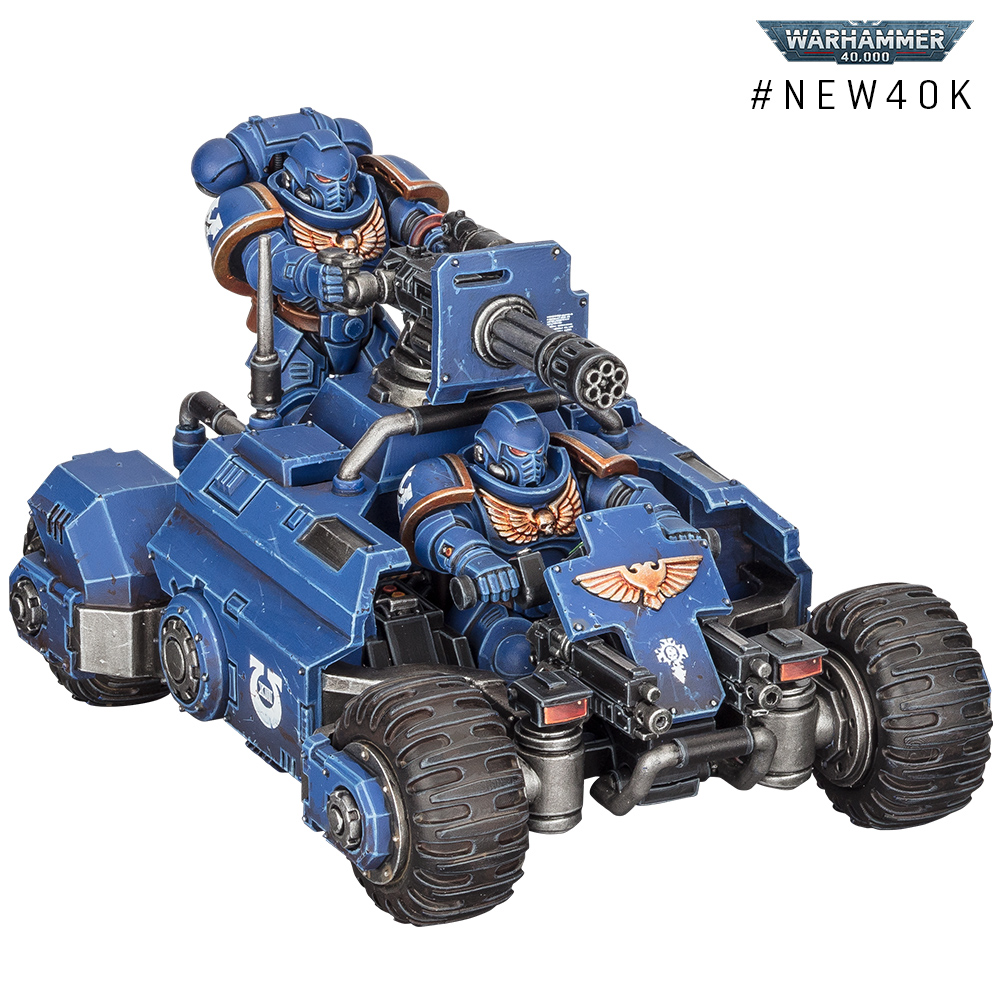 Invaders can go anywhere your Outriders can go, and you can arm them with either an onslaught gatling cannon or a multi-melta to lay down some serious supporting firepower in a hurry. Talking of big guns…

Lock down the battlefield with heavy weapon platforms fit for Primaris Space Marines. 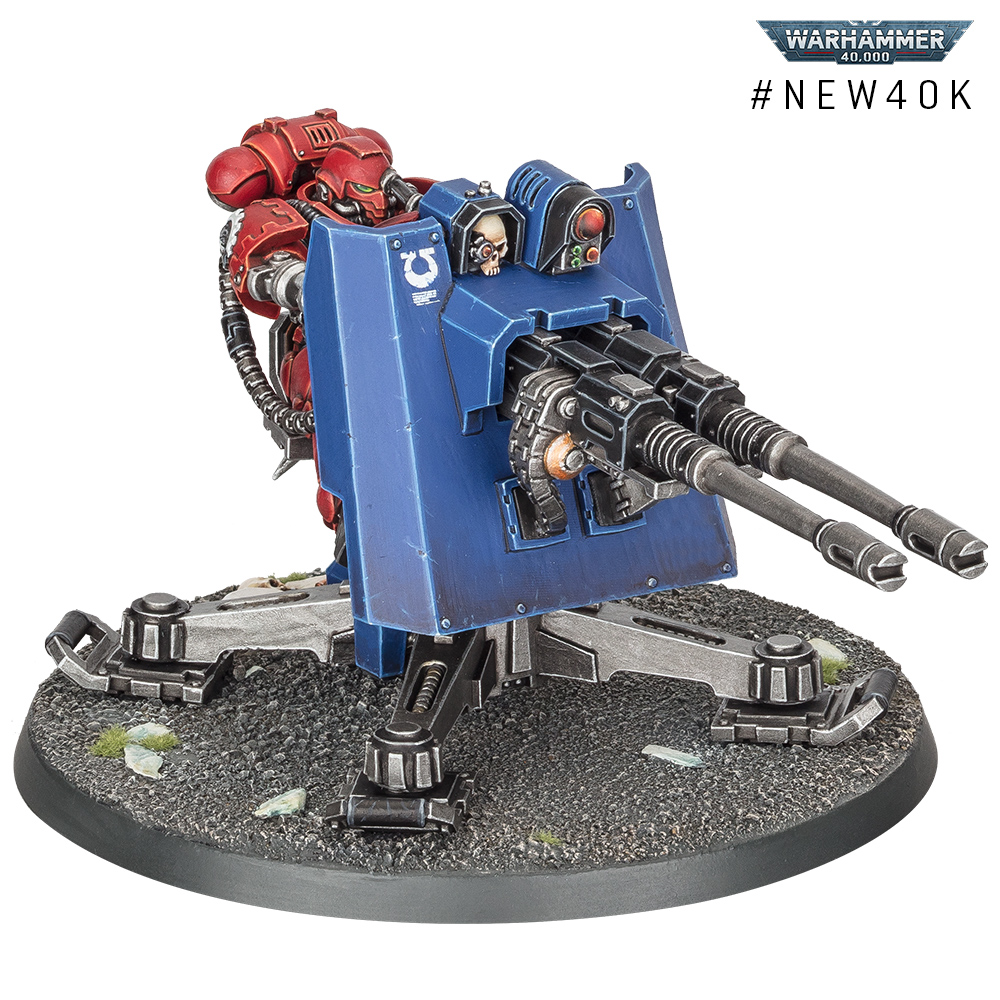 Mounting either a twin accelerator autocannon or twin las-talon, and crewed by one of the Emperor’s finest, your enemies will think twice about taking on a Firestrike Servo-turret. Hold the line while the more mobile elements of your army leap into the fray!

But just what are these heavy weapons shooting at, anyway?

These immense floating robots put the heavy back in Heavy Destroyers… Just look at those oversized thrusters!* 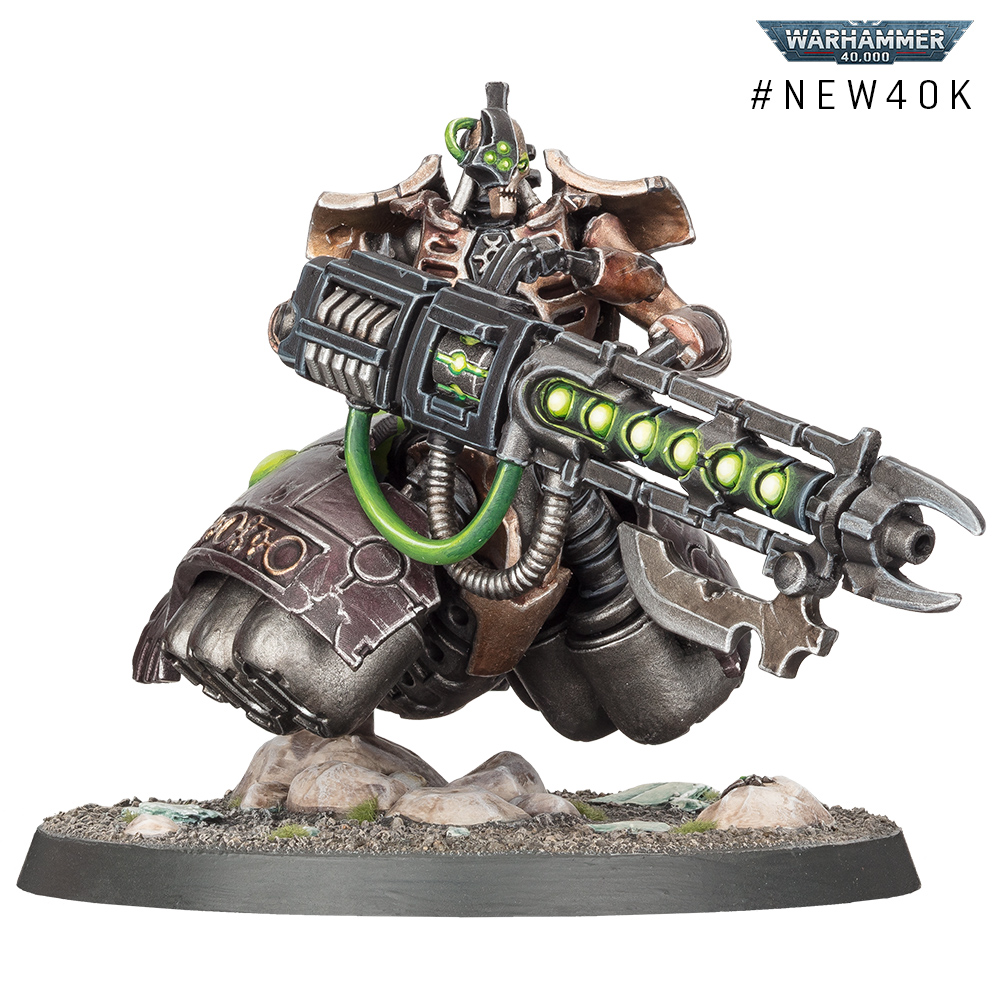 Fitted with advanced optics and wielding gauss destructors and enmitic exterminators, Lokhusts are programmed to erase the heaviest opposition. Those powerful jets make them highly mobile, and the long reach of their weapons means they’ll be taking out their quarry and making for an especially resilient target.

But even those big guns look tiny next to this one!

The Necrons really know how to gain an advantageous firing position for their heaviest weapons! 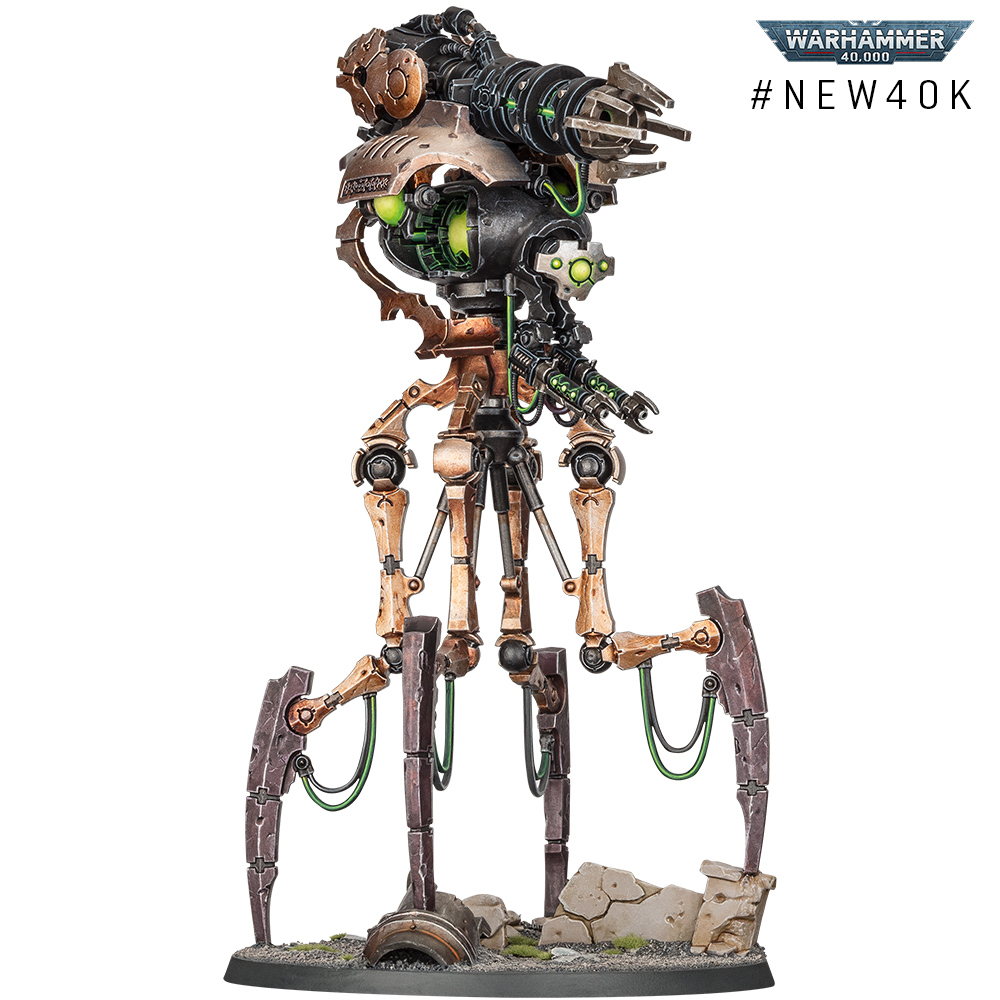 The colossal Doomsday Blaster mounted to the back of these leggy constructs can be fired on the move, or they can remain stationary to unleash its full cataclysmic potential. If anyone gets too close, auxiliary twin gauss flayers add a little extra hurt.

You’ll also be able to delve deeper into the events of the Indomitus Crusade in the Black Library novel Indomitus by Gav Thorpe. This sees the Ultramarines attached to the supposedly cursed Crusade Fleet Quintus encounter the Necrons in the Pariah Nexus. Faced with a choice between saving billions of souls and bringing word of xenos horrors to Primarch Guilliman, they must make a difficult decision. 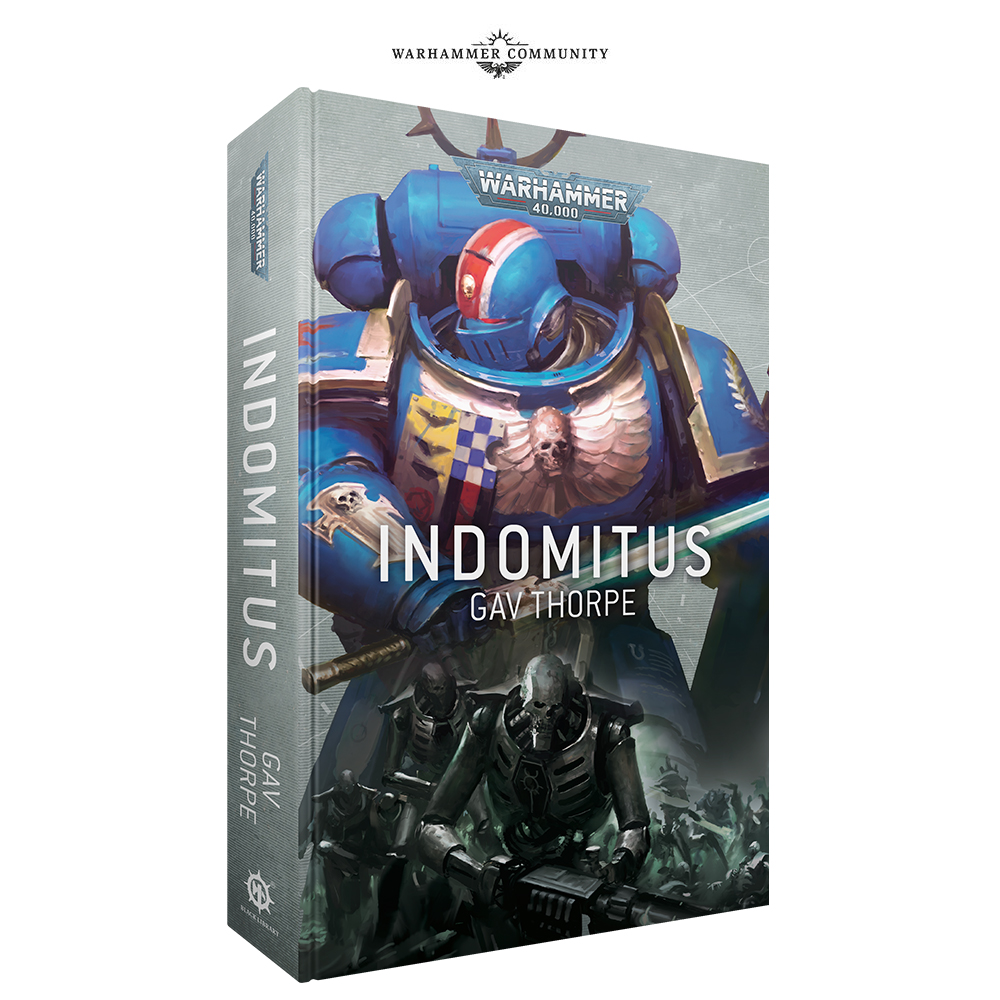 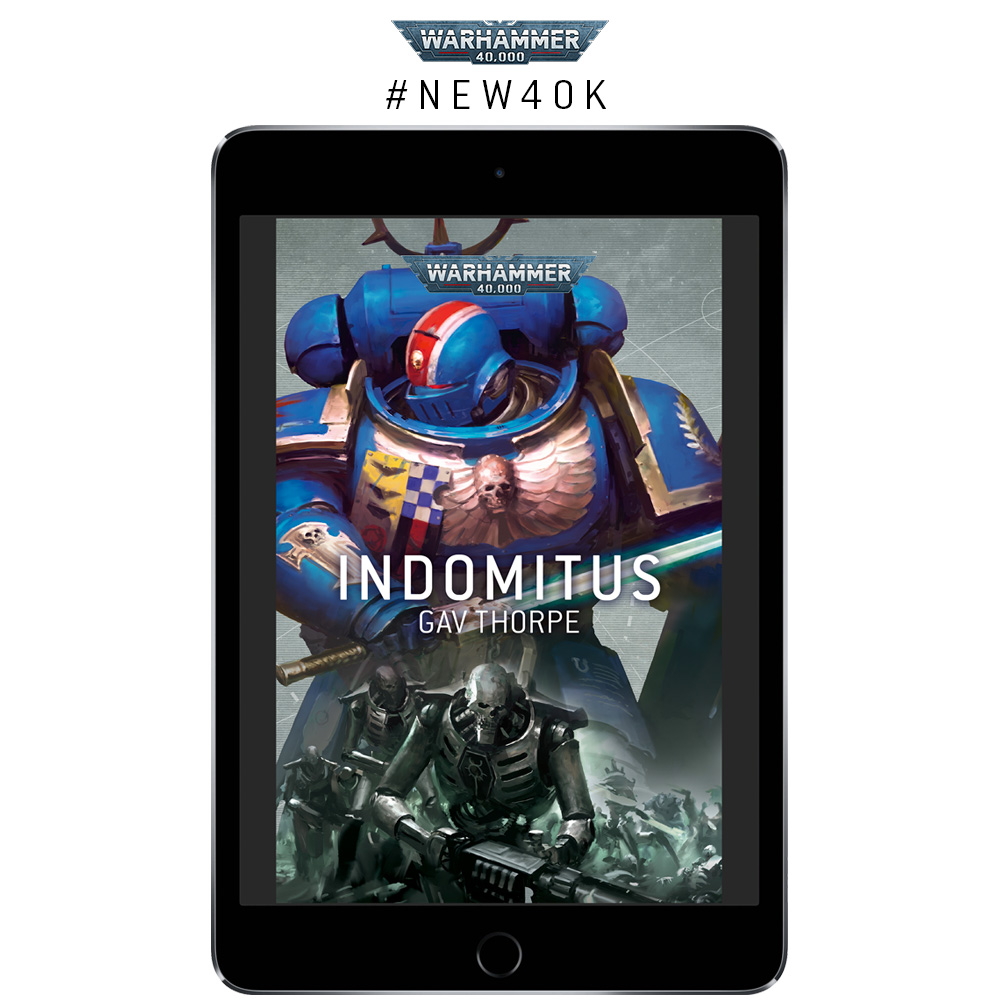 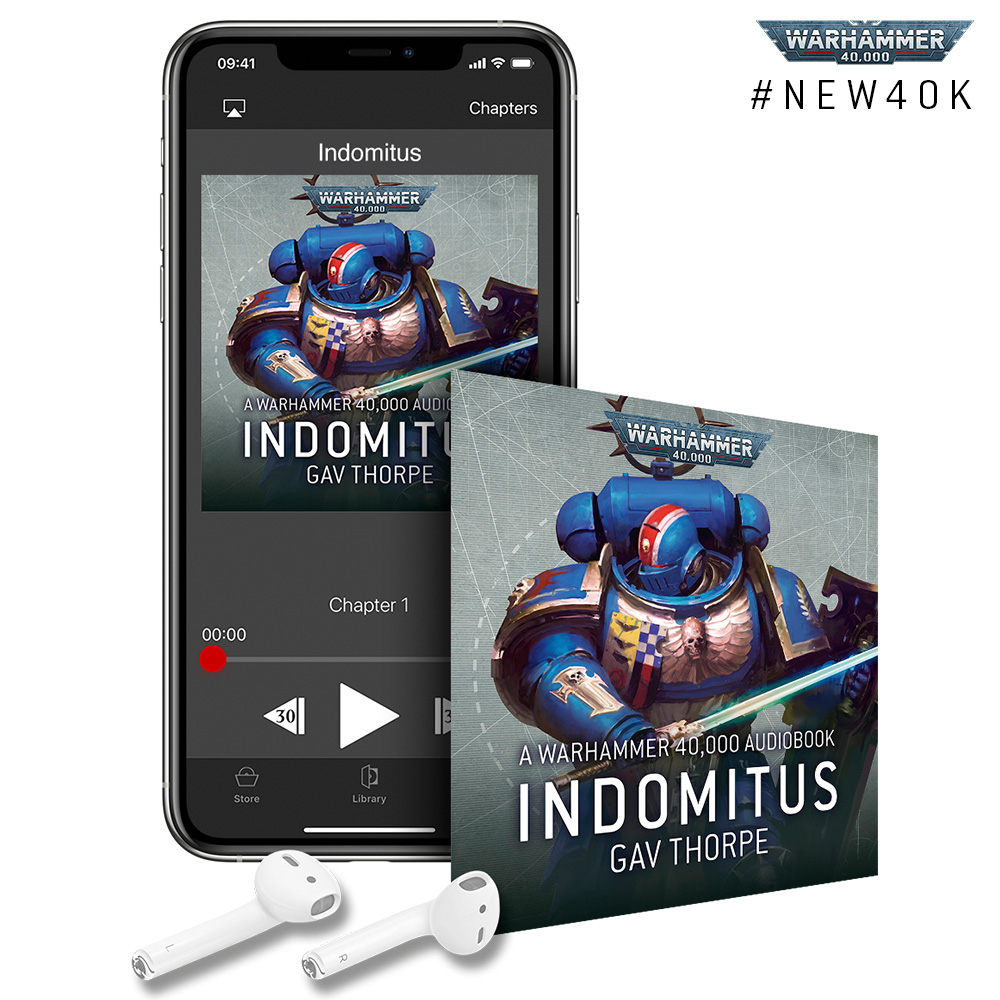 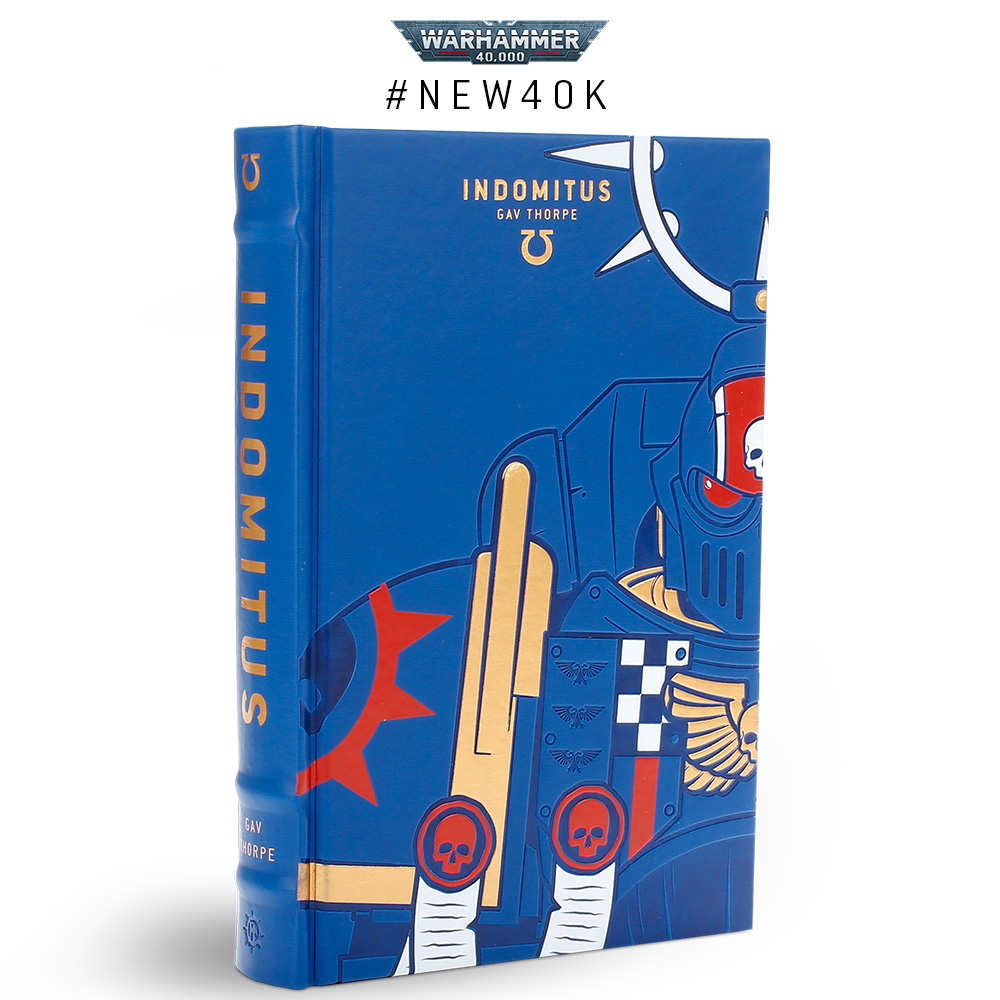 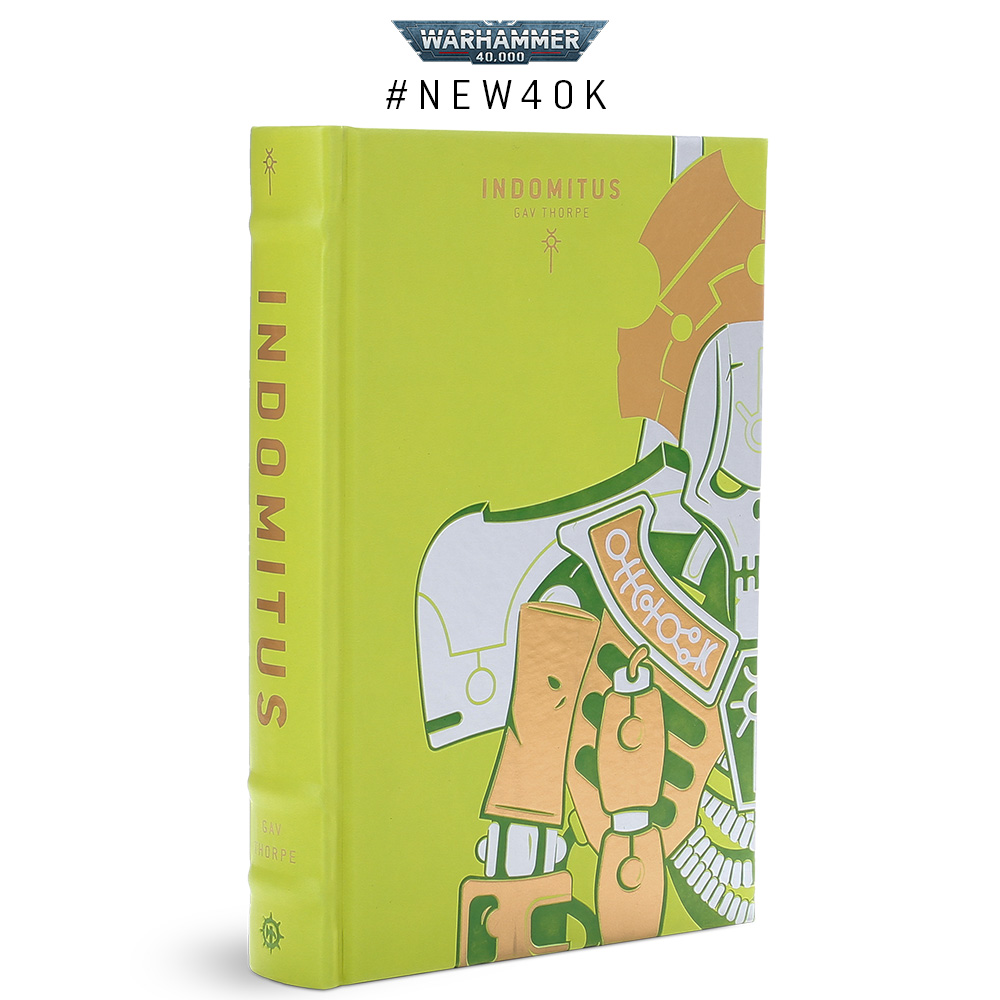 This novel will be available in hardback, eBook and MP3 audiobook formats, as well as in not one, but two fancy special editions. The special editions will contain an additional short story and will be themed around the Ultramarines and Necrons, complete with coloured covers and page edges to match your chosen faction. Look out for the novel at the same time as the boxed set.

Who do you think is winning the battle of the big guns? All of these kits will be available as push fit models – which is good because you’re going to want a lot of them. We can safely say these are hardly the last new kits you’ll see for both Primaris Space Marines and Necrons, including multipart kits, big centrepiece models, and more vehicles. Stay tuned for more information as soon as we have it!

Five Things You Need to Know About the AdeptiCon Warhammer Preview

The Warhammer Preview is coming – here’s what you need to know.

The Vanguard of Victory

The Primaris Infiltrators were first sighted in the Shadowspear battlebox. Well, Space Marines fans can rejoice as they are now …

Chronicles of the Adepta Sororitas

With the long-awaited range of plastic Adepta Sororitas models finally hitting shelves, you might be wanting to find out more …