So, it turns out that a lot of you are really keen to get your hands on Shadow War: Armageddon. 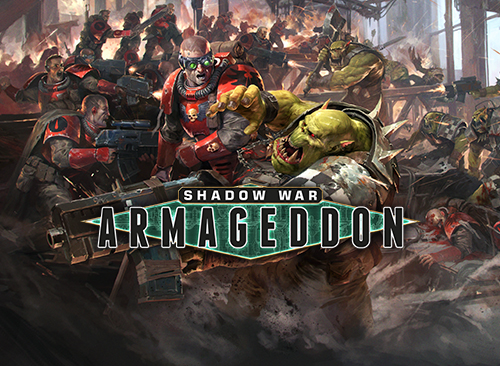 The new boxed game of skirmish warfare, set in the industrial sprawl of an Imperial hive world, went on sale last weekend. We had known this would be a popular game, combining elements of the classic Necromunda rules set with some fantastic new Warhammer 40,000 modular terrain, but we hadn’t expected the demand to be as high as it was – the box sold out online within minutes.

There will be copies in stores this weekend, but again, we are expecting demand to be high, and this might still leave some of you who were keen to play, with no way of getting your hands on the rules.

Don’t worry though – we we have some good news for you.

We will be making the rules for this game more widely available, very soon. 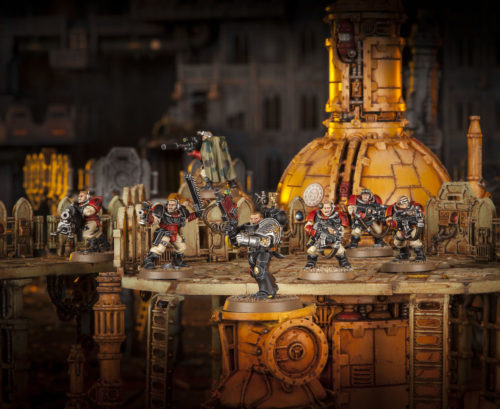 Not only that, but following requests we’ve received throughout this week, our rules team are also looking to expand the number of playable factions in the game.

We’ll bring you news on exactly how and when you’ll be able to get ahold of the rules outside of the box, and the new factions, just as soon as we can.

For those of you who were keen to get your hands on the terrain content from the box, the new modular Sector Mechanicus scenery pieces will be available separately, and you can pre-order those kits this weekend. These work really well as Warhammer 40,000 scenery pieces for any war zone, and they can combine together to create some really spectacular battlefields.

So, whether it’s the rules for the game or the scenery you’re after, you will be able to get your hands on it.

And even before that, you can still join in on Shadow War: Armageddon campaigns in local stores, with just a single box of Warhammer 40,000 infantry.

Find your local store HERE and contact them to learn more about how to get involved.

Take a look at some of the new tests that await you in the latest Blackstone Fortress expansion.

Get the Whole Family Warhammer-ing This Christmas

It’s the perfect time of year to share the joy of Warhammer!