Everyone in the Warhammer Community office is excited about the new Sisters of Battle kits being available to pre-order this weekend so, when the opportunity to paint some Sisters arose, a battle royale broke out. Here are the fruits of the labour of the three lucky winners.

I started my Battle Sister the same way that I’ve been starting a lot of my models recently – undercoating with Leadbelcher, followed by a 50:50 mix of Akhelian Green and Contrast Medium. This gives the model a solid coverage of colour right away. My next step was really unusual – highlighting with Contrast paint. Yes, you read that right, I highlighted the armour with more Contrast paint! Then, I followed more traditional painting techniques for the tabards and such.

The models are so organic in their shaping that Contrast paints are really effective and do an awful lot of the work for you. Now, I’m really excited about building up a whole Adepta Sororitas army.

The Retributor kit is fantastic to build and there’s a great selection of parts, making the models really easy to customise. I love some of the head options available, and with so many spares, my bits box is now ready for small conversions of other Sisters of Battle kits. When equipping them, I decided to go with double meltaguns, double flamers, and a combi-plasma on the Sister Superior, making the squad lethal against all kinds of non-believers. 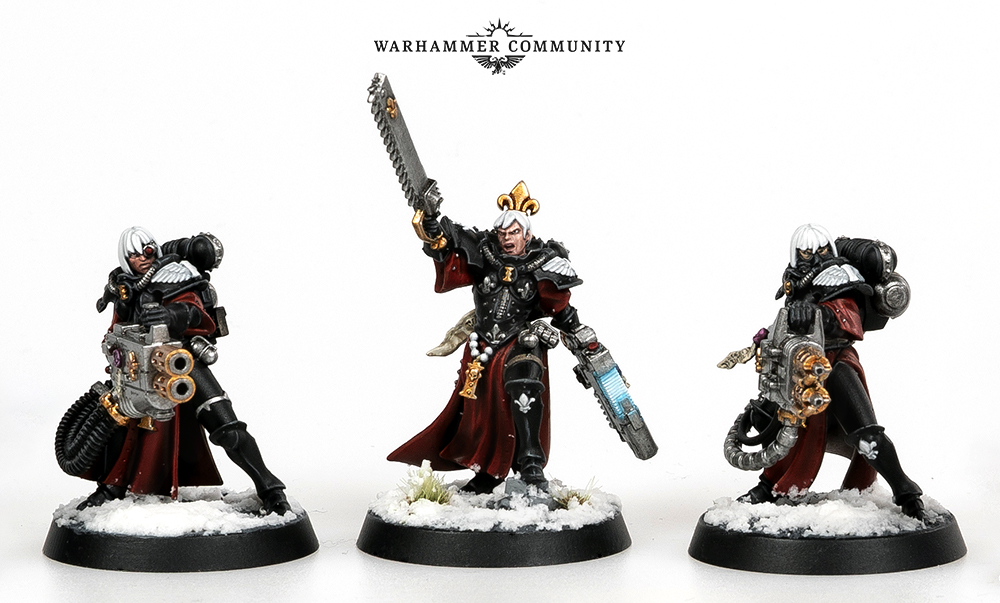 I have always loved the Order of Our Martyred Lady – I even had a small force many years ago. Their background, lore and characters fascinate me, and I find the colours really striking, so I was set on painting my squad in the most famous Sisters of Battle scheme. 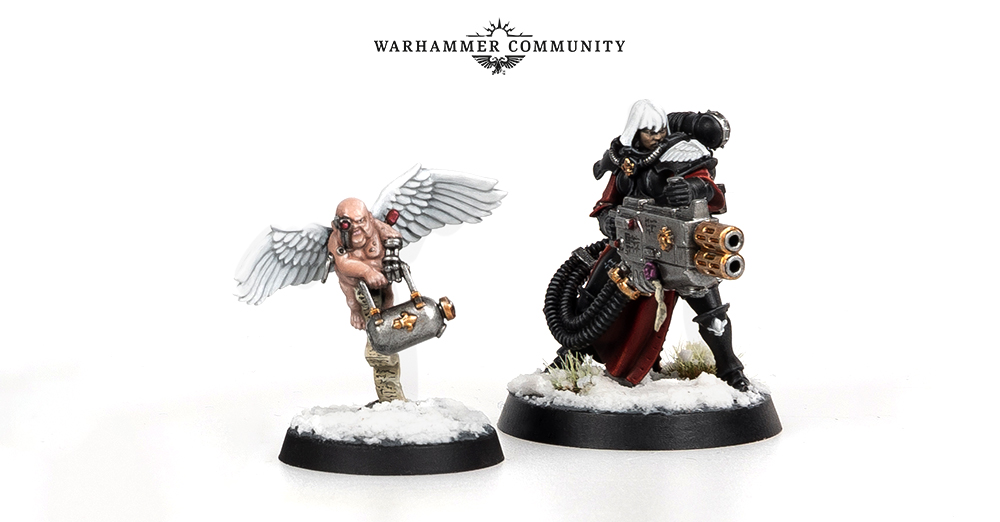 Visually, I kept them quite close to the artwork but I added a few personal touches such as small pieces of text on the weapons, and of course, my dedicated use of Valhallan Blizzard.* They are very much looking forward to melting some heretics now!

I’ve been planning on adding some Adepta Sororitas units to my Mars Sub-sector Theta-9 Containment Force for a while now. Being asked to paint a set of Retributors was the perfect opportunity to try out the colour scheme I’d decided on for my own Orders Minoris – the Order of the Shattered Glass. 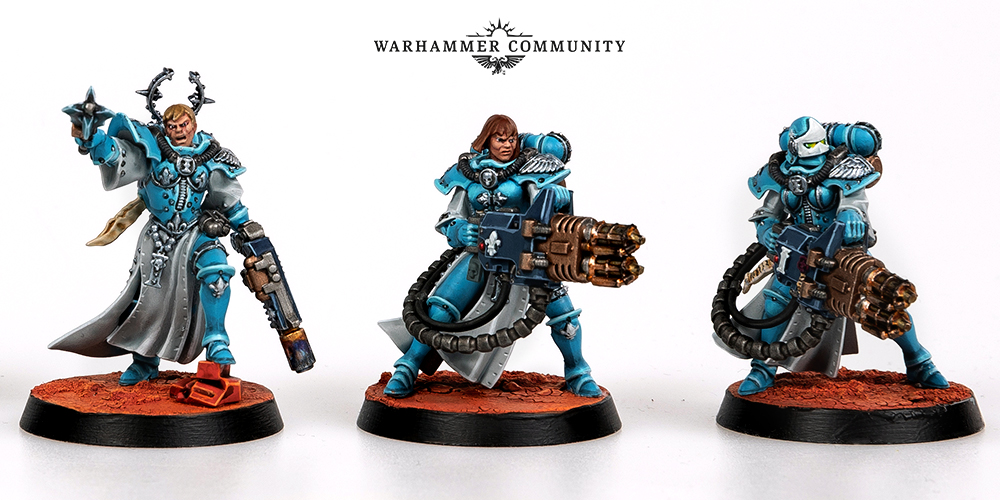 I designed the scheme to contrast with my Imperial Fists force, using mostly cold or neutral colours. I painted the power armour using a base of Lothern Blue, shaded with Thunderhawk Blue and finished with several highlights all the way up to Blue Horror. For the white robes, I used a Grey Seer base and Apothecary White Contrast paint before applying highlights of Ulthuan Grey and White Scar. 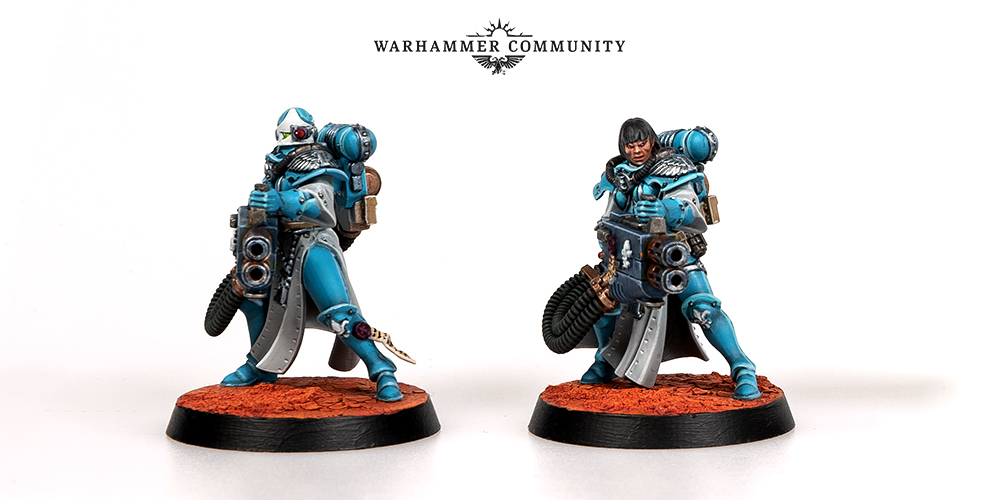 Painting these models has been really fun, especially finishing off all of the amazing details worked into the amour. I’ve already planned out the next units I want to pick up, and I’m going to flesh out the background of my Orders – with their cold colour scheme, maybe their convent is on the frozen ice moon Enceladus, attached to the Inquisition citadel located there.**

Wow, thanks guys, they look incredible! You’ll be able to pre-order your own Sisters of Battle kits from Saturday. In the meantime, get yourself ready for their release by picking up Mark of Faith, Rachel Harrison’s gripping Adepta Sororitas novel.

* Snow even falls on the righteous.
** Allegedly – the Ordo Malleus would neither confirm nor deny the existence of the Enceladus Fortress.

Check out all of next week’s pre-orders and revel in your prescience of what’s on its way.

Clear some space on your shelves for these stunning new arrivals.

Build Up a Truly Massive Collection of Miniatures with the New Warhammer 40,000: Imperium Magazine