Welcome back to Faction Focus! Today, we’re continuing our exploration of the Destruction Grand Alliance with a look at how the Gutbusters will fare in the new edition of Warhammer Age of Sigmar, a chat with loremaster and Gutbuster fan Phil Kelly and highlighting some units that’ll prove particularly potent… 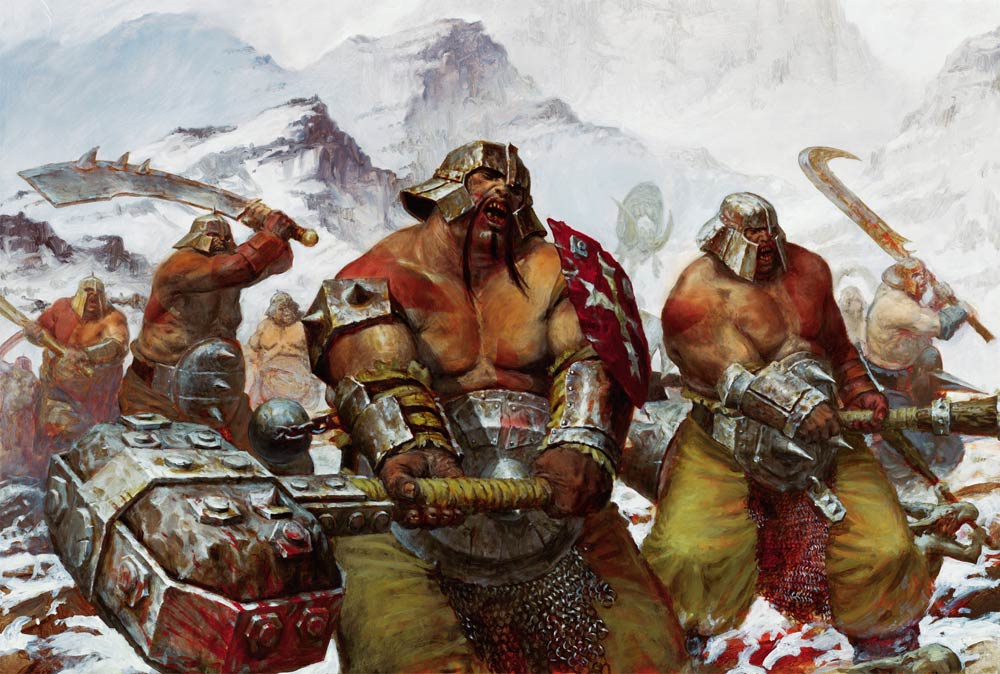 Gigantic, gluttonous creatures, the Gutbuster ogors are obsessed with two things – fighting and eating. Roaming the realms in nomadic tribes, they battle across the realms in great, hungry clans, consuming everything in their path. Gutbuster ogors are horribly strong, capable of battering their foes to a pulp with crude cleavers and mauls but are also surprisingly adept at range, wielding great repurposed cannons scavenged from the ruins of their raids as a human might brandish a handgun. Battling alongside their diminutive grot allies, to the Gutbusters, the Mortal Realms are a larder, full of sweetmeats just waiting to be consumed. 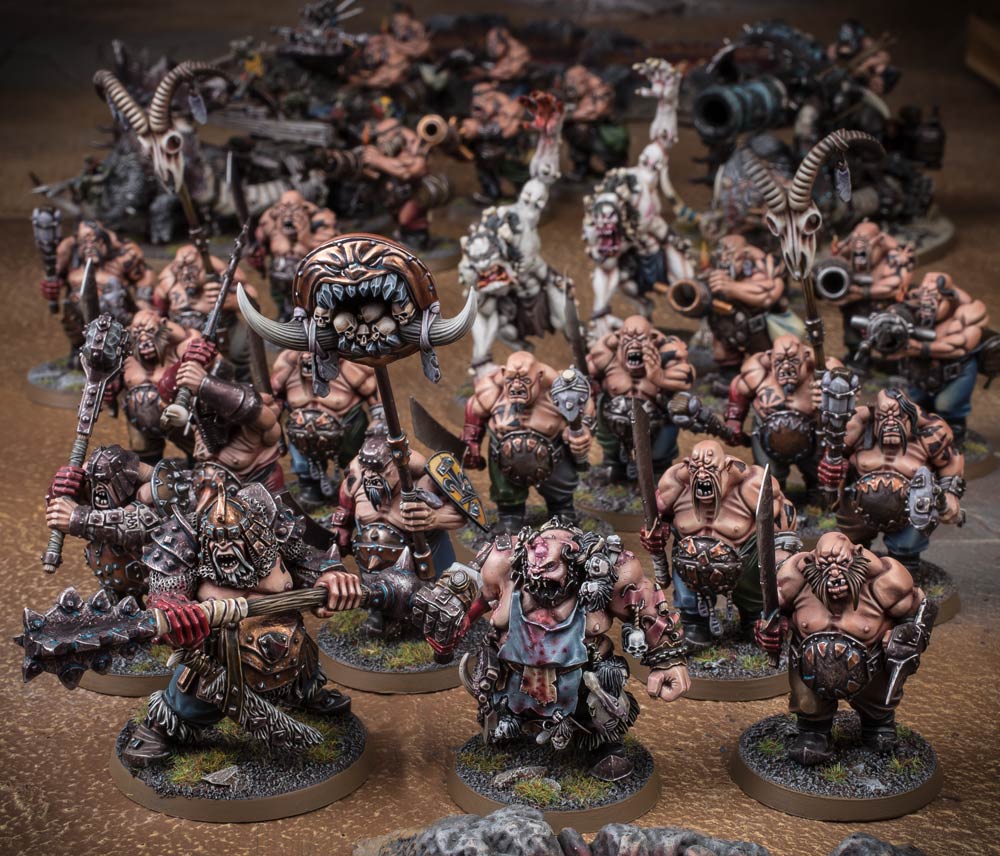 Warhammer Age of Sigmar Loremaster Phil Kelly has collected all sorts of armies over the years, including an impressive collection of Gutbuster ogors! We caught up with Phil to find out his thoughts on the army:

Warhammer Community: What attracted you to the Gutbusters?

Phil: Ogors are obsessed with two things – eating and fighting, and they’re horribly good at both. I love the fact they can take so much punishment and deal it out, too – they all have melee weapons that do Damage 2 or better, enough to one-shot a Stormcast or Chaos Warrior. In a Gutbusters army, even your rank-and-file ogors have a Wounds characteristic of 4, so you can take three wounds on each unit without so much as blinking. These big lads are tough with a capital T.

WarCom: What are your top tips for Gutbusters players?

Phil: I love taking my two ogor Butchers – one with a great cauldron, one without. Although a little random in the effects they dish up, these chunky wizard types have 7 Wounds, can heal themselves, and have spells that can be a recipe for disaster. The Voracious Maw spell can potentially do an infinite number of wounds – I’ve seen it chomp a Maw-Krusha in a single casting. Mmm, protein!

WarCom: What advice would you give to a new Gutbusters player?

Phil: To a new player I would say take two big units and a few small ones (as well as an ambushing Gorger or two) to go after objectives. Take a big unit of Ironguts if you want a real beat-stick – though expensive, these guys’ weapons have Damage 3, which is amazing. I have my ogor Tyrant use his Bully of the First Degree command ability on my two biggest units – though they take D3 mortal wounds, it’s a price well worth paying to ensure they never have to take that dangerous battleshock test.

Gutbusters play much like they always have, with some key benefits compared to the previous edition.

If you’ve not got yourself a Butcher yet, the new edition is the perfect time. With a hefty 7 wounds and a respectable (for a Wizard) save of 5+, Butchers were already pretty tough, and the extra -1 to hit on enemy attacks from Look Out, Sir! is icing on the cake. 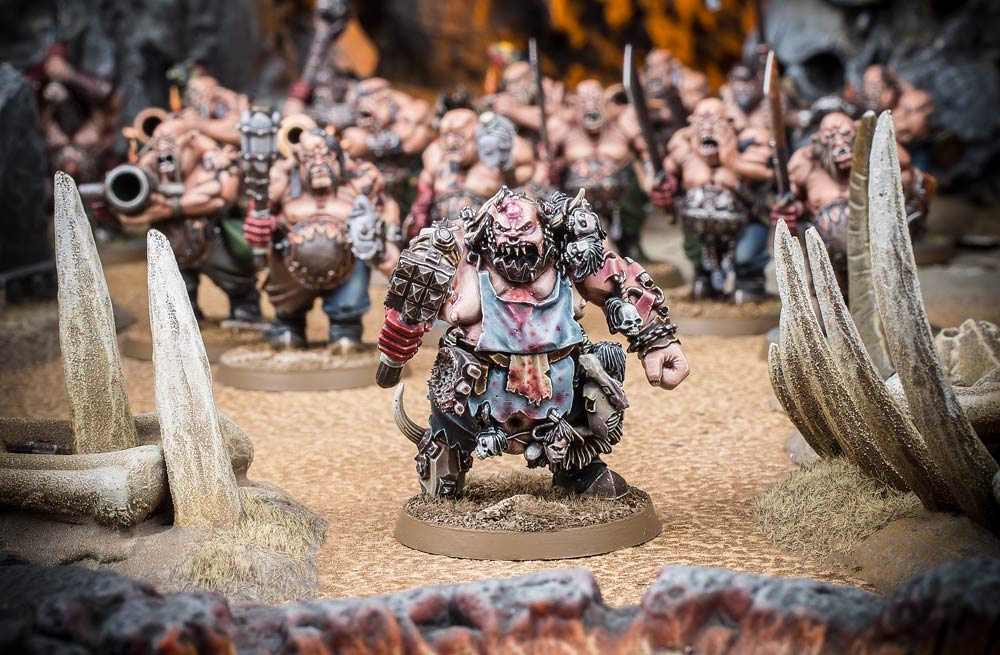 The Butcher’s Bloodgruel ability further increases his toughness at a distance. If you’re not familiar with this ability, every time a Butcher successfully unbinds a spell, they roll a dice and heal a wound on a 2+ – with a 30″ unbind being the standard in the new edition, you’ll find this ability comes into play a lot. To further mess with enemy casters, you could combine this with a particularly devious realm-specific artefact – the Trickster’s Helm…

The Tyrant, too, is a solid pick in the new edition – you’ll want to take a couple in every Gutbusters list. For one, you’ll be able to make better use of the new command abilities like At the Double!, while for another, being able to use the Bully of the First Degree command ability multiple times is going to be really handy.

This command ability inflicts a few mortal wounds on a unit, but makes it immune to battleshock. Previously, you could only affect a maximum of one unit a turn with this due to the restrictions on using command abilities, but now you’ll be able to shield two (or even three!) units right at the start of the game by taking multiple Tyrants and purchasing some extra command points. You could structure your army around a couple of big blocks of Ironguts – these guys have seen a welcome points reduction in the new edition, and, thanks to the changes to piling in, should have an easier time getting stuck in with the foe. 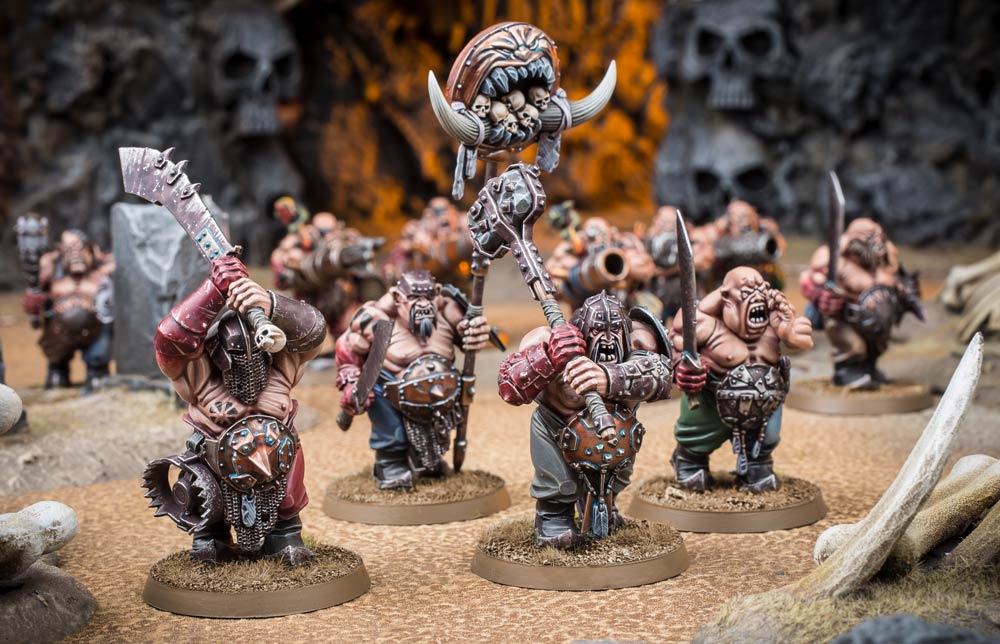 Talking of points drops, both the Grot Scraplauncher and the Ironblaster now cost less, while Maneaters, an ever-popular allies choice for ogors, also cost fewer points. 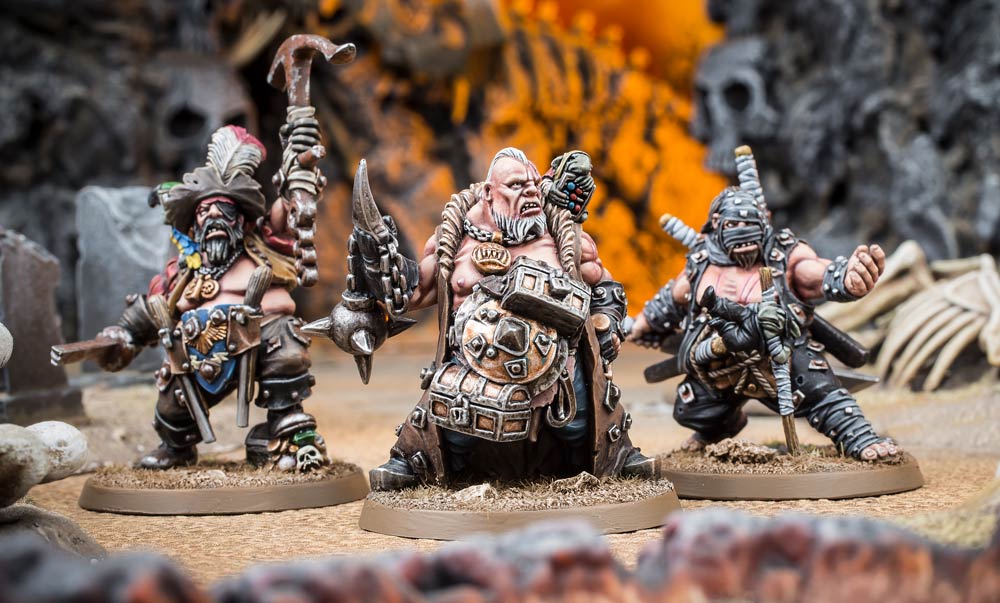 Looking forward to the new edition? You’ve not got long to wait! Pre-orders begin on the 16th of June – find out what you’ll be able to get on launch weekend in our massive preview.

From Frostlords to Fast Attack: 5 Unit Types That Win Big in the New Edition of Warhammer Age of Sigmar

The new edition is great for everyone, but it’s especially great for these five big winners.

The Slaves to Darkness Are Out to Conquer the New Edition, and Here’s How They’ll Do It

Find out how the updated rules for Warhammer Age of Sigmar are affecting the mortal followers of Chaos.

Discover why the Ogor Mawtribes are set to ride roughshod over the competition in Warhammer Age of Sigmar.