Codex: Chaos Daemons Emerges From a Tear in the Warp

Life is tough in the 41st Millennium. Your average human is born into a life of gruelling menial labour, only to find themselves eaten by a Tyranid invasion force, whisked away to Commorragh for a round of Drukhari truth-or-dare, or drafted into the thankless meat grinder of the Astra Militarum.

If all that weren’t bad enough, there’s another ever-present threat lurking just behind the material veil. Gibbering, bloodthirsty legions of daemons claw at the walls of existence, taking advantage of any tear in realspace to manifest plagues and curses, tempt mortal souls, and slaughter untold millions. All it takes to invite devastation is one ill-considered ritual drawn from a blasphemous grimoire… speaking of which, Codex: Chaos Daemons is on the way. 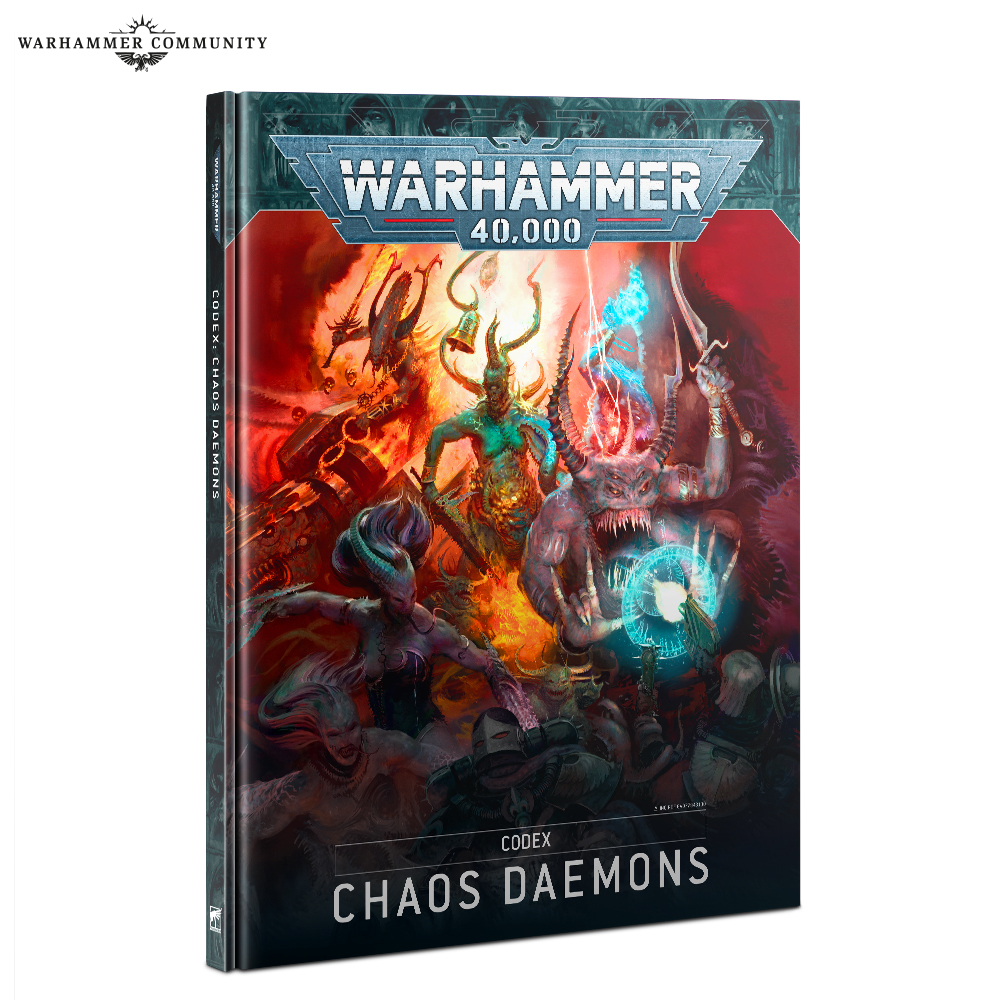 The warp-wrought children of the Chaos Gods are bursting out of the immaterium with a 152-page tome packed with eldritch esoterica, forbidden daemonology, and in-depth rules for games of Warhammer 40,000.

As you’d expect from a Chaos Daemons codex, there are rules for conquering in the name of blood, change, plague, or excess – or mixing things up by running a kaleidoscopic force drawn from the whole accursed pantheon. 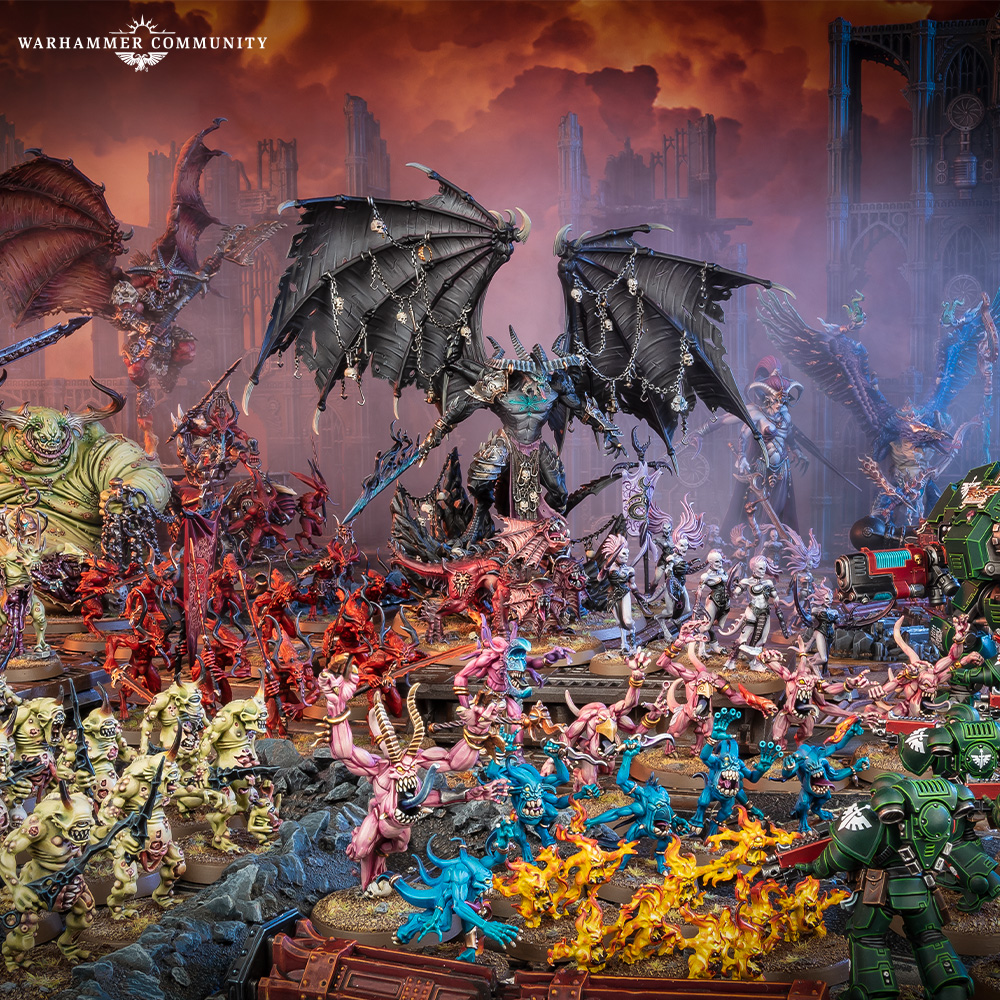 There are more ways than ever to bend the mortal plane to your will, thanks to 56 datasheets split between the four Chaos Gods – and Be’lakor, with his very own Army of Renown – alongside 25 Warlord Traits, 24 Relics, 36 Stratagems, and a profane slate of psychic powers for all.*

Though mortals may cower and worlds may burn, the Dark Gods that command these incomprehensible hordes regard the war for existence as little more than an endless game – which you can play yourself, thanks to a comprehensive Crusade section. 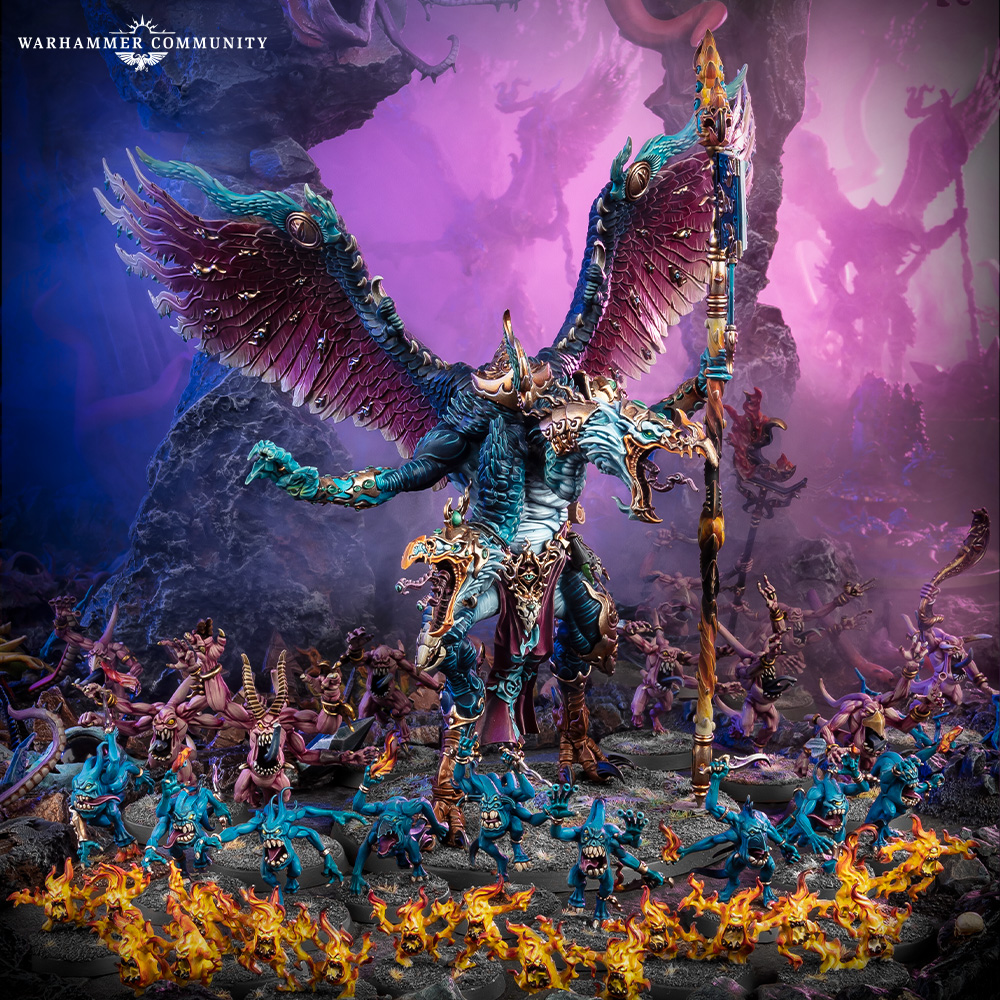 We’ve got plenty of news about this daemonic force coming up shortly on Warhammer Community, which you can have delivered straight to your inbox via Geller-shielded emails by signing up for our newsletter.**

* Except Khorne, of course.

** We make no guarantee that a few Nurglings won’t make it through.

Metalica Is Doomed! Or Is It? Meet the Key Players in the New War Zone Charadon Book

Catch up with the epic campaign to decide the fate of the Charadon system.

A selection of the Warhammer highlights from the past 12 months.