The Upcoming Genestealer Cults Codex Lets You Pin, Flank, and Destroy With the Crossfire Rule 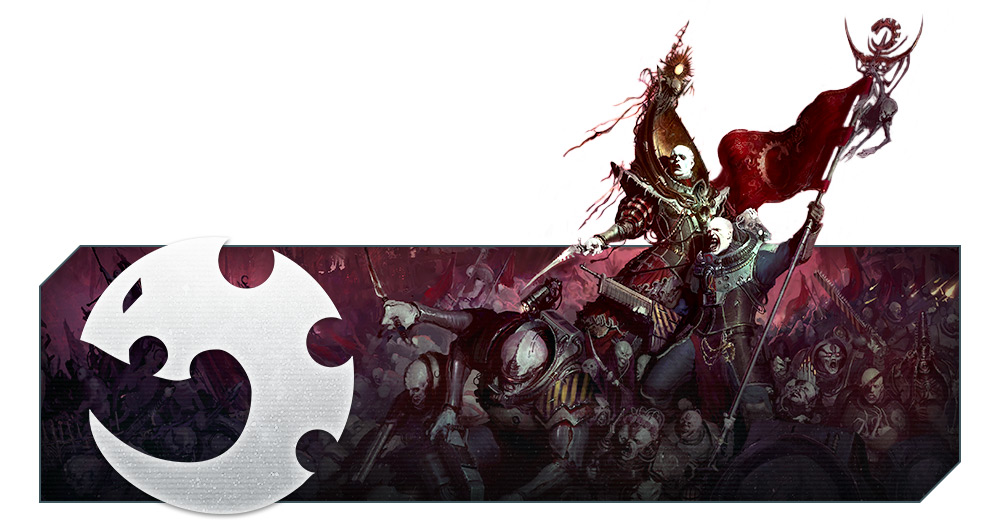 When you think of the servants of the Hive Mind, there are a few things that stand out – big claws, sharp teeth, and breathtaking appetites. It’s easy to forget that one of their greatest strengths is their ability to coordinate at the speed of thought, and it’s this that the Genestealer Cults use to devastating effect in their impending codex, coming early 2022. 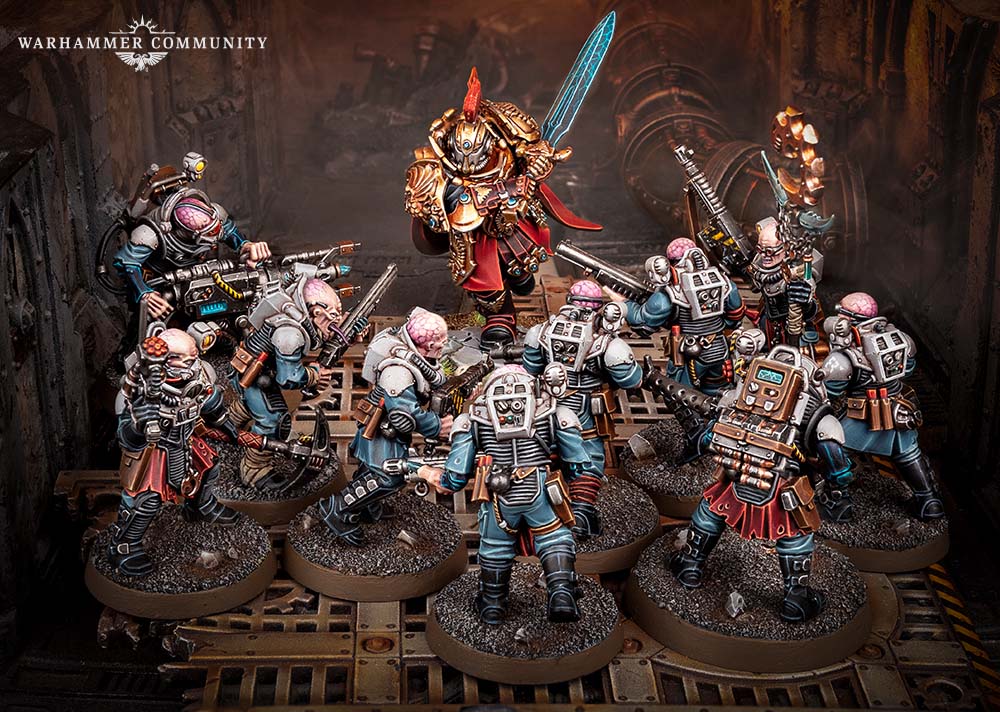 Unprepared foes find themselves trapped in a cage of gunfire from all sides, as cultists spring up from prepared positions to blanket them in bullets. Whenever a unit with the Crossfire keyword shoots and scores at least five hits (or a hit with a Damage characteristic other than 1) their target gains a crossfire marker. 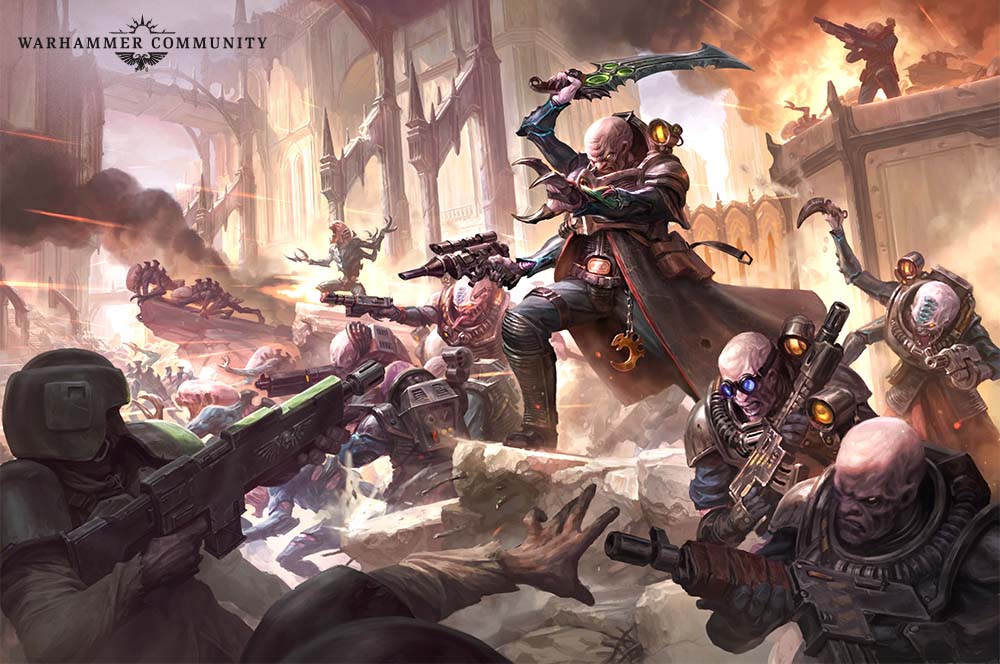 Once an enemy unit has a crossfire marker, it becomes especially vulnerable to attack. First, any further Crossfire units shooting at them add 1 to their hit rolls. Then, if the target is Exposed, they’re in for a world of hurt.

How does a target become Exposed? If you draw a line from the attacking unit’s base to another friendly Crossfire model within sight, and that line passes over the targeted unit, that targeted unit is Exposed. 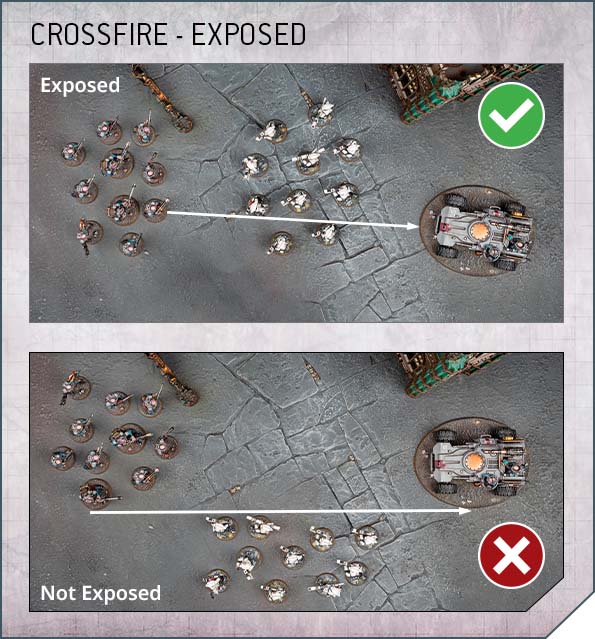 Attackers add 1 to their wound rolls against the Exposed unit, and if the attackers are within 12” of their target, they ignore enemy cover too. Enemies taking cover in Obscuring terrain have some protection, but unsuspecting foes will fall victim to the Cult’s diabolic pincer attacks.

If that sounds powerful already, you’d be right, and that’s far from all the Genestealer Cults can do with their Crossfire units. Coming under such heavy fire often renders enemies completely unable to defend against an incoming charge and gives their attackers plenty of time to hack away before risking retaliation. 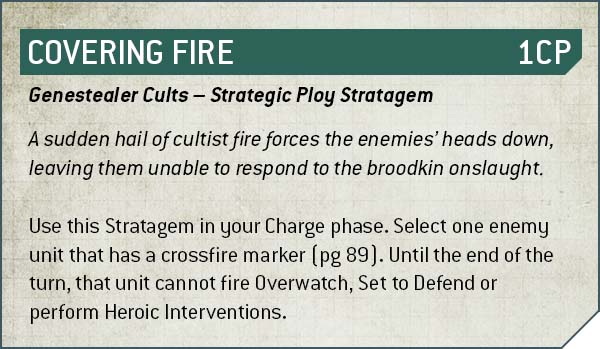 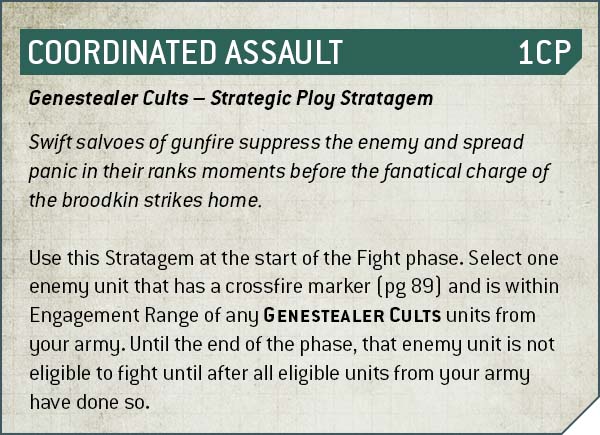 You can even upgrade one of your units to be able to use the Crossfire rule as soon as they arrive from Reinforcements, meaning that your enemies are never safe from the Genestealer Cults. 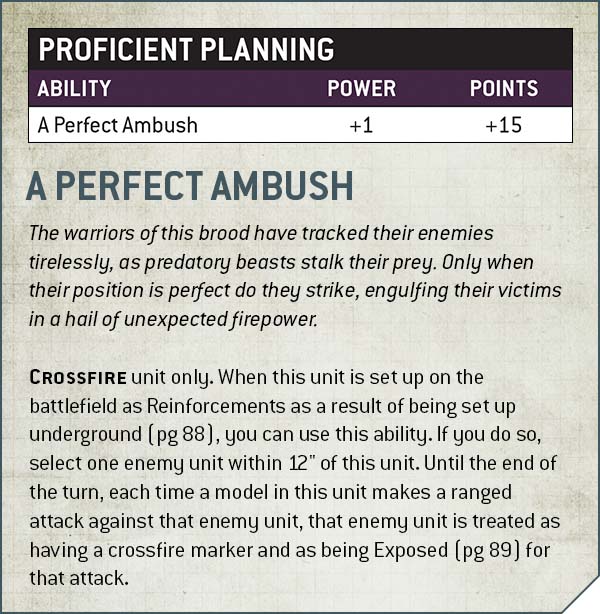 Crossfire is just one of the devilish plans the Genestealer Cults have in store for the Star Children’s foes, and more will be revealed soon as we creep ever closer to the release of Shadow Throne. Be sure to sign up for the Warhammer Community newsletter to get the latest updates right in your inbox, and see why the presence of a cult on Terra itself might just be the worst thing to happen to Humanity in centuries.

Who Are These Bald People, and Why Are They All Yelling? Genestealer Cults Art Through the Ages

There’s a theme that runs throughout three decades of Genestealer Cult art.

Obliterate Enemies of the Cult with These Souped-up Industrial Weapons

See how mining equipment has become even deadlier in the new Codex: Genestealer Cults.

Creeping tendrils of xenos corruption worm their way into Mankind’s heartlands, while the Emperor’s finest defenders bring the light of …