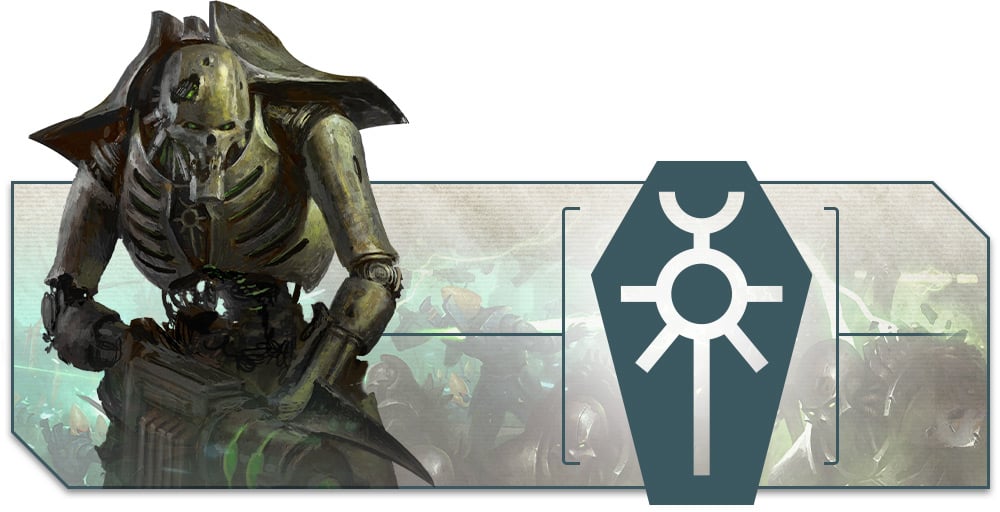 The Necrons have awoken and are getting ready to reclaim the galaxy. That’s not going to be easy – they’re going to need some new units and rules. So, today we’re taking you through some of the options in the new Necron codex that will take you from mere Necron Overlord to galactic ruler.

The new codex features Dynastic Codes for six Necron empires, including the Szarekhan Dynasty for the first time, along with options to create your own.* We’ll be taking a closer look at those rules tomorrow.

Today, we’re focussing on the range of rules and army-wide abilities that benefit your force regardless of which dynasty they belong to. For example, Reanimation Protocols have always been a huge part in the way that Necron armies play and they have undergone a slight change in the new codex. Your Necrons can still come back from wounds that would take any other warrior out of action, but now you roll when models are destroyed rather than at the beginning of your turn. 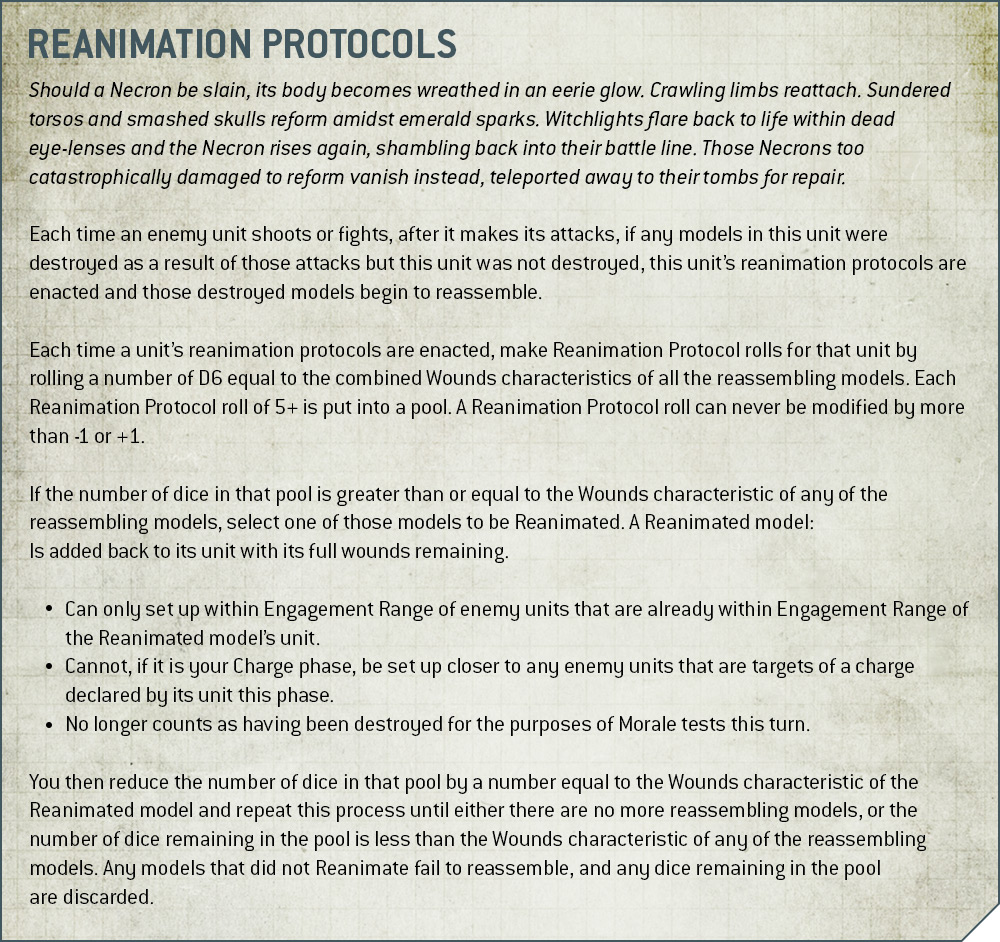 This change means that if your opponent wants to prevent you from making any Reanimation Protocols rolls, they’ll have to wipe out your unit in a single attack, which for most Necrons units is easier said than done!

Something brand-new for Necron Overlords to unleash upon the galaxy are command protocols. Before a game starts, you secretly assign one of the six protocols to each of the first five battle rounds. Then, when you reach the relevant battle round, you choose from one of the two directives associated with the protocol to be active for that round and any unit within 6 inches of a Necron Character can benefit from it.** 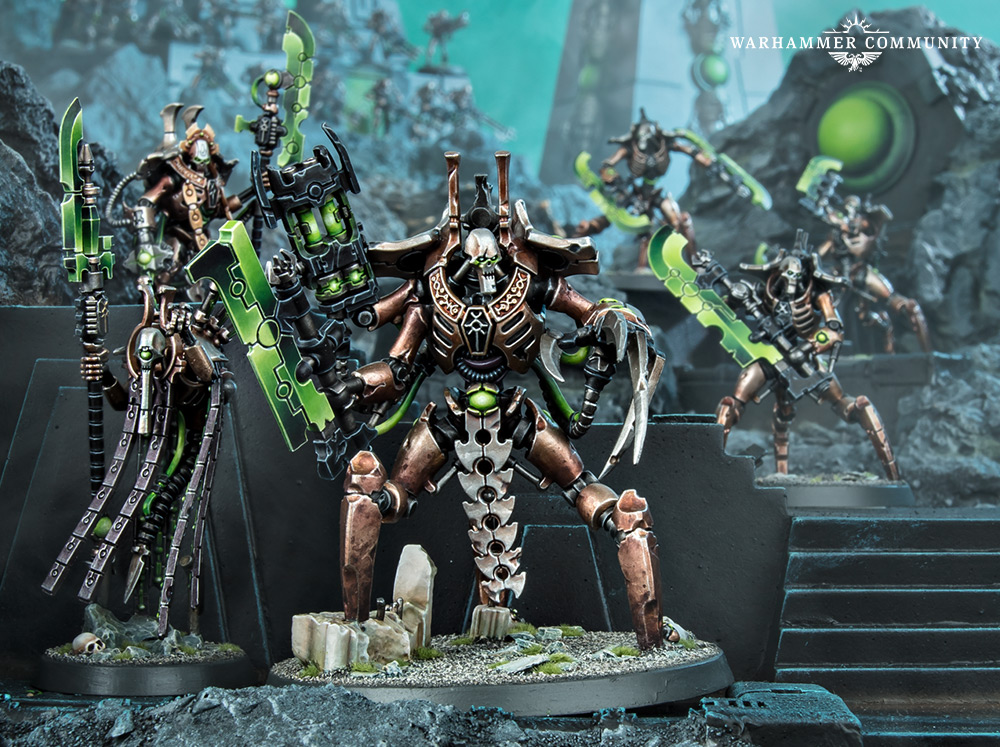 For example, you could select Protocol of the Sudden Storm to be active in Battle Round 4, which you could then use to make a last-minute dash to claim an objective or perform an action AND still use your ranged weapons. 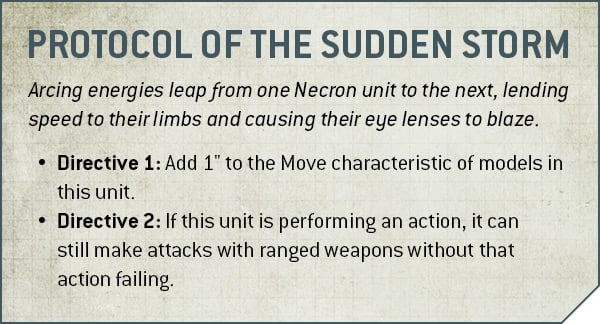 The command protocols offer some exciting tactical options to your Necrons army, and they’re flexible enough to ensure that there will always be a directive that you can take advantage of.

It’s not just been the Overlords coming up with new schemes to reclaim their rightful domain – the Crypteks have also clearly been busy, as there are tomb-loads of new units for your Necrons army. 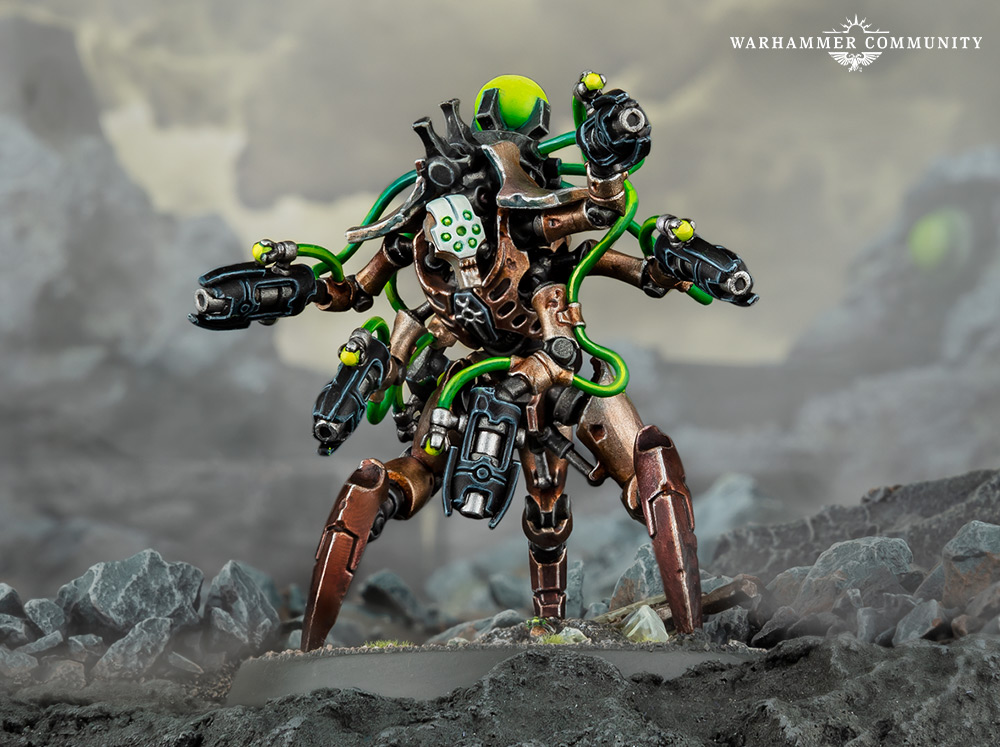 They say that quantity has a quality of its own and that’s especially true when you come armed with six(!) guns. Hexmark Destroyers were once Deathmarks, but now go into battle carrying multiple enmitic disintegrator pistols.

As if six shots isn’t enough, they get to fire more when they take out an enemy model. 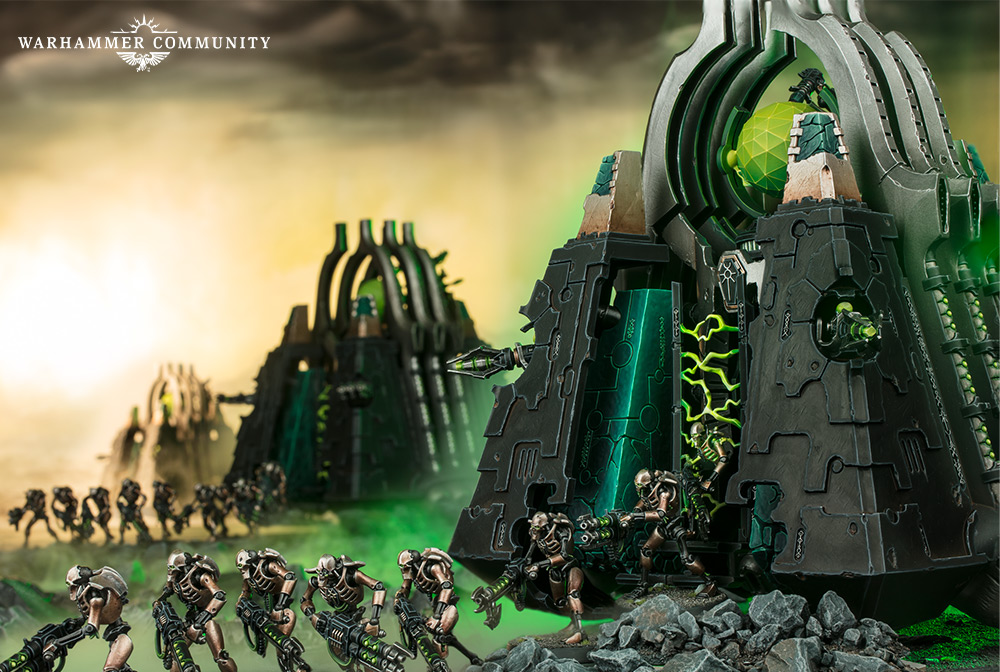 While not technically a new unit, the Monolith is getting a new model and has had enough of an improvement that Overlords will almost see it as new. Not only does it have an additional four wounds, but its weapons have also undergone an upgrade, and there is even a new option – the death ray – which you can take in place of the gauss flux arc. 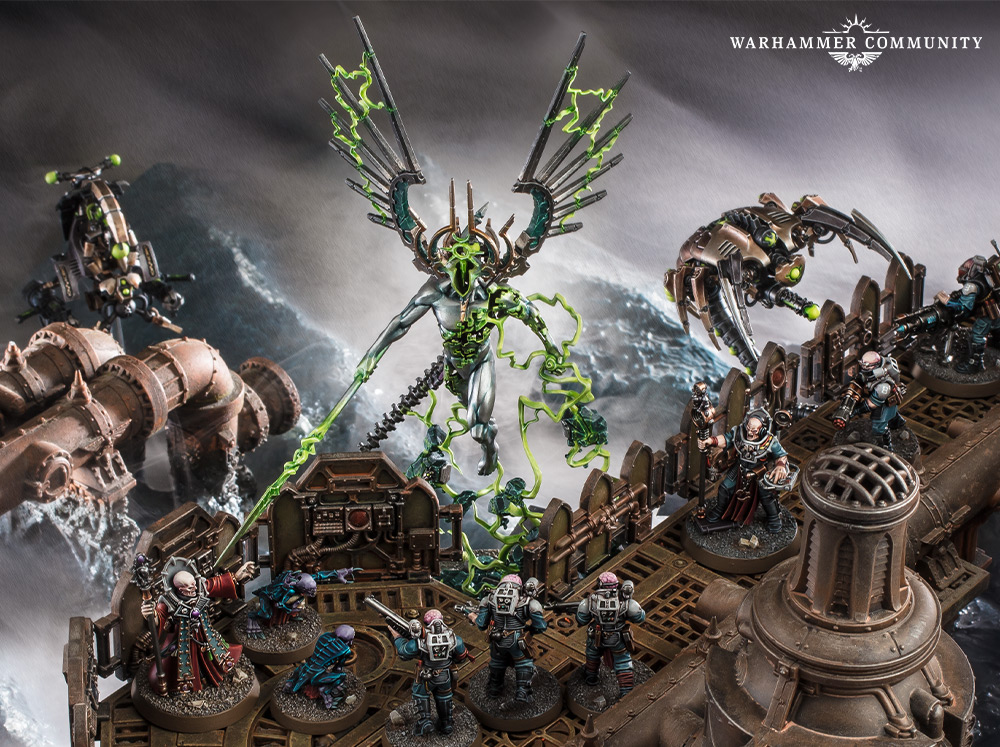 When you combine that profile with the power granted by the Spear of the Void Dragon, this C’tan Shard will be easily cutting its way through enemy units in the name of its Necron enslavers.

The C’tan Shard of the Void Dragon also has two abilities that make it extremely difficult to kill. Its Necrodermis lets it shrug off god-killing levels of punishment.

Meanwhile, its Matter Absorption rule means that this fearsome entity can devour the very essence of destroyed enemy vehicles to keep itself fighting.

With devastating attacking power and incredible defensive abilities, the C’tan Shard of the Void Dragon is a perfect fit for almost every Necron army.

That’s just a taste of what’s on offer in the incredible new Codex: Necrons, which is available to pre-order from Saturday. Make sure that you join us over on the Warhammer 40,000 Facebook page to let us know what you’re most excited about.***

* Please note that the book does not contain instructions for biotransference.
** This represents the superior Necrons having a certain level of control over their legions.
*** Of course, Necrons don’t really do excitement – it’s more of a cold detachment.

The Legends Live On

Download the new Warhammer Legends rules for Forge World units and the latest FAQs for Warhammer 40,000.