Welcome to the Underhive

It’s been a long time since we were last able to delve into the underhive and indulge in a spot of gang warfare, but fourteen years after the release of the last edition, Necromunda is back!

A brand new boxed game is available to order right now, and it’s packed with everything you need to get started with battles in the depths of Hive Primus. The new Necromunda: Underhive boxed set includes 20 detailed Citadel Miniatures, making up two complete gangs – the swift and vicious warrior women of House Escher, and the burly brutes of House Goliath – alongside a modular board representing the labyrinthine tunnels of the lower hive cities. And of course, there’s a comprehensive 104-page rulebook to teach you how to play, which also contains a wealth of background, different scenarios and much more, plus all the cards, dice, tokens and terrain you need to get started. 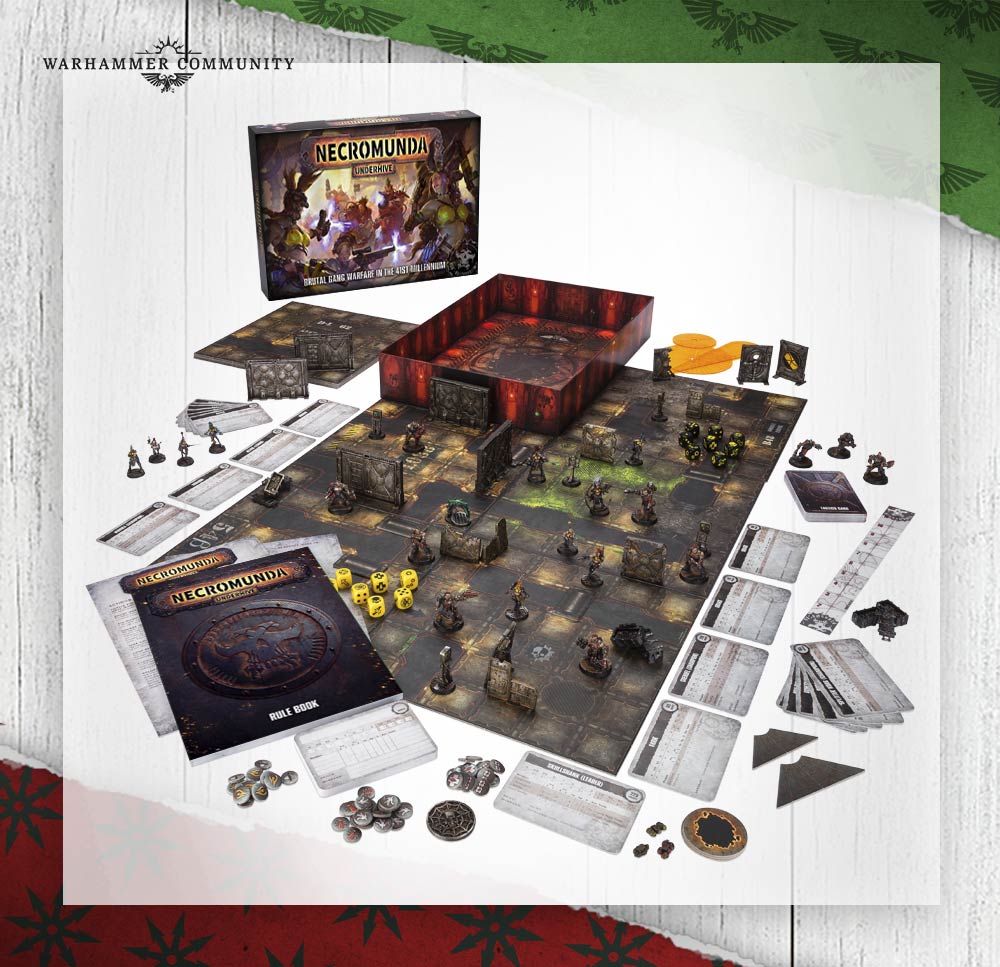 But what if you want more? What if you want to return to the game’s roots and play full-scale gang clashes in the hive’s manufactory domes, with three-dimensional scenery? Well, that’s where Gang War comes in. This 64-page expansion includes rules for using Sector Mechanicus terrain to fight your battles, along with a complete campaign system based on the one fans of previous editions of Necromunda will remember. It also includes replacement rules for building your Goliath and Escher gangs specifically for a Gang War campaign. 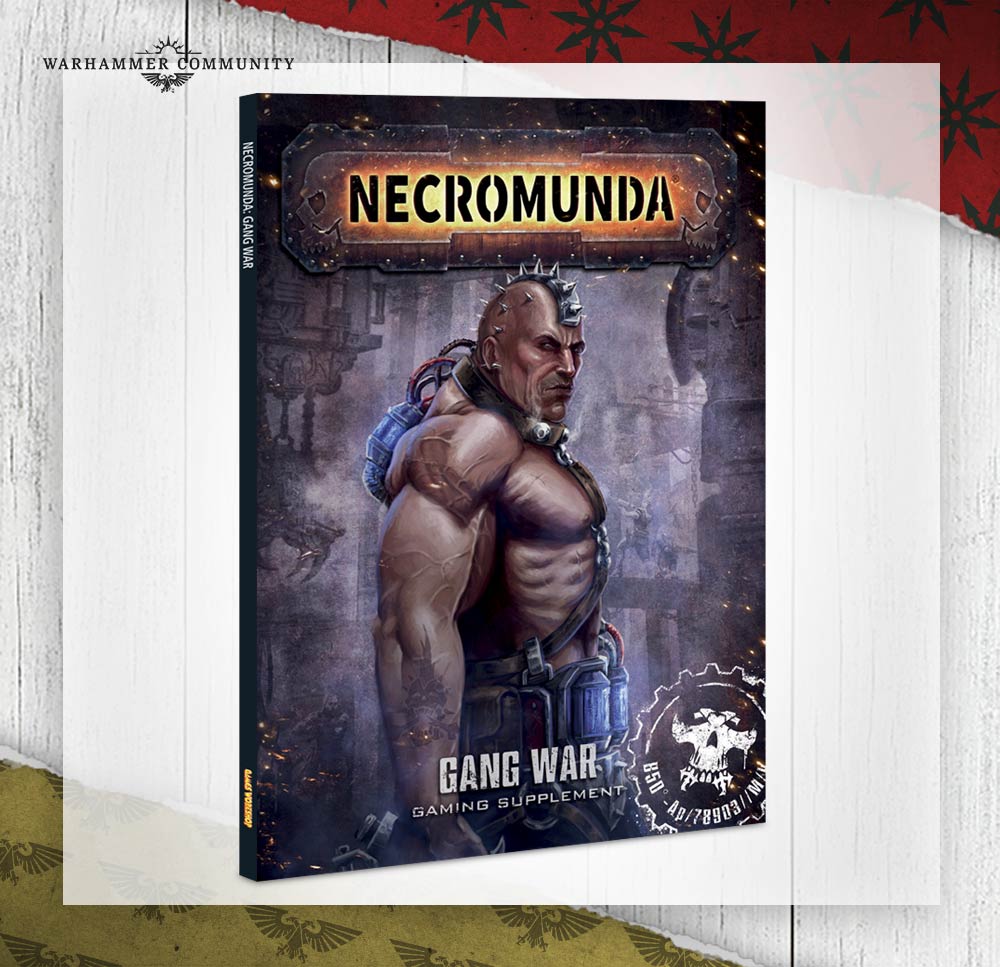 Of course, as your gang expands in a campaign, you’re going to need to add new recruits (and replace the dead), so it’s just as well that both gangs are also being released separately. The Escher Gang and Goliath Gang each contain ten multipart Citadel miniatures with a wealth of weapons options, allowing you to arm your gangers as you desire. You can also pick up packs of Escher Gang Cards and Goliath Gang Cards to note your custom characters on, perfect for quick reference during games – and each of these includes Tactics cards to use in your games as well. And if you really want to represent your chosen gang to the hilt, there are Escher Dice and Goliath Dice out too, each containing eight dice in different colours and featuring the appropriate gang symbol on the 6s. 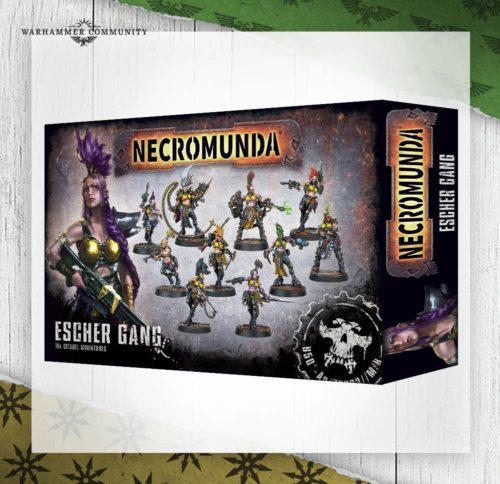 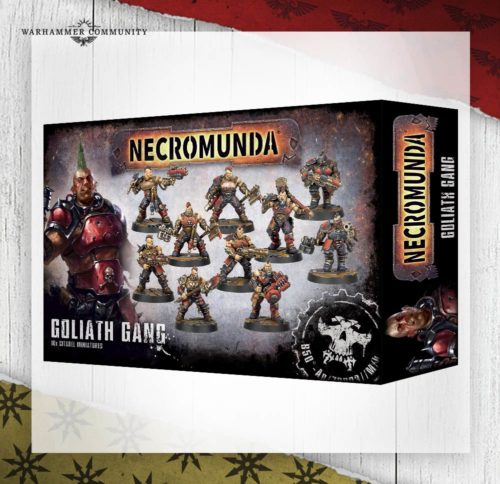 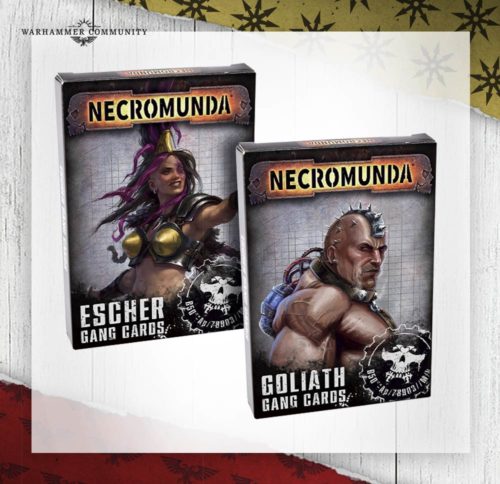 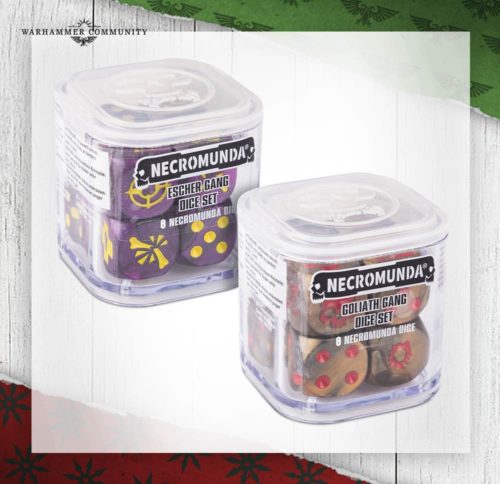 So that’s the rules, models and accessories sorted – what about scenery? There is brand new Sector Mechanicus terrain available to expand your battlefield, or start a new one. The Promethium Refinery uses elements from existing Sector Mechanicus kits to make a brand new design perfect as a centrepiece for your Necromunda battles, while the Thermic Plasma Conduits and Thermic Plasma Regulators allow you to build a plasma pipeway to hide behind, along with larger elements to connect it together. (Careful though – plasma is nasty when it splashes on your gangers.) All three of these kits also have rules to use them in your games of Warhammer 40,000, expanding the range of scenery you can use in your battles there. And if you want extra Bulkhead Hatches and Barricades & Objectives for your Necromunda games (or just want to use them as scatter terrain), you can buy these separately as well, along with Necromunda bases – designed to match the existing Sector Mechanicus bases – in 25mm and 32mm sizes. 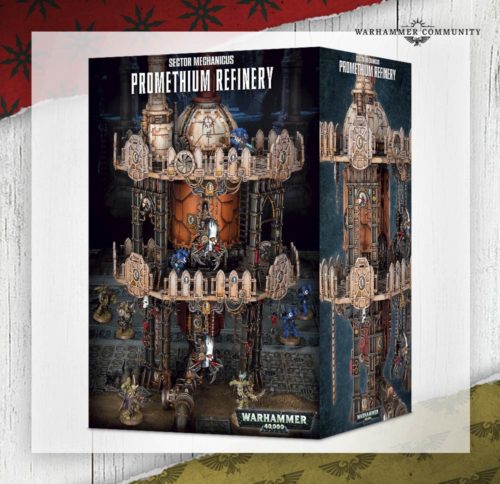 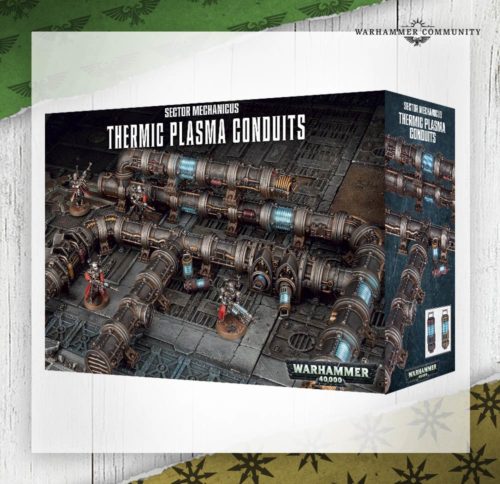 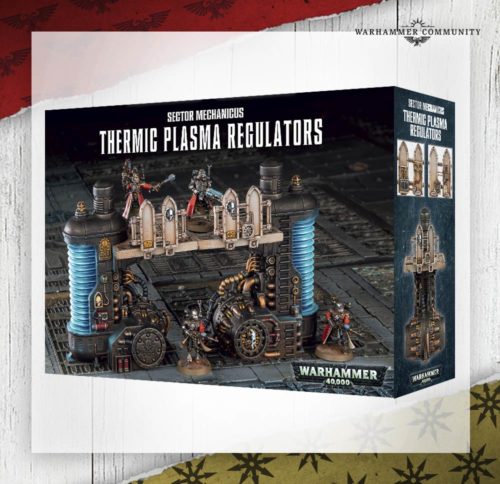 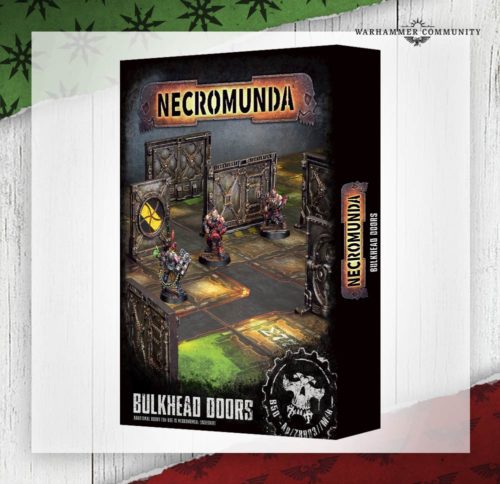 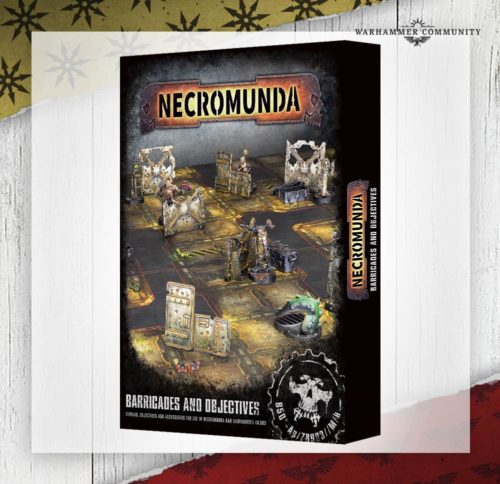 Last, but by no means least, the underworld of the Mortal Realms is also seeing some new action with Warhammer Quest Chaos Adversary Cards. Designed to be used with both Silver Tower and Shadows Over Hammerhal, these 41 cards allow you to use a wide variety of Chaos Citadel miniatures as enemies for your brave adventurers, from Beastmen to Blood Warriors and from Giant Rats to Grey Seers. There are new Heroic Adversaries who will challenge your party to their limits, while the adversaries from the games’ adventure books are also included, so you don’t need to flick through the books quite as much while playing. 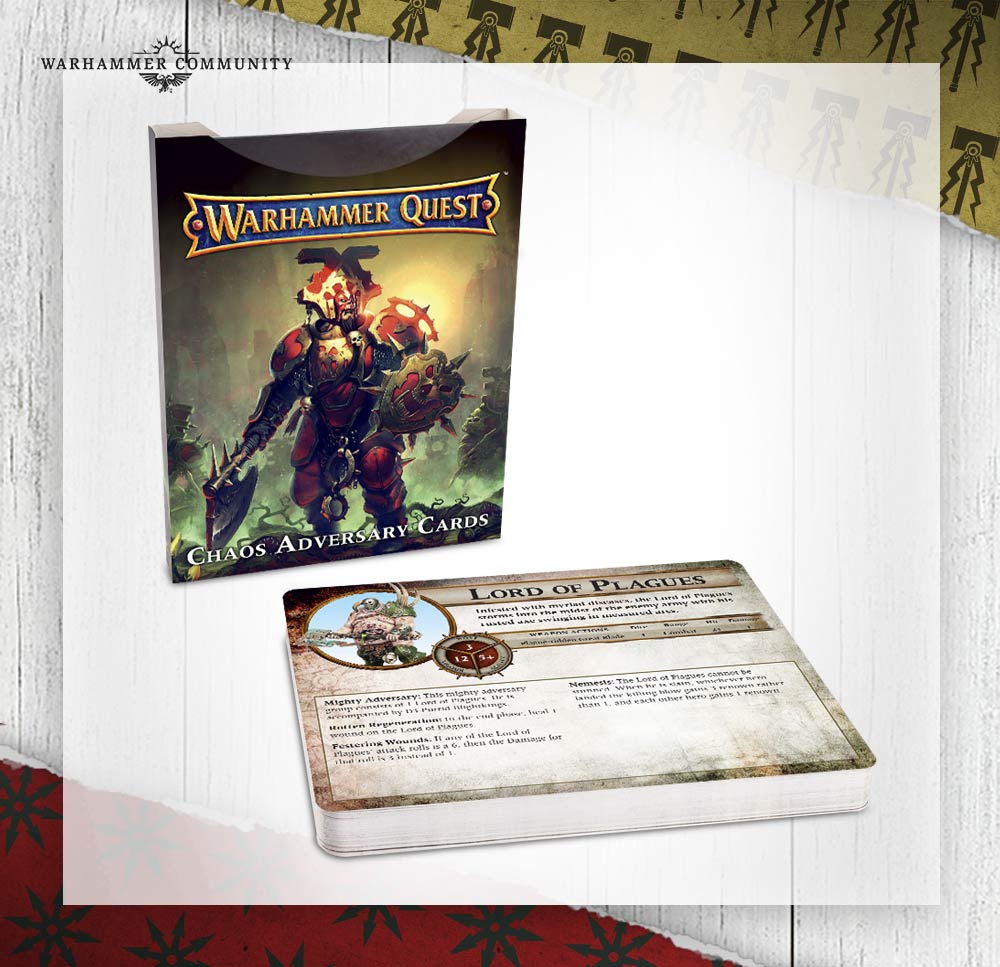 Pre-order your Necromunda game and goodies, scenery and Warhammer Quest cards now from the Games Workshop webstore, and join us tomorrow for a sneak peek at what you can look forward to next week.

This week sees a host of heroes for Warhammer Age of Sigmar available on their own for the first time, …

Pre-orders are inbound for Necromunda and Blood Bowl next week – check them out now.

There’s a veritable flood of new items coming up for pre-order this weekend –for Warhammer Age of Sigmar, Blood Bowl, …