Oi, dis iz an emergency! Da Big Boss’ fav’rit grot got stepped on by one o’ you gits, an’ I need a proper Dok ‘ere NOW. I ‘eard dem Beast Snaggas ‘ave sum pretty choppy Doks in dere mobs, so get dem ‘umies from dat ‘regular feature’ fing to go find out wot’s wot over dere. I SAID NOW.

As you might expect, a group of Orks that hang around almost exclusively with big, angry squigs suffer more than their fair share of injuries before they even get to the fightin’. With such constant demand for Doks’ services, it comes as no surprise that many of the Beast Snaggas get rather good at the art of battlefield surgery. 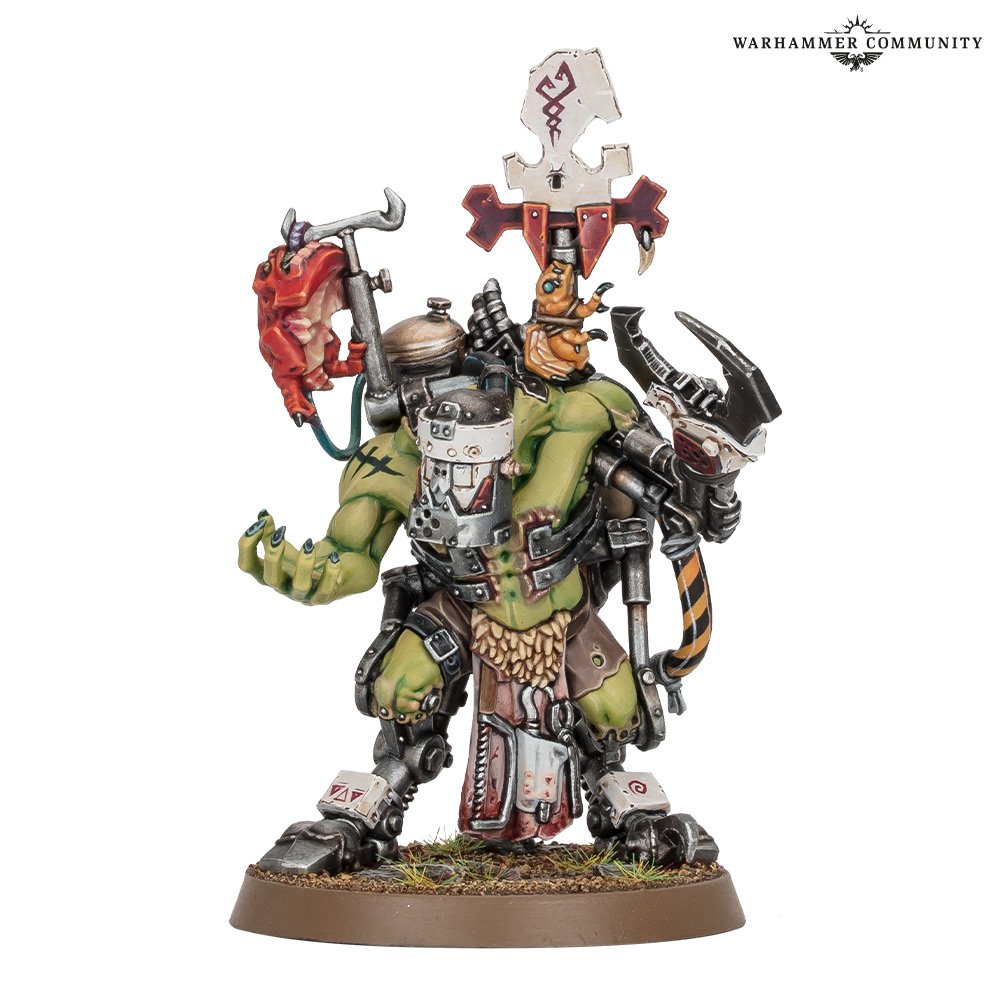 Known as the Painbosses, these enterprising surgeons transcend the simple genetic knowledge of the Painboyz and develop greater medical skills than many assume Orks are capable of. They’re particularly favoured by the Beast Snaggas for their knowledge of squig physiology, giving them the ability to graft crude bionics and armour plates to their steeds when the need arises. 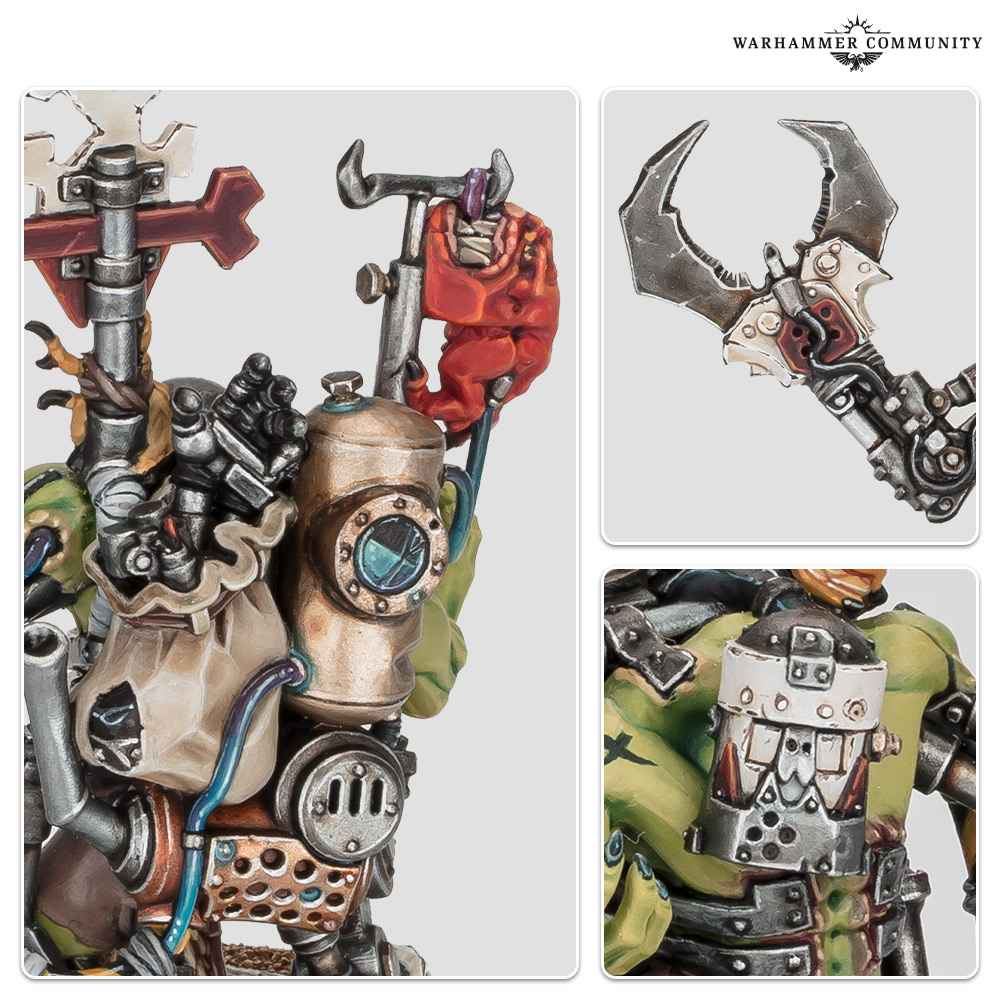 In fact, Painbosses are so used to running around after the impetuous Squighog Boyz that many give their slow, organic legs a bit of fixin’. One of the most popular upgrades is to attach devices known as soopa-legz below the knee, using the power of Orky ingenuity to propel themselves at much higher speeds than normal. This isn’t to say these Doks exclusively work for the Beast Snaggas, though – they’re quite happy to patch up anything for a bag full of teef.

While it’s common for Doks of all kinds to keep a few Gretchin around to carry supplies, hold wounds open, and be clenched in the jaw during particularly painful amputations, the grot orderlies that accompany a Painboss need a few modifications of their own to keep up. Why have tiny, runty legs when you can have a motorbike wheel instead? 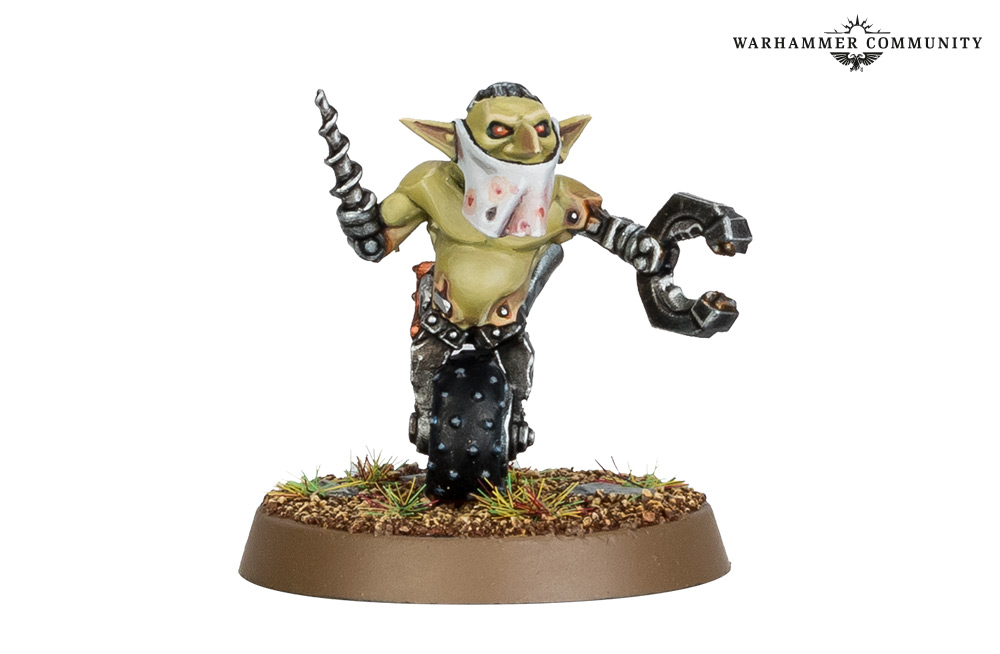 These Doks aren’t just for fixing up injured Beast Snagga Boyz, either. Like any Ork worth their salt, the Painbosses are just as capable of giving ‘oomies, beakies, and any of the others a good kicking. Their klaw, affectionately dubbed a power snappa, looks a little smaller and lighter than a normal power klaw. That’s probably a good thing  – when you’re getting a new arm attached, the last thing you want is the Painboss being less accurate.

Don’t forget to tune into Warhammer Fest Online this week for more reveals from the 41st Millennium, as well as the rest of your favourite Warhammer games. ‘Ere We Go will be back in two weeks with another report, and it looks like we’ll be checking in on a certain characterful Ork with some funny ideas about Gretchin…

Who Are Those ‘Beast Snagga’ Gits, Anyway?

Someone find out why those boyz are ridin’ squigs around an’ chukkin’ rokkit spears.

What Do You Mean, Not All Beast Snaggas Ride Squigs?

We wuz pretty sure they wuz all squig boyz, but some of ‘em are deff’nitely usin’ der legs, Boss.

One day of Warhammer 40,000 announcements just wasn’t enough, so we’re back with a whole heap of Waaagh!