The Future of Warhammer Underworlds

With Direchasm about to kick off a new season of Warhammer Underworlds, there is plenty to be excited about. Today, we’re sharing a look at what the next few months hold for the ultimate competitive miniatures game.

We’re delighted to be able to share the roadmap for Warhammer Underworlds releases for the first six months of 2021. Here it is in all its glory. 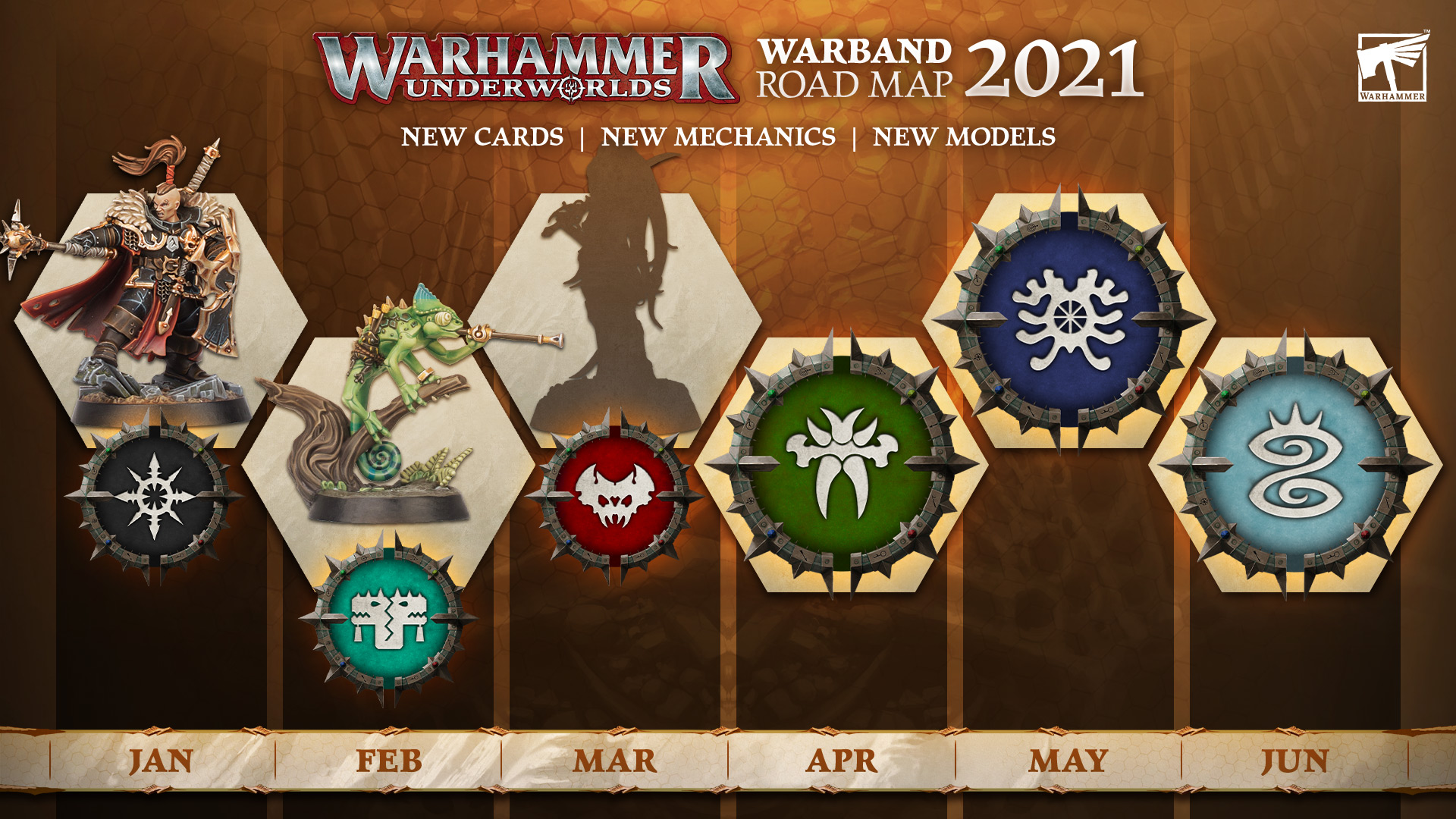 We can’t wait to tell you about these incredible new warbands, and we’re going to be doing it in a regular series of articles. On the last Friday of every month, we’ll have the revamped Katophrane Chronicle. In each instalment, the minds behind Warhammer Underworlds will talk through some of the design choices for the game – it’s a fantastic look behind the scenes for any fan.

Then, on the first Friday of the month, we’ll have the new Visions of Glory column, which will give you a look ahead at forthcoming releases, including models, cards, and new mechanics. 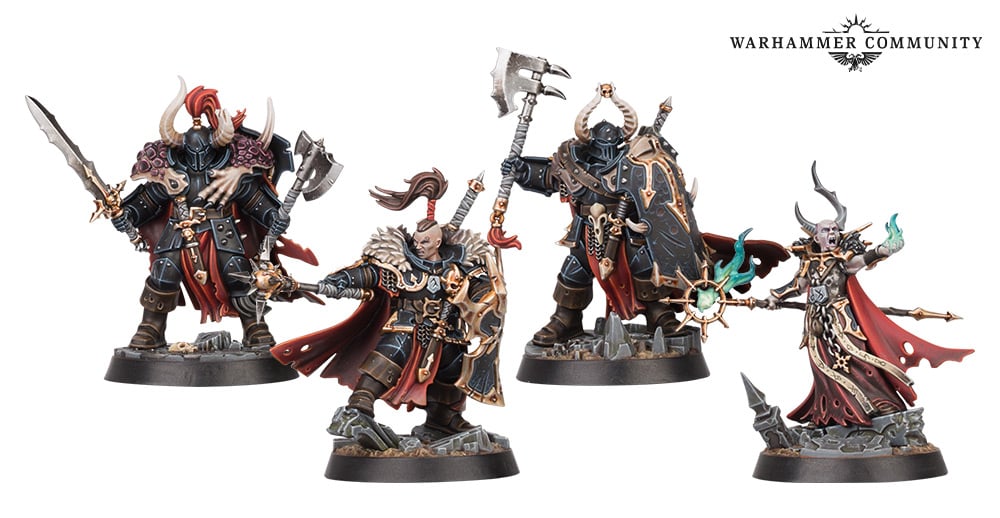 We saw Khagra’s Ravagers revealed on Saturday as part of the Decadence & Decay online preview. Two sisters lead the warband, and while Khagra the Usurper was honing her skills on the battlefield, Zarshia Bittersoul was poring over arcane scrolls and forbidden tomes. That doesn’t mean that she can’t take over control of the Ravagers should anything happen to Khagra… 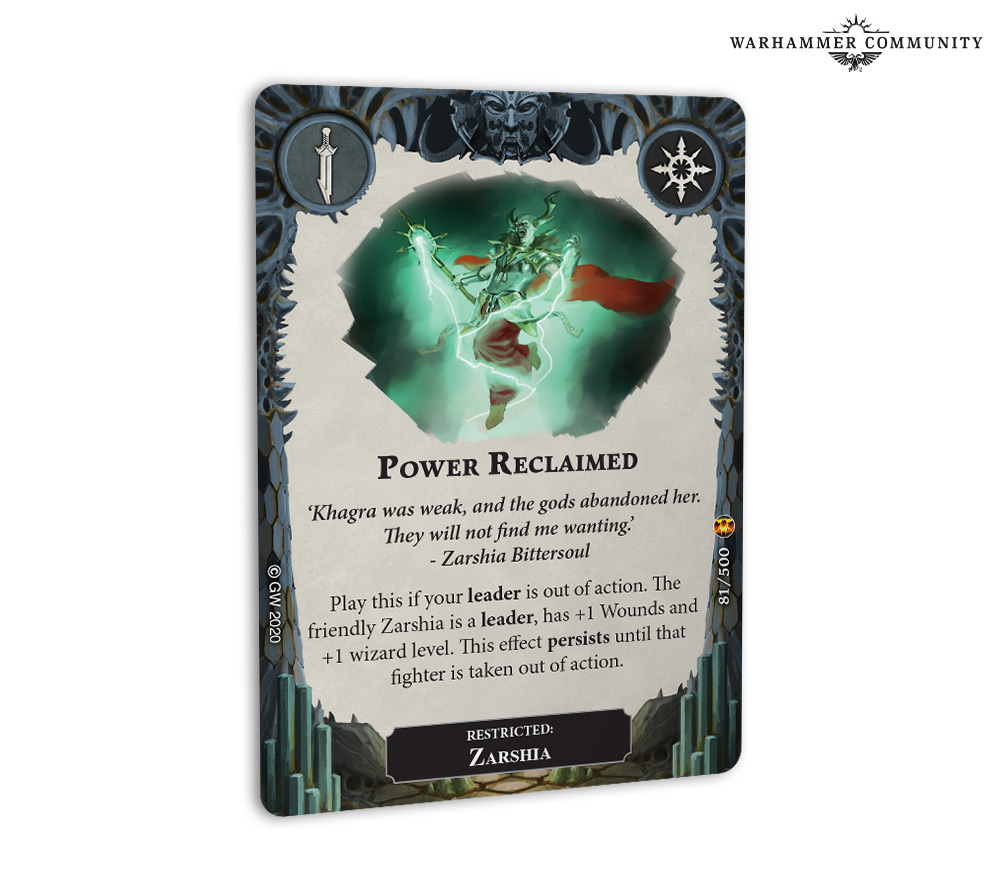 We’ll be taking a closer look at the rest of the cards in the set as we get nearer to their release in January. In the meantime, let’s take a sneak peek at another of the fighters from the Starblood Stalkers. 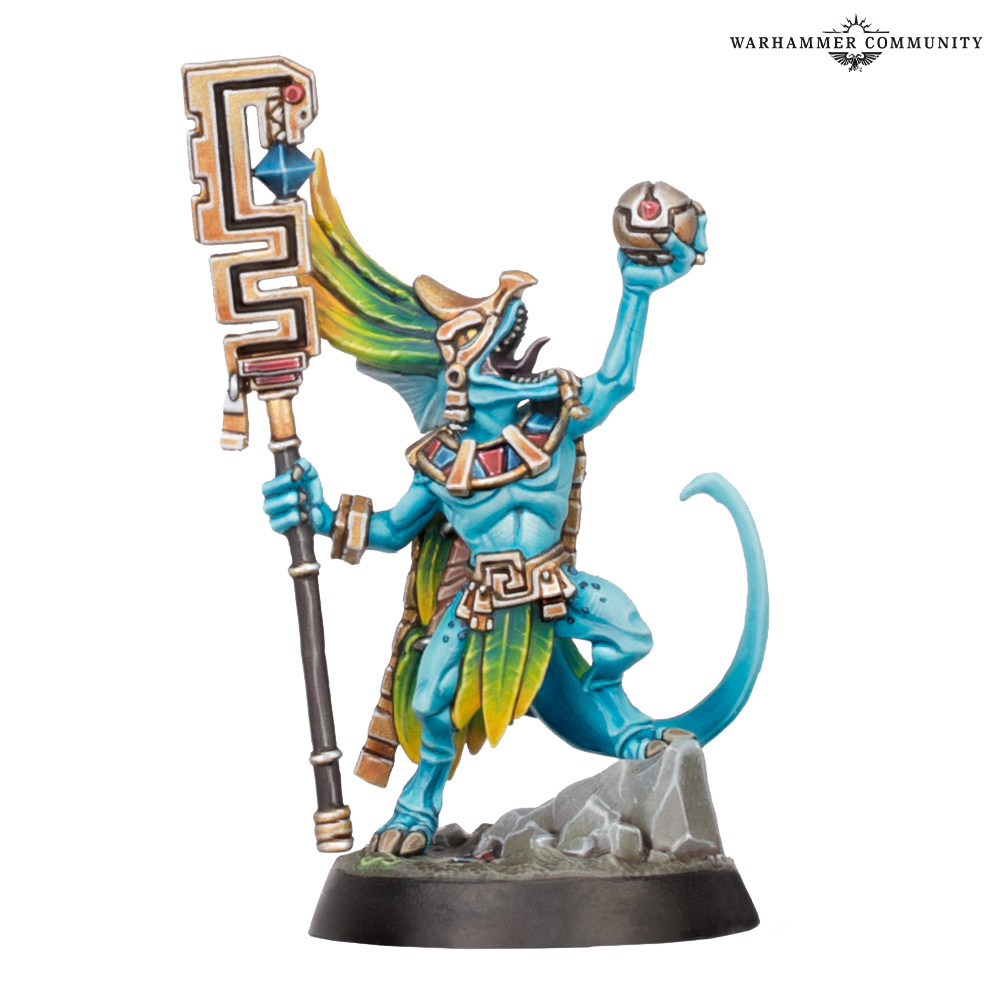 We won’t say too much more about Kixi Taka right now, but that mysterious sphere in their left hand could have major ramifications for Direchasm.

Take a look at the special abilities of the new Warhammer Underworlds warband.

We’ve got a double-dose of Flashpoint and more besides in this month’s issue of White Dwarf. Check out our top picks to look forward to.

How to Get Started with Warhammer Underworlds: Direchasm

If you’ve been waiting for the perfect moment to get into Warhammer Underworlds, this is it!