Looking for a way to create a fun, thematic army for Warhammer Age of Sigmar? Well, Morathi, the first book in the Broken Realms saga, has something just for you. Today, we’re taking a look at how you can make a new force based on the rules within this tome.

Who wouldn’t want to have an entire force of half-snake warriors that are blessed by Khaine to dish out the pain? Fielding an army from the Zainthar Kai temple gives bonuses to all of your Melusai units, so load up on Blood Stalkers and Blood Sisters. Add in the Melusai Ironscale from the Shadow & Pain boxed set and spread some ophidiophobia around the Mortal Realms. 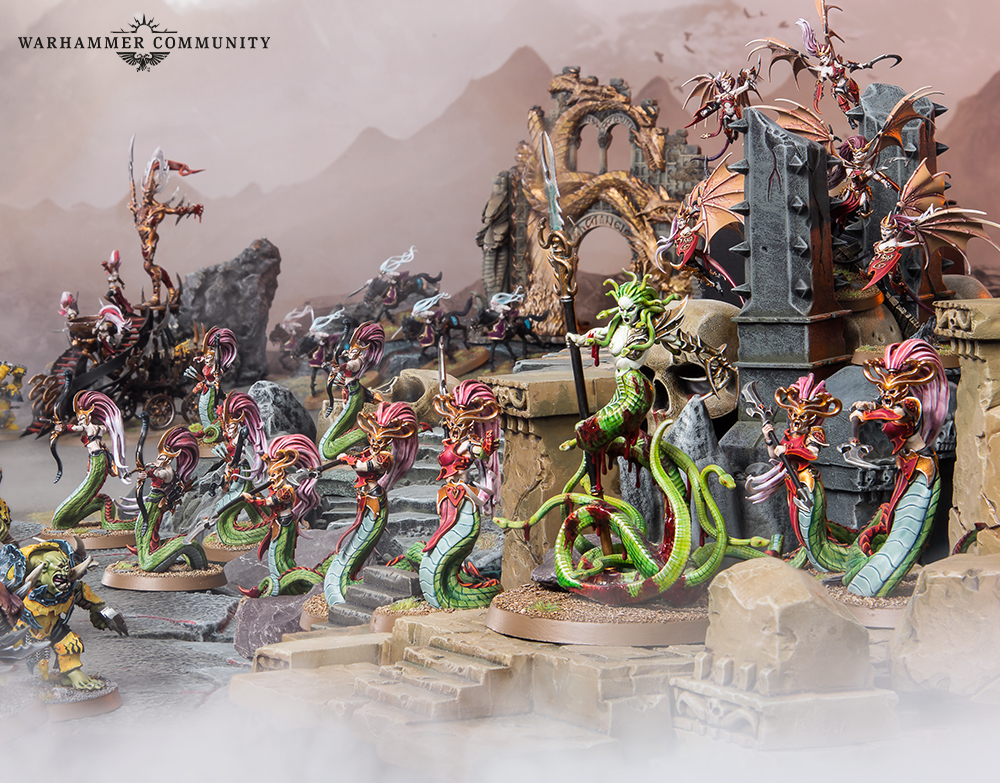 It’s a good job that Warhammer Age of Sigmar measures distances in inches because snakes don’t have feet!

Allopexes got a LOT better in Broken Realms: Morathi, so there’s no better time to run an army of flying sharks. You’ve stopped reading now, haven’t you? As soon as we said “flying sharks” you left to go and make it happen. Frankly, we don’t blame you. If you’re looking for an easy way to expand your growing Allopex legion, grab The Bloodsurf Hunt battalion box. 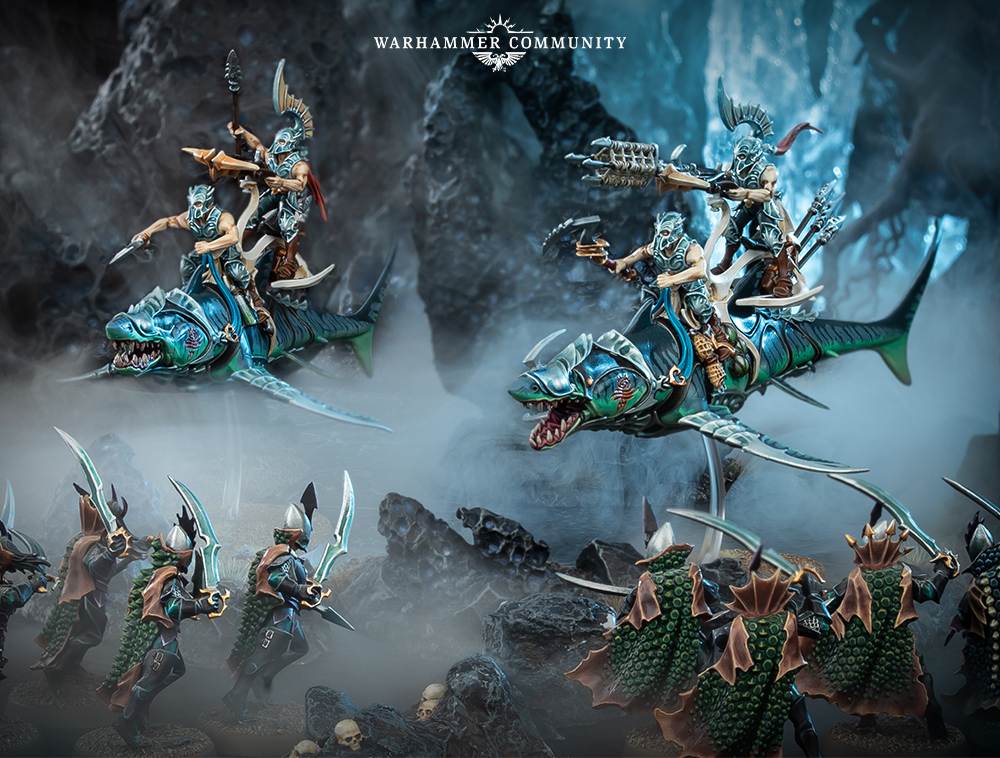 Just make sure that you have a big enough boat.

The Idolators can take any Cultist unit as Battleline. This means that you can build an entire army based around your Warcry warbands! Mix and match your Cypher Lords with your Splintered Fang or make up an entire force of Iron Golem. How cool would that look? Very cool. 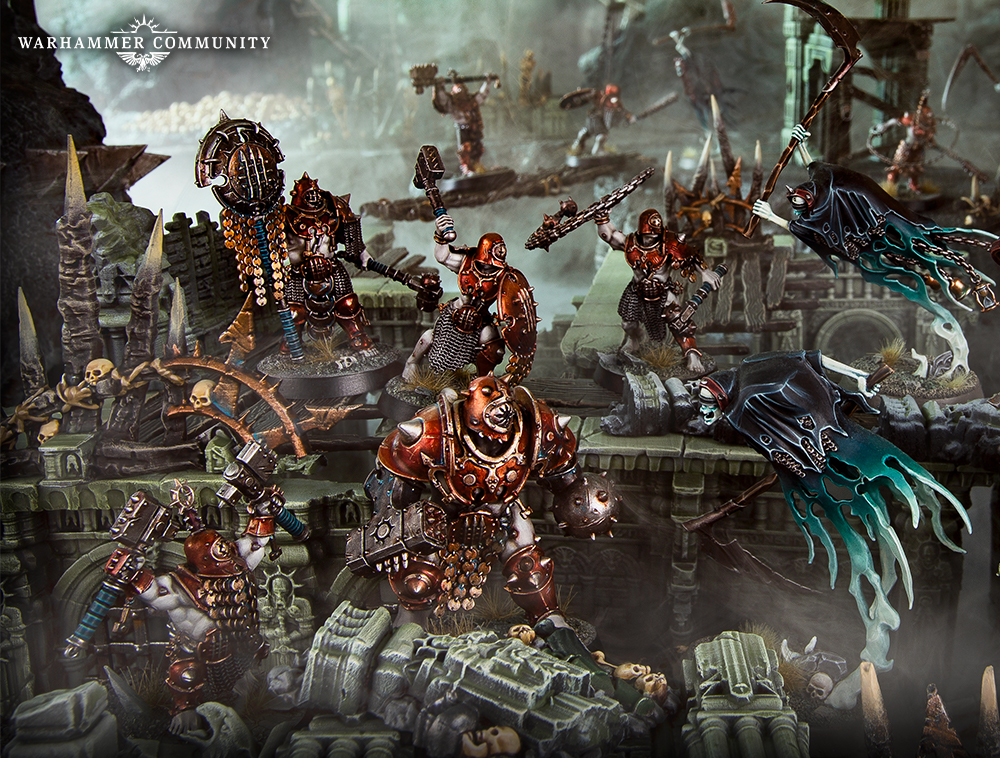 If you need a few chariots to pop over to the Eightpoints and round up all of your followers, grab Gresh’s Iron Reapers.

Stormcast Eternals are great, but there just aren’t enough of them to defend the Mortal Realms from all of the threats that are out there. Thanks to Broken Realms: Morathi, you can now add mortal auxiliary units into your Stormcast army. It’s like having a squire accompany their noble knight into battle. 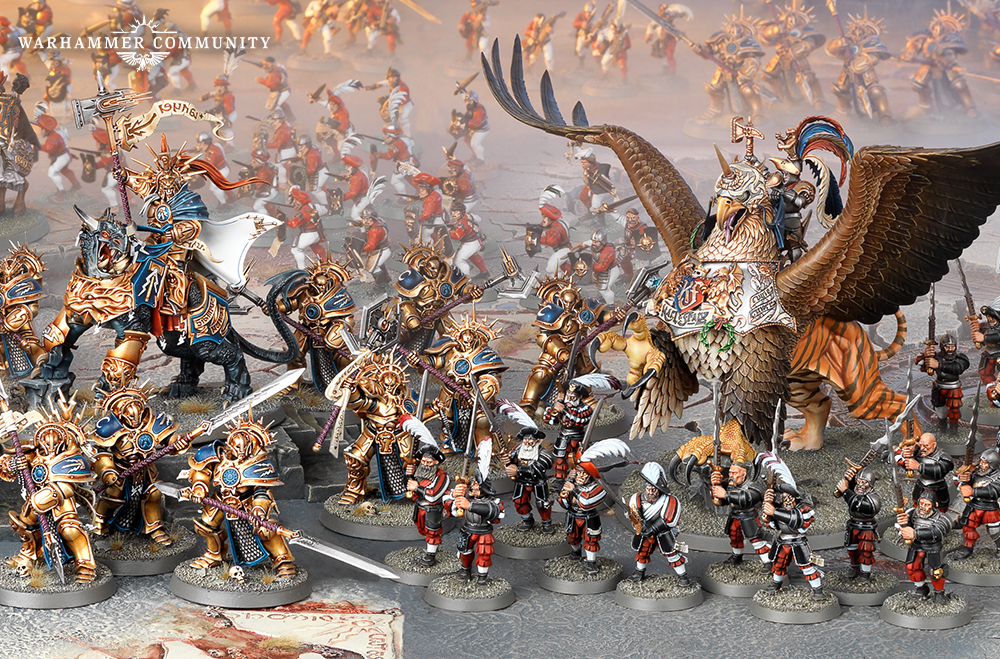 Of course, if you prefer your Stormcast to be assisted in battle by something that is even more loyal, you’ll want Ven Brecht’s Black Watch, which is full of loveable Gryph-hounds. Squark!

Har Kuron is a city built to Morathi’s will, with echoes of an ancient land of chill and murder. Ranks of spearmen, black dragons, and reptile-riding knights and corsairs march out from its walls to spread terror in service to the cult of Khaine. Do you see what we’re driving at here? We’re not going to say it out loud but it rhymes with lark shelves. 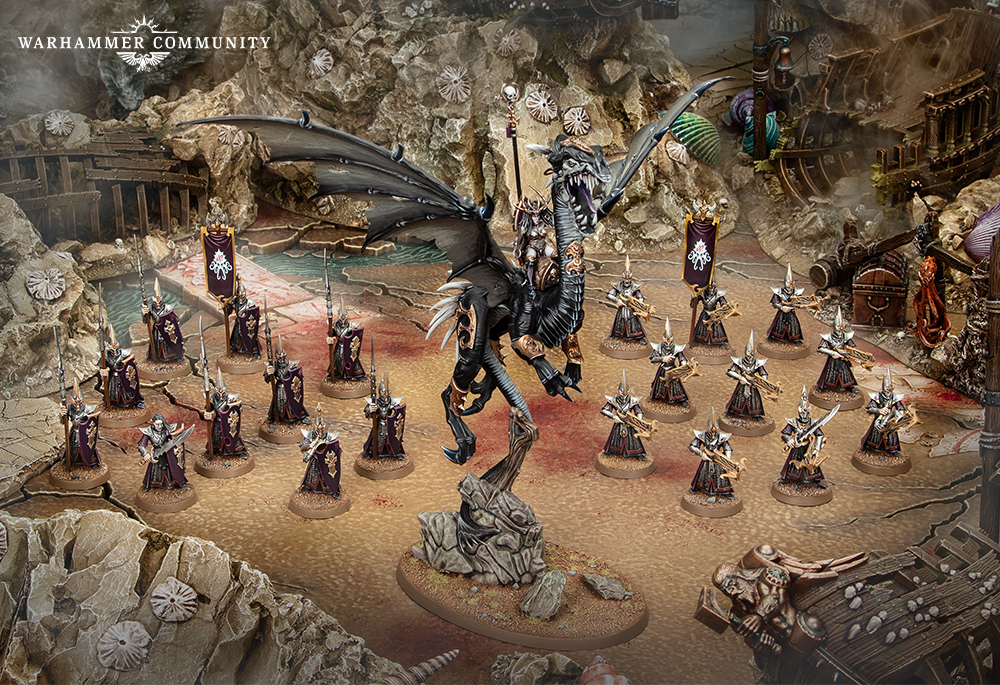 Kick-off your Har Kuron army with Kraeth’s Shadow Pact – with a dragon like that you’ll be able to scale the heights of glory in no time.

Have you tried out any of the new rules from Broken Realms: Morathi yet? Join us over on the Warhammer Age of Sigmar Facebook page to tell us all about it and let us know which is your favourite of these five army ideas.

The first piece of short fiction from the Broken Realms is here! Check it out now.