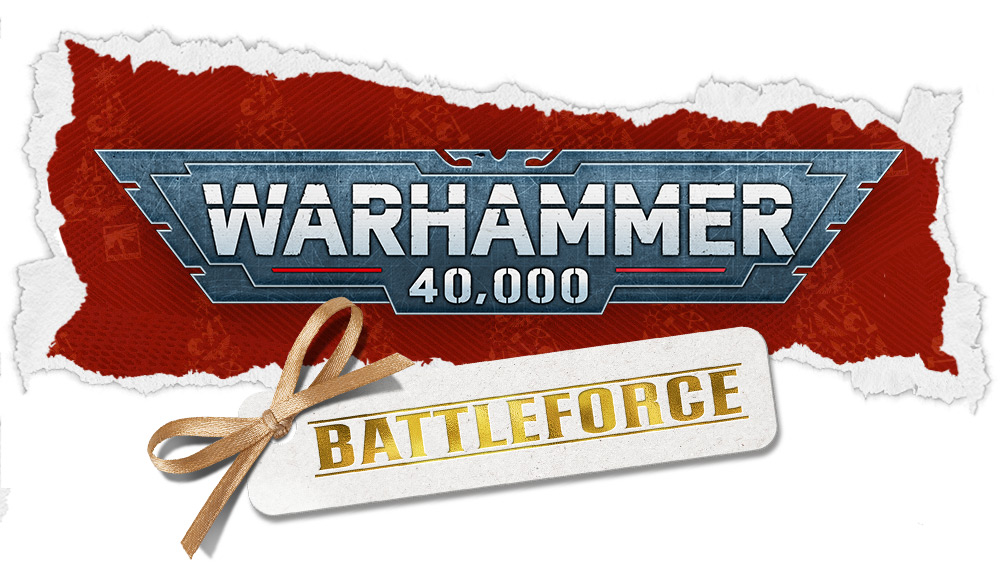 If you’re looking to start a brand-new collection or take an existing army to the next level with some serious reinforcements, then the new Warhammer 40,000 Battleforces are just what you need. Each Battleforce includes a wide selection of units, carefully chosen to provide a variety of useful options. Let’s take a look at their contents. 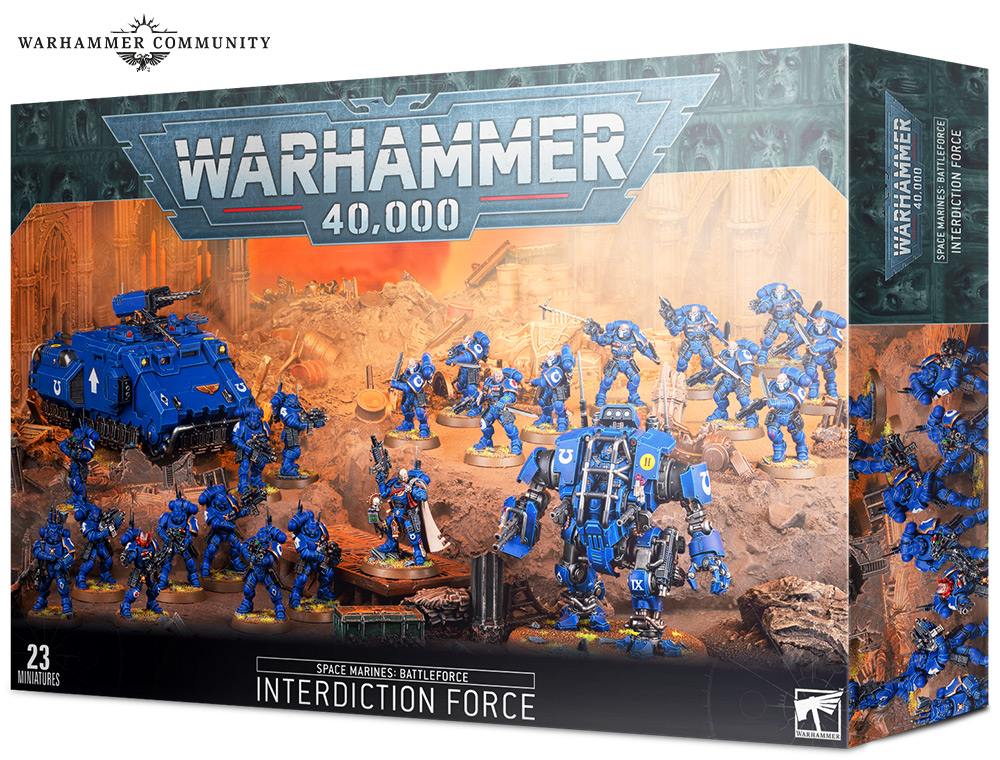 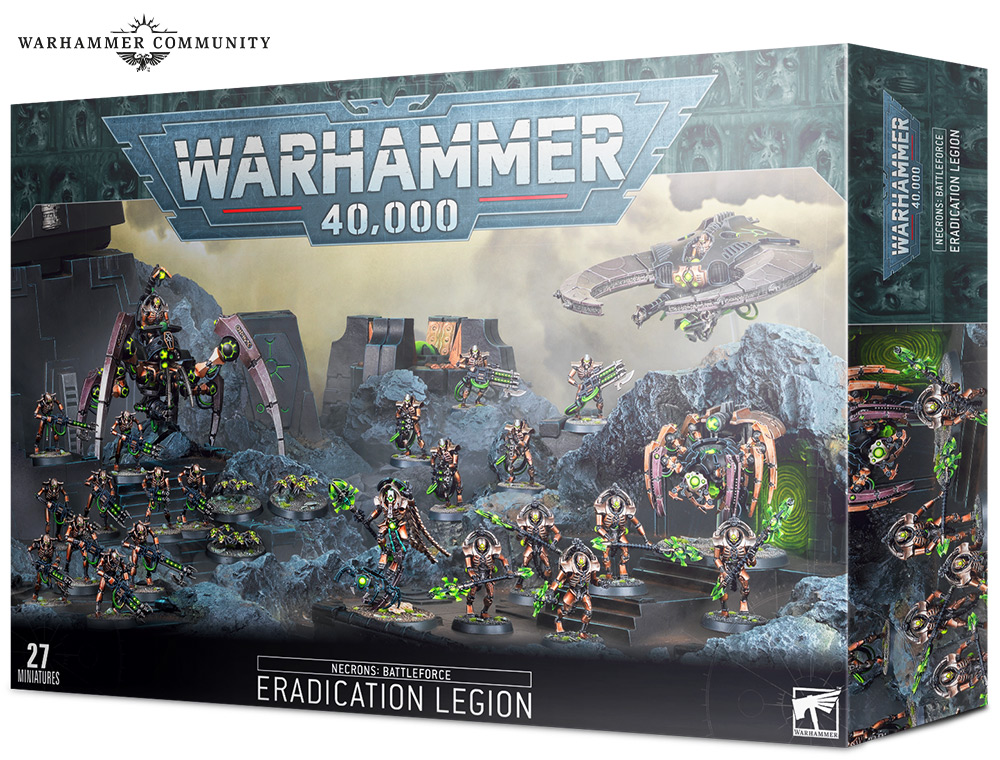 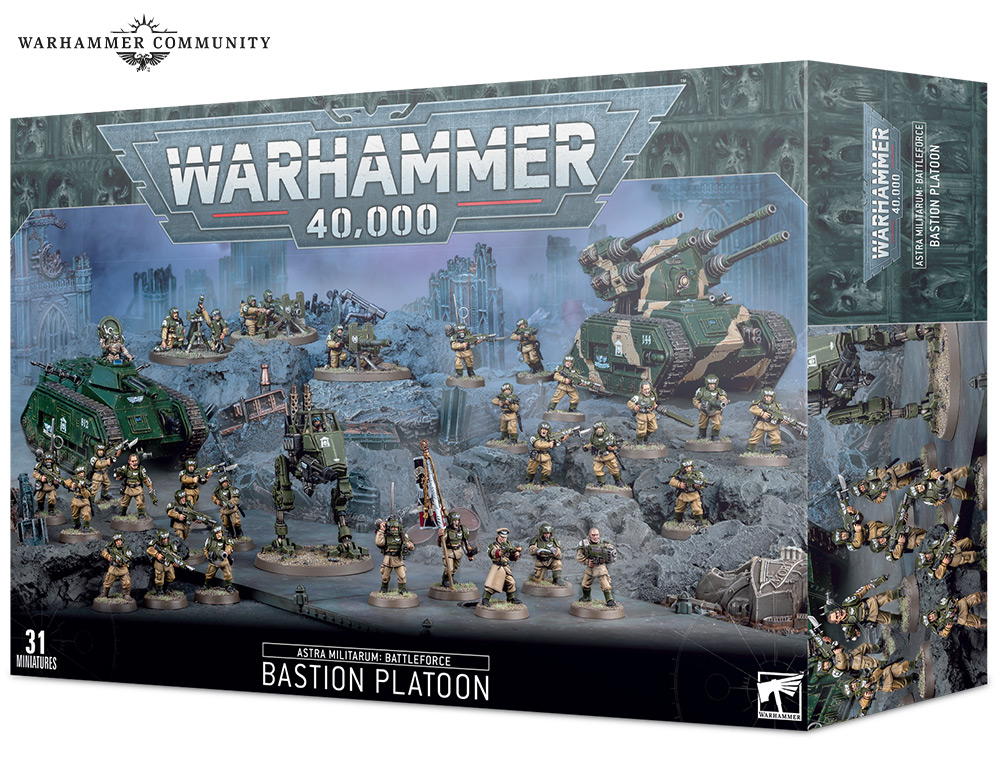 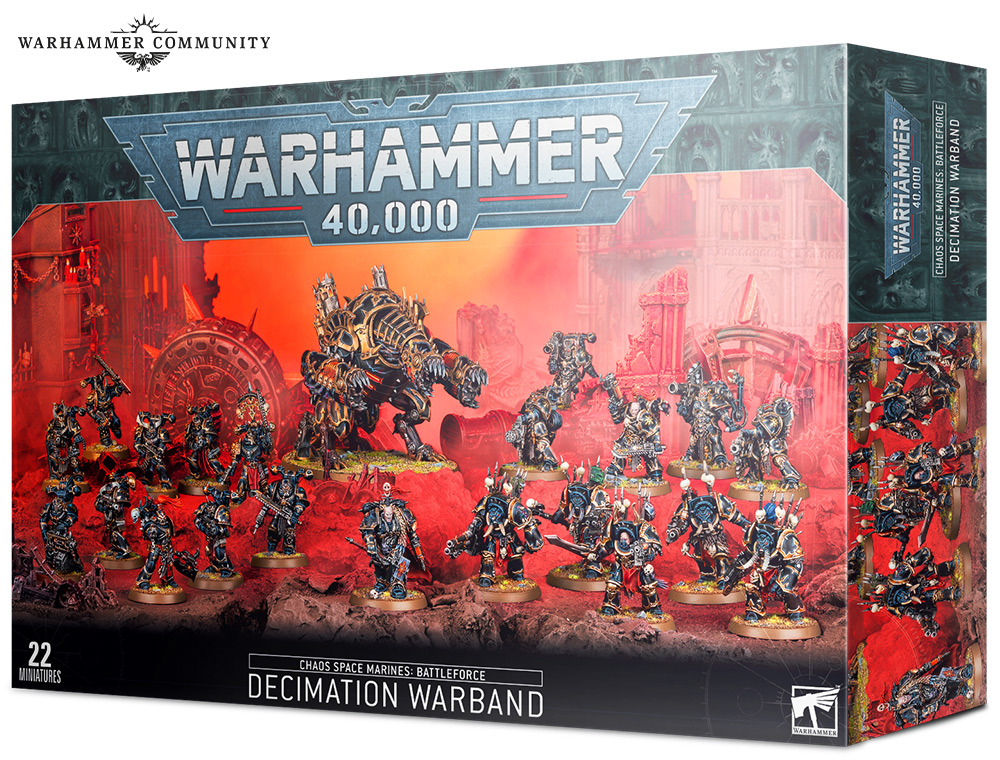 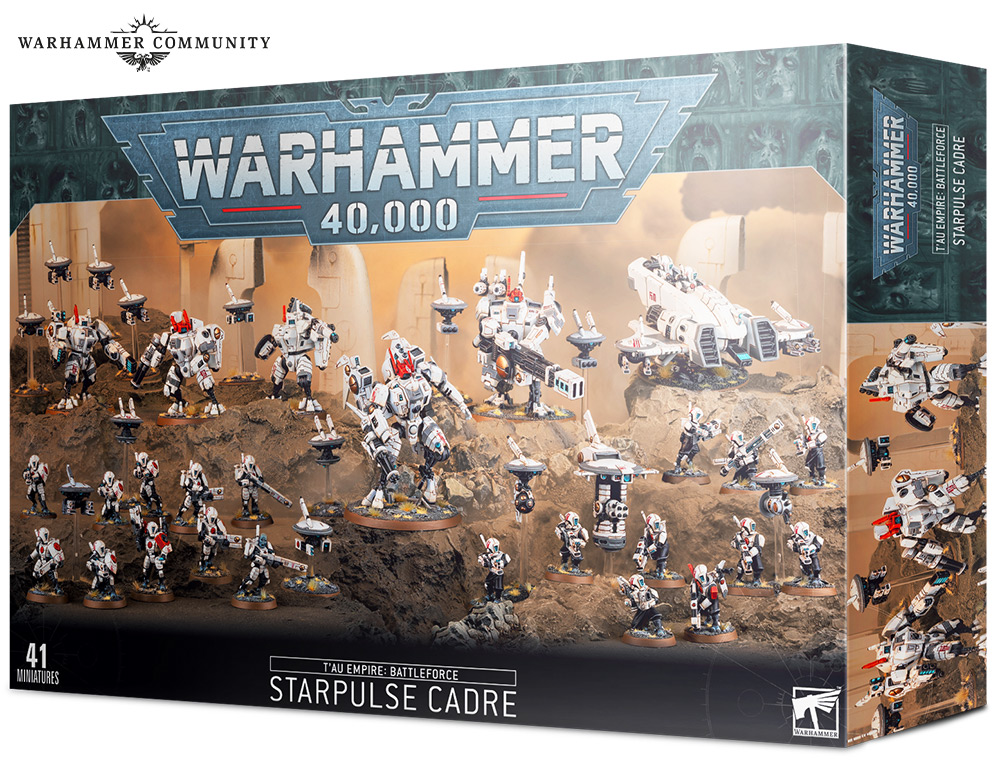 Take covert warfare to the next level with this powerful collection of Vanguard units: a Captain in Phobos Armour, 10 Infiltrators/Incursors, 10 Reivers, an Invictor Tactical Warsuit, and Impulsor transport. By the time your enemy sees your Interdiction Force coming, it’ll be far too late! 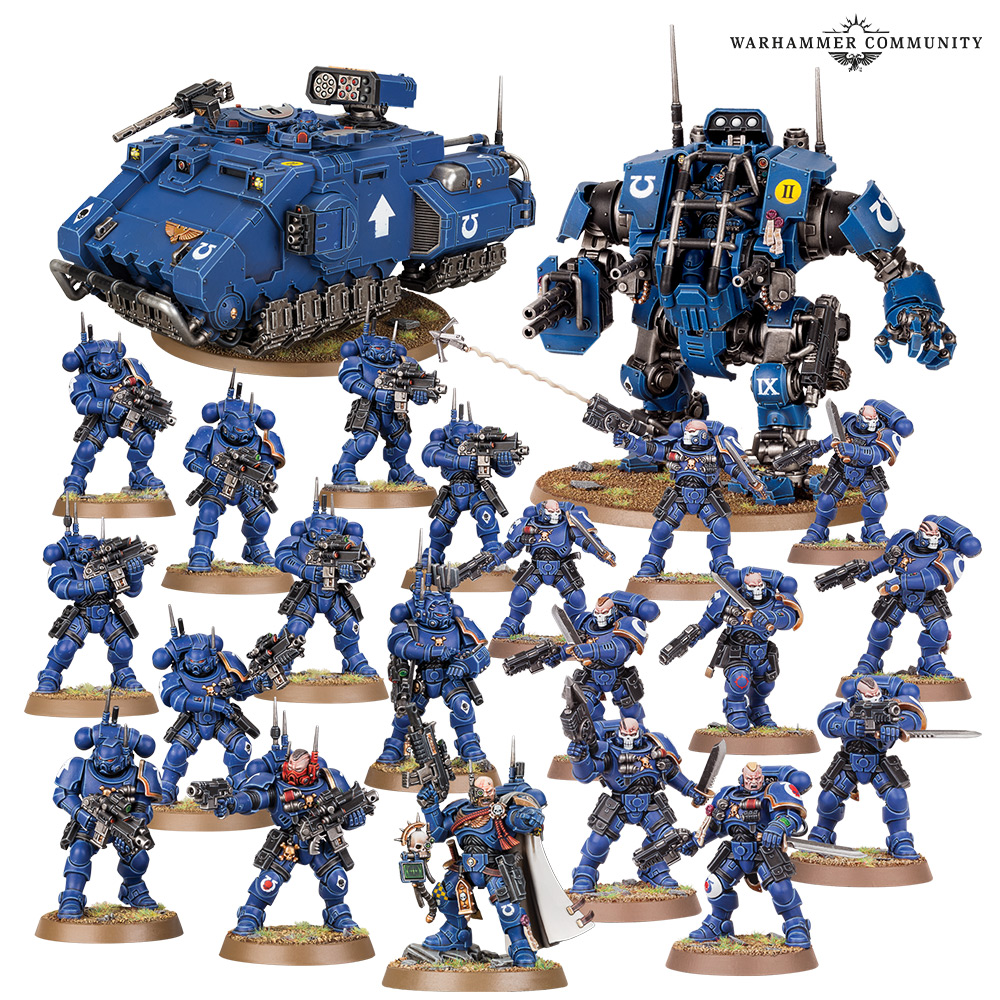 Is galactic domination more your game? Fans of the Necrons will be able to grab the Eradication Legion. With 10 Warriors, 5 Immortals/Deathmarks, 5 Triarch Praetorians/Lychguard, a Canoptek Spyder, a Triach Stalker, a Doomscythe/Nightscythe, and a Technomancer all included in the box, you’ll have everything you need to raise your own dynasty for the glory of the Silent King (or yourself)! 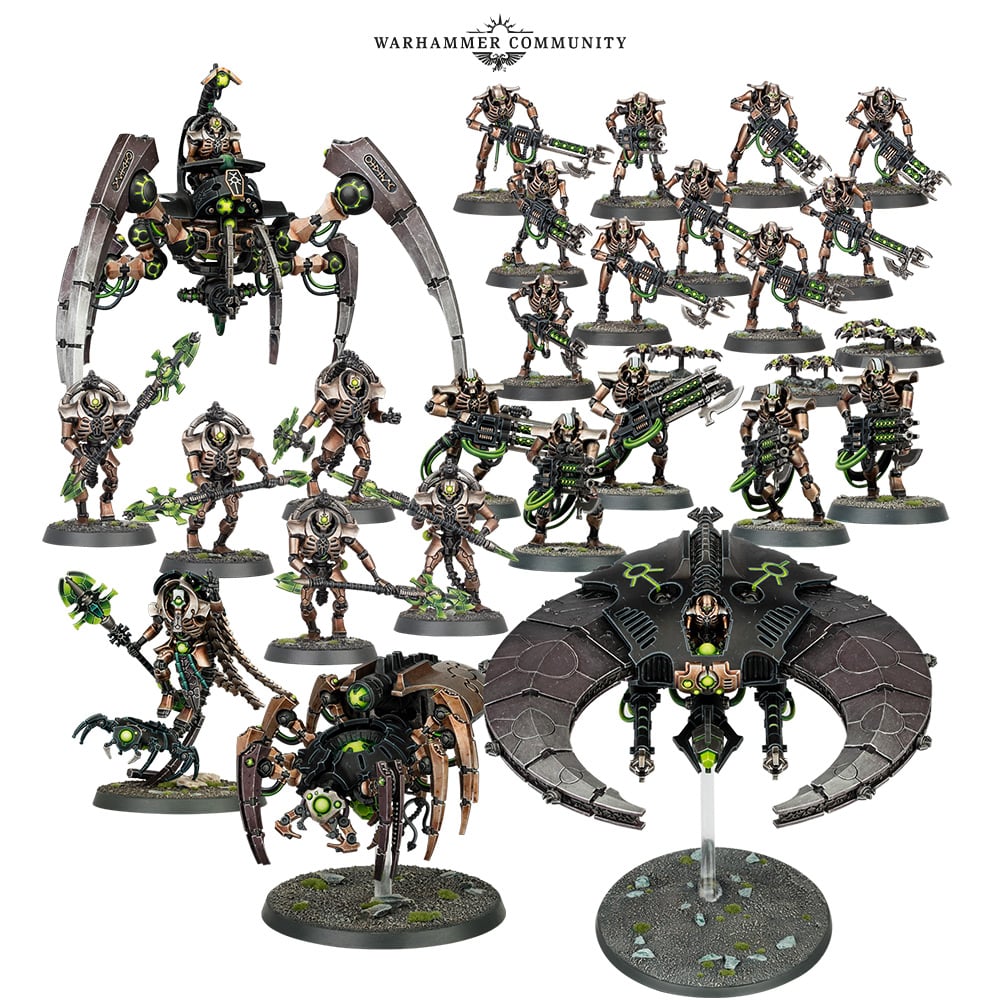 Successful Astra Militarum armies consist of 3 Gs: Guardsmen, Guns, and bigger Guns! Thankfully, the Bastion Platoon has all three and more: 20 Guardsman, a Command Squad and officer to lead them, a Heavy Weapon Squad and a Sentinel/Scout Sentinel, Chimera, and a Hydra/Wyvern. That’s a whole lotta 3 Gs, right there! However, if you like the idea of subverting a planet’s populace with the Genestealer Cults instead of protecting them, this Battleforce will also provide you with a great selection of units which you can kitbash to serve your cause. 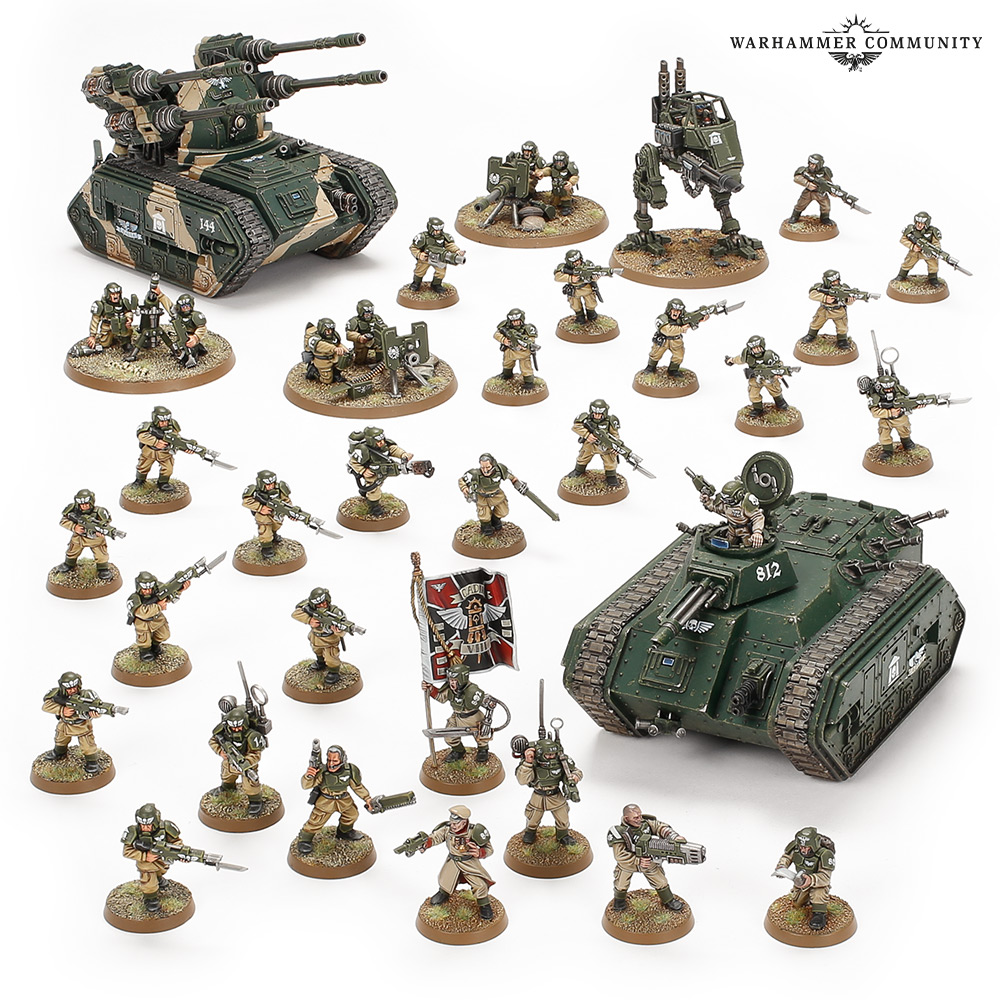 If you’re out to watch the galaxy burn – or at the very least set it ablaze – then the Chaos Space Marines Decimation Warband will see you right (or wrong, depending on your outlook). You’ll have 10 Chaos Space Marines, 5 Havocs, 5 Chaos Terminators, a Maulerfiend/Forgefiend, and a thunder-hammer-wielding Chaos Lord to set you on your pyromaniacal path – a fearsome combination of units indeed. 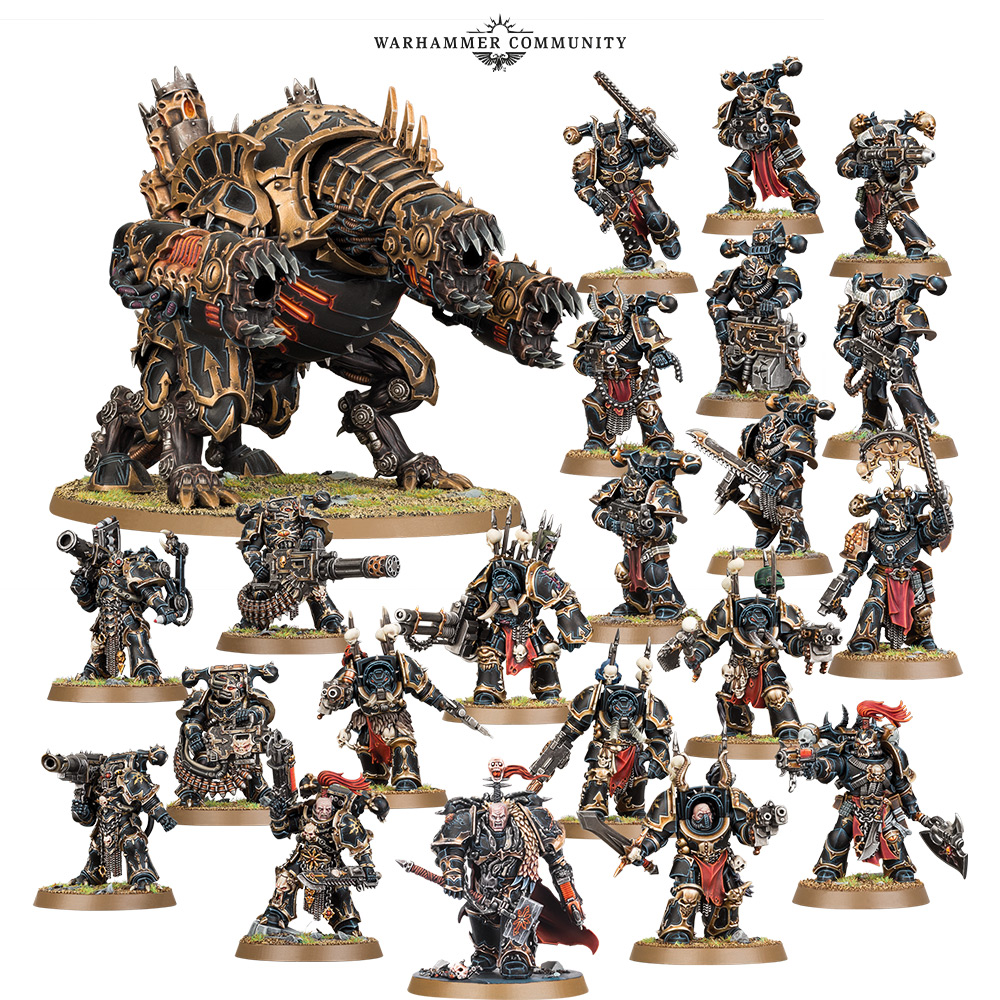 Make peace, not war… that is, unless no-one listens to reason, in which case you should just go ahead and make war better than them. That’s not exactly the philosophy of the T’au Empire, but you catch our drift. With this Battleforce of 10 Fire Warriors, 10 Pathfinders, 3 Crisis Battlesuits, 1 Broadside Battlesuit, a Piranha, a Commander, and more Drones than this humble scribe can count, you’ll certainly be feeling the Greater Good! 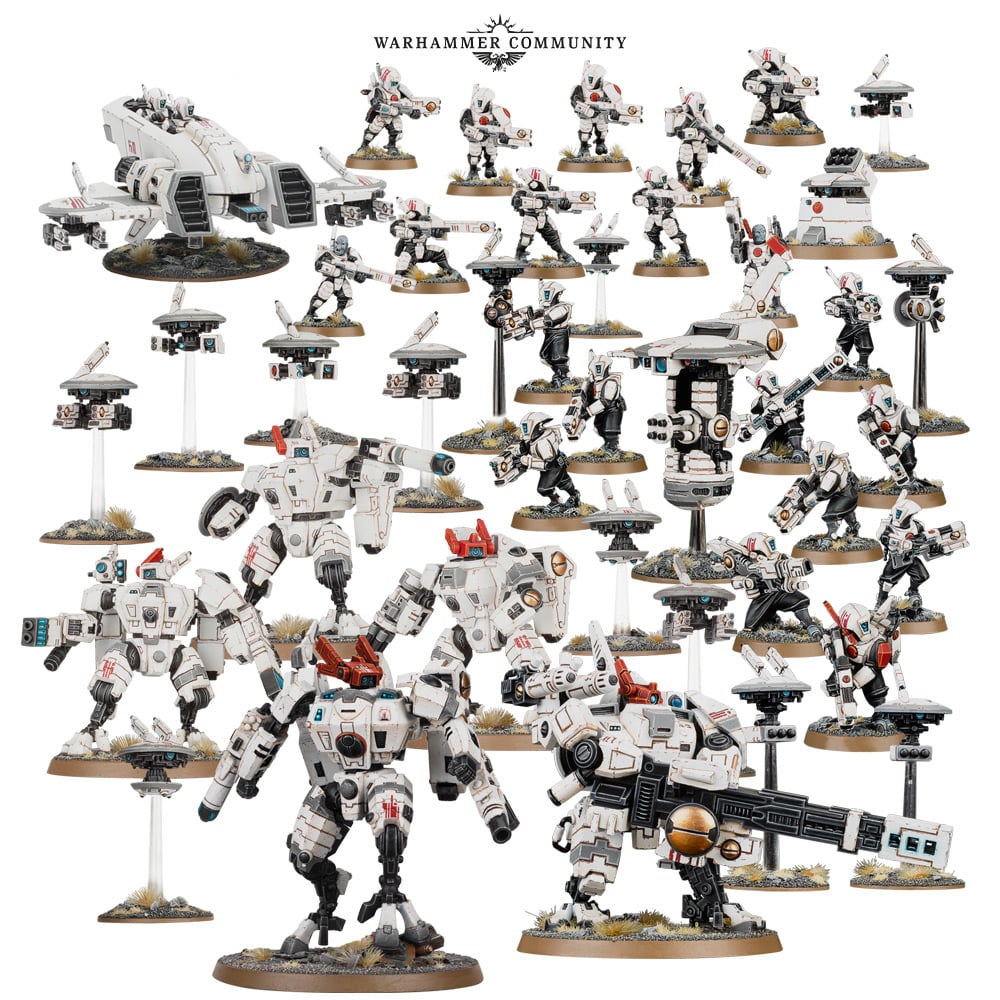 If you’re bored of eating the traditional Christmas fare and would like to try the succulent delicacies of, say, an entire planet’s population, the Brood Swarm is exactly what you need! 16 Genestealers, 10 Gargoyles, 3 Hive Guard/Tyrant Guard, an Exocrine/Haruspex, and Hive Tyrant/The Swarmlord will provide you with everything you need to make sure your enemies are dead and you’re well fed! 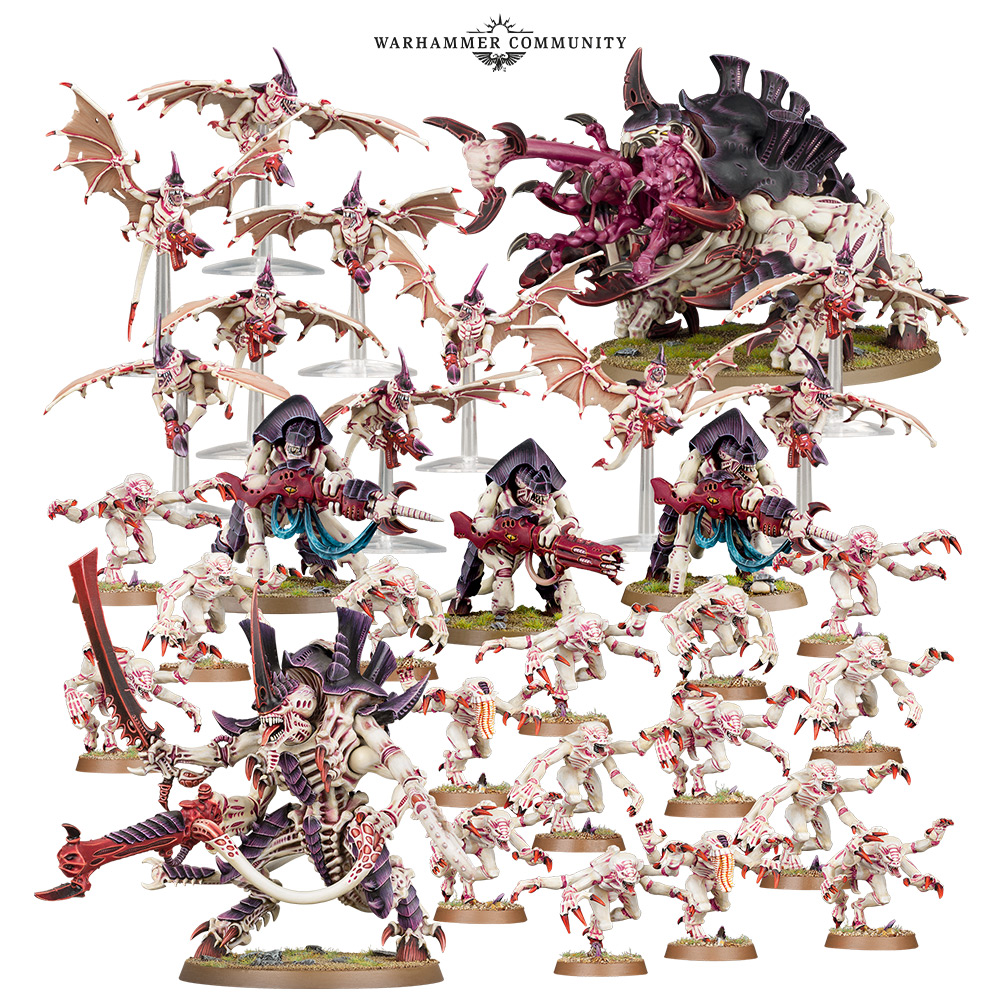 That’s not all! Blood Angels fans can also look forward to a Combat Patrol set with hand-picked units that are perfect for 25-Power games. With 5 Intercessors, 5 Infiltrator/Incursors, 3 Aggressors, an Impulsor and a Primaris Librarian, you’ll be well equipped to unleash the fury of Sanguinius’ sons in Combat Patrol games. 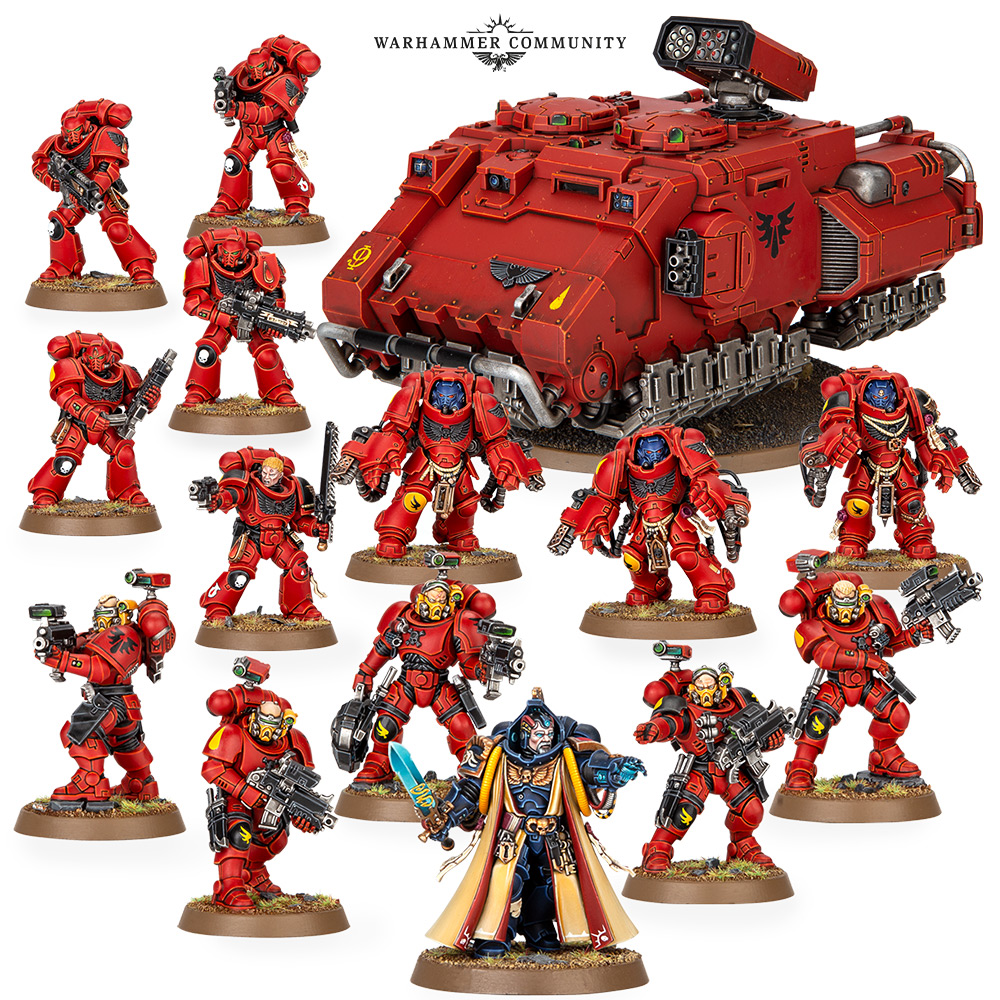 Now that you know what’s on the way, you’d better get started writing your Christmas lists and unsubtly leaving them in obvious locations for your family, friends, and significant others to ‘find’! While you’re at it, let us know what you’re looking forward to most on our Warhammer 40,000 Facebook page.

New Warhammer 40,000 action figures are coming your way from McFarlane Toys – find out all about them.

This gorgeous metallic-red Blood Angels army is the work of Migs from the Ironsleet blog. Check out his thoughts on creating the force.

We’ve got some super-exciting news about the future of the Warhammer 40,000 game.