Just how did the Necrons become the mechanical monstrosities they are today? Today, we’ll explain all…

Long ago, the Necrons were a biological race known as the Necrontyr, a short-lived and spiteful species wracked by disease, cursed by the cruelty of an uncaring galaxy, and plagued by disunity. A need to unify their fractured empire and a deep bitterness towards the immortal Old Ones – mysterious, godlike beings who used to control the known universe – led them down the path to eternal life… and damnation.

Tales tell of the C’tan – bizarre and incomprehensible entities who feasted upon dying stars. A quirk of fate led the ancient Necrons into contact with these creatures, bringing them into the material universe as we know it via godlike bodies of bio-metallic necrodermis. The Silent King, ruler of the Necrontyr, was tricked by these beings into putting his fractious people through the nightmare of biotransference, swayed by honeyed promises. Whether he sought immortality for his people or just greater control, few can say – but whatever he was promised, the price was steep.

Biotransference was the process by which the Necrons were born. The dark and eldritch knowledge required for the task was provided by the C’tan, but it was Illuminor Szeras, a ruthless and intelligent Cryptek, who made it a possibility. 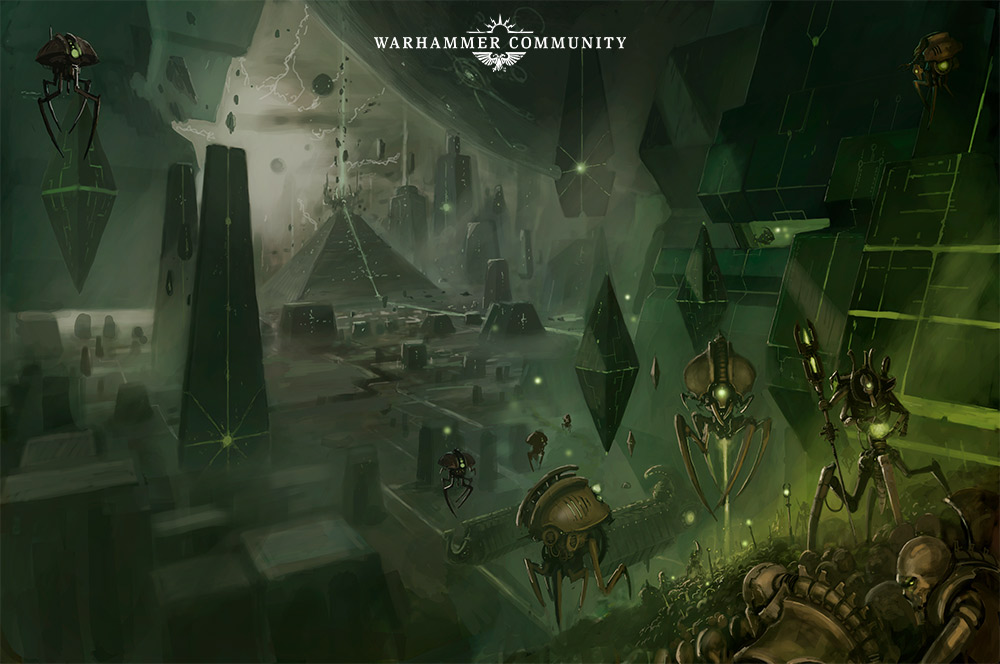 The aeons have erased much of the truth behind the biotransference of the Necrontyr, yet Aeldari legends speak of what happened next. It was a nightmare time where the entire Necrontyr race was put to vast furnaces, their flesh burned away in order to be replaced with cold, unfeeling metal.

Whether they went willingly or were forcibly rounded up by prowling Ghost Arks, the Necrontyr were transformed utterly. But in doing so, their souls were stolen by the C’tan in a wicked deception to sate their vile appetites. What remains of the Necrontyr’s minds was changed forever. Low-level citizens were robbed of any individuality or feeling, while professional warriors became the Immortals, allowed a little independence in order to better serve their masters. Even the Overlords and Crypteks, permitted to maintain their sentience, were slaves to the command protocols held by the Silent King, forcing them into an eternity of servitude beneath the C’tan and the Triarch. 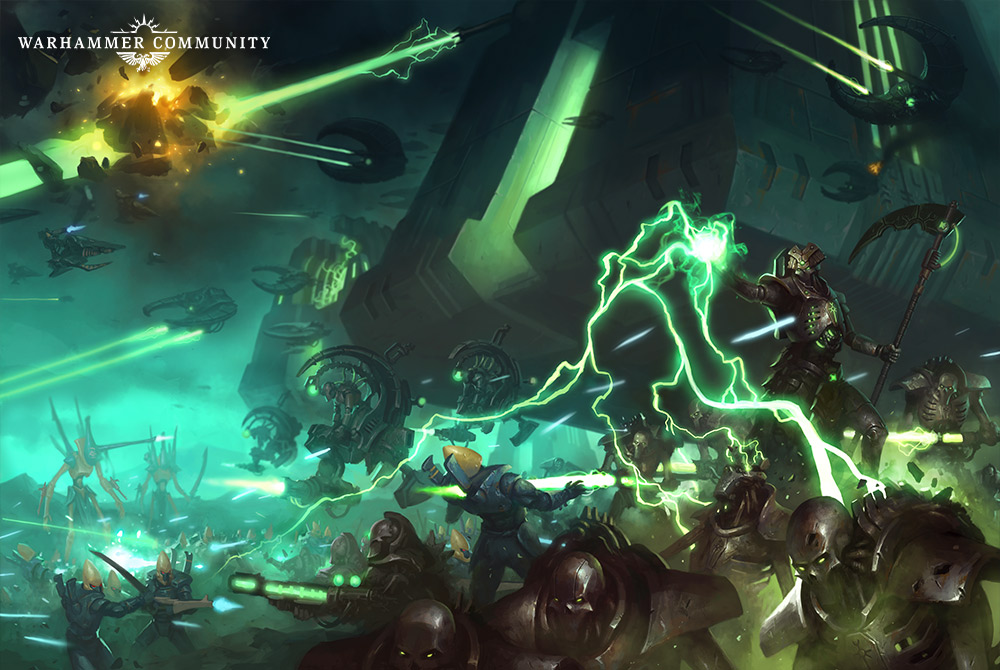 What followed was a war like no other, where the Old Ones and the countless races they created battled the Necrons and C’tan across the stars. This war all but sundered the galaxy, and countless billions were lost. Eventually, however, the Necrons would break free of their god-like masters and find ways of shattering the C’tan for their betrayal. In an attempt to outlast their enemies, the Necrons were ordered by the Silent King to undertake the Great Sleep, going into stasis for many millennia with the aim of returning to the galaxy when their myriad foes had weakened.

Necrons are entirely mechanical in nature, and, while some would suggest they still possess the guttering, flickering remnants of souls, they’re largely directed by ancient programming and personality engrams. While this has contributed to their longevity, the long aeons of sleep have, in many cases, utterly ravaged their minds. Even the highest of nobles are often incredibly eccentric or possessed with creeping madness. Nemesor Zandrekh, for example, still believes himself to be flesh and blood, and holds vast, silent banquets aboard his flagship to celebrate key victories. 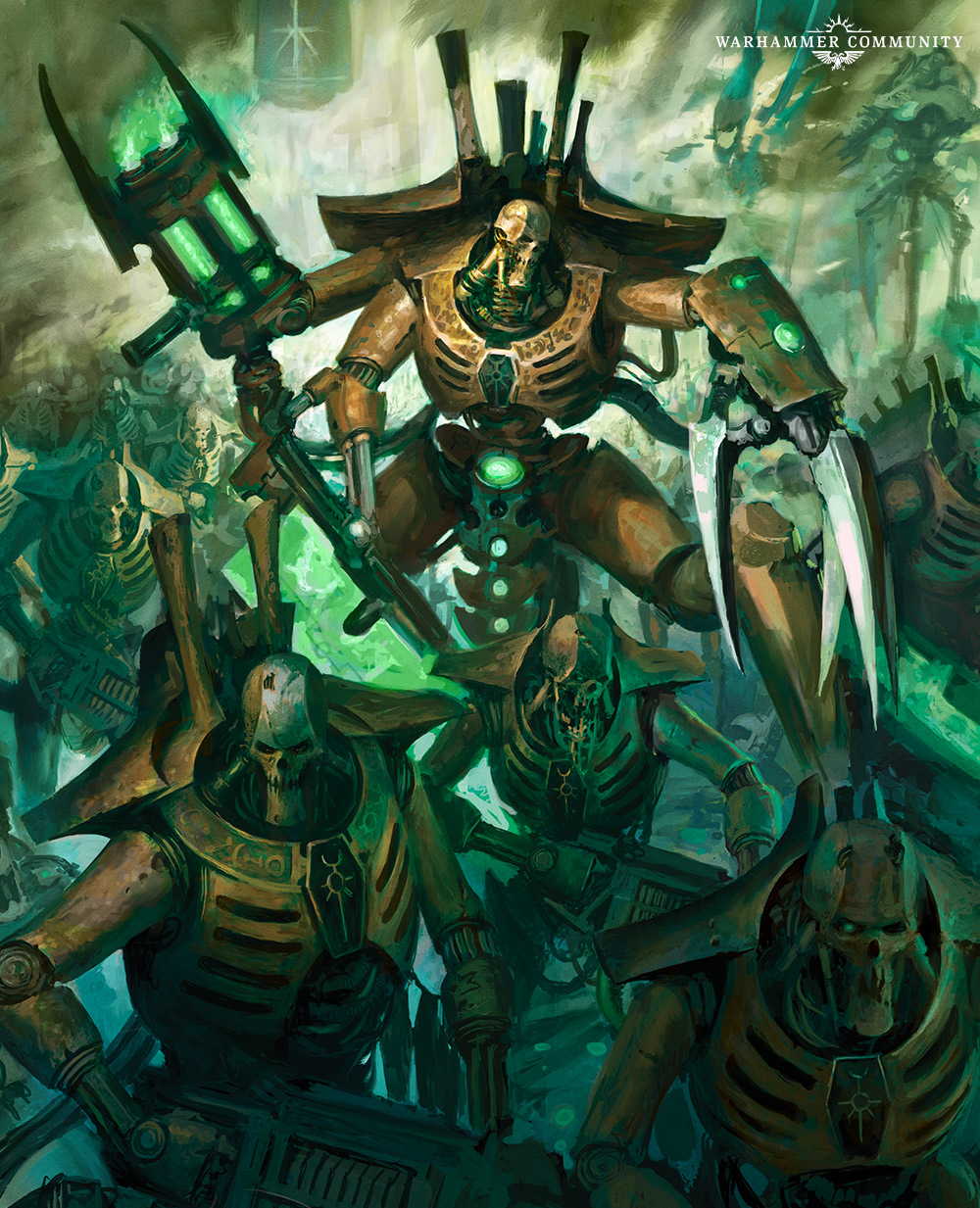 Stranger afflictions plague the Necrons, too. The Destroyer Cult, for instance, is a gathering of Necrons who have decided to embrace the machine utterly, modifying their bodies and minds to become little more than weapons to destroy all life. Even those Necrons still able to feel fear quail at these creatures, worrying that their particular madness is somehow infectious.

Flayed Ones are perhaps even more horrifying. It is said that when the C’tan known as Llandu’gor was slain, his death curse echoed among the Necrons, causing some to devolve into nightmarish ghouls who butcher and kill indiscriminately. Flayed Ones drape themselves in the skin of their victims and even attempt to consume their foes – whether they hunger for blood or crave a return to bodies of flesh and bone, none can say. Creeping from the nether realm known as the Bone Kingdom of Drazak whenever they sense carnage, they are objects of terror for both the Necrons and their enemies alike. 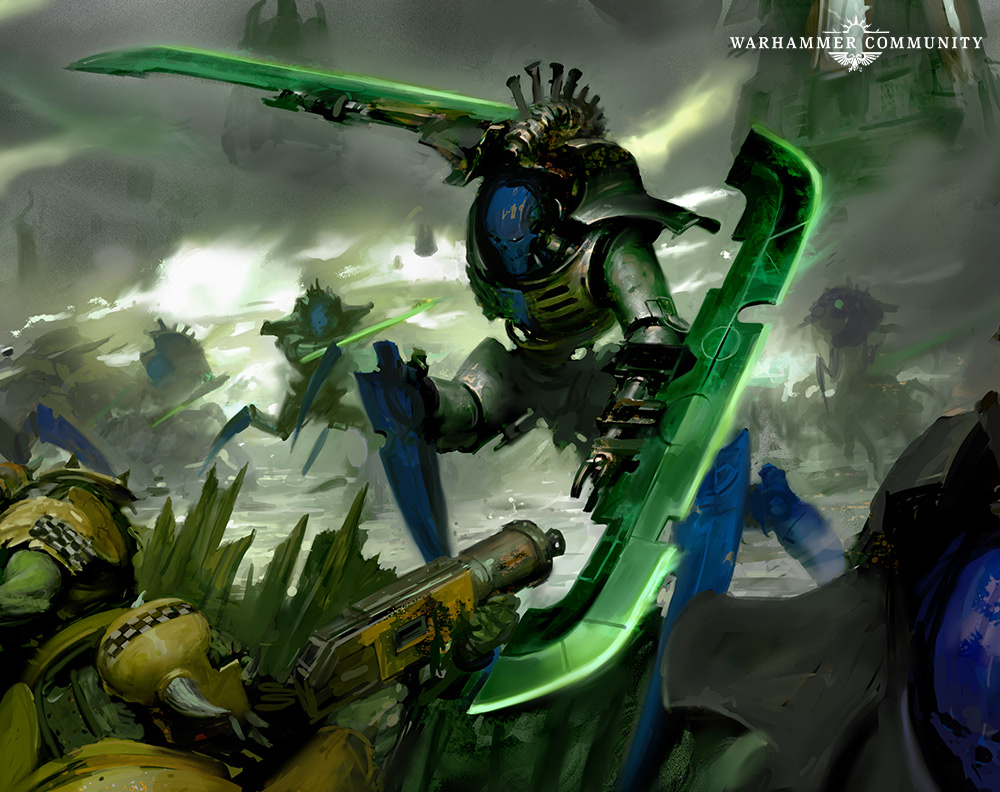 The Lingering Curse of Biotransference

At once a boon and a terrible affliction, the ancient act of biotransferrance has irrevocably changed the Necron race, turning frail and broken creatures into nigh-unstoppable killers, yet stealing none of their malice and cruelty. Many would look at the state of this undying empire and consider the ancient biotransference a bargain well-struck, yet the Necrons are joyless in their immortality. The trade of diseased, irradiated flesh for impervious metal cost them their free will. The Necrons are slaves still, forced forever to bend to the will of the Silent King, should he ever return from his self-imposed exile…

Want to find out more about the Necrons? Good news – their new codex will be available in October! In the meantime, why not kick off a collection of Necrons with a Warhammer 40,000 Starter Set – or add the very architect of biotransference to your forces!

Get a closer look at a new Necron unit from Indomitus!