This week is truly massive – with big releases for Slaves to Darkness, Blood Bowl Ogres, and a huge new rules supplement for the Middle-earth Strategy Battle Game, plus more besides! Grab a cuppa and settle in.

But first, a special Christmas message from our friend James…

Expand your army or start a brand-new one by pre-ordering the Start Collecting! Slaves to Darkness box, packed with all-new models for Chaos Warriors, Chaos Knights, and a Chaos Lord mounted on a new beast called a Karkadrak! 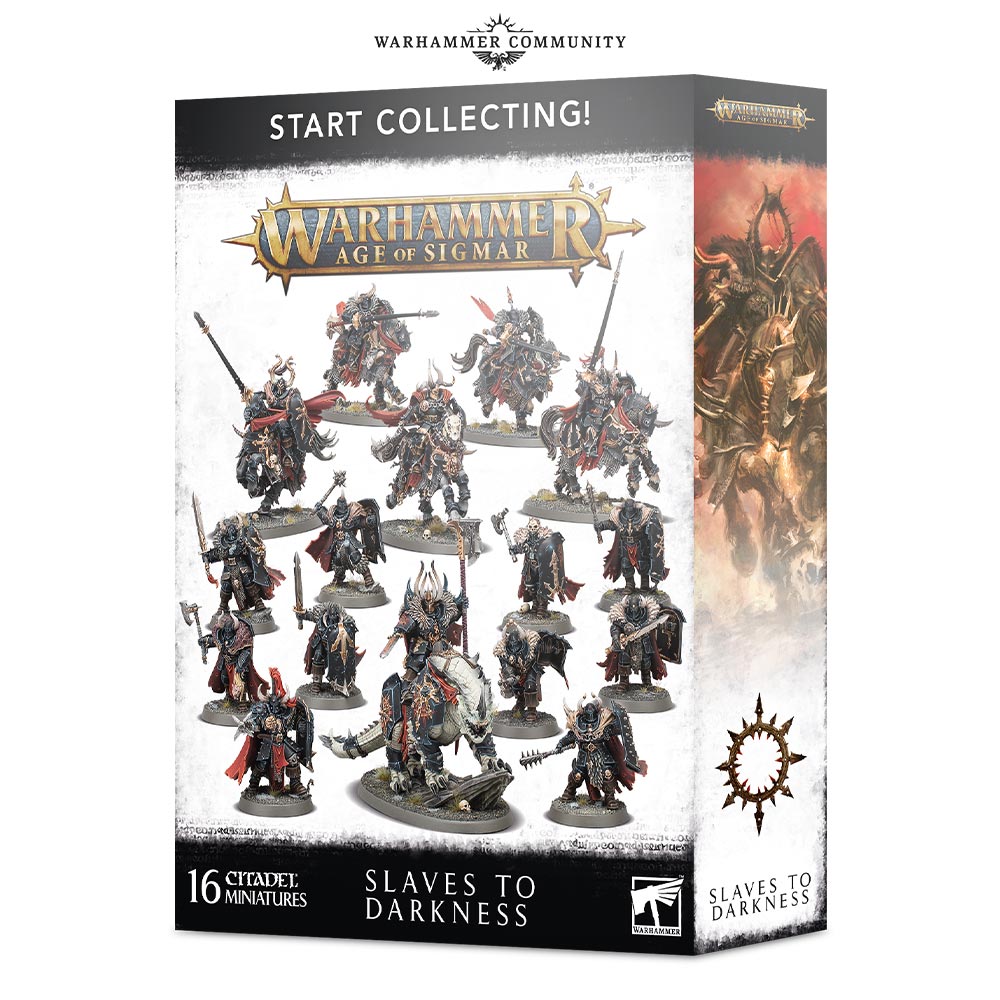 Looking to bulk out your Slaves to Darkness army with the warbands from Warcry? These boxes are loaded with double the models found in a Warcry warband – perfect for invading the Mortal Realms. 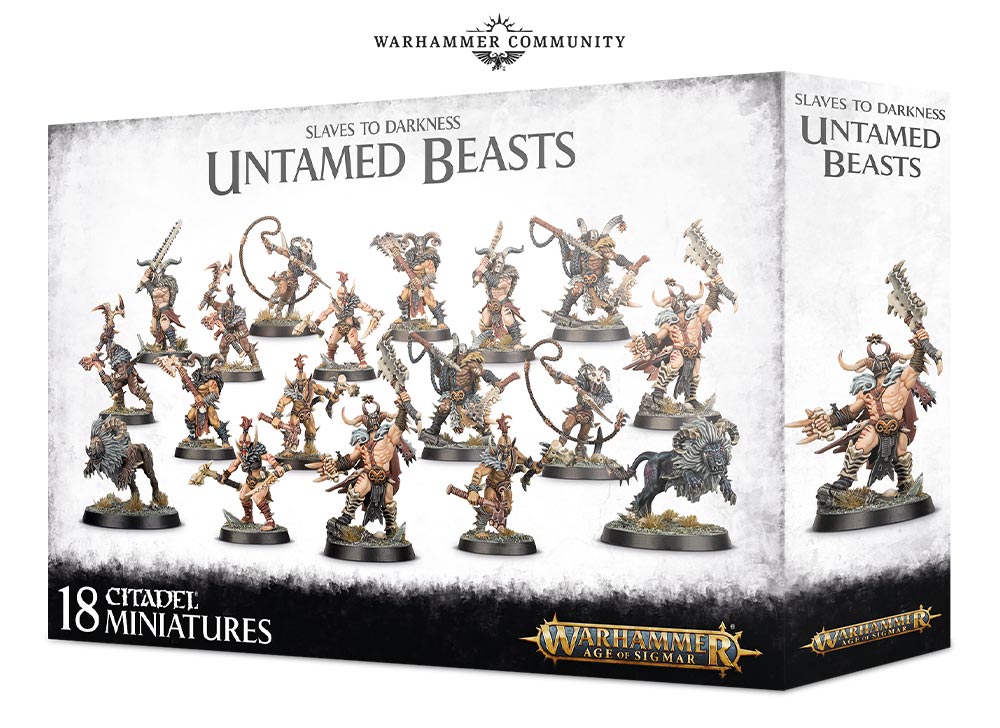 The corrupting influence of this army’s presence is represented by a stunning set of Chaos-themed endless spells – Darkfire Daemonrift, Realmscourge Rupture, and Eightfold Doom-Sigil. 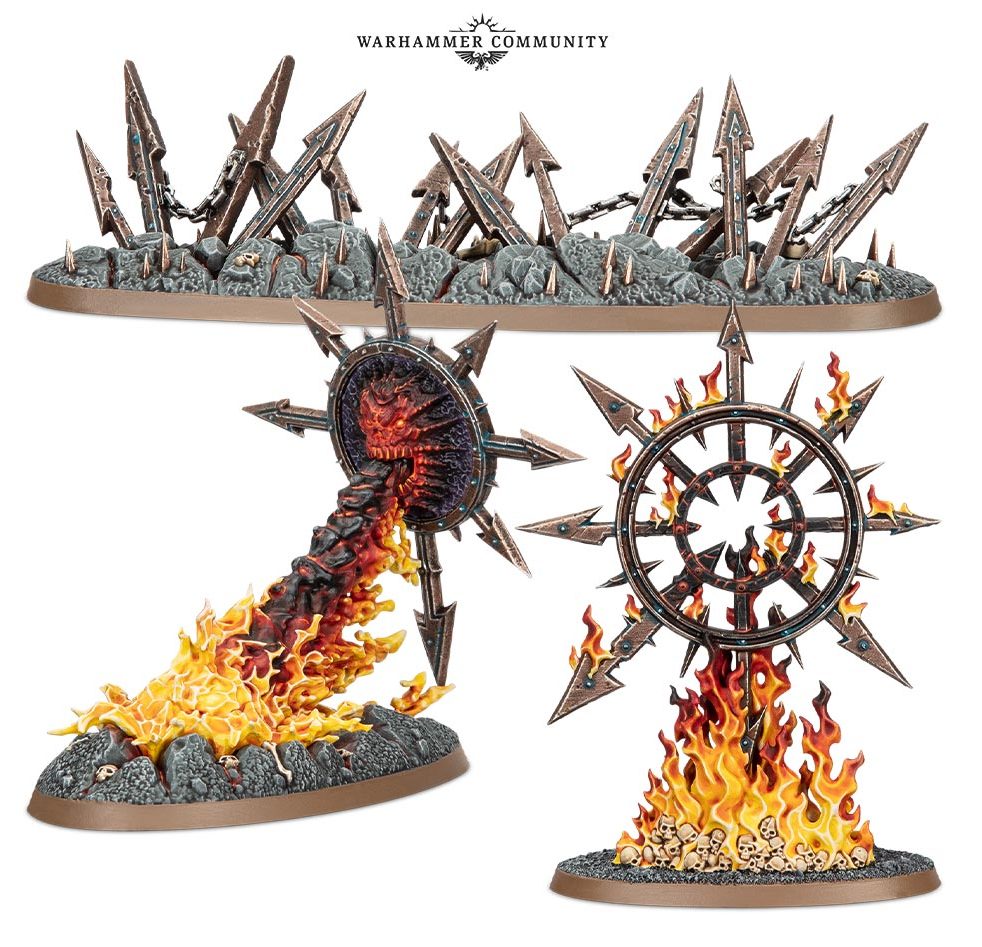 Battletome: Slaves to Darkness is available to pre-order in standard hardback and digital editions – or you can show your allegiance to the Everchosen with the sumptuously appointed limited edition. Grab a set of Warscroll Cards to help you keep track of all these new units and rules during your games. 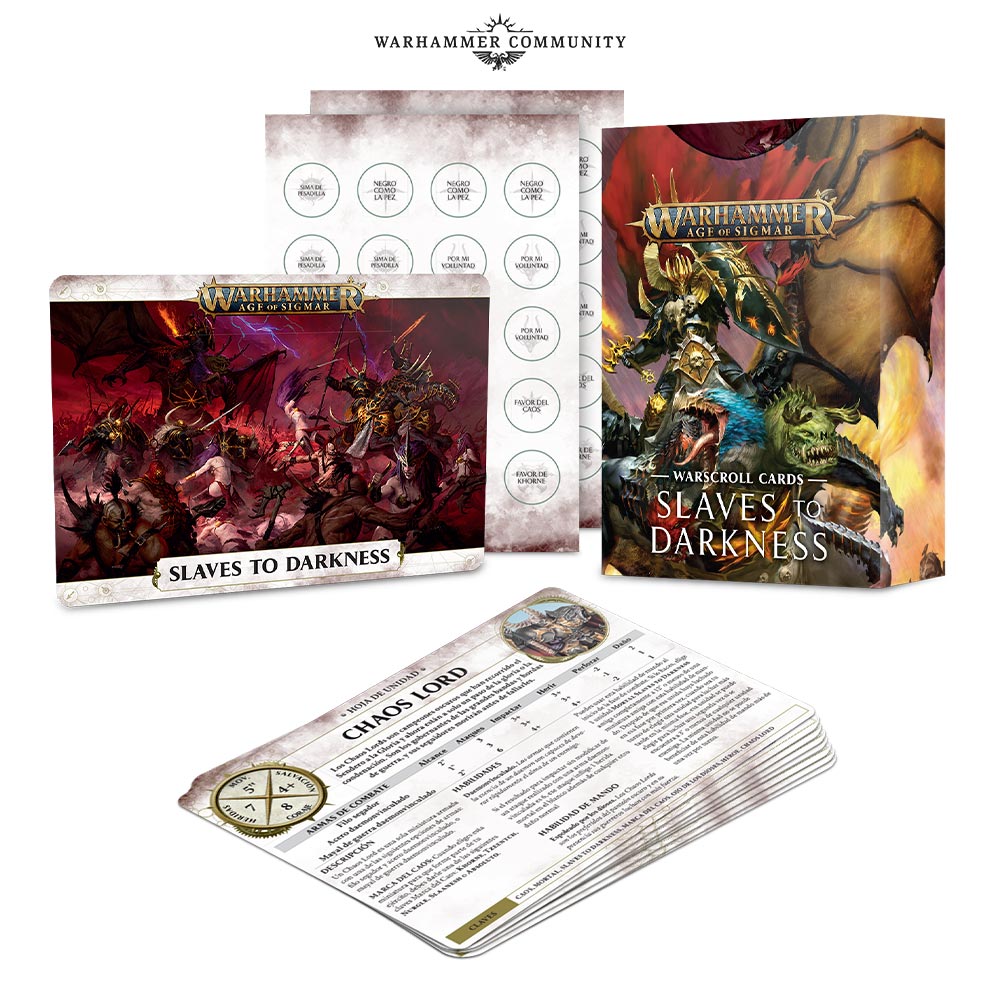 Your armies are going to need some suitably sinister scenery to battle across if you want to impress the Dark Gods. The modular Azyrite Shattered Plaza and Ruined Chapel kits fit the bill nicely, with nods to the defilement the Everchosen brings to the Mortal Realms.

The biggest team in the game is ready to throw their weight around on the gridiron. The Fire Mountain Gut Busters are up for pre-order right now, along with the matching double-sided Ogre Team Pitch, stone-effect dice, and Ogre Team Card Pack. 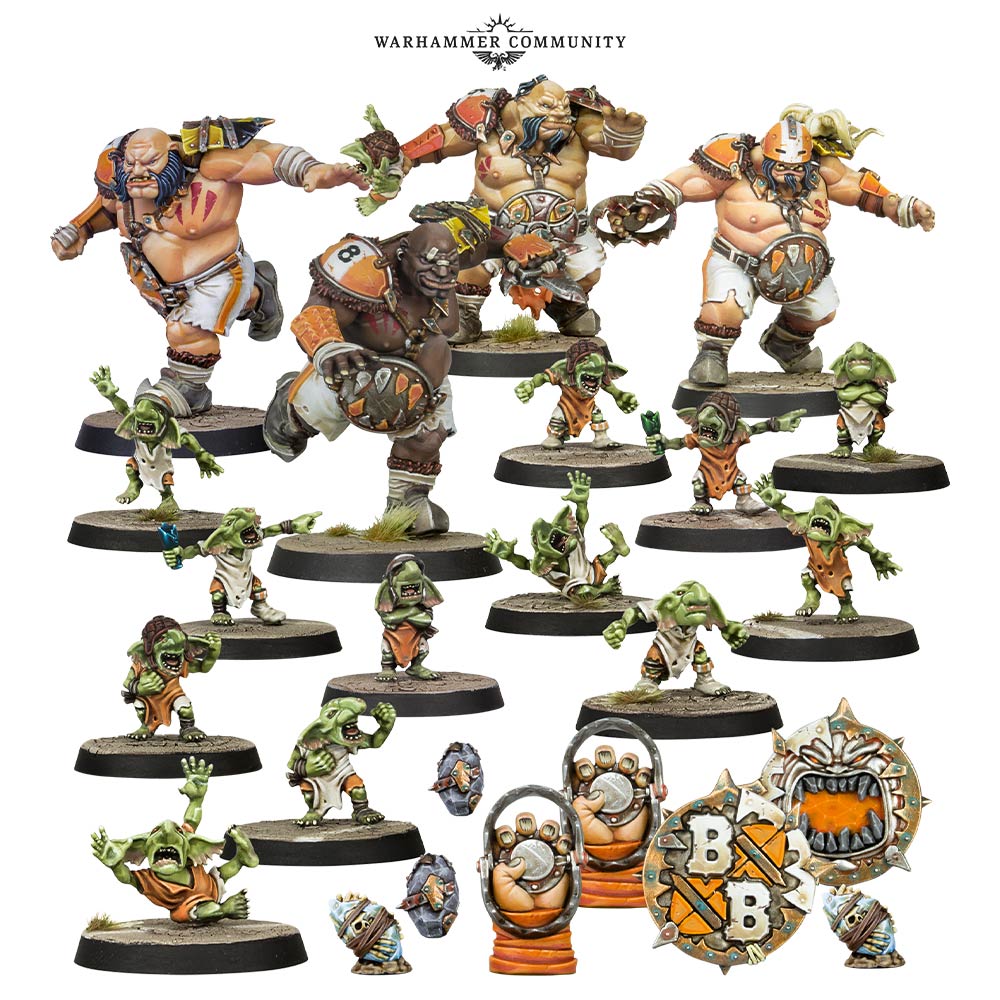 You’ll also need a copy of Spike! Journal Issue 8, covering not only the Ogre team rules and stats, but also guidelines for any team to Induce Slave Giants – yes, it’s exactly as fun as it sounds! 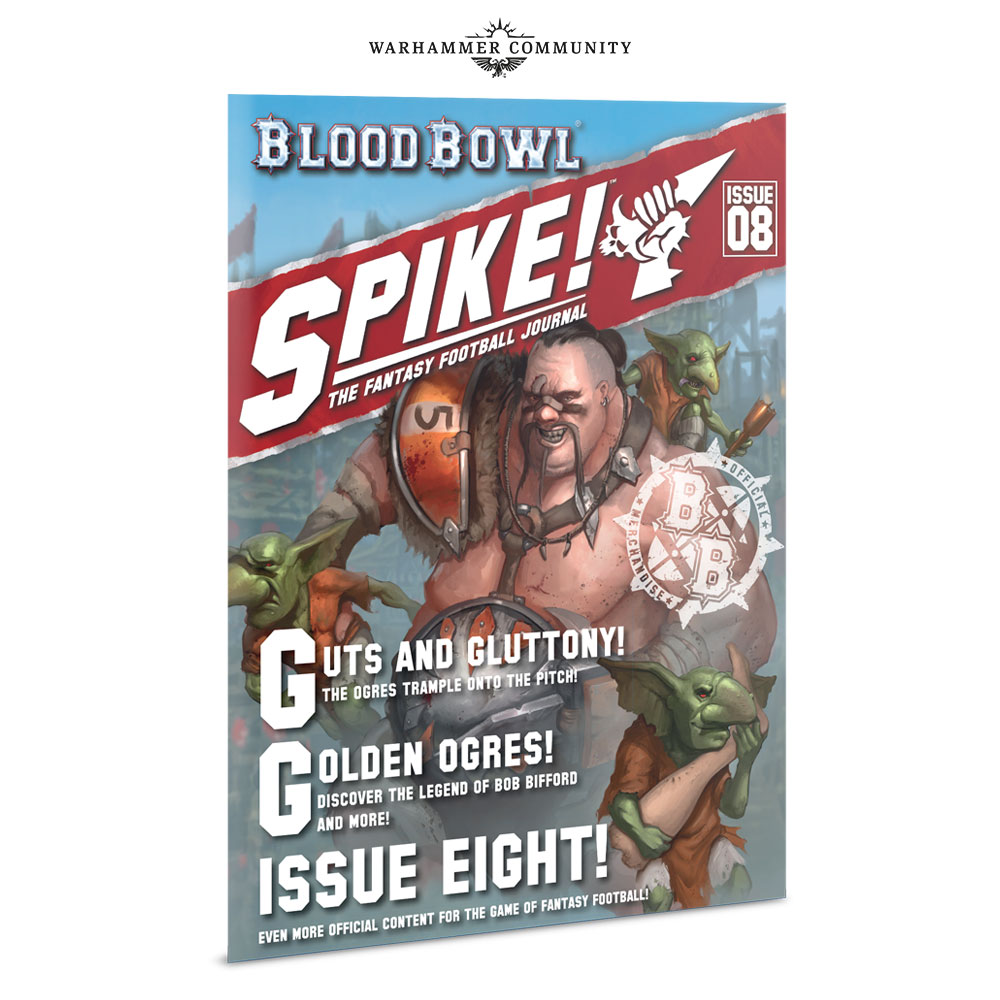 You’ll also be able to expand your team with this resin Ogre Team Booster, with two new Ogre sculpts and one additional Gnoblar – this one’s got a leg up on the rest! This kit will bring you to the maximum number of Ogres you can fit in one team. 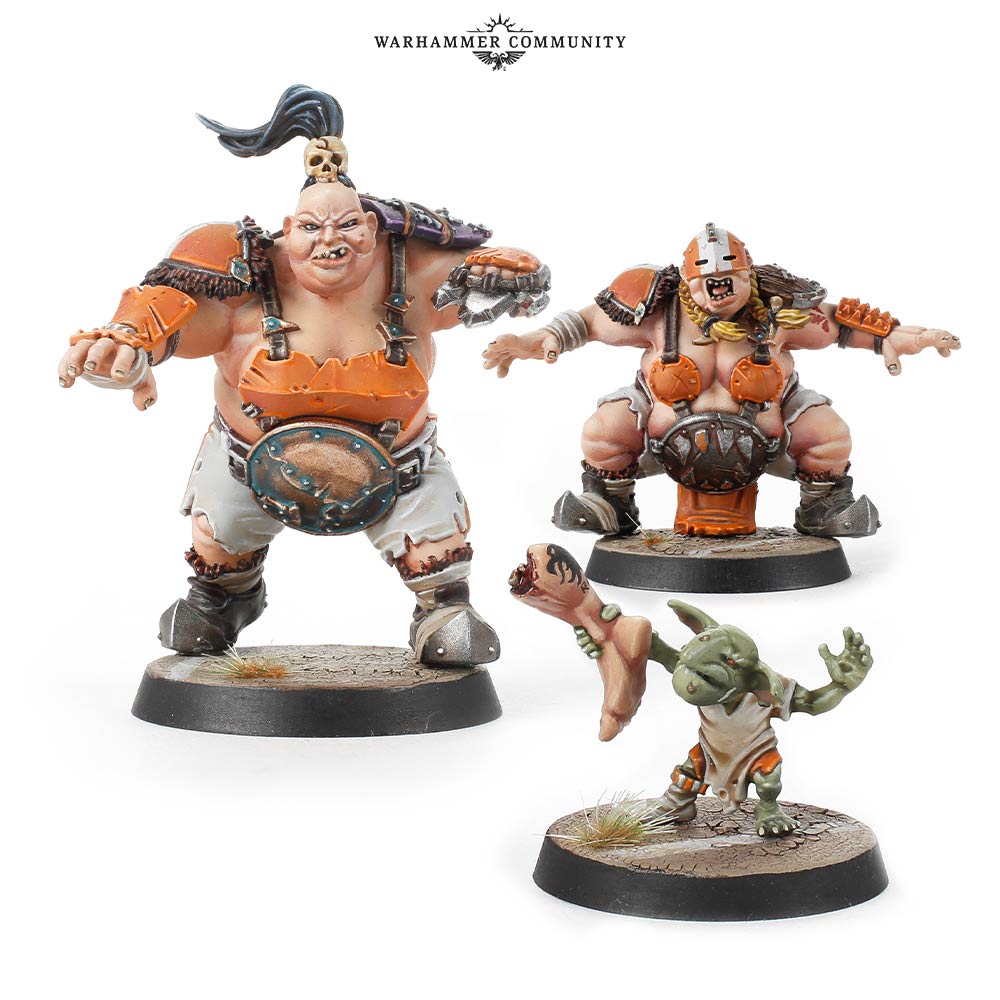 Every Blood Bowl coach will be excited to know you can order the hardback and digital editions of the essential Blood Bowl Almanac 2019 right now. Stuffed to the rafters with all the content from the four latest issues of Spike! Journal – covering Undead, Halfling, Wood Elf and Lizardmen teams – plus an updated FAQ and list of Star Players. 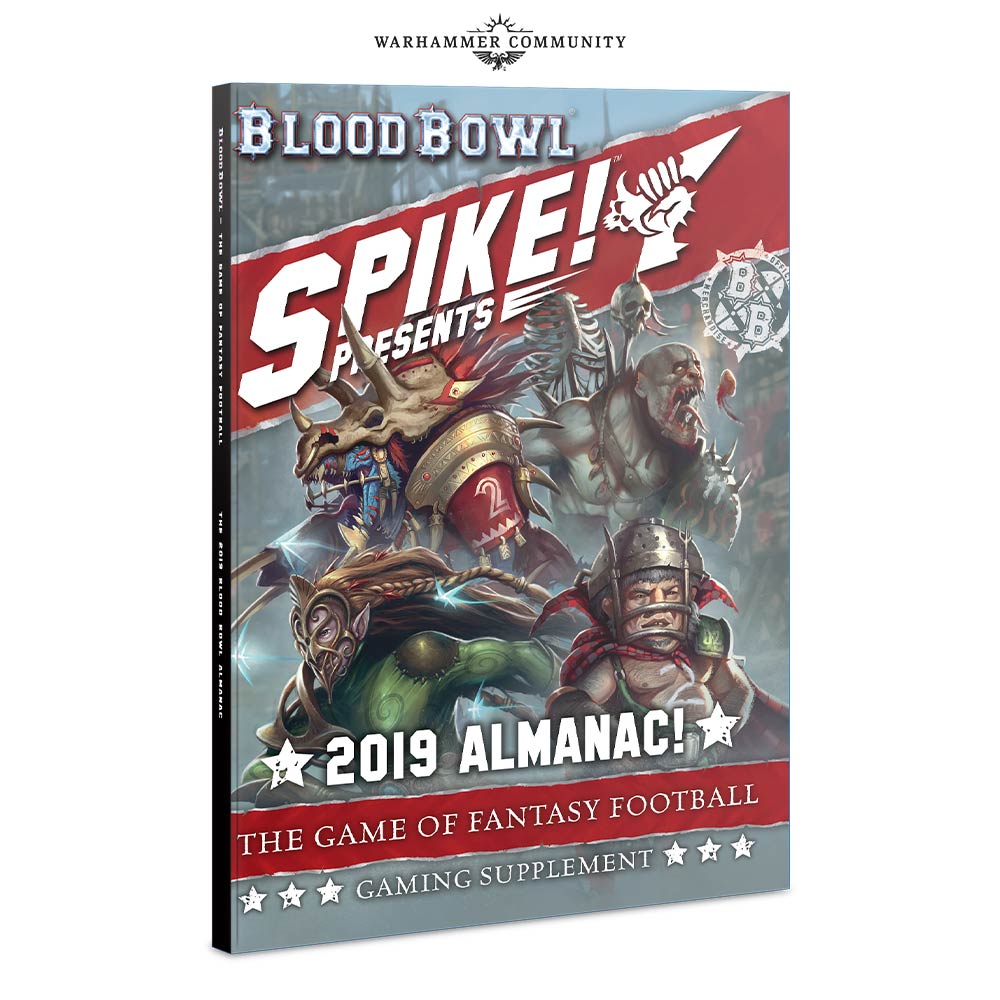 The new supplement for the Middle-earth Strategy Battle Game is available for pre-order today. This essential guide contains new rules for Rohan, Isengard, Dunlending and more. These pages are loaded with missions, new ways to play your games – including sieges – and in-depth histories of the Riddermark and the Eorlingas. 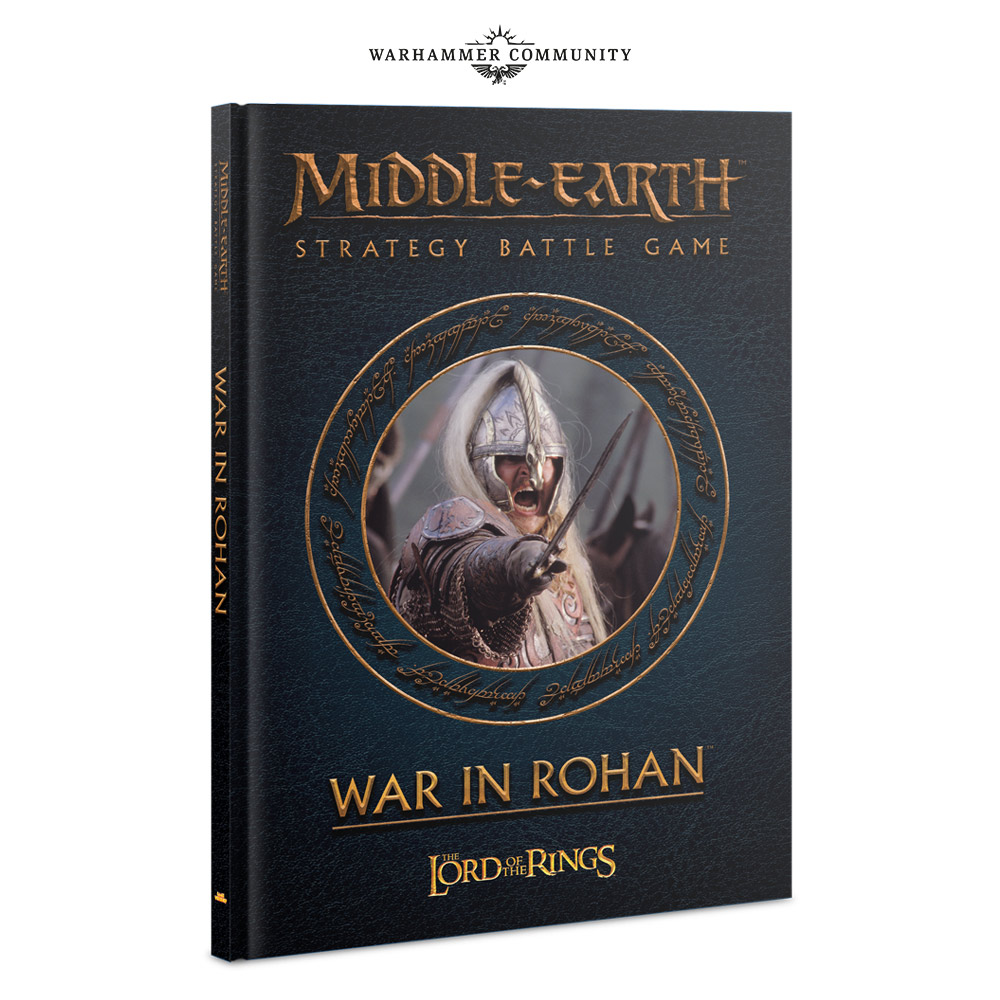 To celebrate this supplement, you can pre-order new modular scenery kits to create fantastic-looking Rohan villages and strongholds on your table, complete with houses, great halls, and defensive structures. 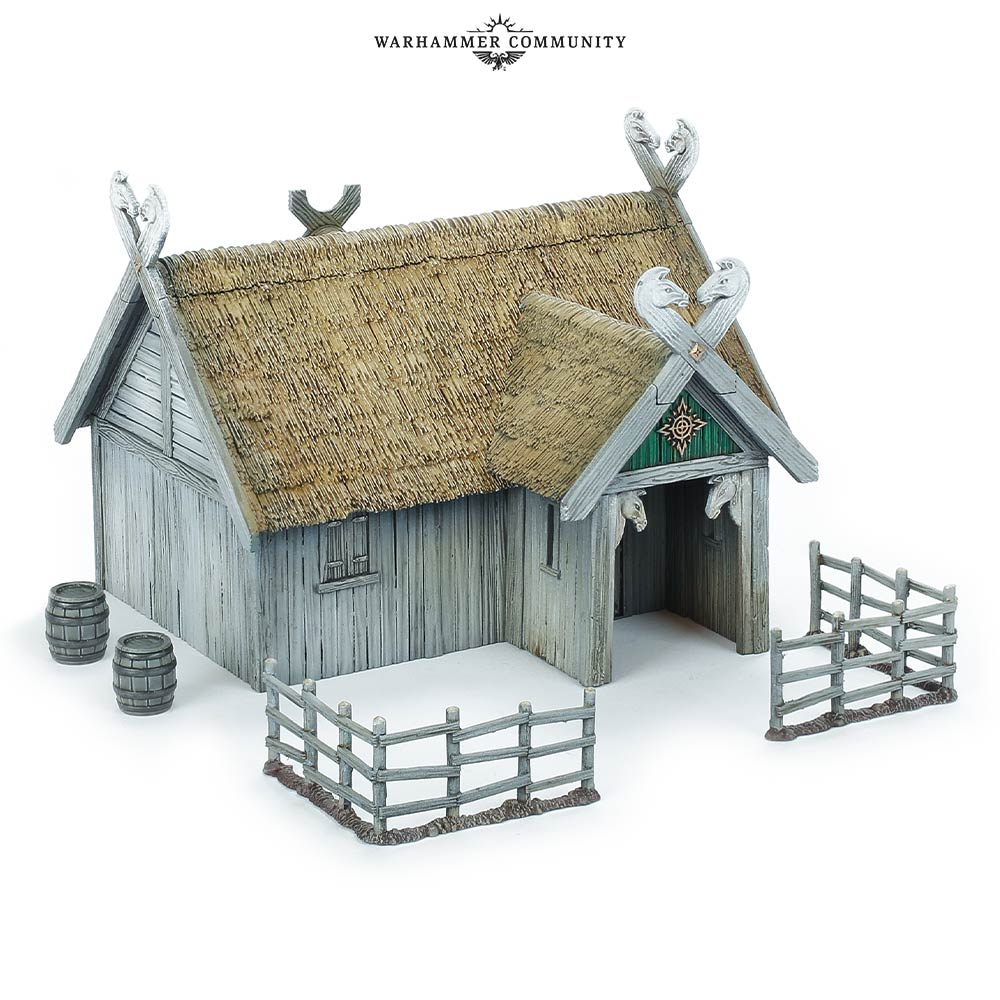 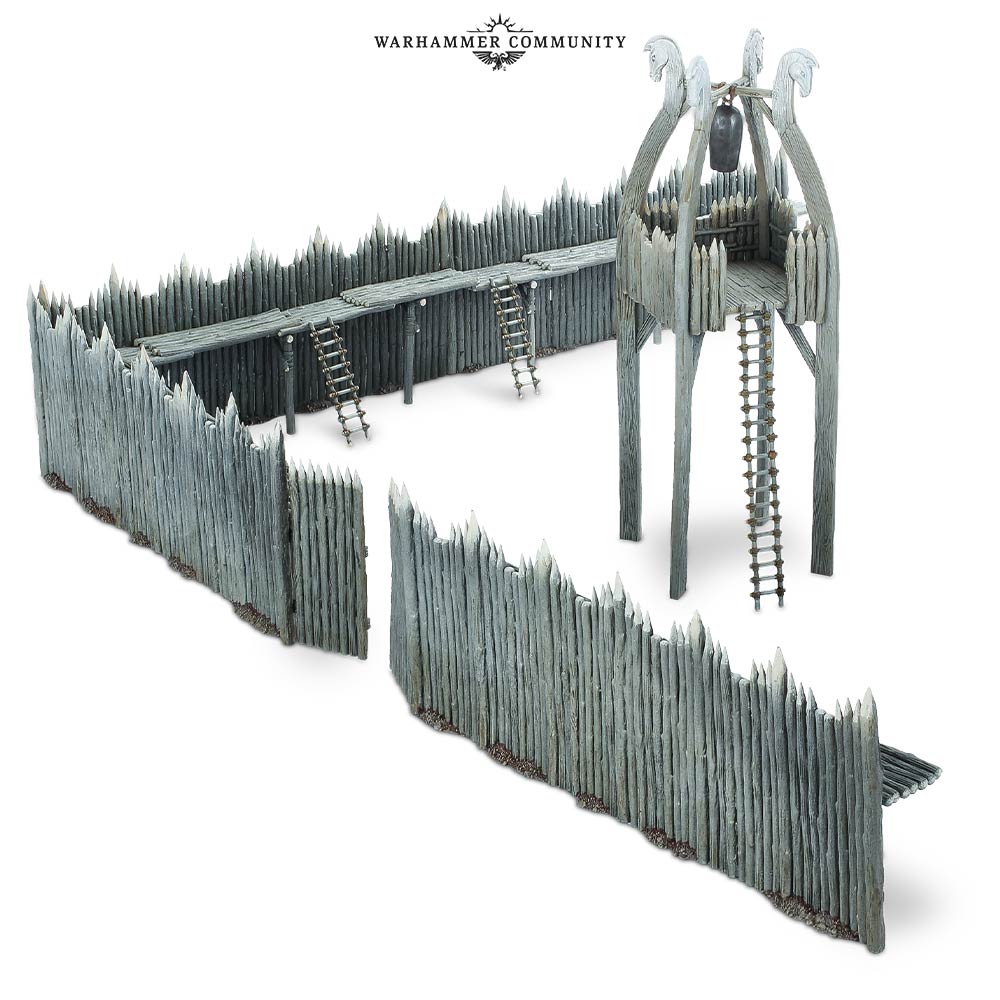 If you’d rather raze the villages of Rohan to the ground than defend them, the new plastic kit with Saruman the White – both mounted and on foot – as well as Grima Wormtongue and a Palantír, is all but essential to lead your Isengard armies. 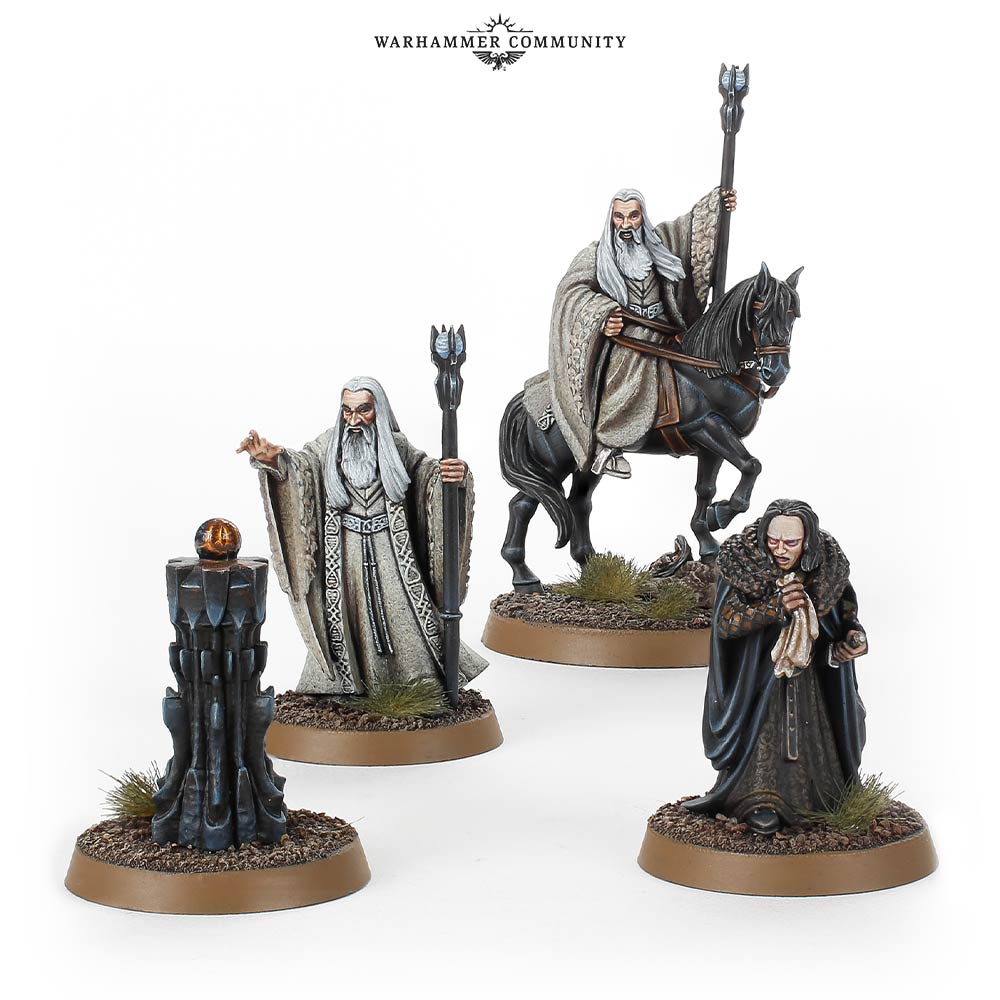 Speaking of those armies, we’re bringing back a whole host of kits that represent units in this book, like Prince Théodred, Feral Uruk-hai, and Dunlending Warriors. 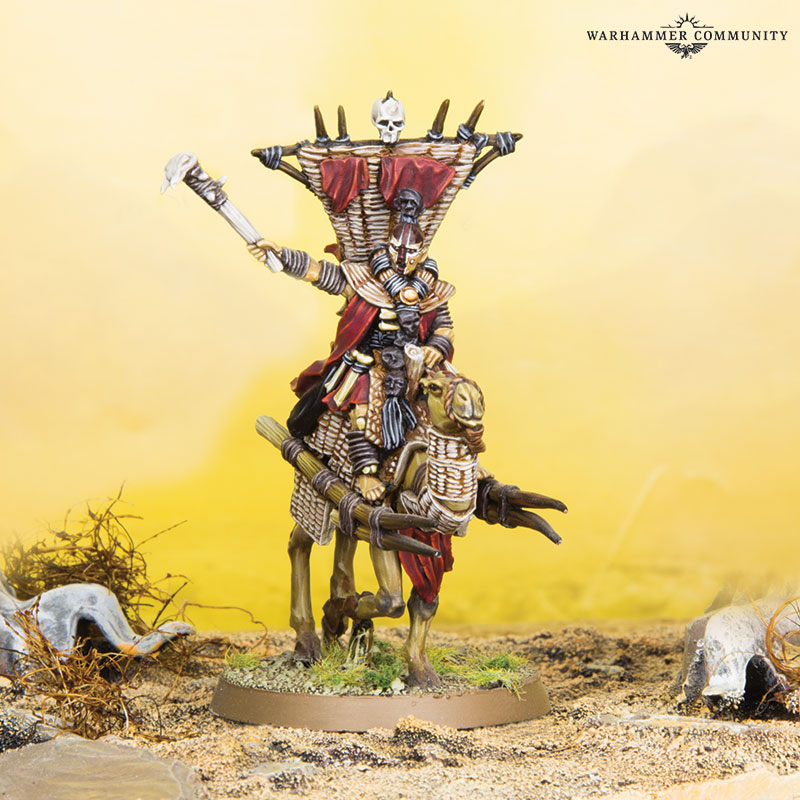 In a tangentially related topic, a few weeks ago we mentioned that some of the Middle-earth kits would be cycling out of the range to make way for all the new and returning goodies. Right now that’s taking place, with the following kits sailing into the west – at least for now:

While some (or all) of these may return to the range in the future, if you want to add them to your collect in the near future, pick them up right now while stocks last.

Grots Take to the Skies

Pre-order these fat-bellied Grot Bommers to reinforce your Air Waaagh! with the first Autonomous Weapons in the game. Tiny little grots flying tiny little aeroplanes packed with explosives! What’s not to love about that? 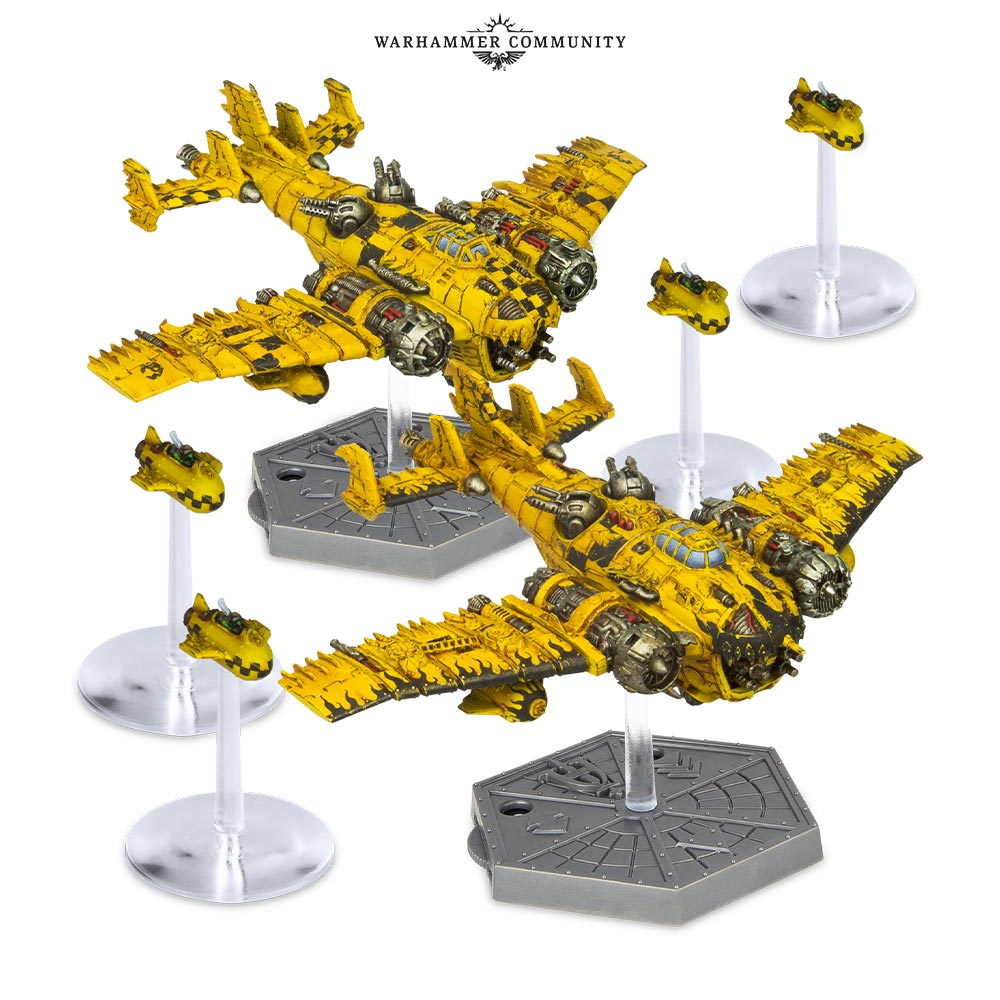 Warcry’s Tome of Champions is available to pre-order today, including rules for new ways to play, fresh campaigns, side-quests and lots more.

You’ll also find rules for every warband that was originally released in the card packs, including Stormcast Eternals! Everyone who enjoys this action-packed skirmish game will find something to get excited about in this book. 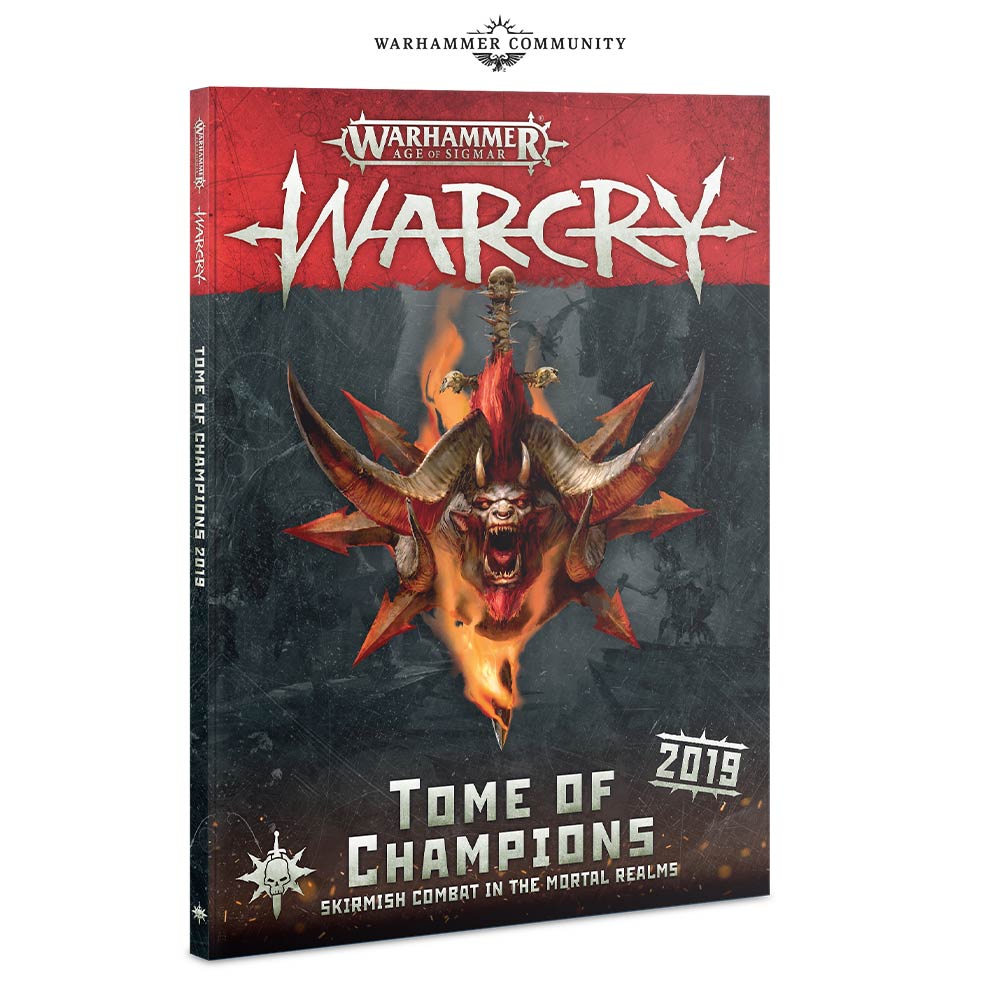 Expand your games of Warhammer Quest: Blackstone Fortress with this essential compilation of rules from White Dwarf, new content to make your games even more challenging, plus a new high-stakes side quest to hunt down the Daemonkin – powerful enemies that have recently arrived in the Blackstone Fortress. 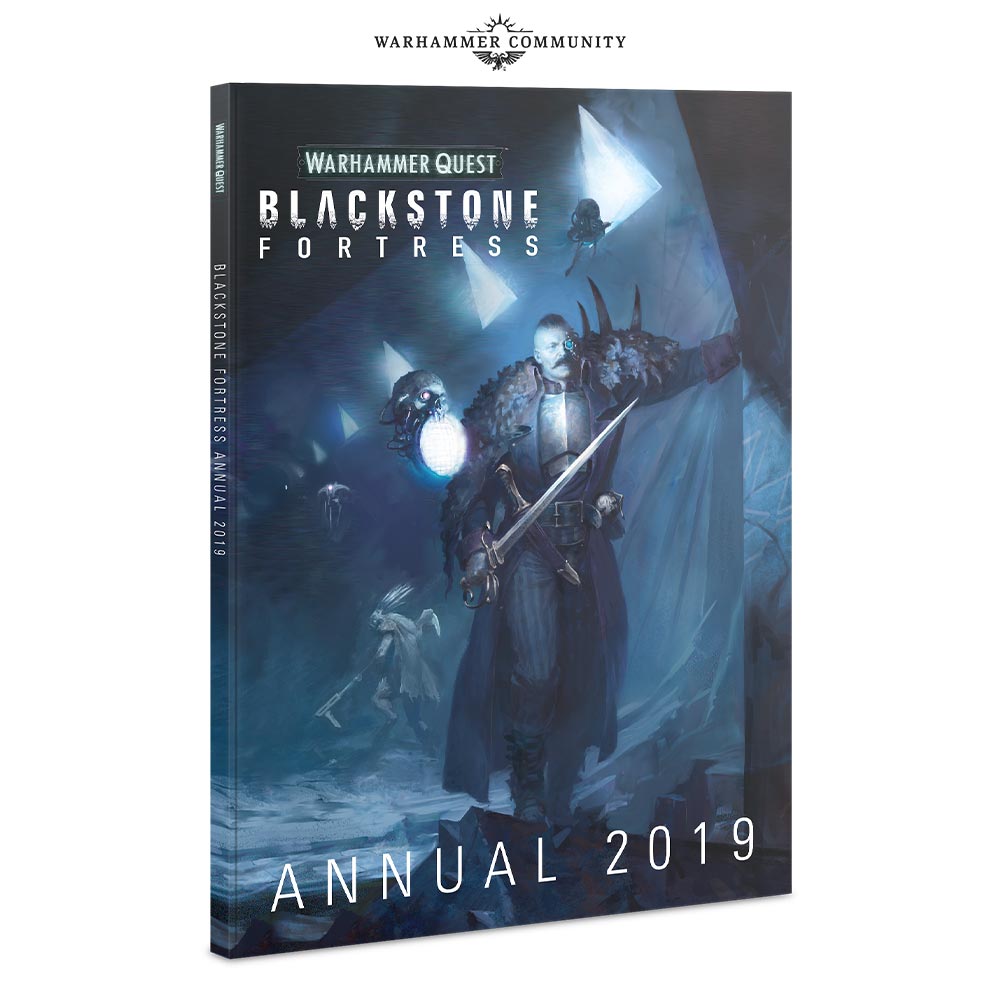 Gamers and collectors of all stripes are sure to find something in this gargantuan list they just need to have. All of it’s up for pre-order right at this very moment – so get out there and grab some new goodies or some gifts for the Warhammer fans on your shopping list!

This week sees a host of heroes for Warhammer Age of Sigmar available on their own for the first time, …

From the Mind of Mengel: Spire Tyrants

Learn to paint the Spire Tyrants with the latest guide from Warhammer maestro Tyler.