Of the many heroes forged in the fires of the Third War of Armageddon, few command such reverence as High Chaplain Grimaldus, ‘Hero of Helsreach’.

Both High Marshal Helbrecht and the Emperor’s Champion have crossed the Rubicon Primaris, so it was only a matter of time before the Black Templars’ firebrand High Chaplain followed suit.

He may be clad in a shiny new suit of Mk X Tacitus Armour, but the detailing is full of callbacks to his classic miniature. From the bonding studs in his greaves to the candles on his backpack, Grimaldus is dripping in nostalgia and looking sharper than ever before. 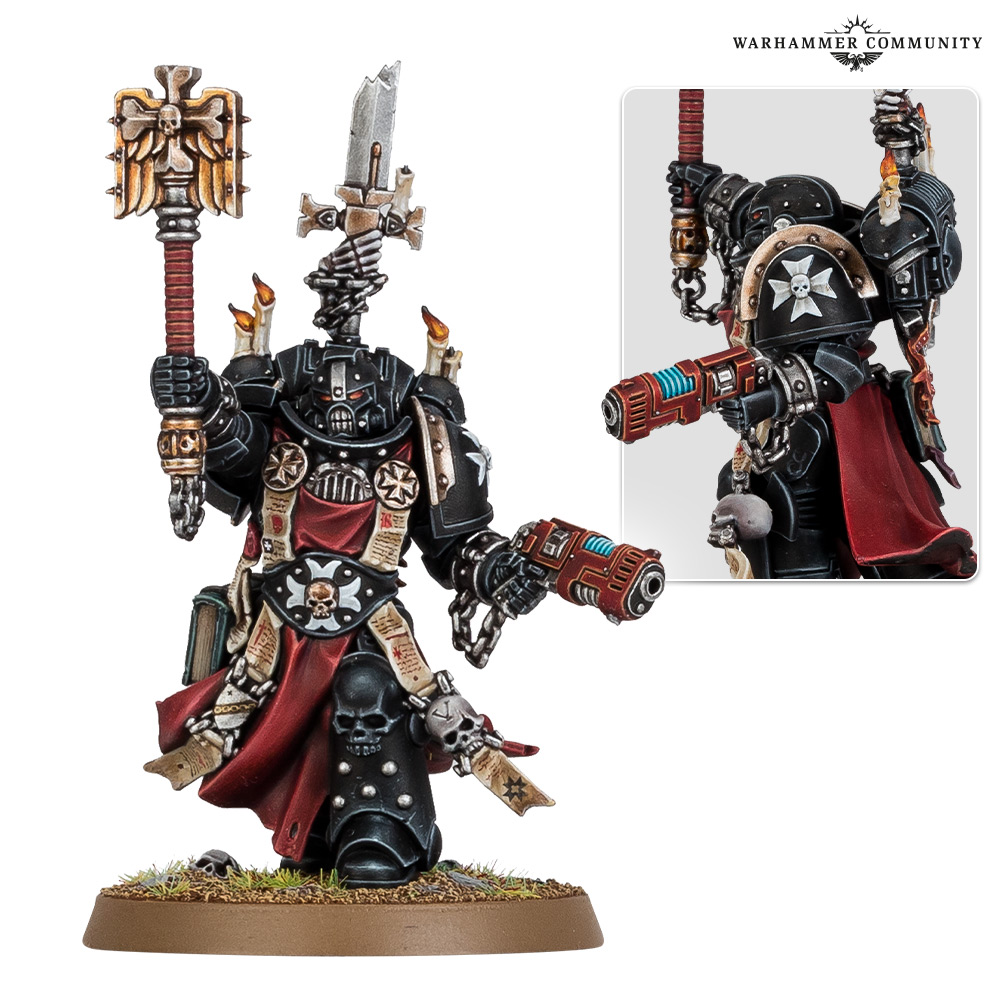 Grimaldus earned his title during the siege of Helsreach, when a millions-strong Ork horde fell upon the hive city. After months of intense fighting, the survivors fell back to the Temple of the Emperor Ascendent where they held the Orks at bay until the building itself collapsed around them.

Miraculously, Grimaldus pulled himself from the rubble carrying three holy relics of the temple. Ever since, he has marched to war with them at his side, carried by a retinue of Cenobyte Servitors. 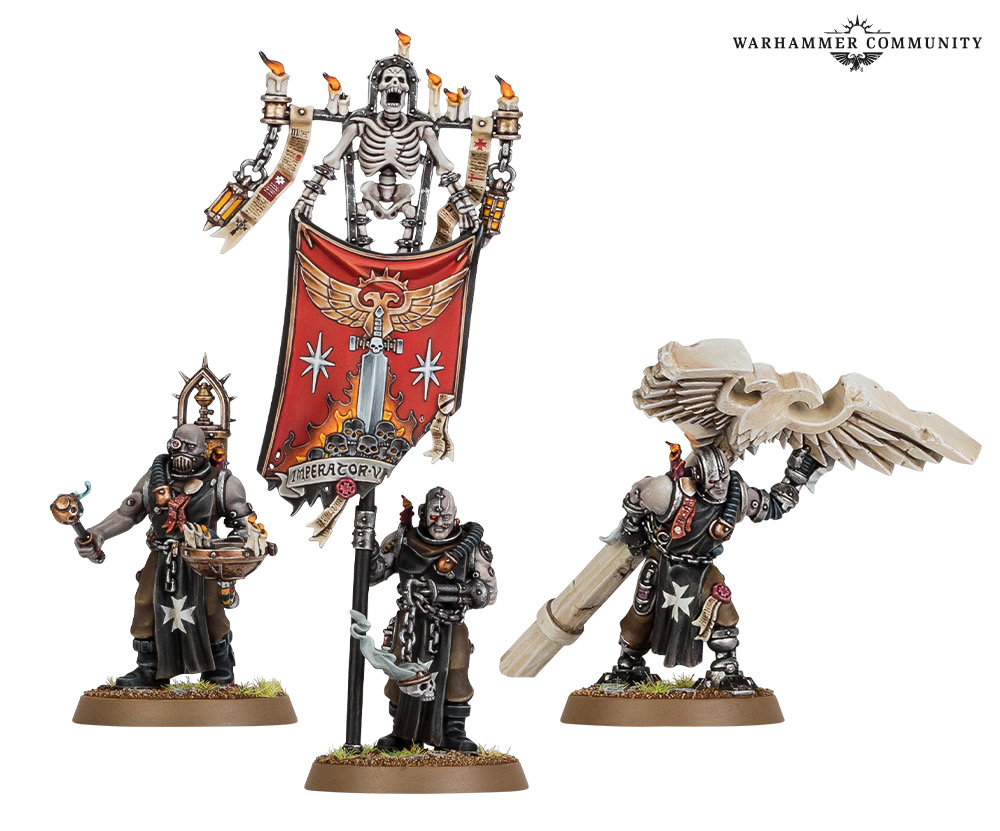 The servitors carry the Banner of Fallen Crusaders, the Sceptre of Anointing, and the Remnant of the Fallen Temple. They form a procession-like unit on the battlefield that rallies the spirits of nearby Black Templars and drives them onward.

Grimaldus surrounded by the relics he saved is an iconic image of the Chapter, and you may even remember their sombre display from an earlier Codex: Black Templar’s classic piece of artwork. 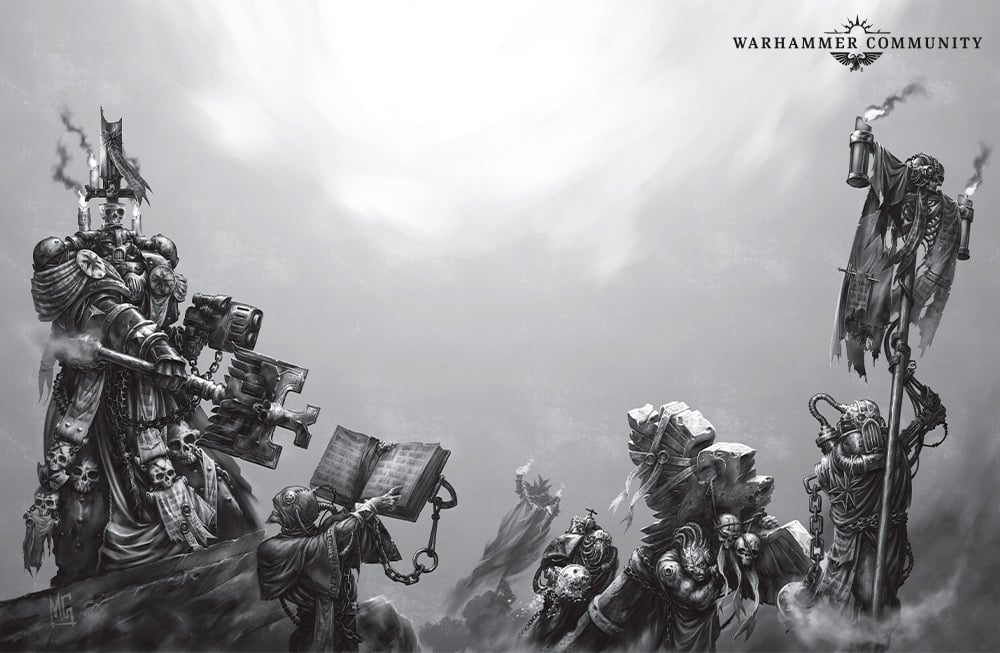 As a Chaplain, Grimaldus is also a dab hand at inspiring his fellow Astartes to fight harder, making him an excellent commander for smaller forces like the one found in the new Black Templars Army Set. 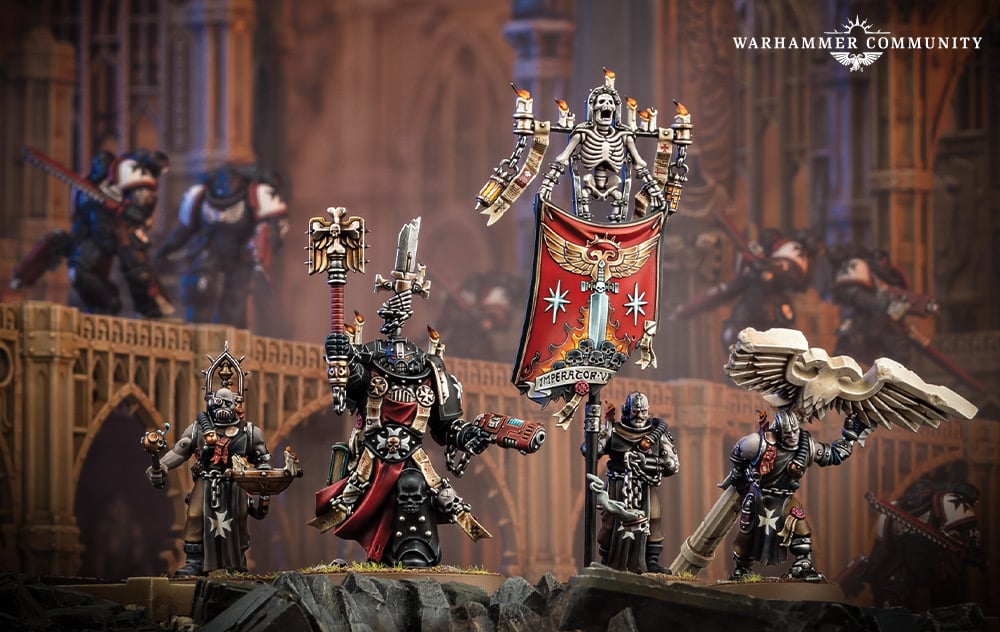 Stay tuned for more information on the upcoming Black Templars releases – and to have the freshest news delivered straight to you, sign up for the newsletter today.

We Built the Most Bellicose, In-your-face Black Templars Army List Ever – Heretics Beware!

Hot on the heels of the Black Templars Army set come the rest of these grim questing knights.

The design team explains how they modernised the most hidebound Chapter of all.