Forge Your Own Stormhost and Cheat Death With Battletome: Stormcast Eternals 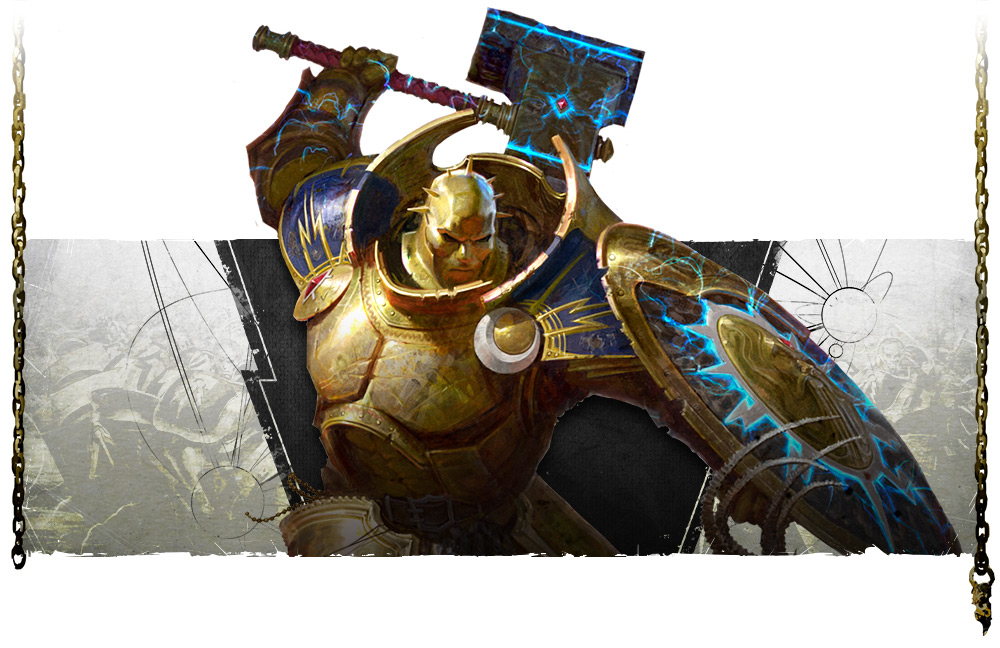 Your army is never just a collection of random models – it’s a mighty band of grizzled veterans, a baleful legion of the vengeful dead, or a brutal Waaagh! shaking the very foundations of the Mortal Realms. For narrative-minded gamers, the Path to Glory system in the new edition of Warhammer Age of Sigmar is an absolute goldmine of thematic rules that you can use to forge your own journey through the realms.

The Stormcast Eternals battletome comes up for pre-order this weekend, and it’s a taste of what you’ll find in each and every new battletome coming down the pike. 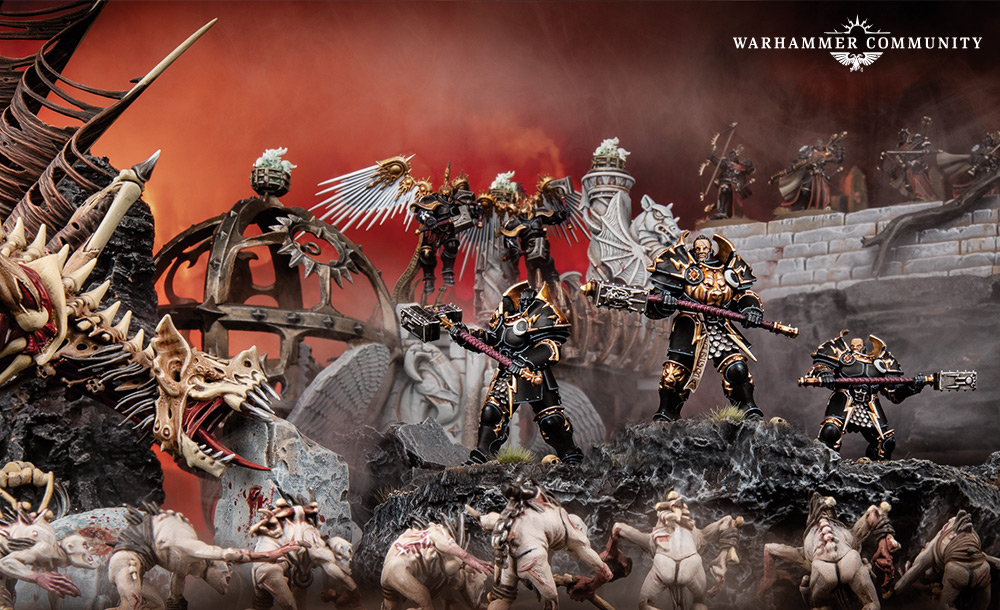 The Path to Glory system gives every army a unique flavour. You’ll start off as a small force, but as you play more games your troops will earn boons, suffer lasting injuries, and grow their territory and power.

We corralled Sam Pearson from the Warhammer Studio to explain how the battletomes for this edition switch up the Warhammer Age of Sigmar experience for each faction. Inside each book, you’ll find new quests, veteran abilities, territories, and heroic upgrades, to name a few.

“The main aspect of the Stormcast Eternals’ background we wanted to capture was the reforging of fallen Heroes,” Sam explains. “This allows them to circumvent death, but there is a price. Once they’ve been reforged too many times their soul begins to fracture – which limits the amount of renown they can earn from battle.”

This is something that’s been a part of their background since day one – and now it’s a very flavourful rule that only the Stormcast have access to. Your fallen general can literally return to the fight – but at what cost? 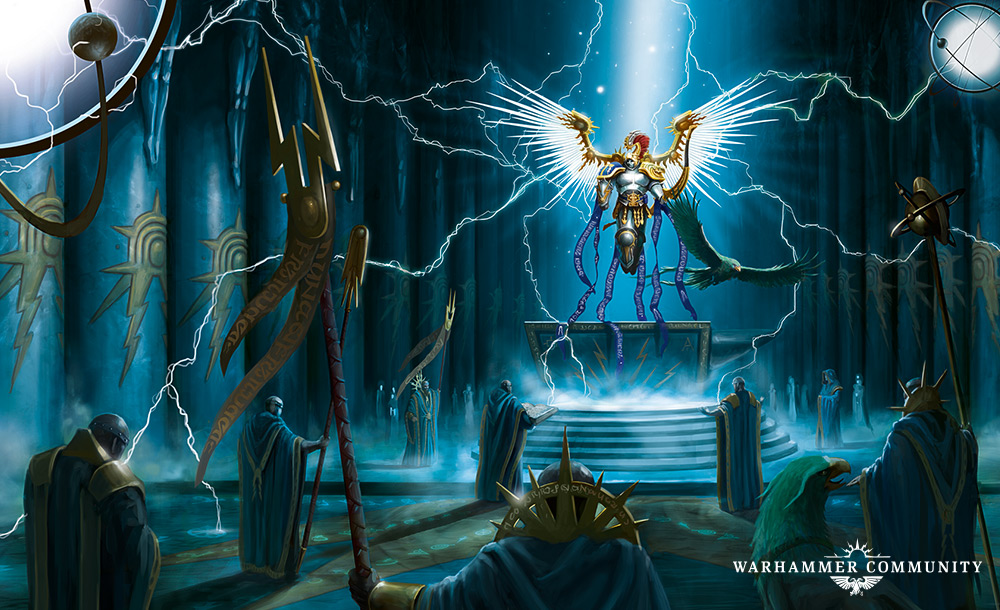 In another first for Warhammer Age of Sigmar, you can now found your very own Stormhost with three core tenets each broken down into nifty individual options. Choose two allegiance abilities that fit the background you want, and you can tailor your army to your preferred play style. 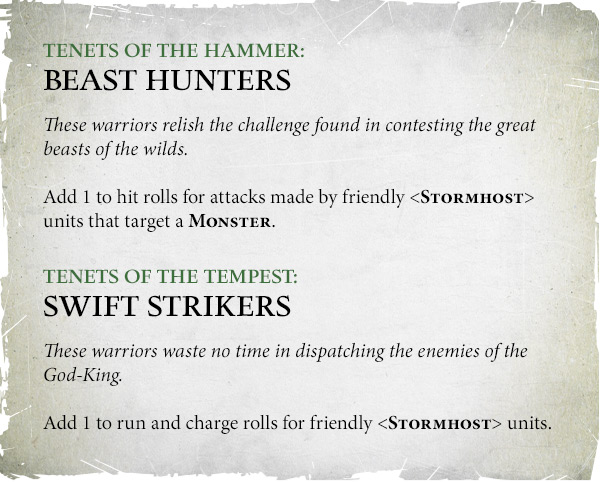 Unleash this force into Ghur, and watch them cull the rampaging hordes of orruks with ease.

Creating your own Stormhost isn’t the only way to build up a story for your warband, of course. The Quest system means every game matters, as your army earns a reputation in the crucible of battle.

It also allows the game’s designers to make specific goals for each faction, emphasising their traits and rewarding you for echoing their roles in the background in your games.

One of the most reliable ways for Stormcast Eternals to advance is to defeat the forces of Chaos, for example. 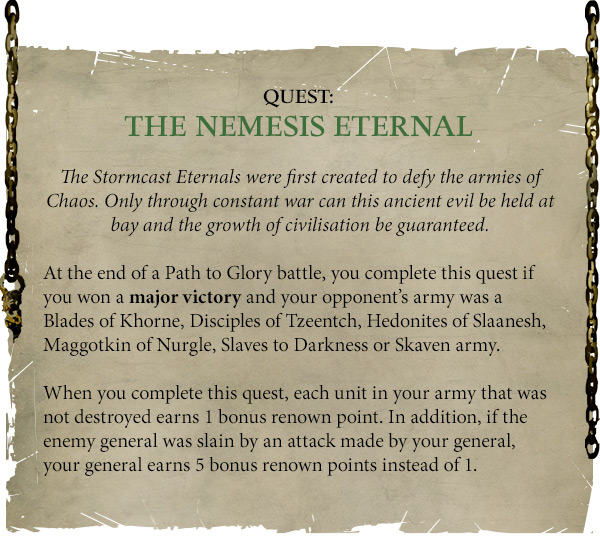 And get a load of that reward for having your general slay their counterpart. What’s more epic than the God-King’s own champion striking down the foul leaders of the ruinous powers?

During your campaign, your army will put their hard-won experience to use after every battle. Sam says: “As your units gain ranks, they can earn unique veteran abilities found in your battletome as well as any of the ones in the Core Book. Many of these tie closely into the allegiance abilities of an army.” 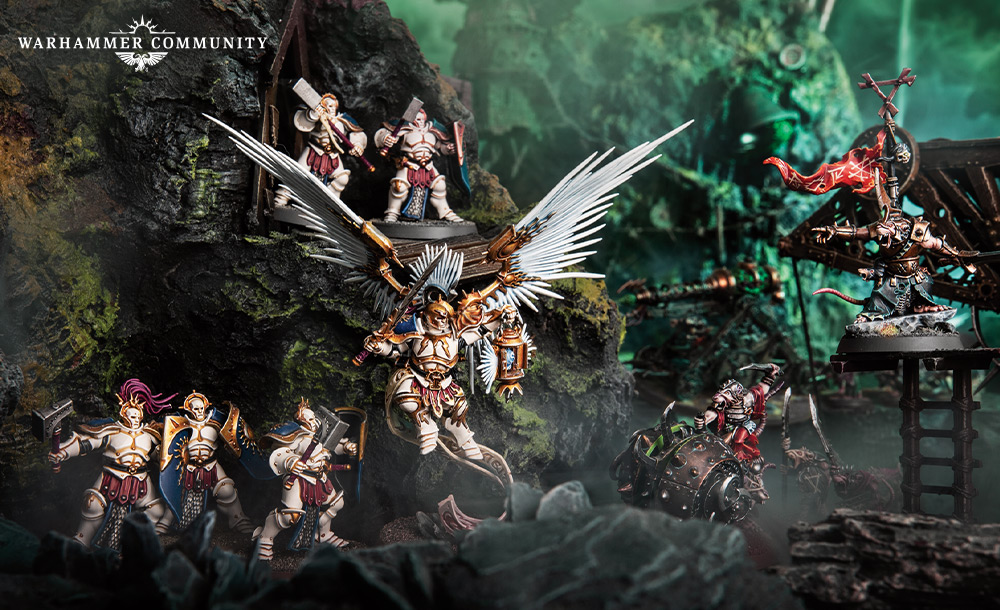 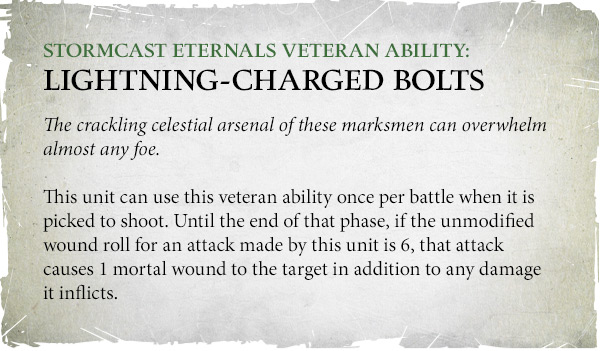 Your foes won’t know what’s hit them as Sigmar’s celestial archers jolt them and cause bonus mortal wounds.

Your Heroes can also cash in their renown for a promotion. Maybe they’ve got their eye on one of those fancy new dragons?

Save up enough renown points and BOOM! Hot new ride, hotter new sword, and that all-important helmet with a flashy plume. 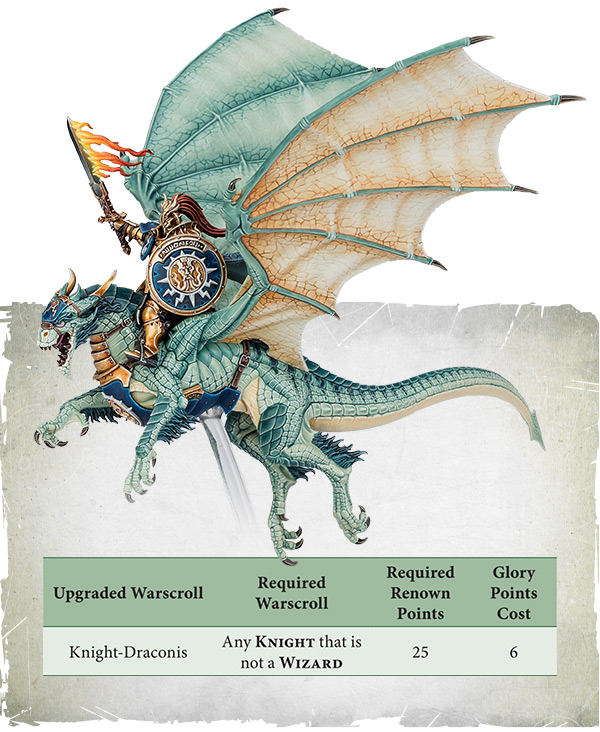 “The Hero keeps the renown they have earned and any enhancements they have, and it allows you to progress from a lowly warrior up to a Hero who’s the stuff of legends,” Sam explains.

There’s a lot of amazing stuff in the Path to Glory section of the new Battletome: Stormcast Eternals, and you’ll soon be mustering your very own fledgling force, ready to prove themselves worthy of Sigmar’s gifts. There’s something for every kind of gamer in this book, and we can’t wait to see what you all think of it.

Have an idea for a really cool Stormhost? Share it with us on the Warhammer Age of Sigmar Facebook page, and remember to check back this Saturday to secure a copy of the new book for yourself.

There’s a glut of Warhammer Age of Sigmar and Blood Bowl goodness for you to pre-order from today.

These powerful abilities will make you want a brand new army to protect the realms with.