Necromunda: Hive War is the Ultimate Way to Start Your Gang Warfare Adventures

The new Necromunda: Hive War boxed set is the perfect way to get started with Necromunda – the fast-paced, violent game of gang warfare set in the grim darkness of the far future. Join us as we lift the lid and explore the incredible contents that will have you fighting to control your own corner of the underhive in next to no time. 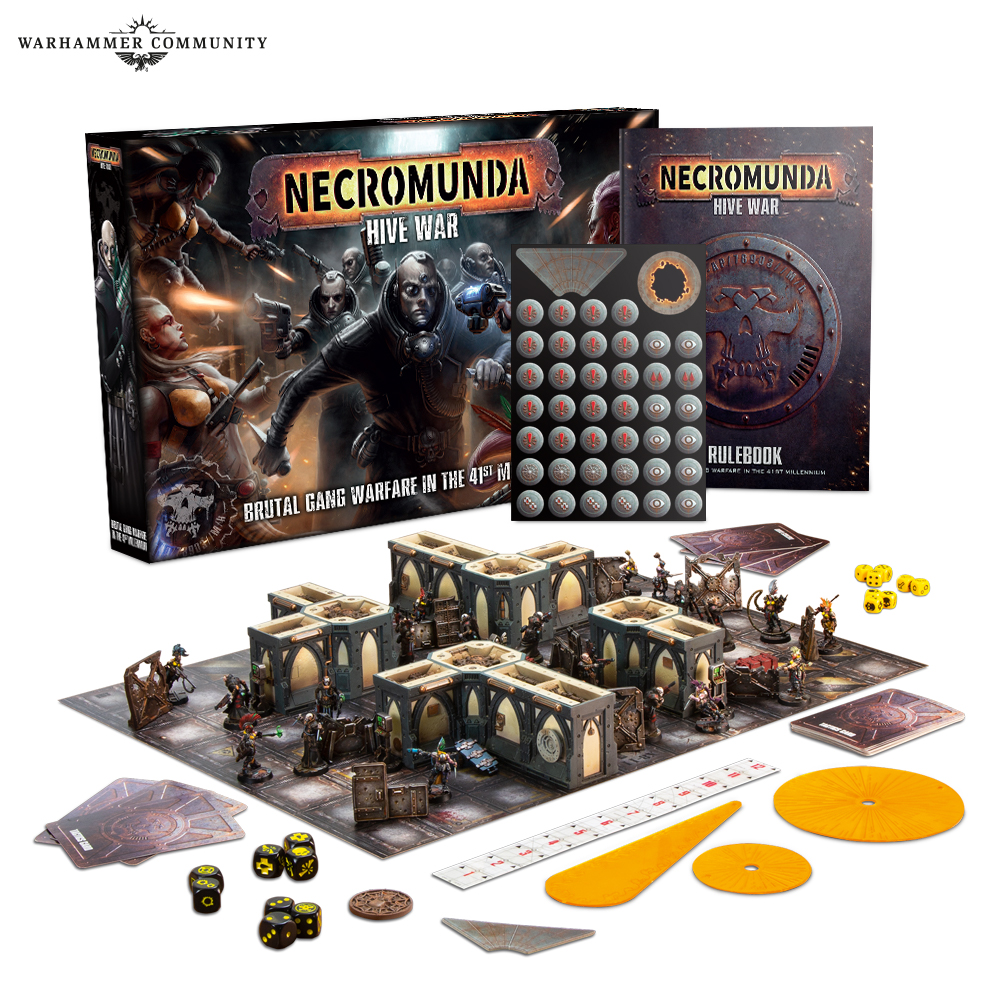 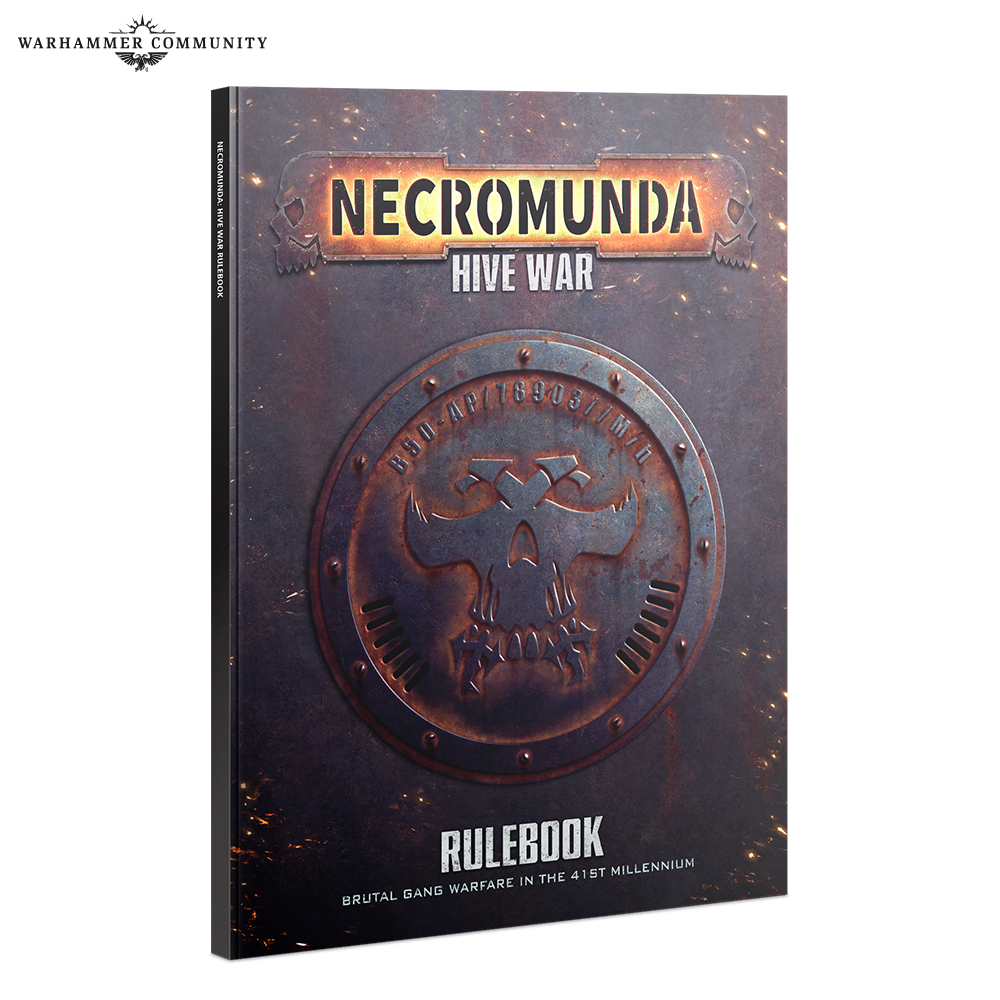 The rulebook found in Necromunda: Hive War is unique to this boxed set. This book has been specially created to make playing the game easier than ever, and it includes all of the tweaks and improvements from all of the errata released since Necromunda came out.

Along with the rules, the book includes six scenarios to help you learn the game, building your confidence until you’re an underhive expert. There are also basic rules for all six of the Clan Houses and their unique weapon lists.* 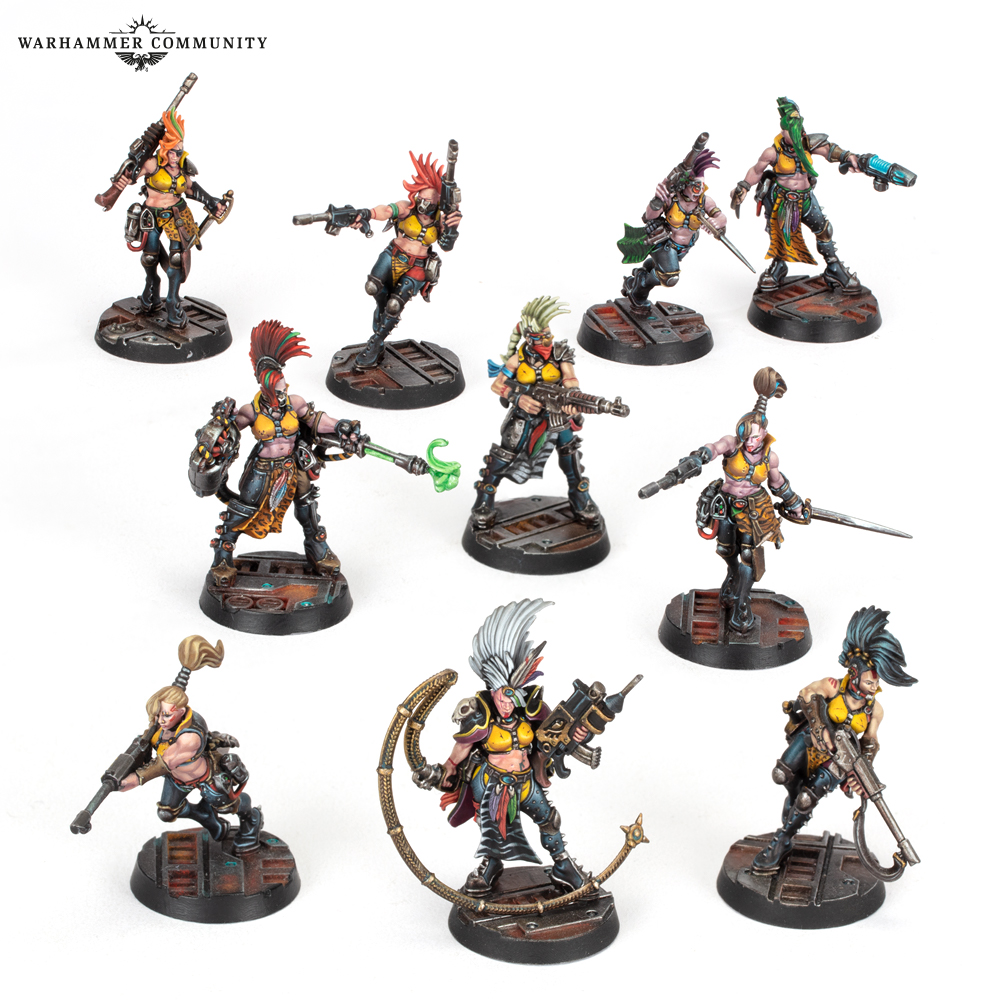 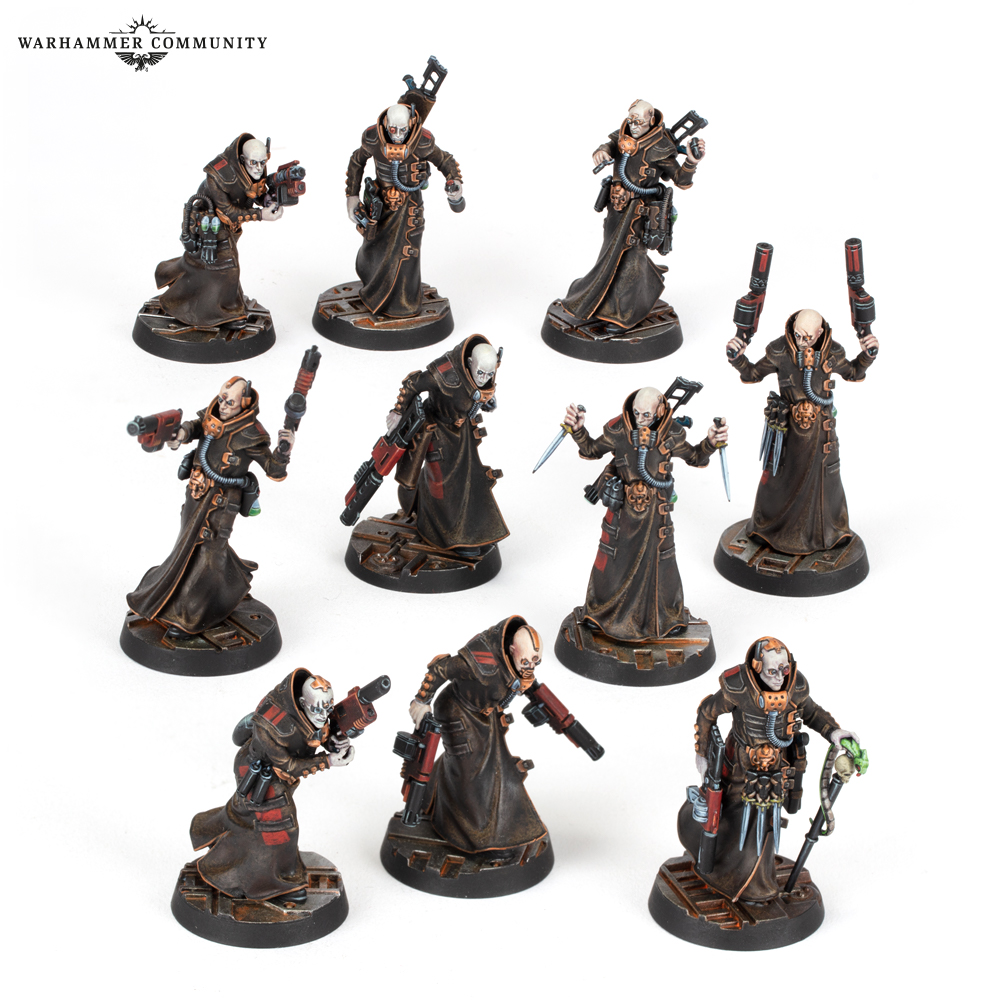 In the box, you get two full gangs to play with. The Escher are swift, bringing deadly poisons and toxins to bear on their enemies. Facing them are the Delaque for whom information is a weapon. Fortunately, they also have plenty of guns, knives, and grenades for the times they need actual weapons to be their weapon.

The models can be assembled as Leaders, Champions, and Gangers for their relevant house, and they come with a selection of weapons and equipment. 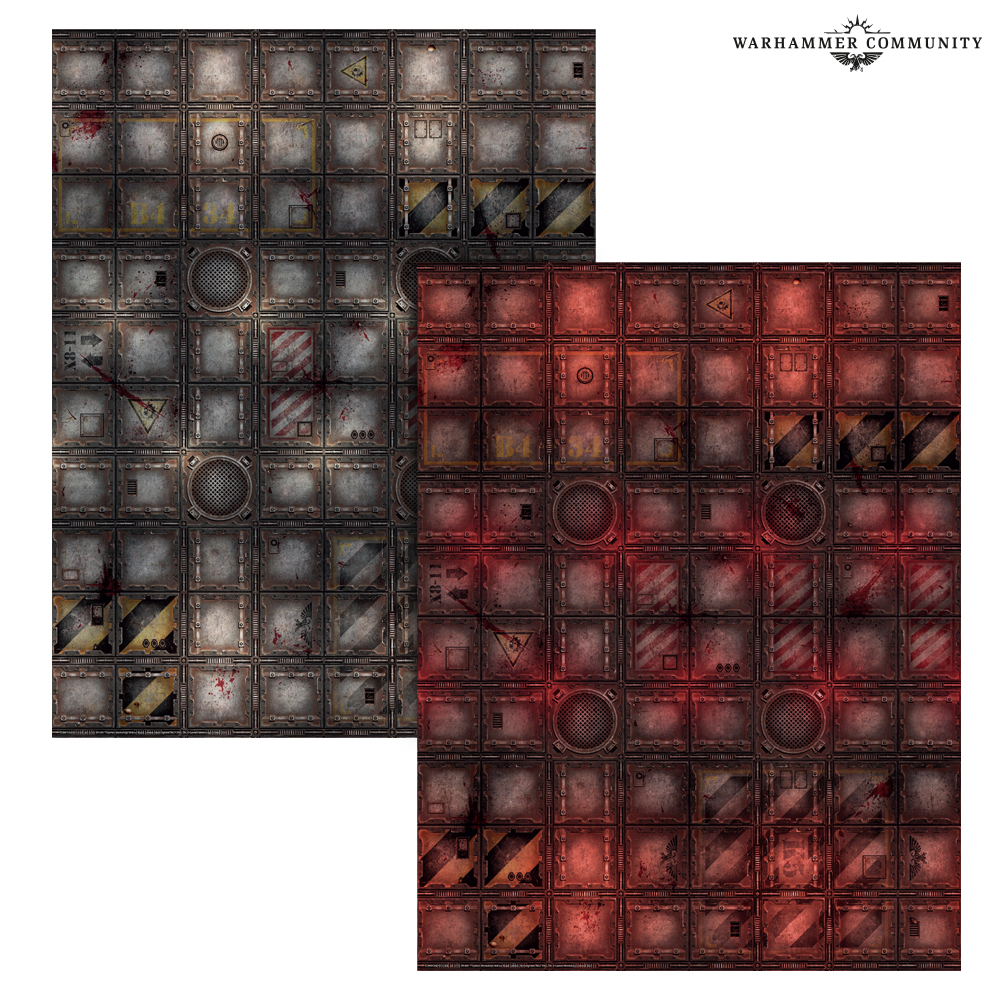 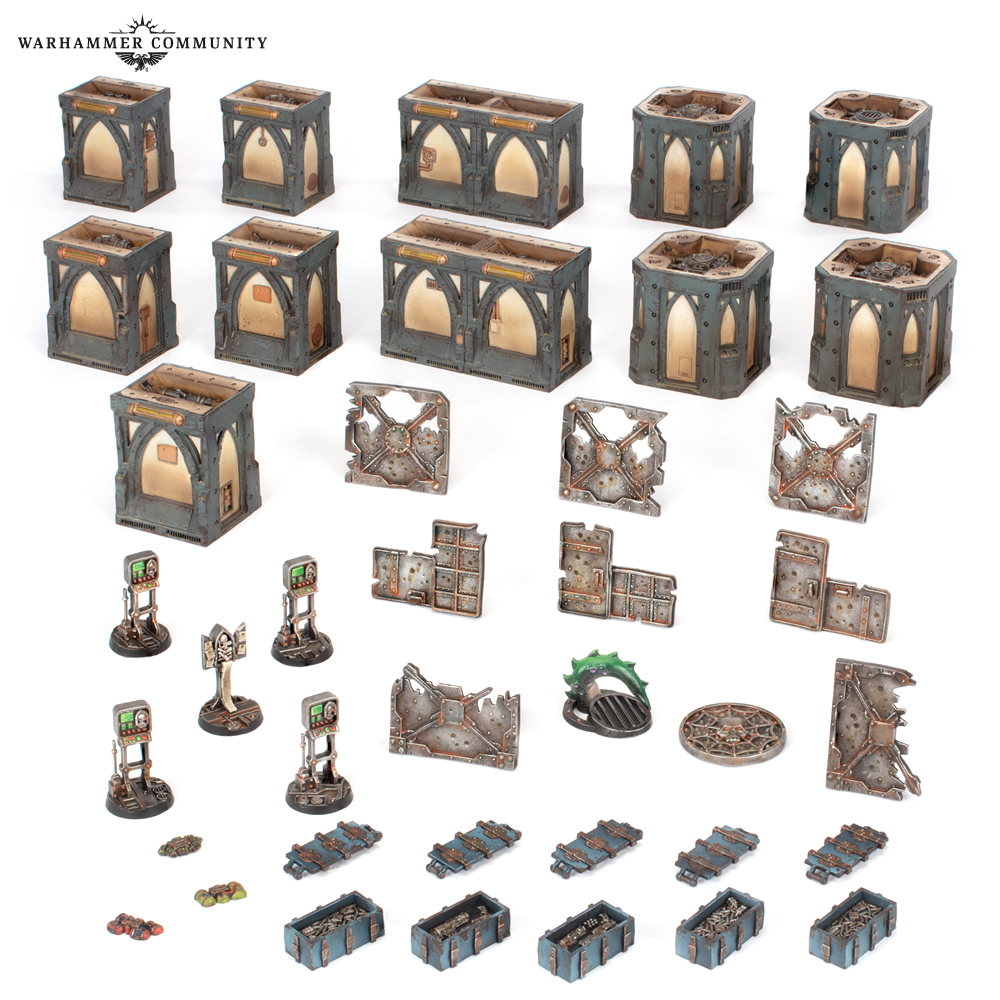 Build your own dark corner of the underhive with all of the terrain in the box. Not only does Necromunda: Hive War give you enough scenery to play through all of the scenarios in the rulebook, but if you decide to expand, it’s all fully compatible with the Zone Mortalis kits, making it simple to grow your games. 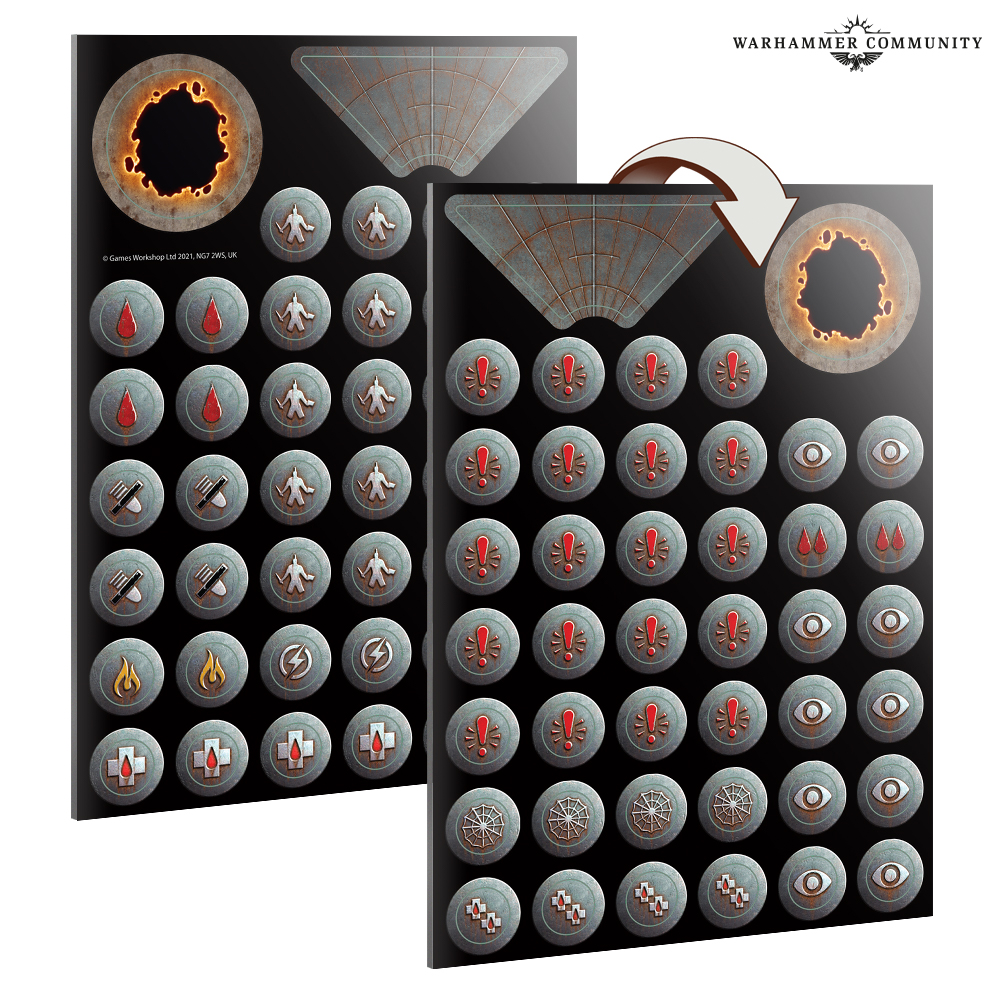 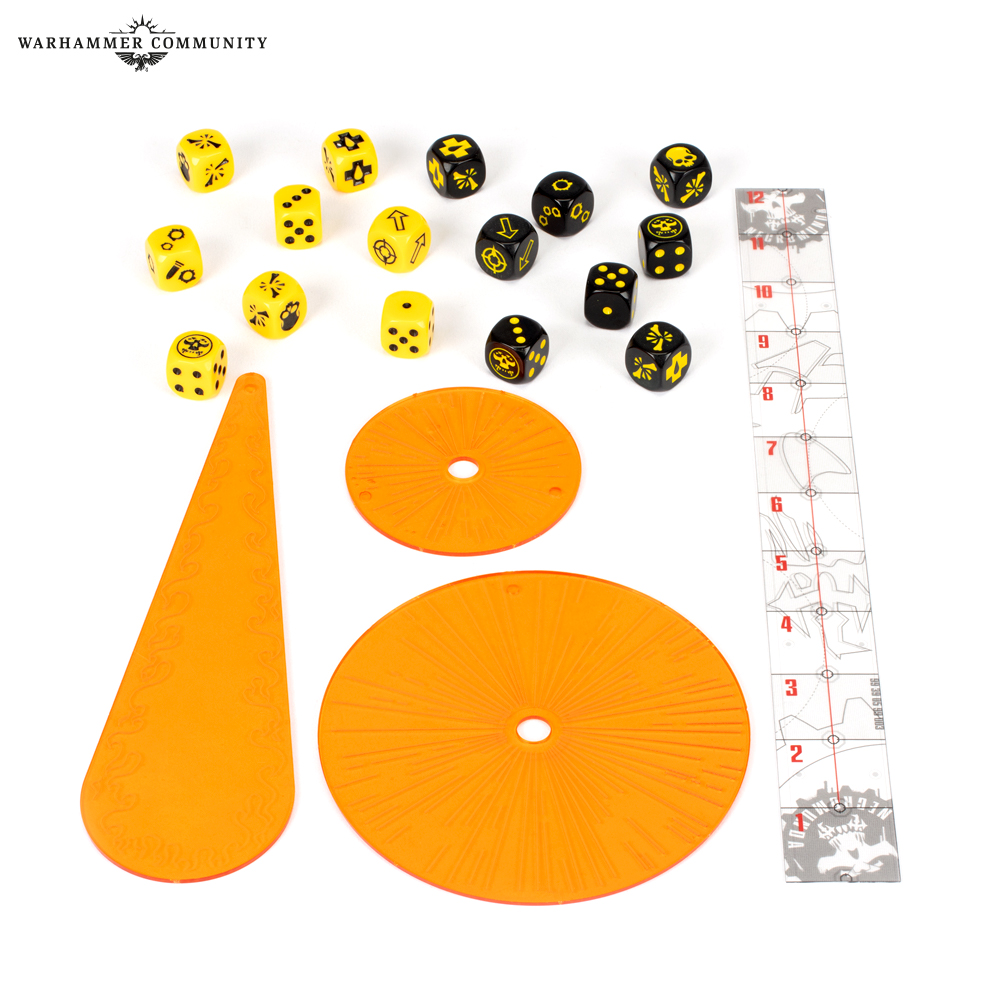 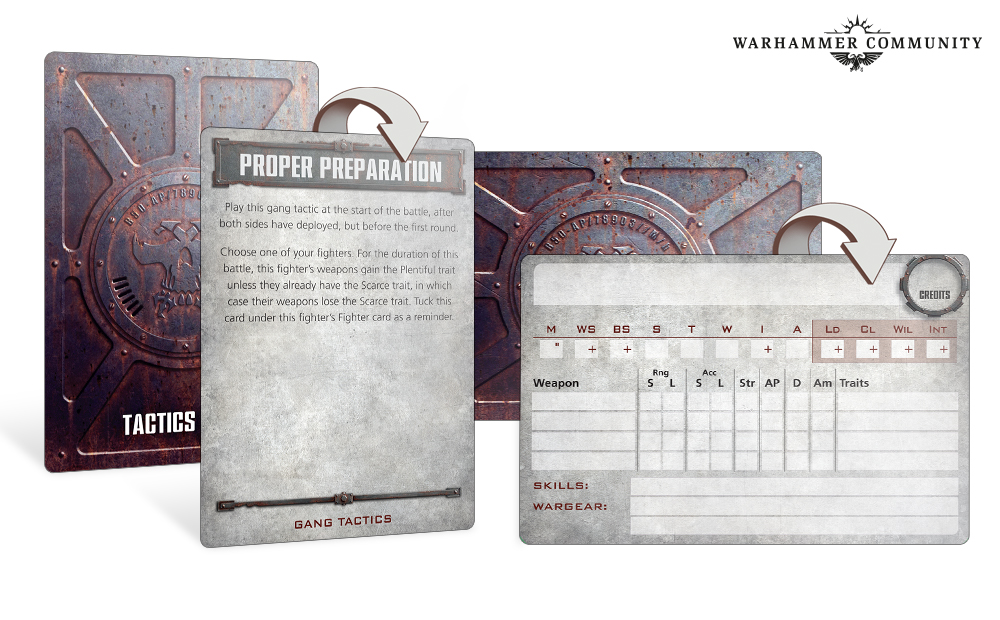 Necromunda: Hive War also contains everything else you need to play Necromunda, including tokens, templates, dice, and more. This box really does provide the best way to jump into the world of skirmish wargaming.

Necromunda: Hive War is available to pre-order soon, and we’ll be taking a closer look at the two gangs in the box later in the week. If you’re new to the game, make sure you check out the Necromunda Facebook page – we promise we’re friendlier than the people you’ll meet in the underhive!

* When you’ve picked a favourite, you can explore them in more detail using the ‘House of’ books – for example, if you throw your lot in with the Escher, you can grab House of Blades.

How to Get Started in the Underhive with Necromunda: Hive War

Get your skirmish campaigns started with two full gangs, a complete set of scenery, and more.

From Bounty Hunters to noble Courtiers, take a look at some of the new hired help for House Escher.

Meet the Necromunda gang that knows ALL of your secrets.