Kill Team: Into the Dark – What’s in the Box?

Much like the depths of a space hulk, the next boxed set for Kill Team has so far been a bit of a mystery. We know it features a Kroot Kinband rucking with the Imperial Navy on an ancient derelict in deep space, but we’ve so far been kept, one might say… in the dark. 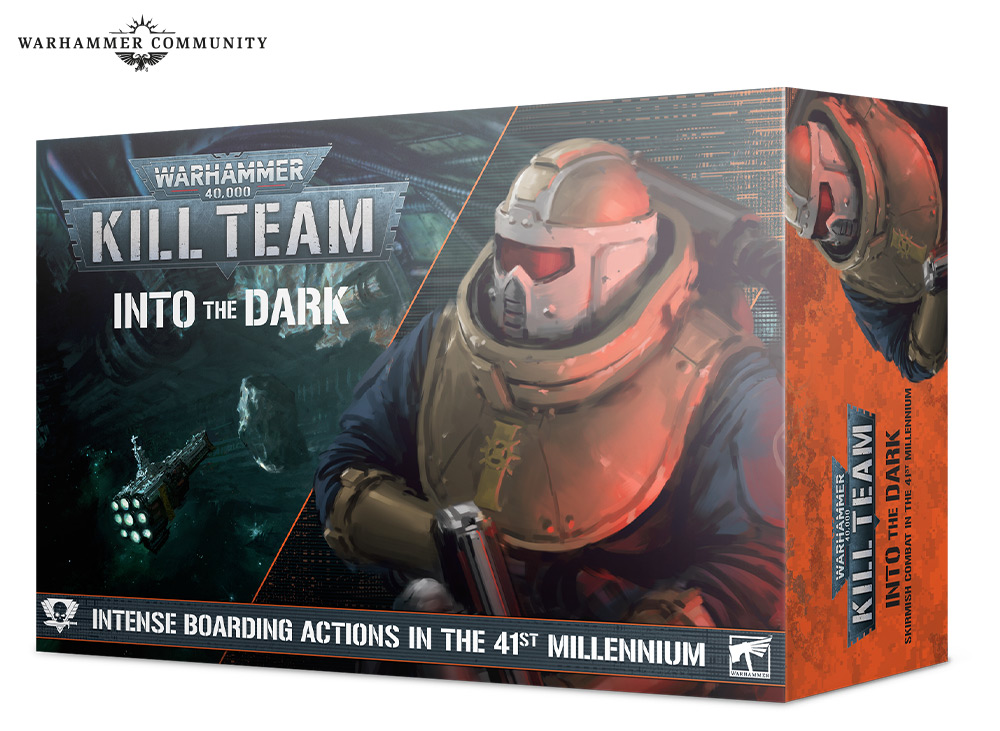 Not any more – the time has come to take a big old gaze at all the lovely stuff you’ll get in the launch box for this new season of Kill Team.

This box contains absolutely everything you need to get stuck in with the best sci-fi skirmish game in the galaxy, including rules, terrain, tokens, cards, combat gauges, dice, and 24 miniatures making up two complete Kill Teams. Take a look!

This time, the small-squad action is heading into the dank, sprawling corridors of the Gallowdark. Lost in the warp for more than four millennia, this space hulk has suddenly returned to the material realm, attracting interested boarding parties from all over the galaxy.

The Imperial Navy Armsmen are the fighting troops of the Imperial Navy. They garrison Navis Imperialis assets, anything from orbital stations to mighty battleships. Breachers are the elite – blunt instruments trained extensively in close-quarter fighting techniques, and the perfect Imperial candidates to make first contact with the denizens of the Gallowdark.

These bold boarders fight with combat shotguns, blast shields, and other breaching tools, perfect for getting up-close and personal. You get 12 miniatures in all – 10 Breachers, a C.A.T. unit, and a Gheistskull. Even dead Breachers don’t get to retire, not when their skulls are the perfect size for holding a compact explosive…

The Kroot are an ever-evolving race of carnivorous warriors known throughout the galaxy as savvy mercenaries, relying on their fighting skills and extraordinary fieldcraft. Their Farstalker Kinbands range far and wide across the galaxy, looking for fresh strains of beneficial genetic material to bring back to their Shapers.

This particular group earned the right to loot the Gallowdark first – only to be left stranded when the Imperial Navy turned up and forced their warsphere to withdraw. Now they stalk the space hulk’s corridors, seeking a means of escape. There are 12 miniatures in all – 10 Kroot, including the keen-eyed Kroot Tracker and her bird – and two loyal Kroot Hounds. 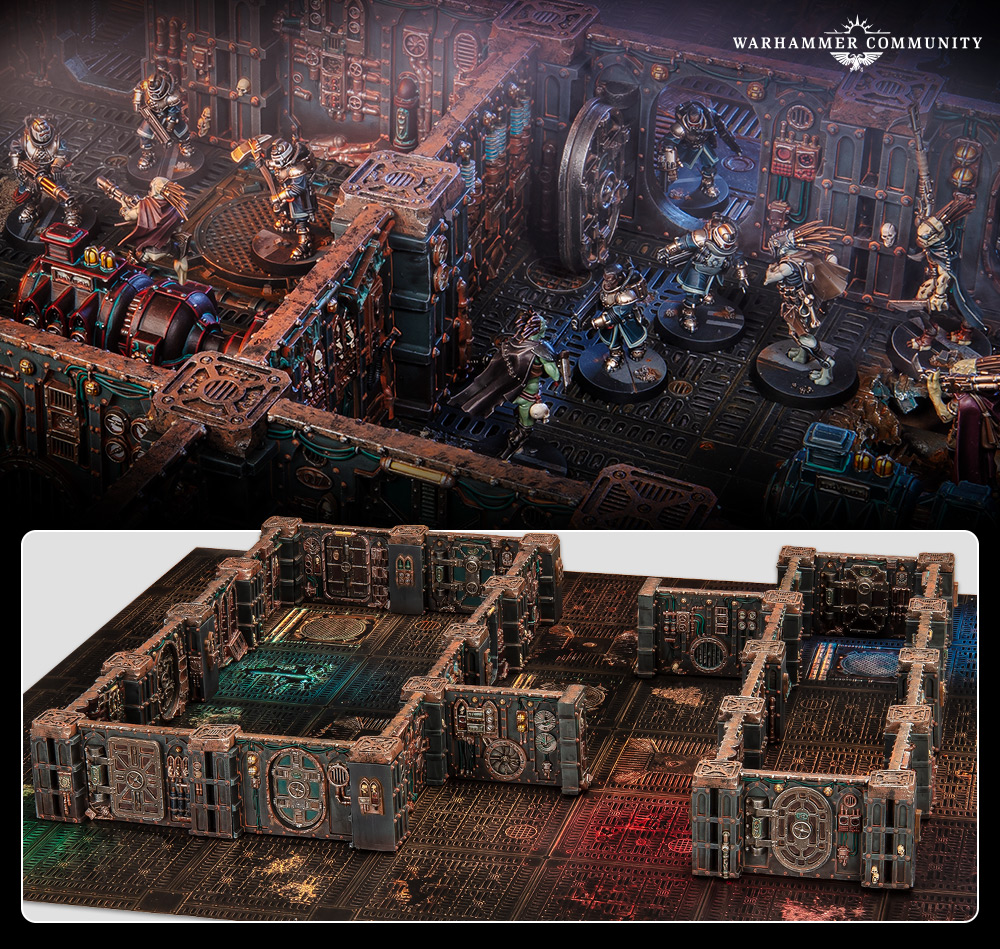 As any Kill Team veteran will tell you, the killzone makes the game. And while this warren of walls, doors, pillars, panels, tanks, and pipes makes for some frighteningly claustrophobic encounters on the Gallowdark. 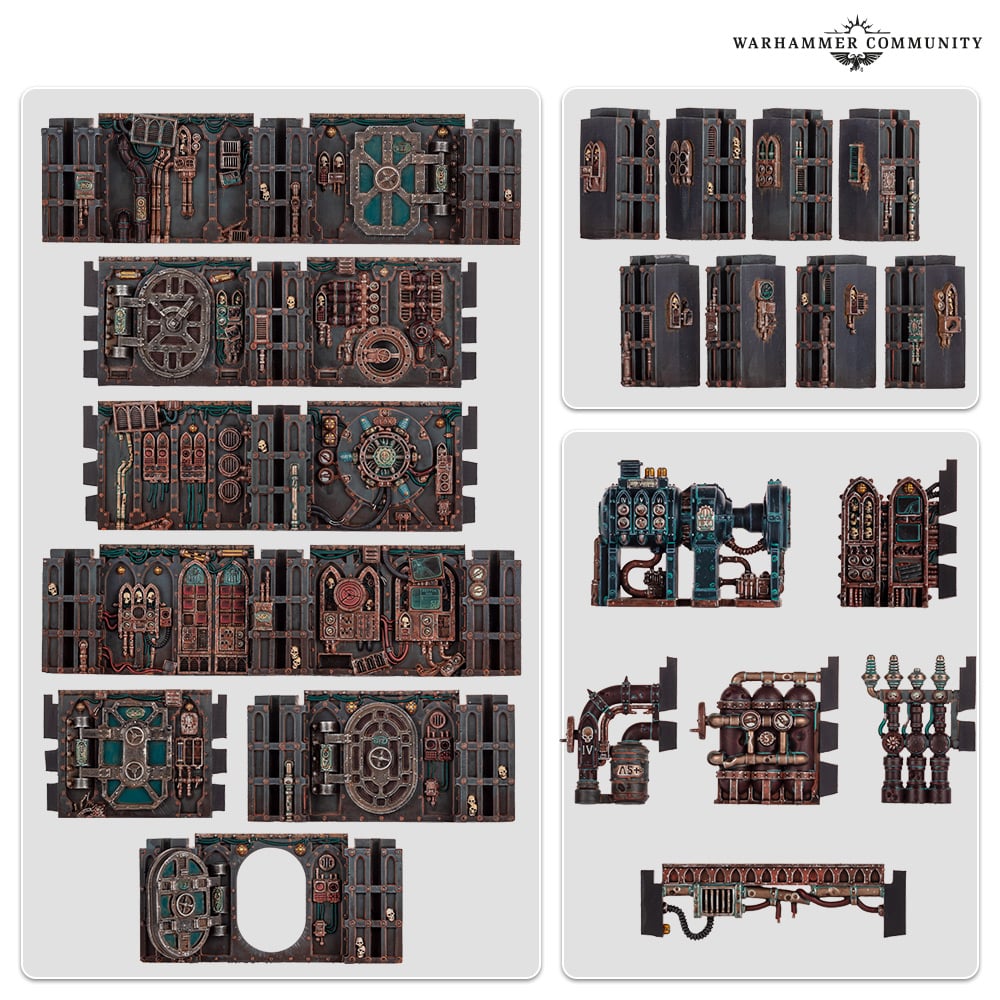 You get a massive collection of 54 individual parts in this box, and it’s almost infinitely expandable – not least when the next set arrives three months later, bringing with it a whole new set of compatible space hulk scenery! 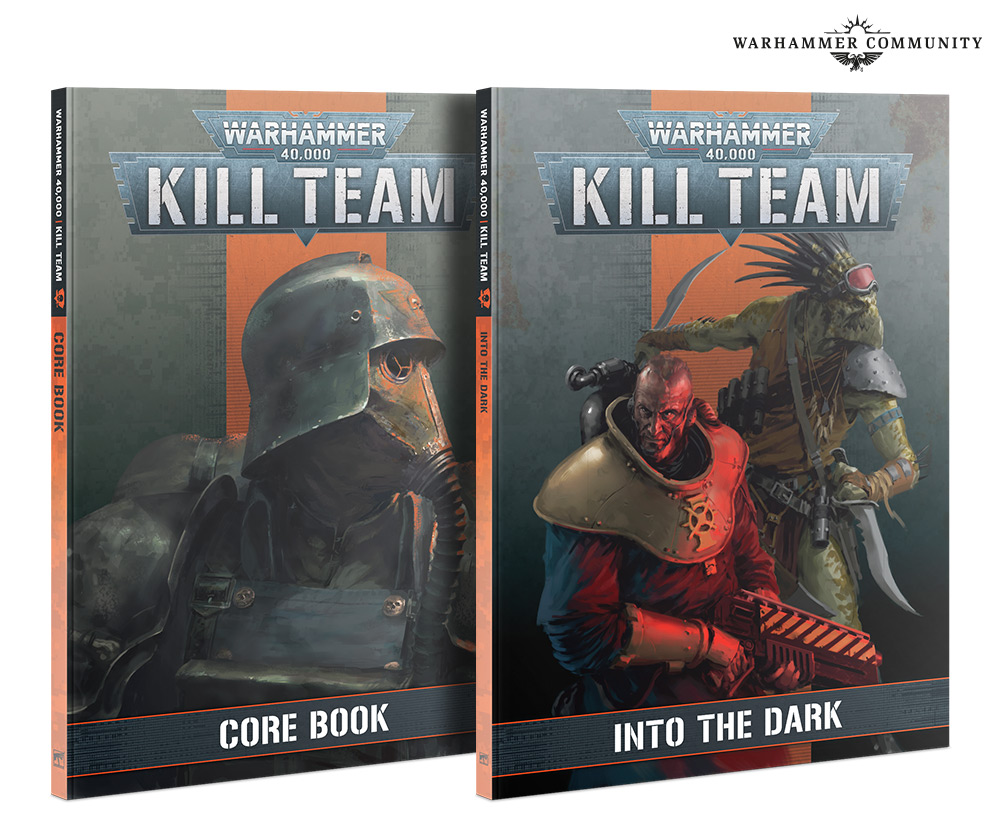 There are two rulebooks contained within this set – a 144-page Kill Team Core Book containing the full rule set and everything you need to know to fight fast-paced skirmishes in the 41st Millennium (on solid ground or in the depths of space), and the Kill Team: Into the Dark rules manual.

This 120-page tome contains full killzone and Close Quarters rules* for scrapping in the confined spaces of the Gallowdark, as well as 18 missions – nine each for narrative and matched play – plus a new type of campaign, and all the rules and lore you’ll need to play the two teams you get in the box.

It also introduces the shadowy story of this mysterious space hulk… 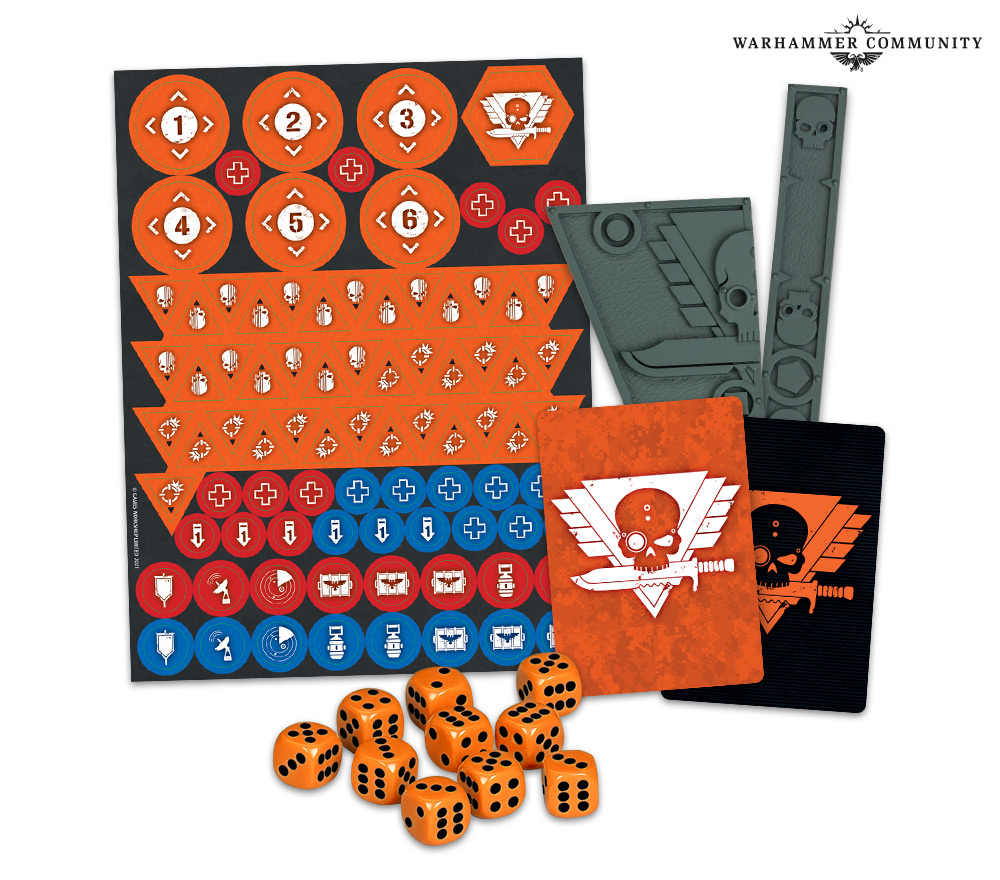 On top of all that, you get all the equipment, counters, cards, and so on for the full Kill Team experience. That means a sheet of 85 double-sided tokens, including objectives, order tokens, and injury markers, 10 six-sided dice in that signature Kill Team orange, two Tac Ops decks – each containing 27 cards – and one double-sided game board to host all your bulkheads and barricades.

These new rules are completely compatible with all the kill teams released in this edition so far, from the existing boxed expansions, issues of White Dwarf, and the Kill Team Compendium. And there’s more to come! The Gallowdark is a big place, and we’ll be exploring its vast and varied environs for a while – there are some very cool new visitors coming to the corridors on that three-month release cycle…

All of this makes Kill Team: Into the Dark the perfect place to begin your Kill Team journey – even if you’ve never played Warhammer before. We’ll have more information soon – including when you’ll be able to pre-order the box – on this very website. Sign up for the newsletter to get the latest C.A.T. surveys sent straight to your inbox…

* More on those as we venture deeper into the space hulk…

The Kroot Tracker Doesn’t Go Anywhere Without Her Pet Bird

Birds of a feather hunt together…

Revealed – Imperial Navy Breachers Clash With a Kroot Kinband in Kill Team: Into the Dark

Fight for your life in the depths of the Gallowdark.