Did you wonder who the mysterious silhouetted figure was in our Kill Team article on the T’au Empire? It was none other than Sub-commander El’Myamoto, better known as Darkstrider. Check out the new miniature in all his (unshrouded) glory. 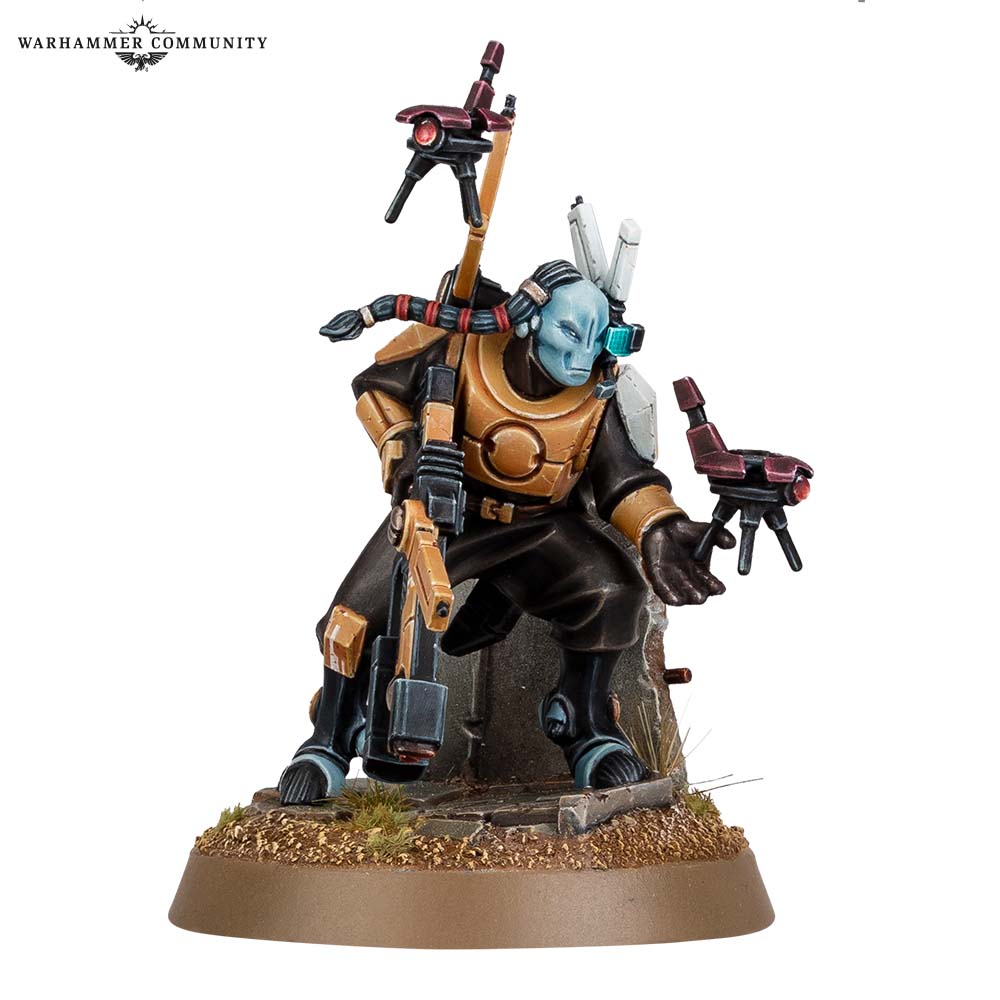 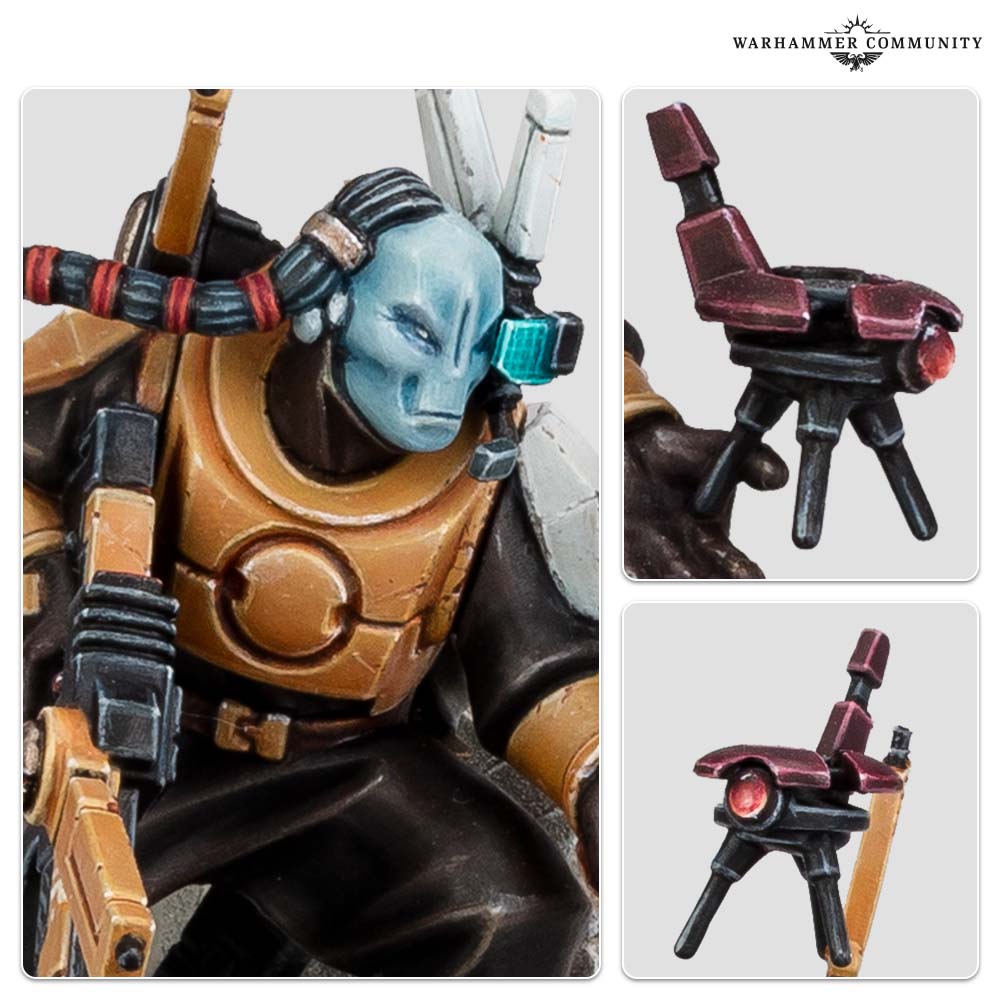 The new miniature sees Darkstrider carefully releasing one of his drone familiars, with his trusty pulse carbine, Shade, tucked under his right arm.

Darkstrider’s optical scanner incorporates a highly advanced structural analyser, enabling him to direct the fire of his kin at the weak points of their targets with ruthless precision.

But who exactly is this dashing hero of the T’au Empire? He’s something of a rebel among his kind, never afraid to question (even outright ignore) orders should he decide an improvised alternative is better in an unfolding situation. Darkstrider’s methods are effective, but his insubordination has cost him promotion more than once. He does have allies – Commander Shadowsun herself respects the battlefield instincts of the maverick sub-commander, and trusts his judgement without question – a ringing endorsement!

Darkstrider can usually be found fighting alongside elite cadres of Pathfinders, performing covert vanguard missions of sabotage and subterfuge. 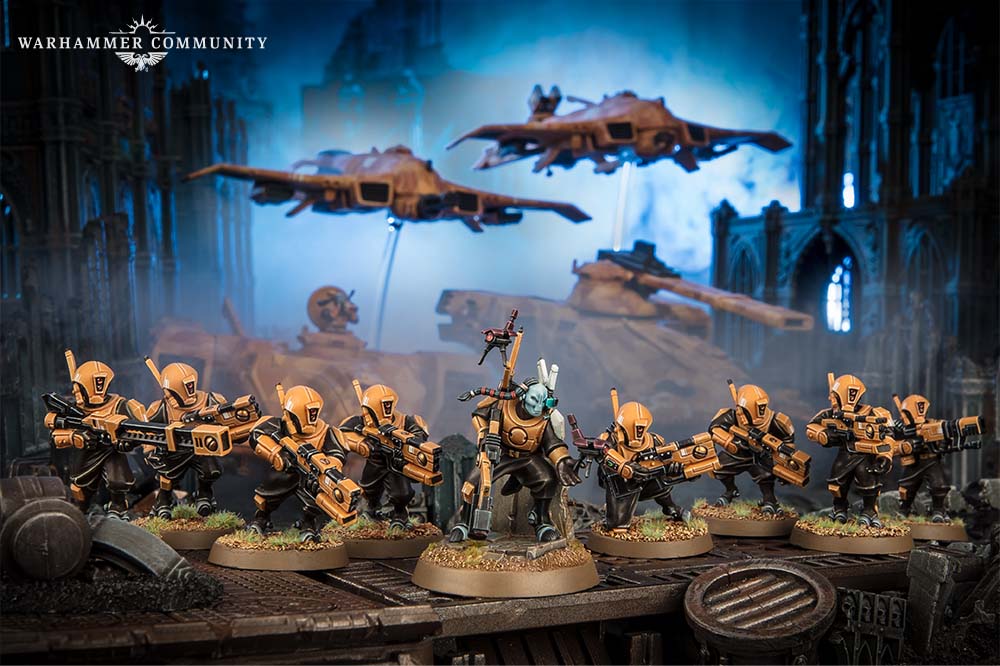 The stunning new Darkstrider miniature will be up for pre-order early next year, alongside the shiny new edition of Codex: T’au Empire. Keep an eye on Warhammer Community, as we’ll have more on everyone’s favourite practitioners of the Greater Good throughout the week, and sign up to our newsletter for all the latest info on upcoming releases and more.

Who Is Darkstrider? And Why Do his Bosses Hate Him So Much?

Darkstrider might be a war hero, but for his superiors, he’s a royal pain in the behind.

Embrace the Greater Good with January’s Miniature of the Month

Let T’au armies know you’re on their side with this month’s commemorative coin.