In Call of the Everchosen’s final instalment, the cast of Dominion are entering the fray. If you’ve been itching to use the thunderstrike-armoured Stormcast Eternals and the Kruleboyz of the orruk warclans in the action-packed skirmish game that is Warcry, you’re in luck – the game’s resident loremaster Sam Pearson is here with the all the rules you’ll need.

Sam: Call of the Everchosen is back for what will be the last in the series, and to mark the occasion we’ve made this the biggest instalment yet! Included below, you’ll find a full set of fighter cards and abilities for two brand new warbands – the Thunderstrike Stormcast and the Kruleboyz.

On top of that, we’ve included a new narrative campaign that pits these two forces against each other. 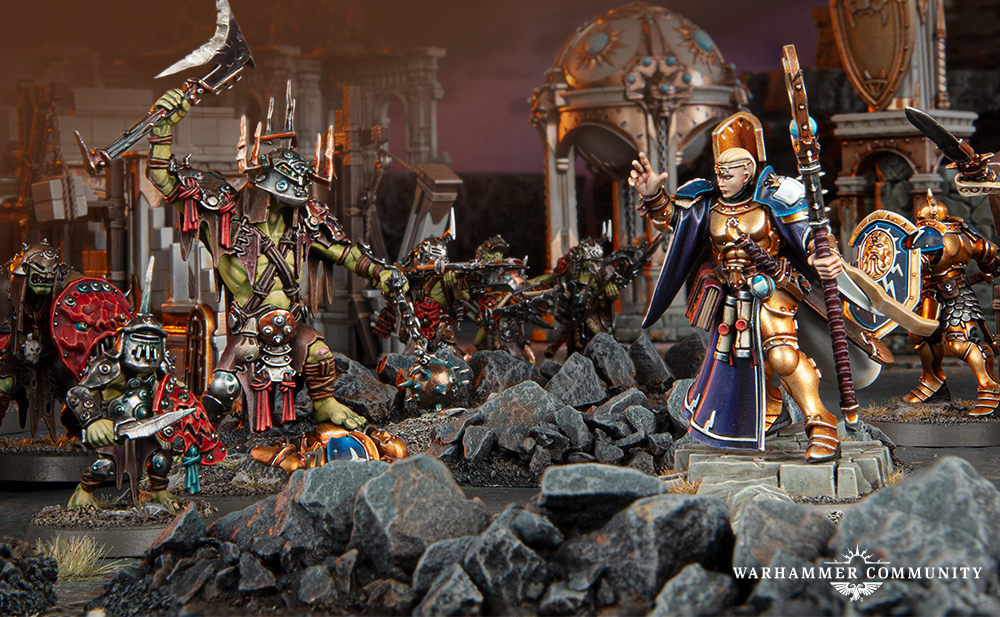 With 18 fighter cards to choose from, the Thunderstrike Stormcast are a warband of elite, heavy-hitters. As you might expect from Sigmar’s finest, these warriors never go down without a fight thanks to their Blaze of Glory ability.

Annihilators with Meteoric Hammers are the stand-outs of the warband – they’re the first fighters to sport a mighty Toughness characteristic of 7.

In addition, the Knight-Vexillor with Banner of the Apotheosis can provide vital support with their bespoke ability to Plant the Banner of the Reforged.

Kruleboyz players will find lots of dastardly tricks and cunning abilities to use in your battles of Warcry. There are 14 fighter cards to choose from, including the formidable Killaboss on Great Gnashtoof. As you might imagine, he’s a bit of a beast.

At the other end of the spectrum is the humble Pot Grot. Coming in at 35 points, they might just be the cheapest fighter in the game – even Gnoblars are more expensive at 45 points. While their stats may be measly, they still have their uses thanks to the Brewed Elixirs ability.

Lastly, I can imagine Man-skewer Boltboyz forming the backbone of many Kruleboyz warbands thanks to the powerful missile support they provide.

The range of new fighter cards is so extensive you can make use of almost every miniature from Dominion and the Warhammer Age of Sigmar Starter Sets. The one exception is Yndrasta, who is a bit too powerful for a battle of Warcry.

Not only do these sets provide miniatures you can use in both games, the gaming boards and mats contained within are also the exact size needed for Warcry too.

War of the Morruk Hills

This campaign continues the narrative of Amberstone Watch from Dominion and the three Starter Sets. The Auric Lions of the Thunderstrike Stormcast have reclaimed the town, but their position could be described as tentative at best. The Kruleboyz – led by the Killaboss Gazog – are regrouping and readying for war once more. 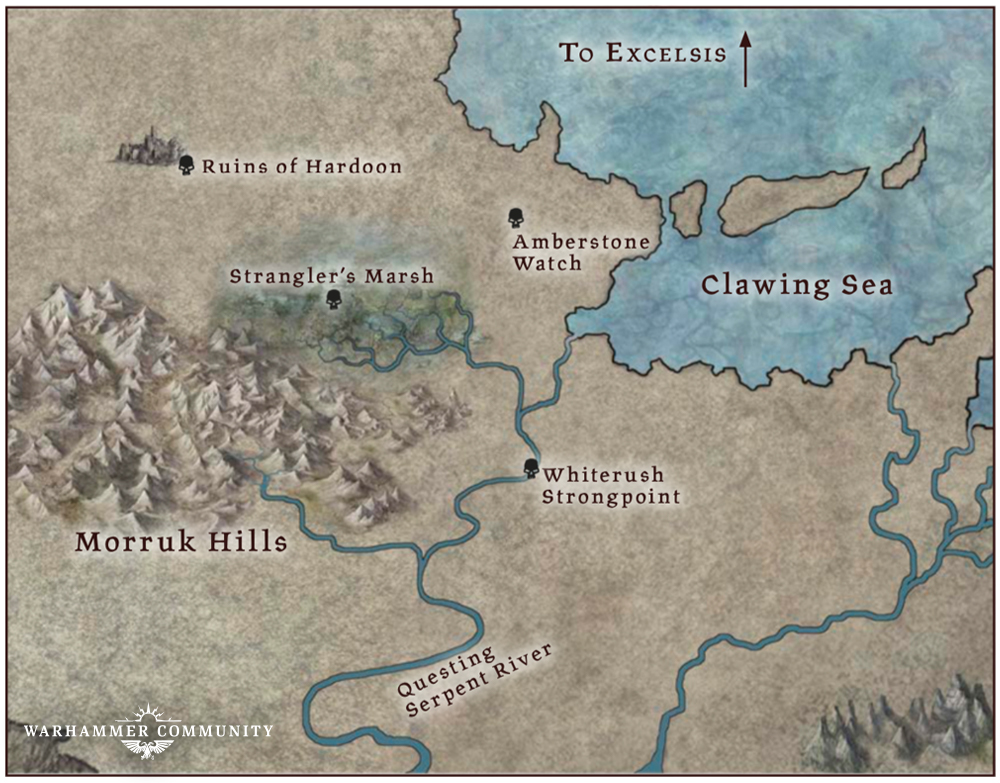 This narrative campaign is fought on three fronts – the Ruins of Hardoon, Strangler’s Marsh, and Whiterush Strongpoint. Each player must decide in secret which of their heroes they will dispatch to each front, making for three gruelling battles before the campaign finale is fought. This will happen either in Amberstone Watch as the Kruleboyz seek to reclaim their hold over the town, or out in the Morruk Hills where the Auric Lions hope to rid the land of this orruk menace once and for all.

Thanks, Sam. That’s all for the last instalment of Call of the Everchosen, but it won’t be long before we reveal what exciting things lie in store for Warcry. You can download the PDFs with all the rules Sam’s described below. Stocks of Dominion have almost run dry – if you want to try these fighters out in Warcry, order your copy now and you’ll have enough miniatures to field both warbands. 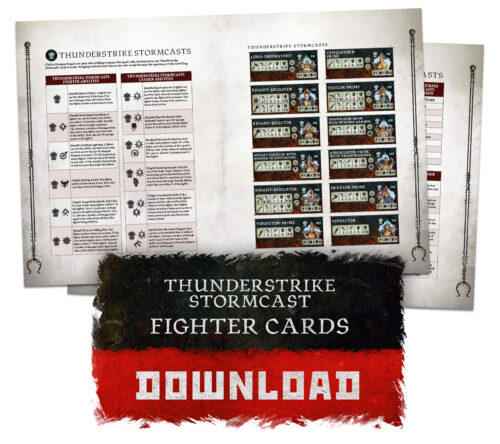 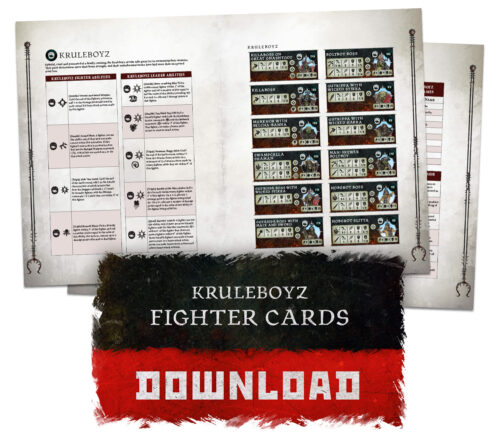 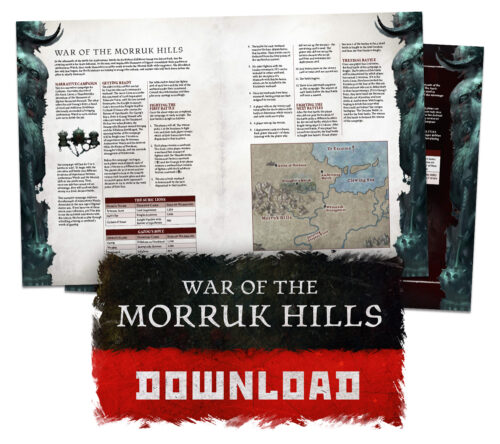 The new edition of Warhammer Age of Sigmar is just around the corner.

There’s a glut of Warhammer Age of Sigmar and Blood Bowl goodness for you to pre-order from today.