It’s no understatement to say that Be’lakor’s new model is stunning and massive, and with him arriving for pre-order on Saturday we asked model designer Darren Latham how he approached creating the Dark Master.

When I was given the task of reimagining Be’lakor, I knew it would be a challenge as a designer, but one that I would certainly enjoy. Be’lakor is such an iconic Warhammer character, and his image is well known in both Warhammer Age of Sigmar and Warhammer 40,000, so I had a good starting point as a designer in terms of how he looks.

My brief was to update the classic model in plastic and give him a size worthy of his status, something that had always been difficult to achieve with metal and resin miniatures. 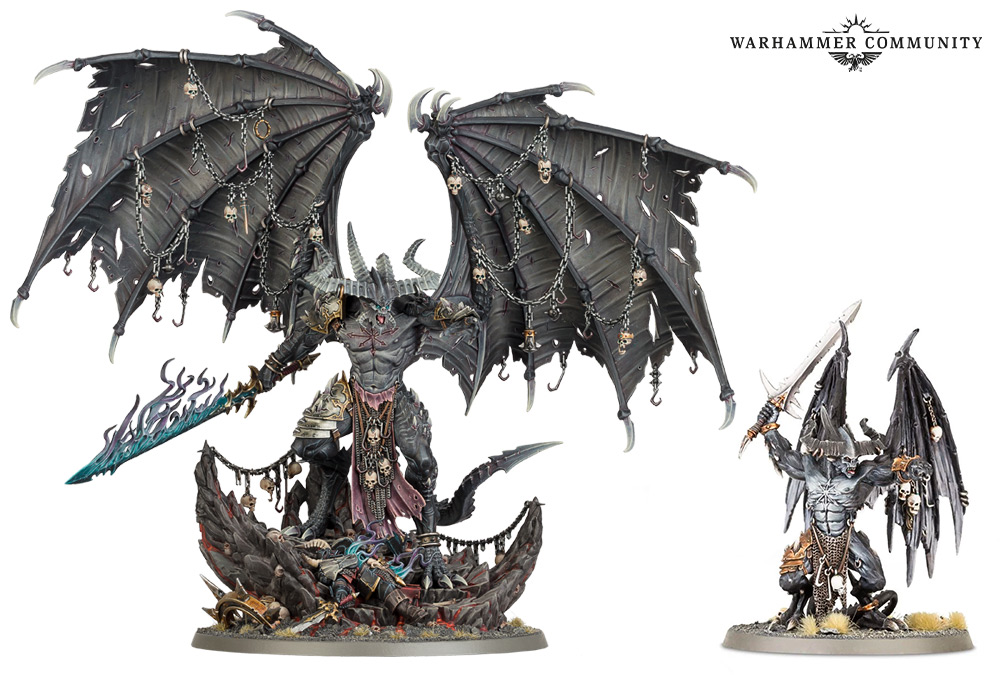 Knowing what elements the miniature would have (big horns, sword, and wings), I started some rough mock-ups to explore the pose, composition, and scale of the model. In all, I did about six of varying sizes, and we settled on a pose that best conveyed his intent as an arrogant prince of Daemons. Standing upon a chaotic wasteland, surveying the destruction before him, suited his character well. 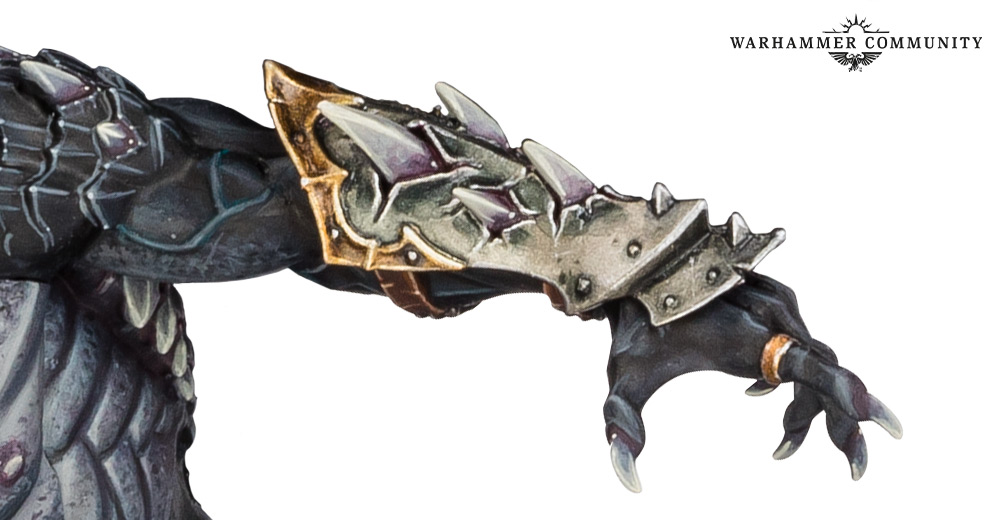 Designing a model of this size has many challenges. The main ones with Be’lakor were getting his anatomy right (as he is mostly unarmoured), the massive wings covered in chains, and the base he stands upon.

The body ended up mainly being an extensive anatomical study, followed by adding some suitably demonic textures and the iconic Chaos star on his chest.

The wings were particularly challenging, as I’d not sculpted many at this size before, so I had some conversations with fellow designers to set me on the right track. These had to be adorned with skulls and trophies, of course, which the original Be’lakor model had. 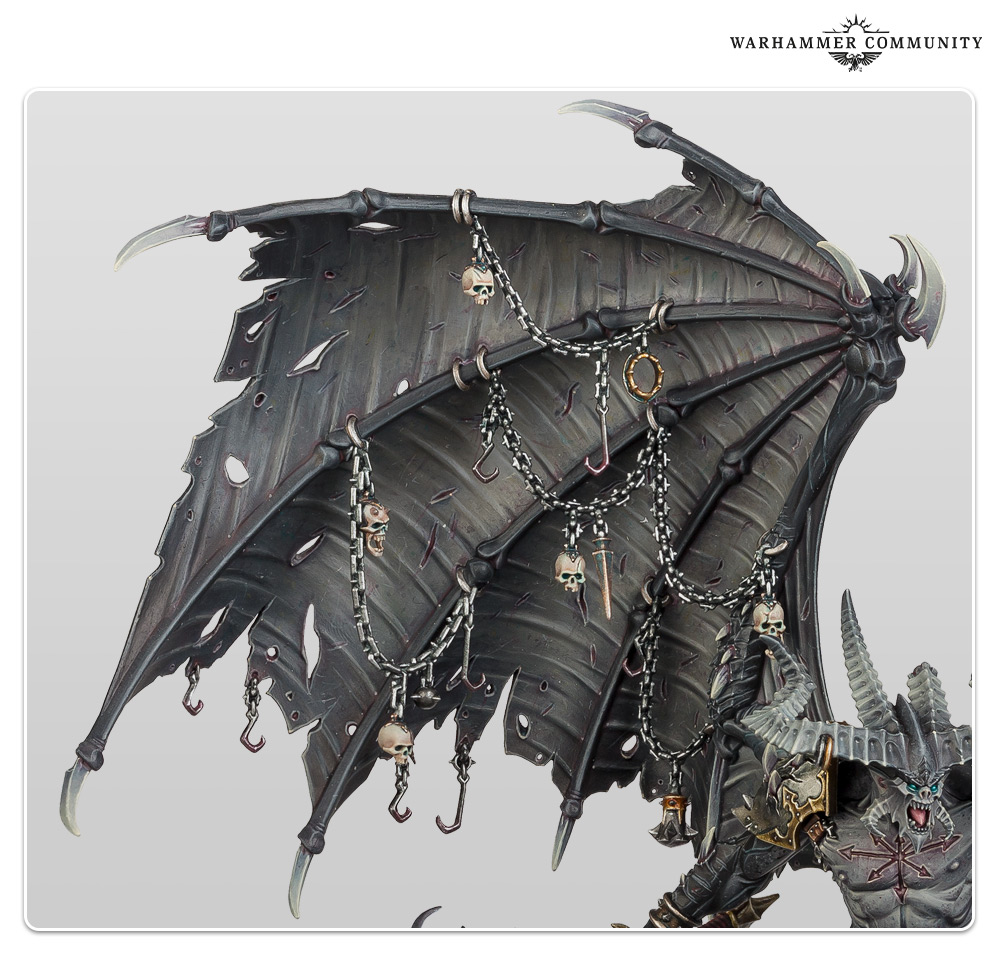 For the base, I wanted it to have a volcanic feel and almost encompass Be’lakor, like it’s closing around him. This adds to the chaotic nature of the landscape and gives the model a nice composition, which was something I was really focused on. 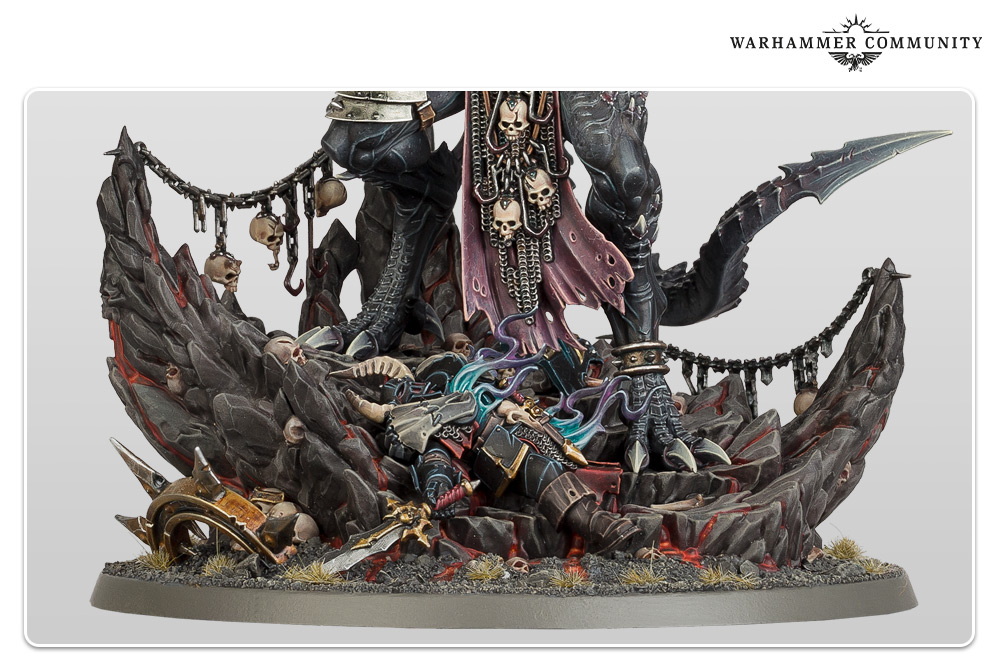 Overall I’m delighted with the finished miniature, and I’m really pleased that he has alternate parts for both Warhammer Age of Sigmar and Warhammer 40,000 – or if you prefer, you can simply leave these off, giving you the freedom to paint him and use him in either system! 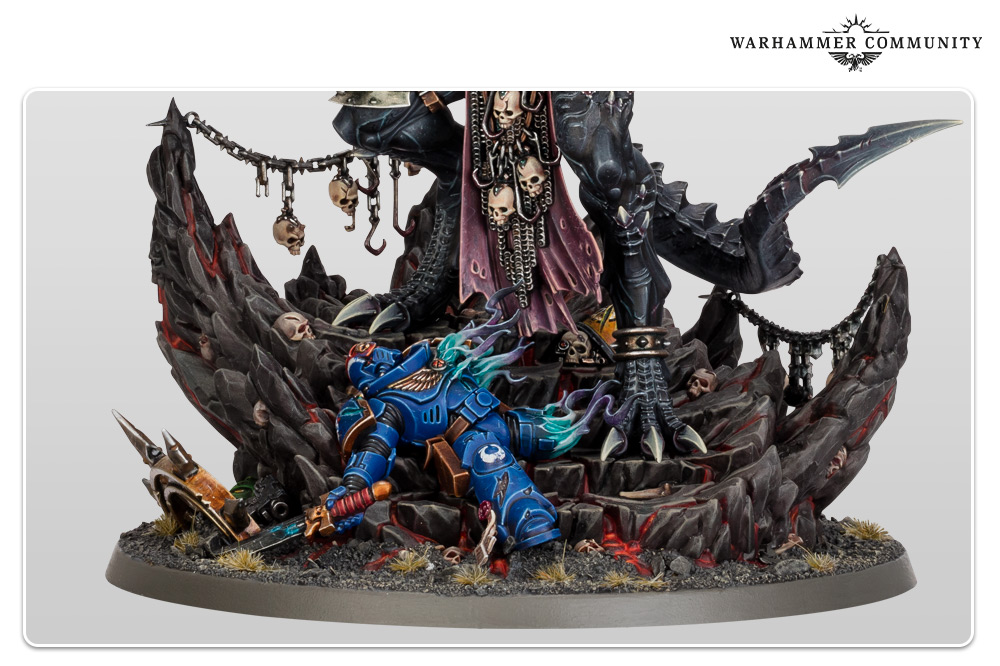 It was also great to add in more options, such as the alternate faces and arm position. I loved both arm poses at the mock-up stage, so I decided to include both! Be’lakor was the most challenging sculpt of my career so far, but a project I certainly enjoyed – I’m looking forward to seeing him on the tabletop soon!

Be’lakor, the Dark Master is arriving for pre-order on Saturday alongside Broken Realms: Be’lakor, the next narrative supplement for Warhammer Age of Sigmar. He’ll also be chopping his way through tanks in the 41st Millennium too, so stay tuned to Warhammer Community for more information on when his Warhammer 40,000 rules will be here

As the New Edition Dawns, Where Does Each Grand Alliance Stand?

Get up to speed with the ongoing saga of the Mortal Realms before the new story begins.

Metawatch – How Does Broken Realms: Be’lakor Change the Game?

Find out what the book brings to the competitive Warhammer Age of Sigmar scene.

He’s a dark legend of both Warhammer 40,000 and Warhammer Age of Sigmar, but most importantly, he’s back!