Alright, sit down and shut up. As you all know, it’s a lot easier to police the underhive when we have some kind of consistency. Well, chance would be a fine thing – one month it’s fire, then the next it’s water. This month, things are heating up again as the Redemptionists are rising up and the peoples of House Cawdor are crawling out of their dark little corners. 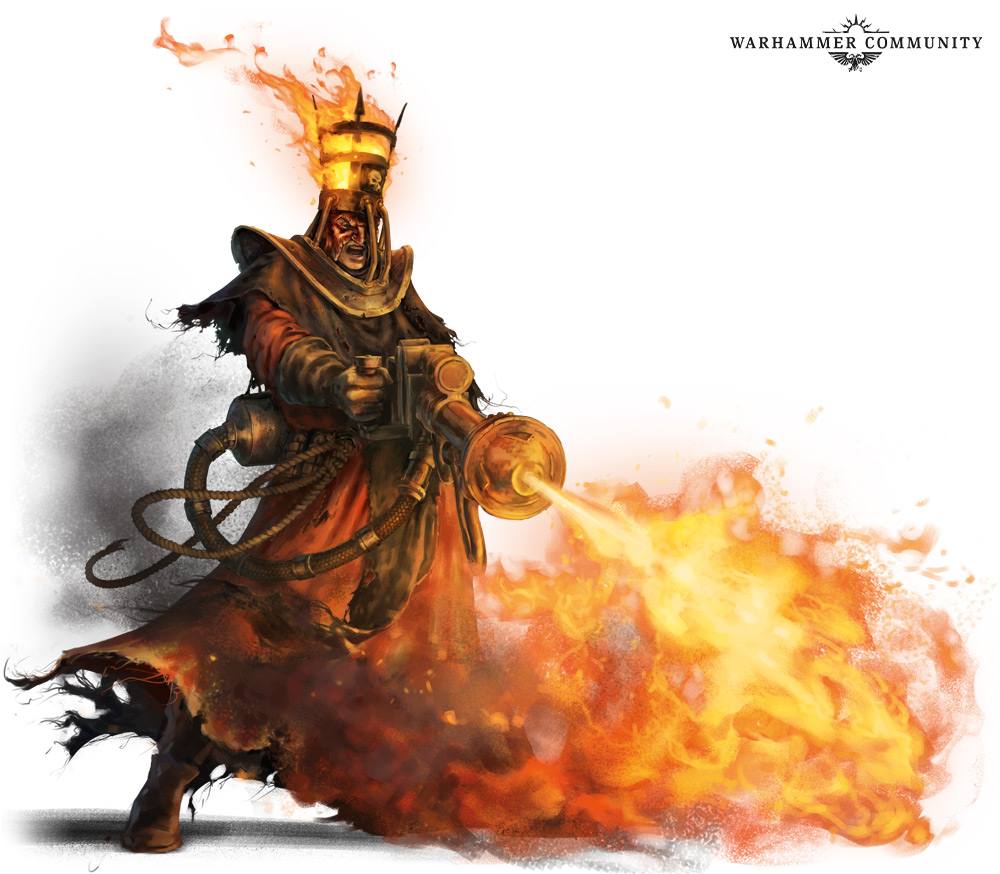 For those of you who are new recruits, Cawdor is the biggest clan house on Necromunda. Built around a unifying faith in the God-Emperor, every hive city and wasteland settlement is swarming with millions of faithful Cawdors. Normally, they’re little more than bonepickers and scavengers, so we don’t have to keep too close an eye on them – but like every other clan house, they can still cause us big issues. And then there are the Redemptionists. 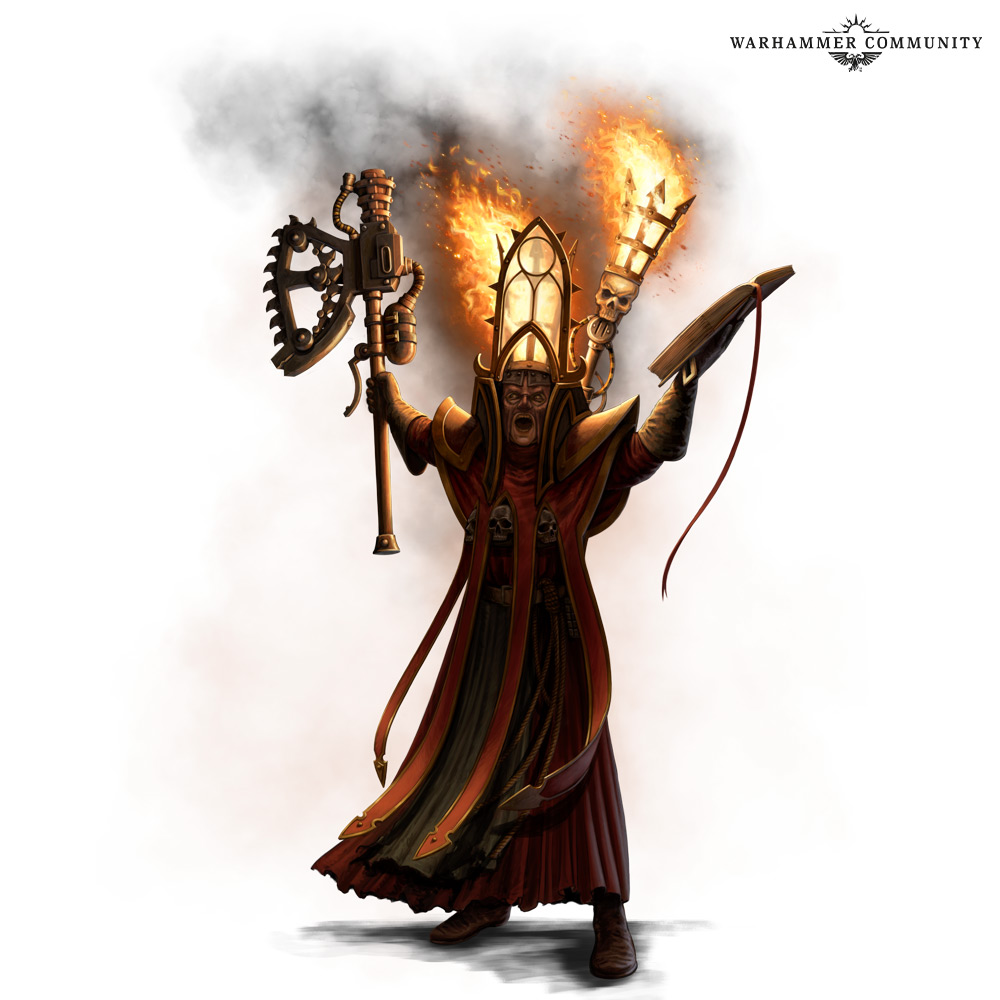 Now, Helmawr doesn’t mind Cawdor worshipping the God-Emperor, but he draws the line at the fire and fury of the Redemptionists, which is why he petitioned the Ecclesiarchy to declare them a subversive cult. We don’t get paid enough to worry about theology, but if Helmawr says they’re outlawed, then we go and crack heads.

The Redemptionists are really easy to identify – they’re the ones with the fire, a LOT of fire, some of them are even ON fire. This pict has already been sent around the precinct, but take another look now. 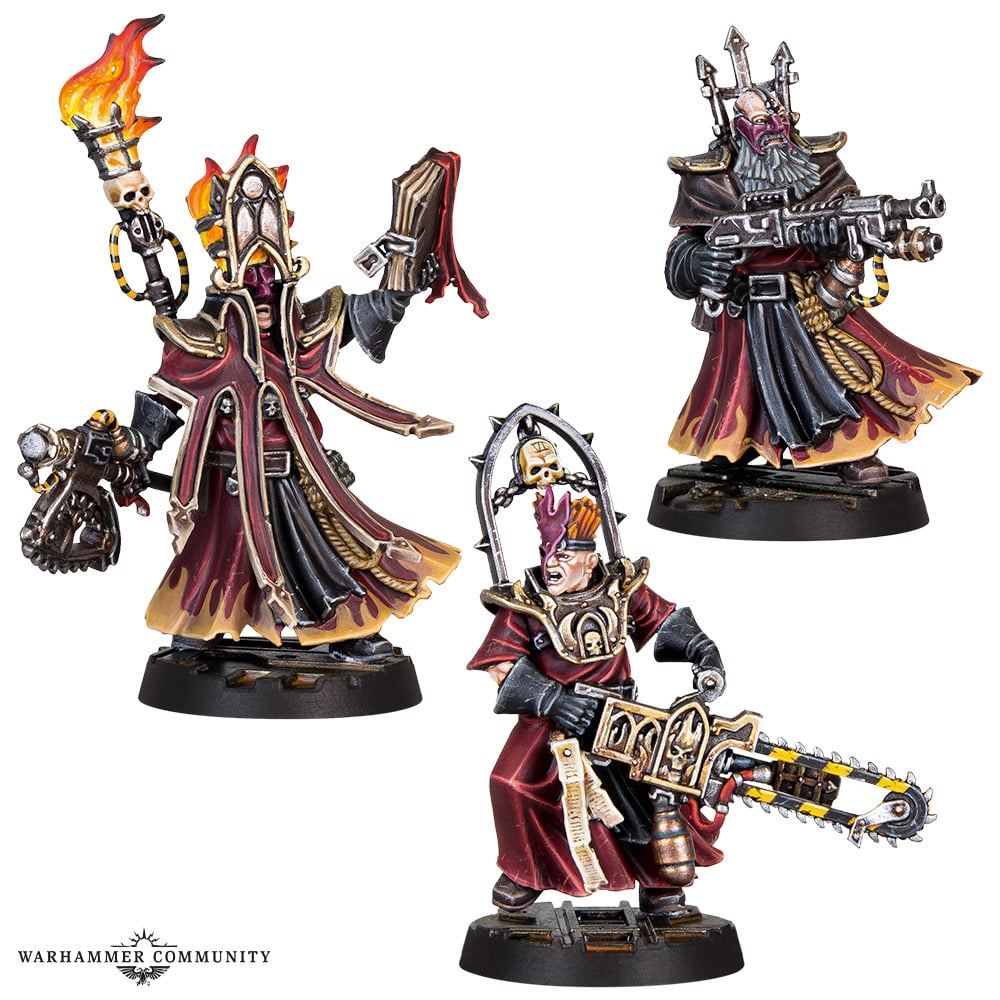 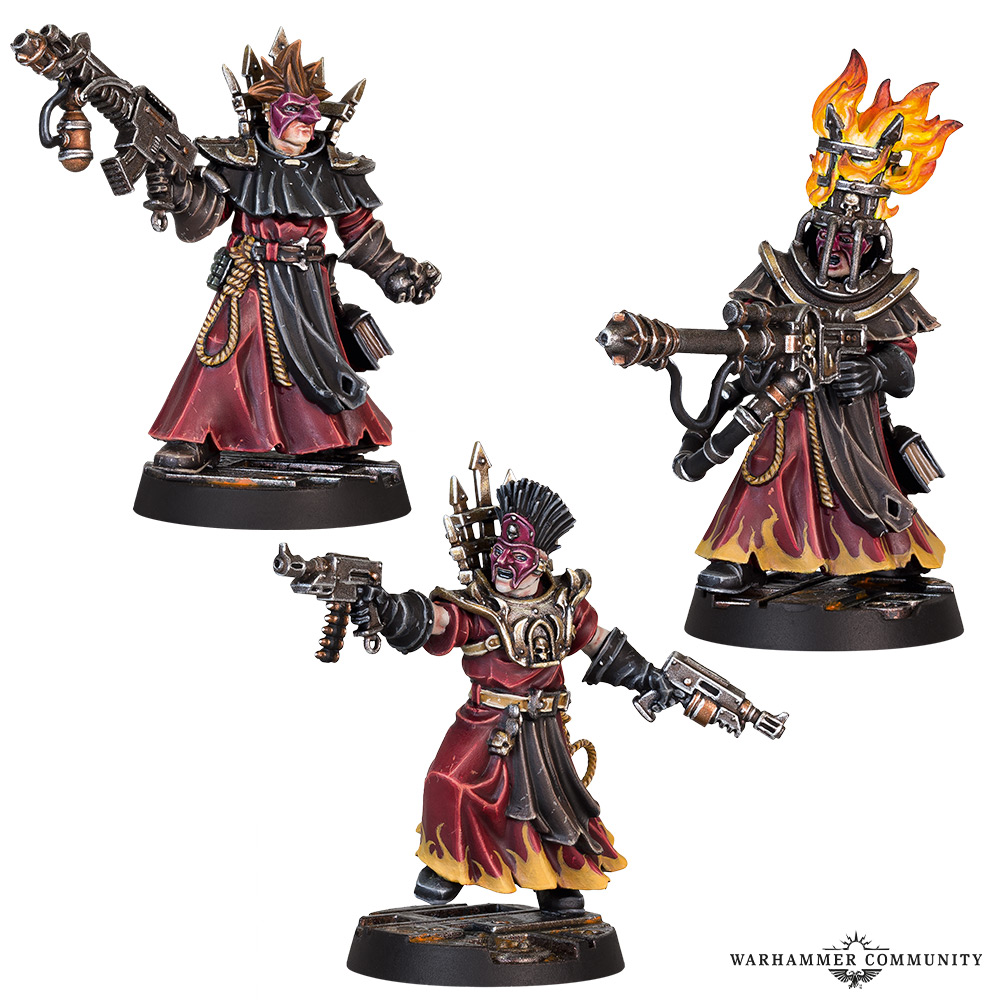 Be careful – you might see entire gangs made up of Redemptionists, or you could see a few of these zealots making up the numbers in Cawdor gangs. Most of their weapons, such as the fire pike, are pretty short-ranged, so make sure you take advantage of your boltguns and sniper rifles to take them out before they get too close. 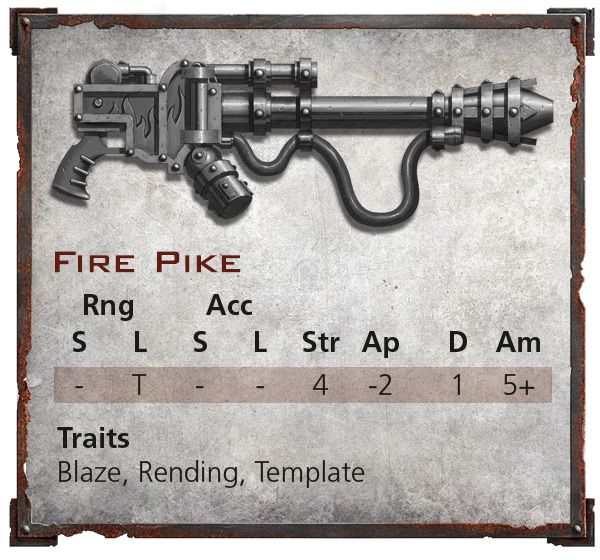 We’re also getting the lowdown on a particularly nasty character called Klovis the Redeemer. Apparently, he was a noble of House Cawdor but turned his back on the opportunity to become Thane, and now he’s the most fanatical of all of the Redemptionists. As a House Agent, any Cawdor gang (including pure Redemptionist gangs) can petition Klovis for aid. If he deems a gang worthy, he’ll join for a battle – throne help anyone on the receiving end of his custom eviscerator. 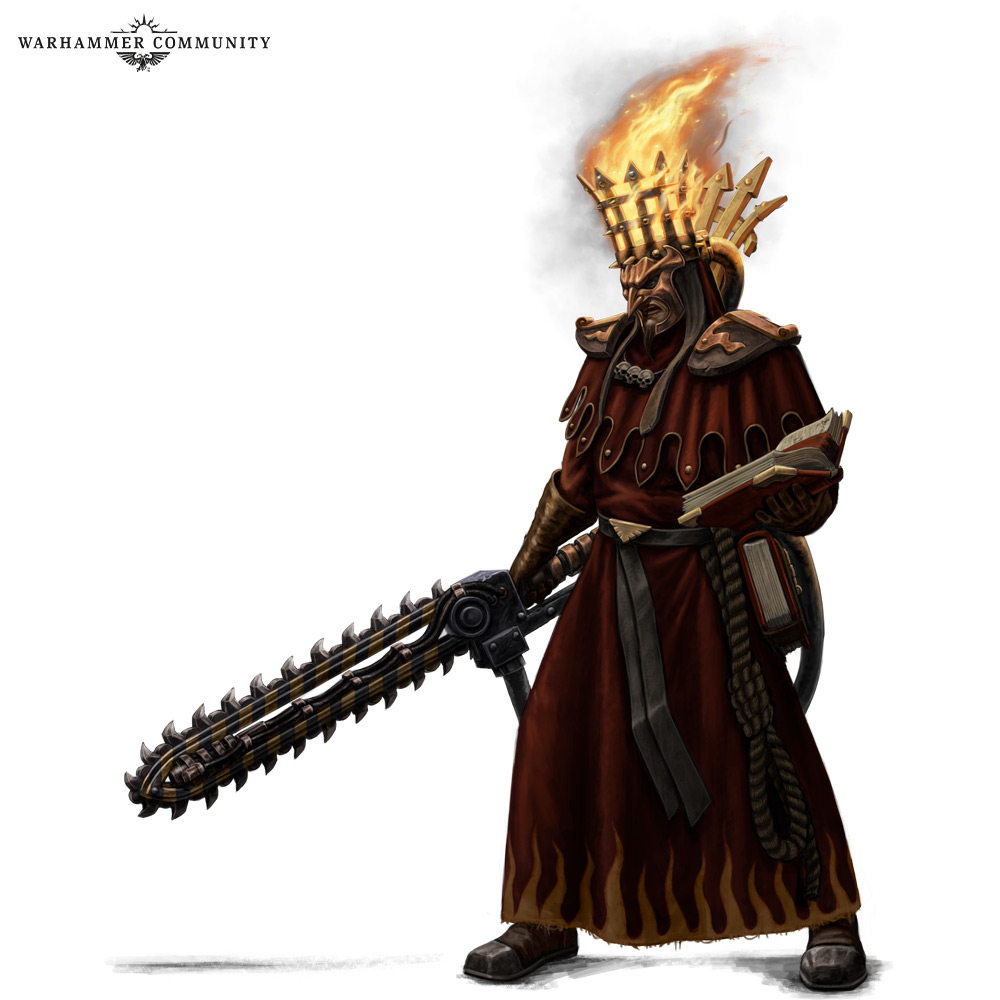 The new pamphlet House of Faith is out soon. I expect you all to read it thoroughly to get ready for the surge in House Cawdor activity. Remember if there’s one thing stronger than faith in the underhive, it’s a Subjugator’s SLHG pattern assault ram – you can’t pray if you’ve got no teeth. Now get out there – the underhive isn’t going to police itself!

Fiery fanatics, machines, the undead… there’s a lot to unpack in this month’s preview online.

This is probably a good week for heretics to stay indoors and shut the curtains.

Our Enforcer Captain has some updates on a mysterious man in red seen on Necromunda.