Happy Black (Templar) Friday! Today marks the release of a stunning new range of miniatures, including High Marshal Helbrecht, Chaplain Grimaldus, the Sword Brethren, and more. To celebrate this momentous day, it’s time for another look at Altar of Wrath, the Black Templars-flavoured animation that’s being developed for Warhammer+.

Earlier this year, we revealed photorealistic screenshots from one of the next wave of Warhammer animations, which are currently in development. The team has been hard at work since then and we’re excited to share the results. 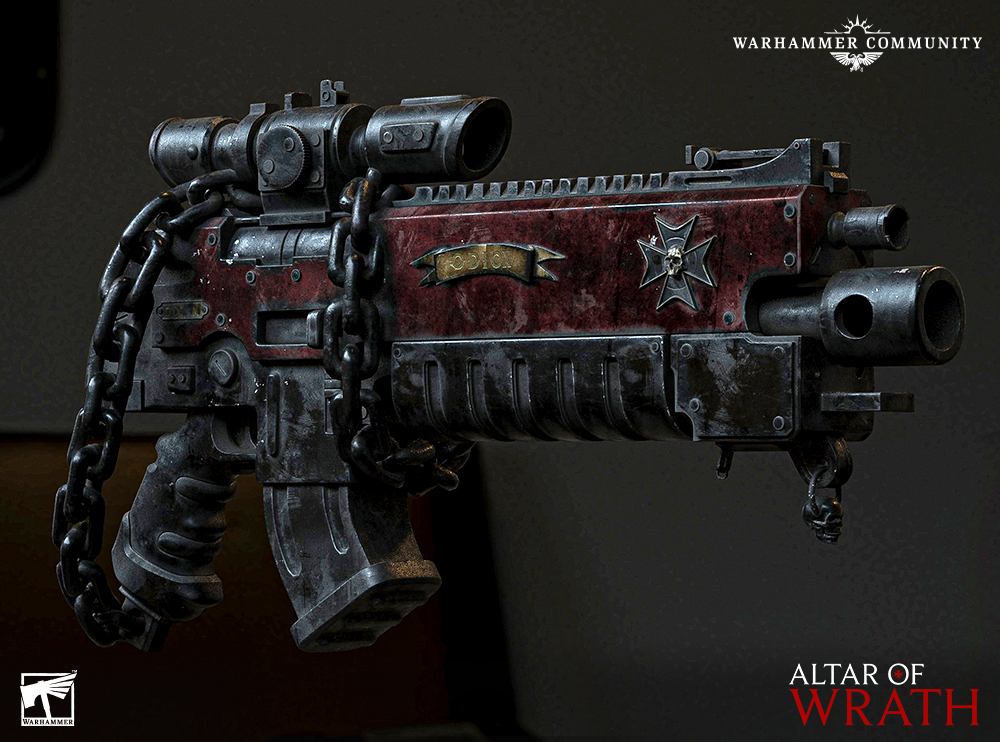 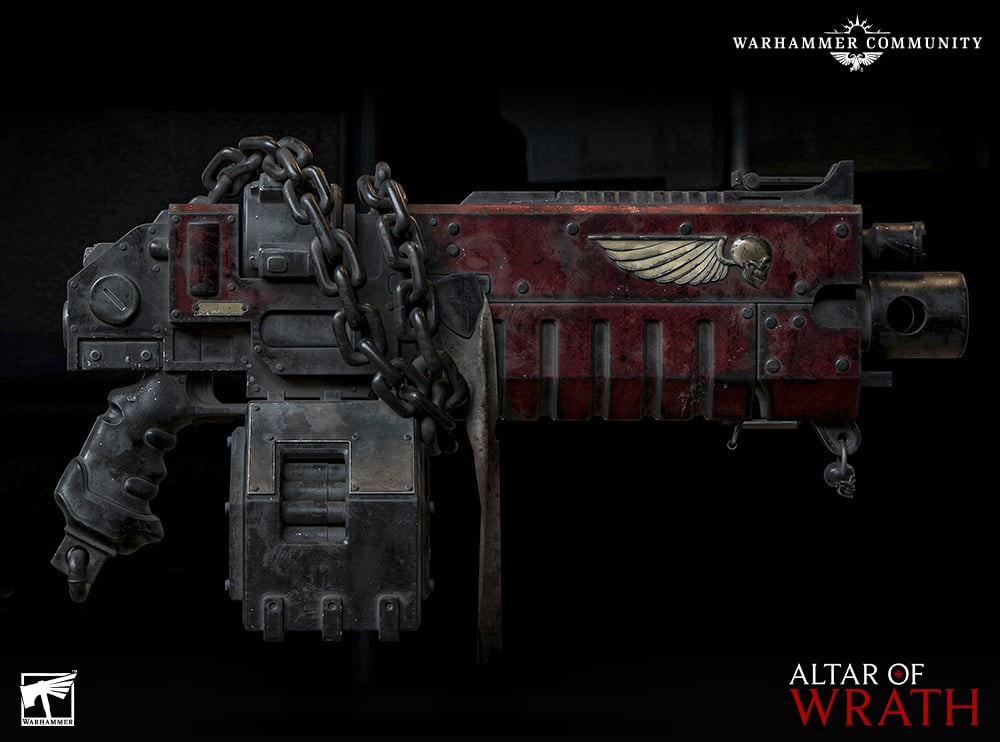 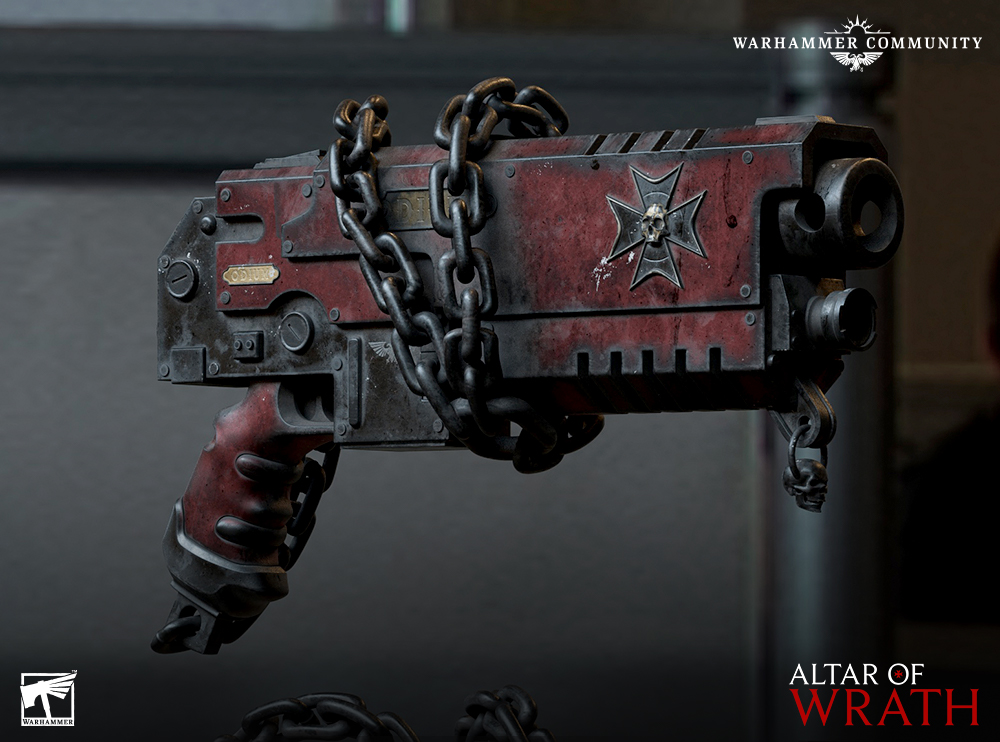 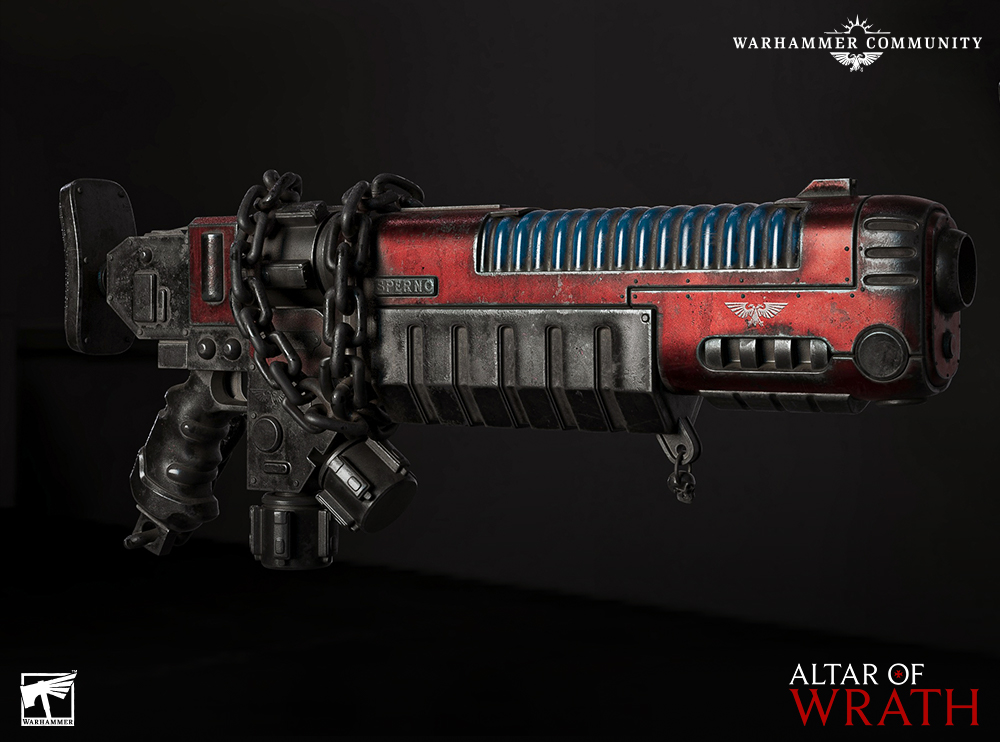 It’s good to see them following the rest of the Chapter by wrapping chains around their guns – they’re much less likely to lose them when they start using them as makeshift bludgeons after running out of ammunition. Let’s have a look at our protagonists – the members of the Black Templars squad. 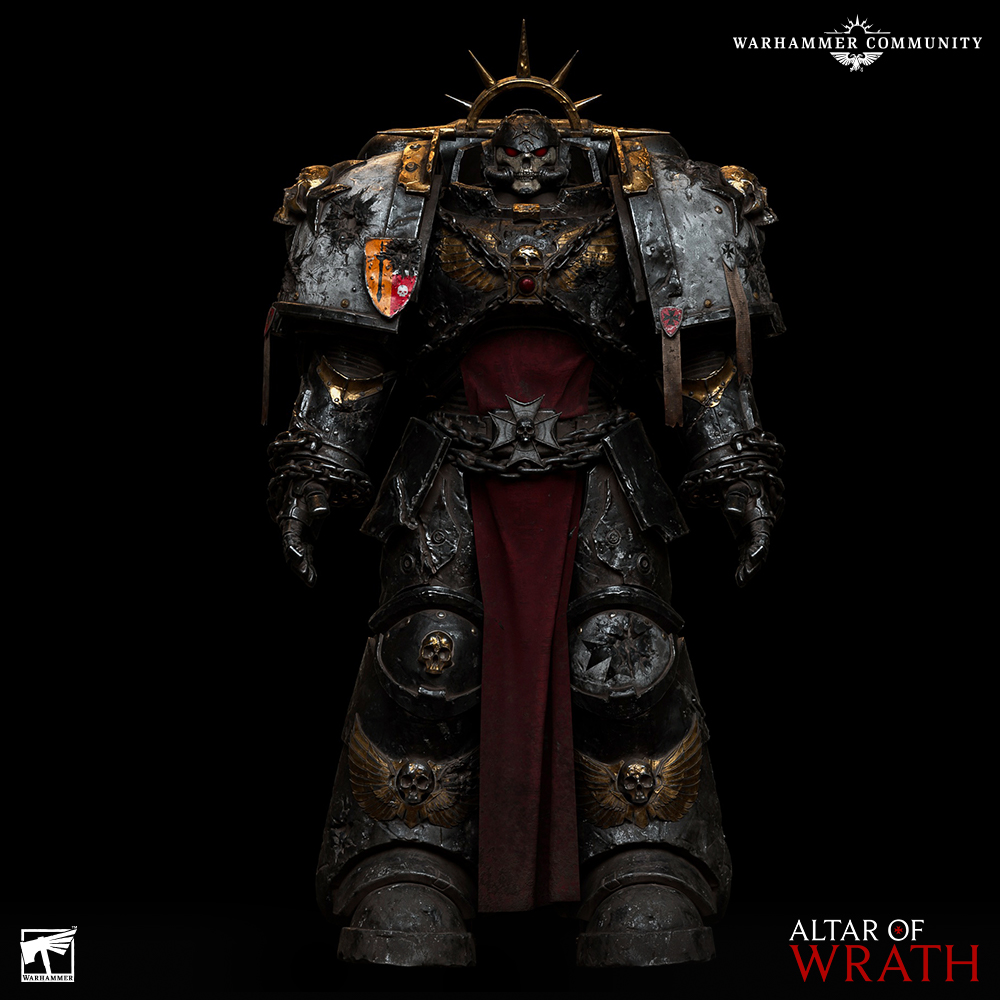 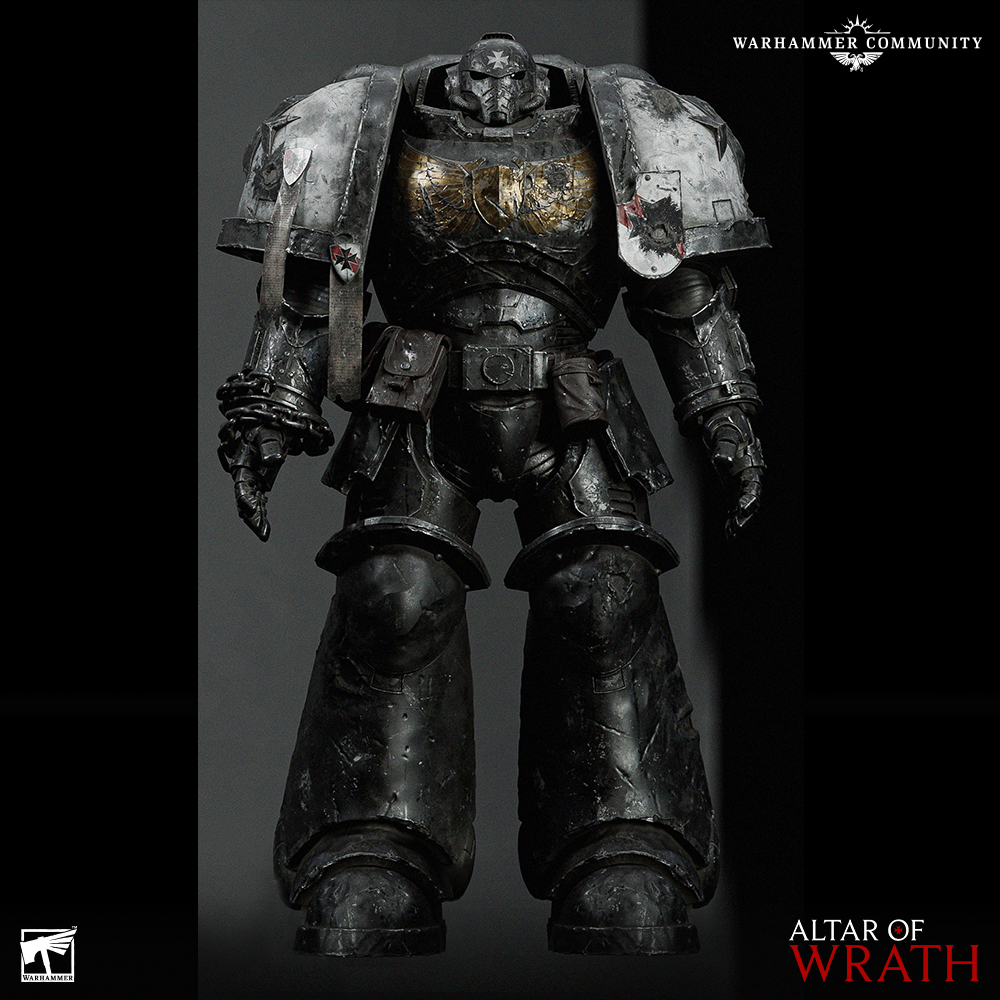 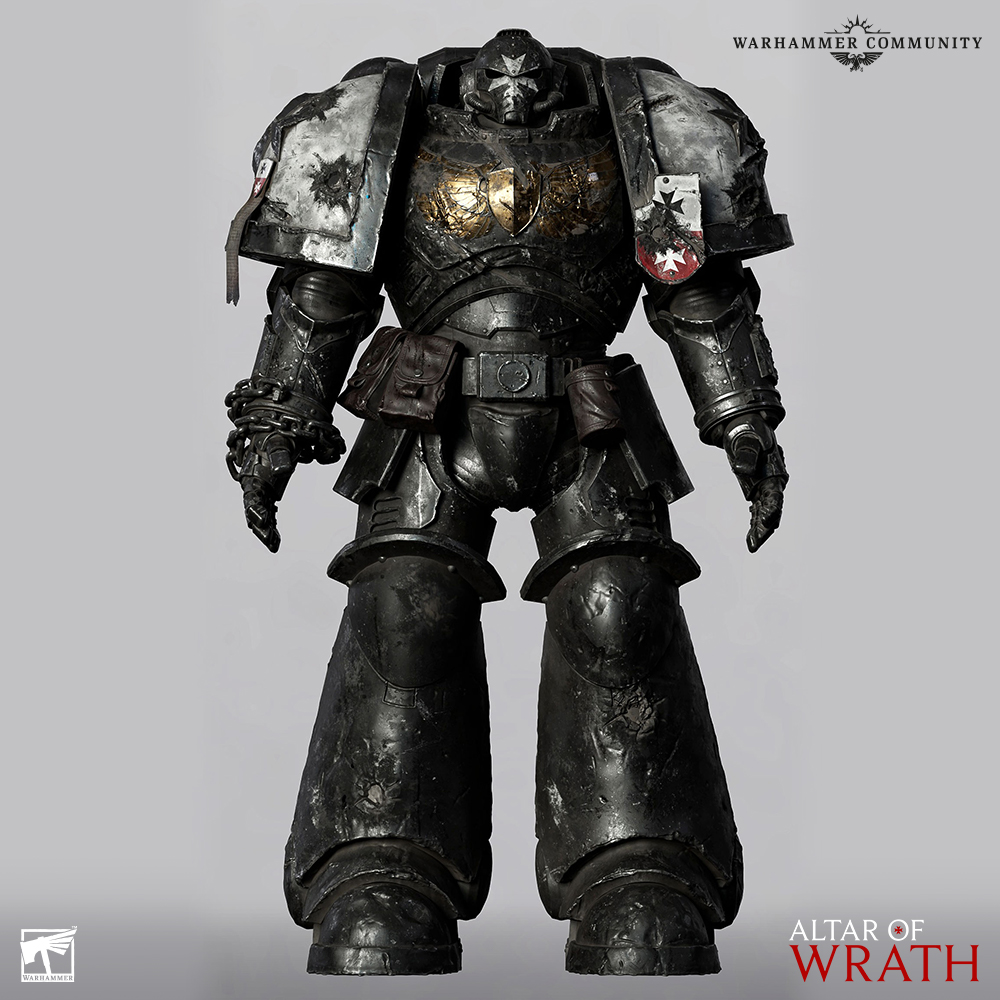 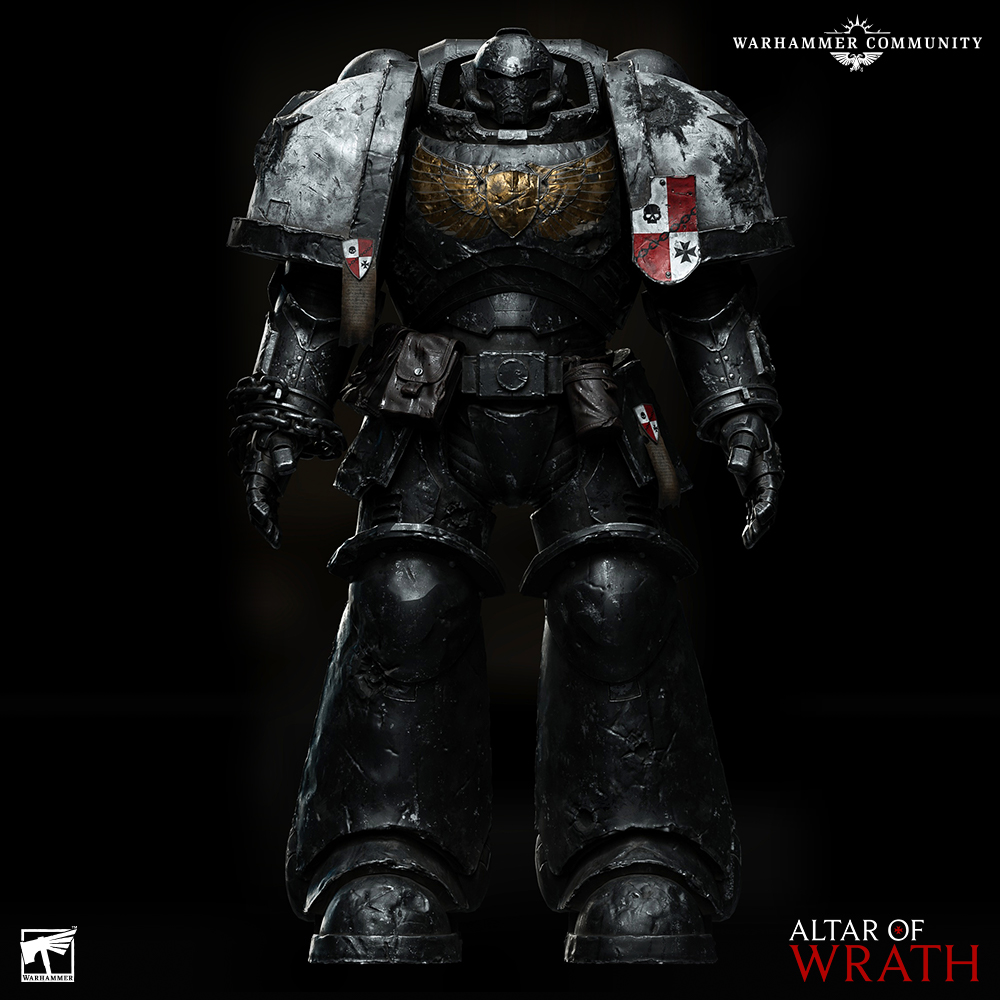 Of course, they have a group shot ready to go on Instagram. 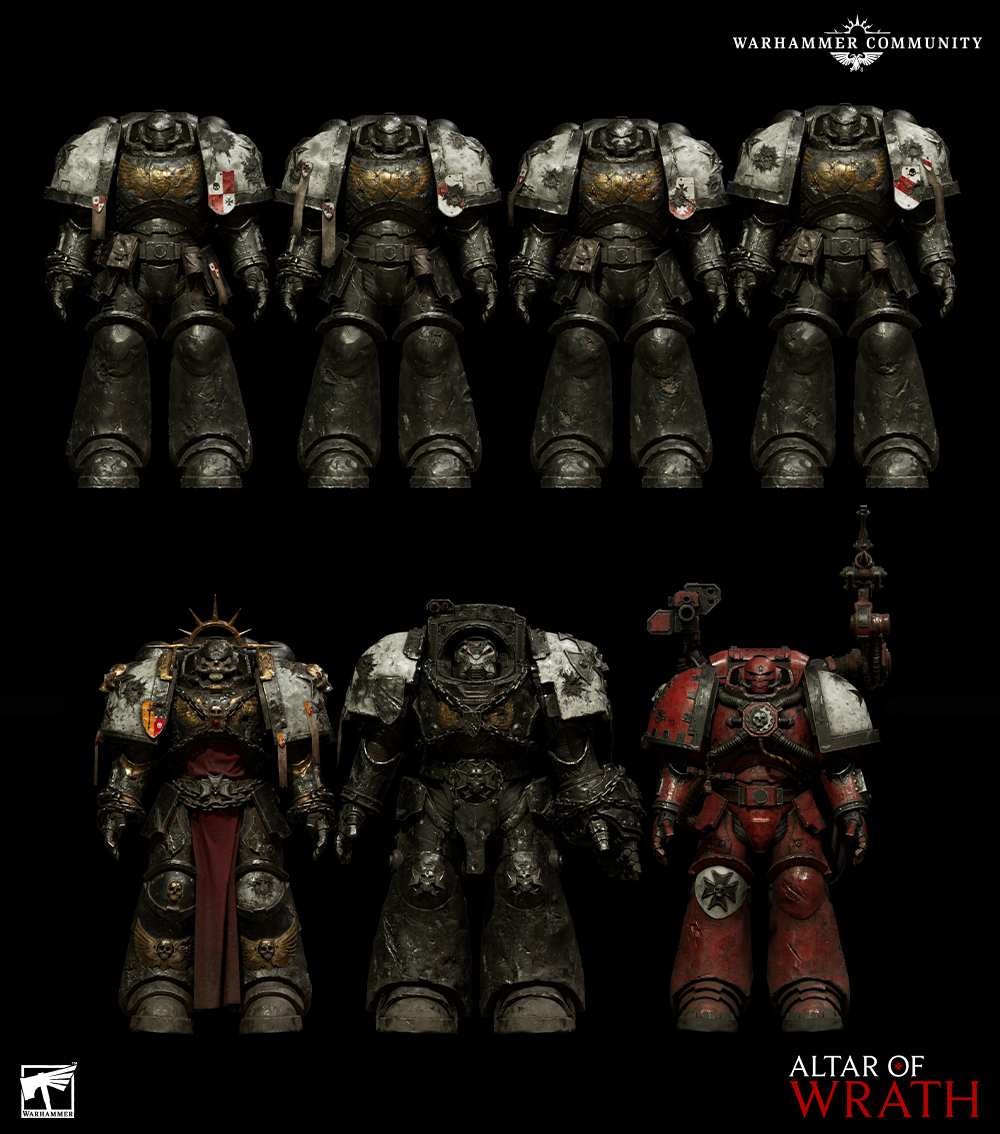 A Chaplain, a Terminator, a Techmarine, and four Primaris Space Marines? We hope that Roboute Guilliman isn’t watching because that is certainly not a Codex-compliant squad. Hopefully, a first look inside their titular Land Raider, Altar of Wrath, will mollify the Imperial Regent.

Yes, Primaris Marines in a Land Raider – that’s how serious their mission is.* They still don’t get to decide what’s played on the radio though, which is the choice of Chaplain Aristarchus alone.

Finally, we have to obey the ancient Terran proverb that says you can’t reveal a bunch of Black Templars’ weapons without also showing them in action. We liked this shot so much that we made it available to download for free to use as wallpaper for your computer and mobile phone. 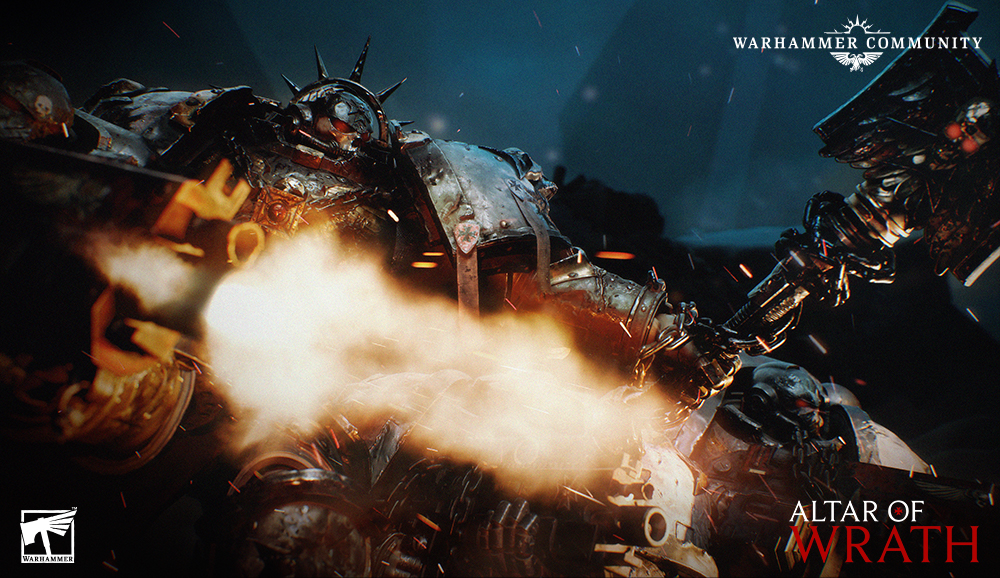 If that’s how good they look in a still frame, just wait until you see the actual animation!

We’ll have more news on Altar of Wrath as we get closer to its release. In the meantime, make sure that you’re subscribed to Warhammer+ so you can catch every one of our upcoming animations as soon as they drop, including the epic conclusion to Angels of Death airing this Wednesday.

* Obviously, it’s a little too early to divulge too much information about what that mission might be – but it’s going to be awesome.

When the Black Templars Take a Vow in Their New Codex Supplement, They Really Mean it

Templar Vows are abilities quite unlike those available to other Chapters of Space Marines.

What Does it Take to Bring an Exodite to Life?

We talk to the Warhammer animations team about the latest episode of The Exodite.

In preparation for this week’s episode of Loremasters, we’ve brushed up on some of the infamous Ork’s biggest battles.