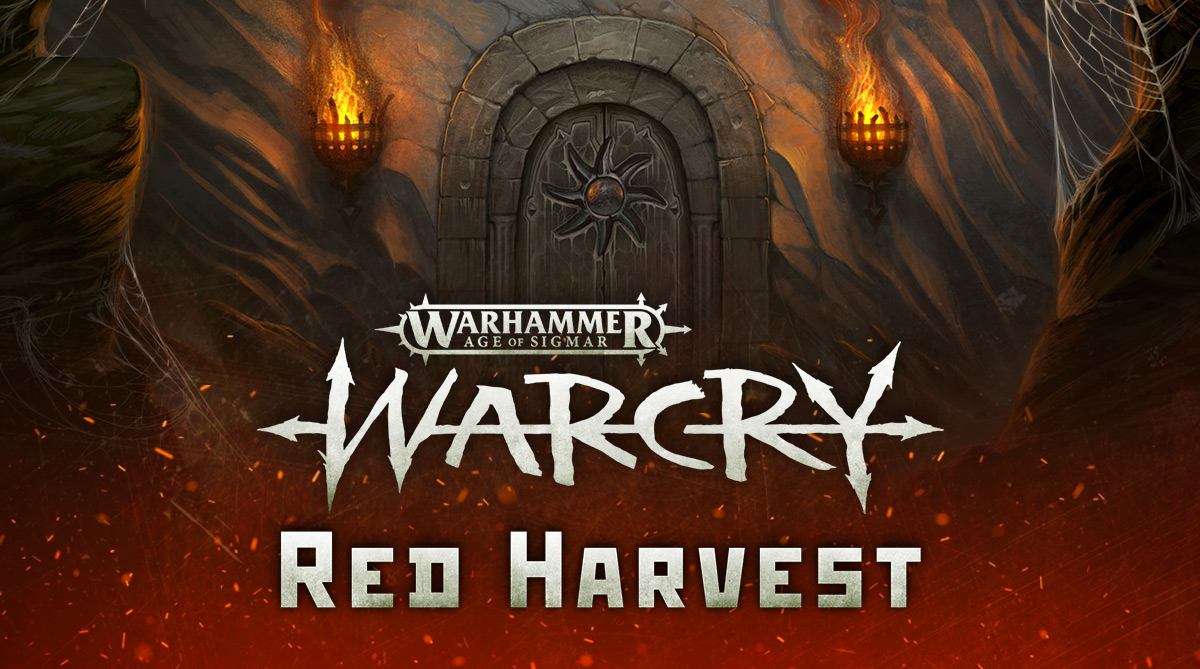 Surviving the Eightpoints is no walk in the park, and many Warcry warbands turn to strange mutations or arcane rituals to make it through another bout of vicious skirmish combat. Some exceptional individuals, however, have no need for these puny tricks to emerge triumphant from the Red Harvest – requiring only grit, a good pair of boots, and a hecking big sword.

As if he couldn’t seem any more intimidating, he’s called a Slaughterborn.

Rather than decking themselves out in gaudy spider masks and fancy cloaks, the Slaughterborn knows that a solid weapon and the favour of the Ruinous Powers are all a person needs to win their place at the Everchosen’s side. 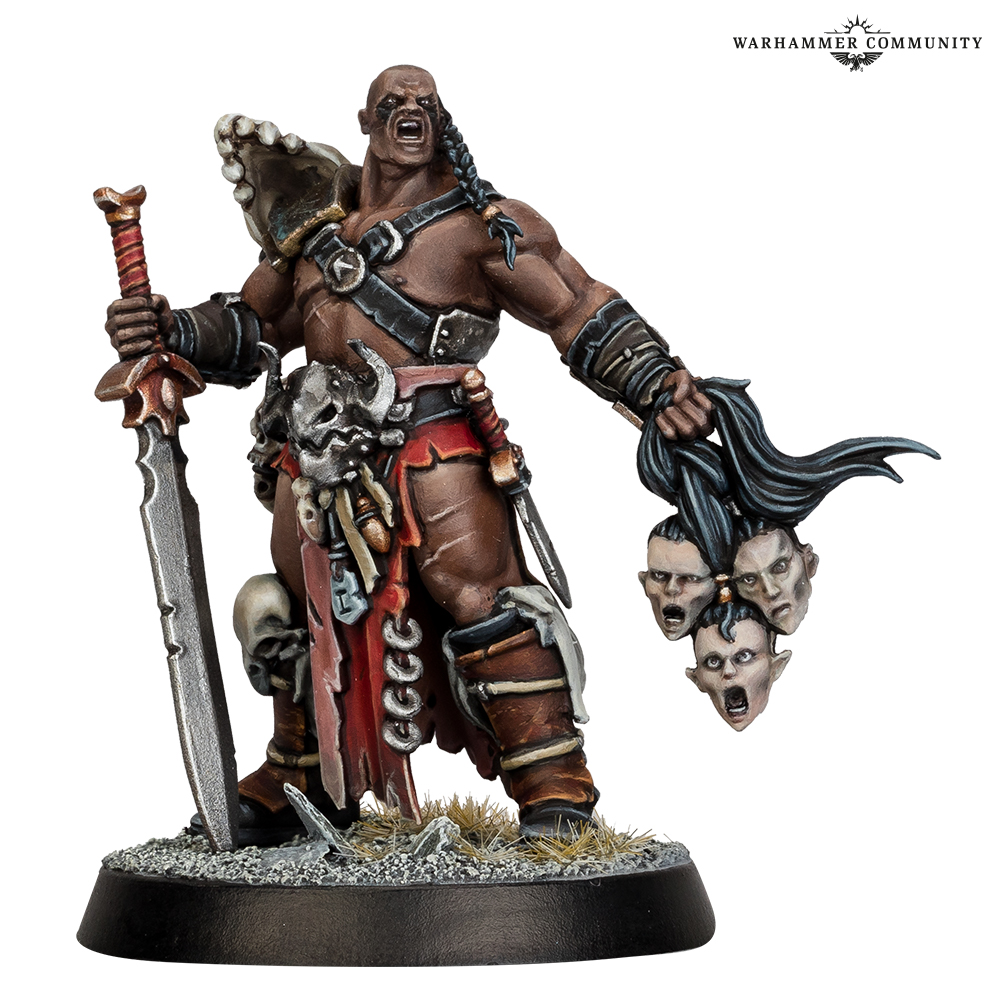 Their spartan equipment and penchant for leather straps hearkens back to the classic Chaos Marauders of old, but these aren’t your dad’s warp-crazed killers. Slaughterborn scream fell oaths into the heavens on the eve of battle, fighting for the blessings of their patrons with every step and stopping at nothing to prove their might on the battlefield. 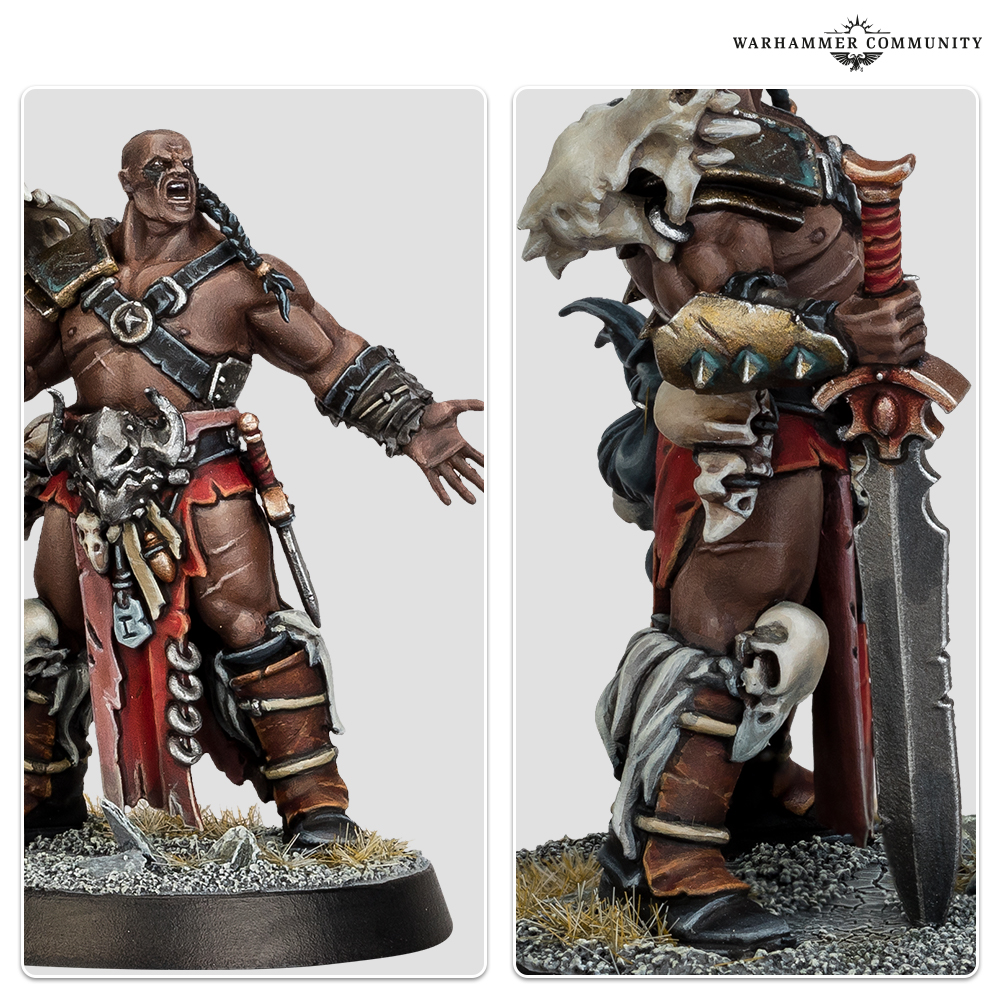 Who exactly are they pledging themselves to? You’d have to ask them – we’re not getting within a mile of that greatblade, and we have a funny feeling that the last three people to ask are now hanging from his hand. 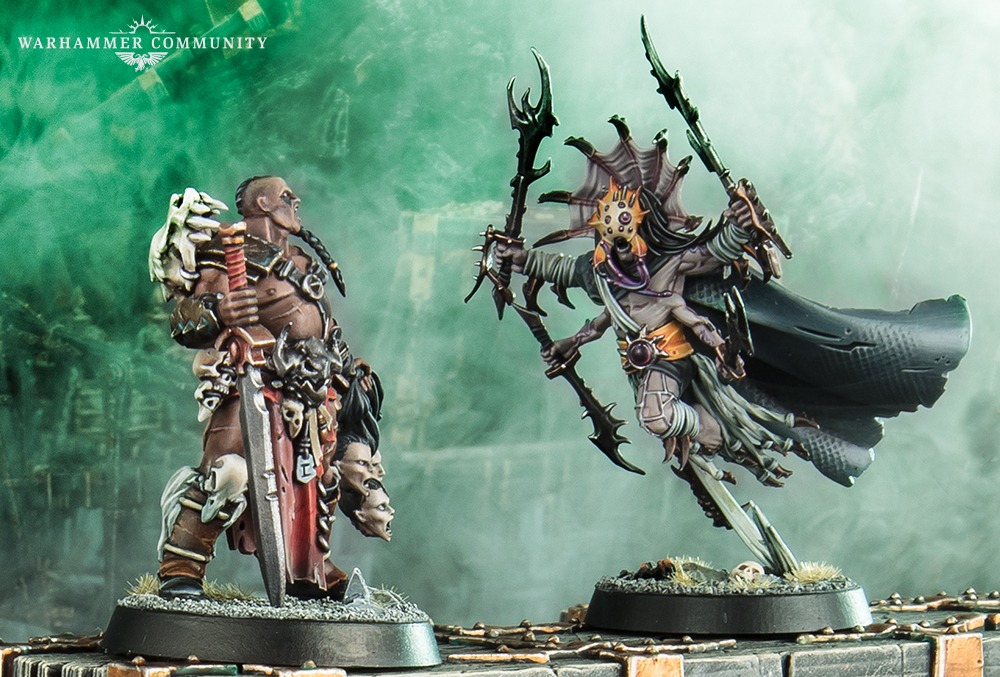 We’ll have more information on Warcry: Red Harvest later this month, but for now we have to swear our own oath of secrecy or risk the wrath of the Chaos Gods. You wouldn’t want to find out who the Slaughterborn is leading into combat too soon, would you?

Warhammer Day is here! Celebrate with a whole host of incredible previews.

Scuttle up walls, summon spider swarms, and ensnare your foes with this new Warcry warband.

The Crown of Pain