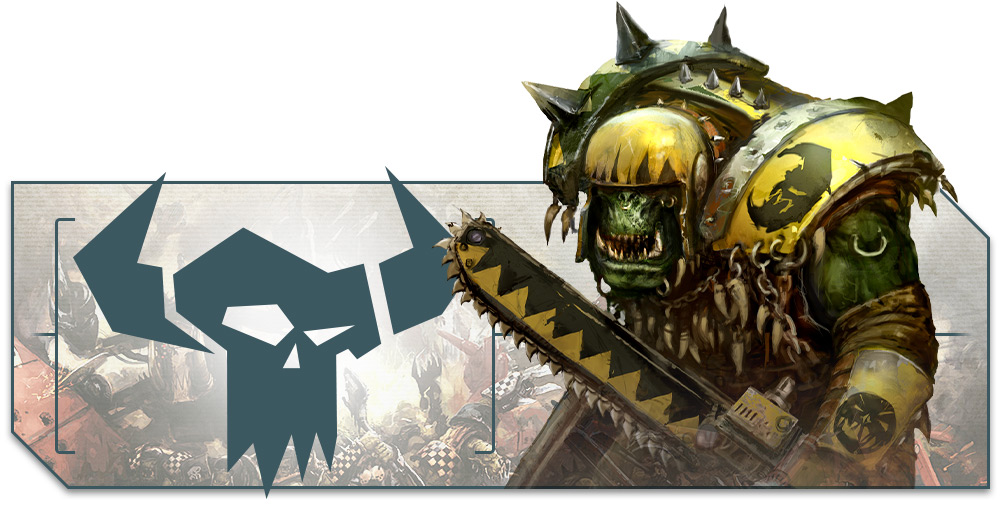 With an amazing codex up for pre-order this weekend, plus the Beast Snaggas from their launch box, everyone’s looking to bulk up their Orks army – or start a new one. Combat Patrol: Orks is also available to pre-order from Saturday, and it’s the best way to do both! Let’s take a closer look at everything that comes in the box. 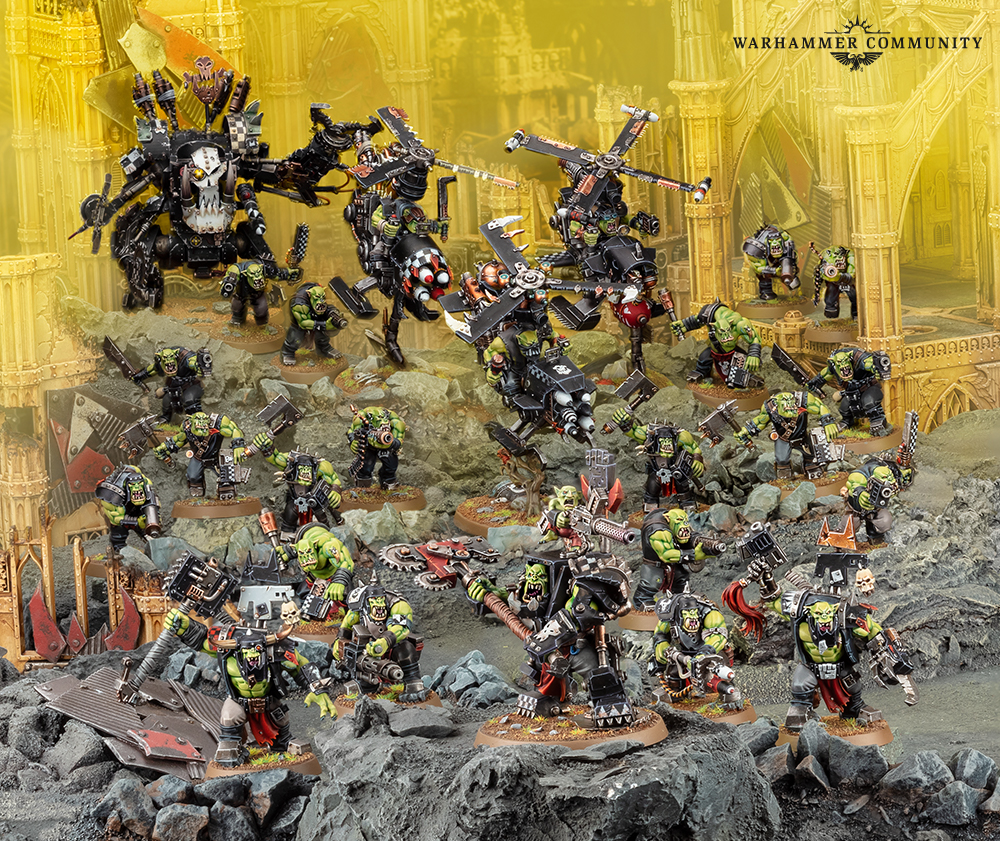 This force is led by a mega-armoured behemoth of a greenskin. Not content with the usual shooty ’fing in one hand and choppy ’fing in the other, he’s opted for ALL choppy, in BOTH hands, happy to let his grot “assistant” ride shotgun, or, er, big shoota in this case. 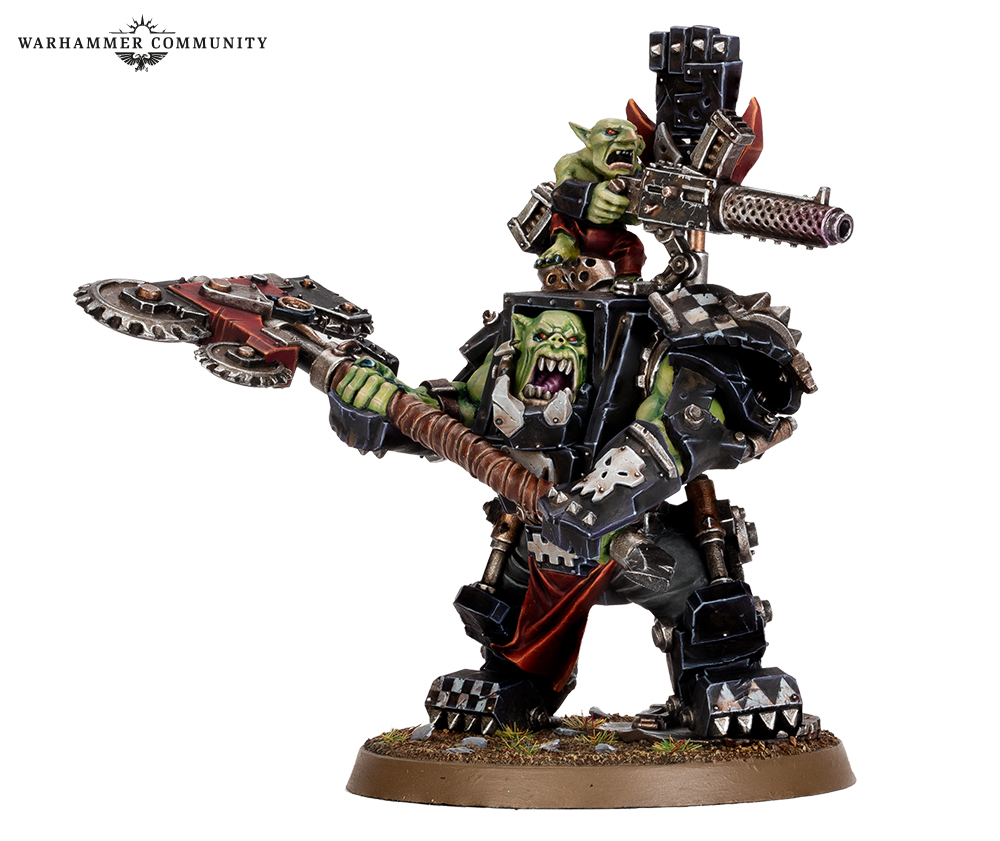 Combat Patrol: Orks is the first chance to get your hands on this Warboss in Mega Armour. The armour design matches the Meganobz, but it’s even more impressive, to suit his status. Not quite as impressive as Ghazghkull Thraka, mind, but this ambitious warboss is working on that.

The real heart of the kit is a brand new set of Ork Boyz, with a familiar but updated look. You get a whopping 20 of them, and as any Warboss will tell you, you can never have too many Boyz, so you’ll be off to a great start. 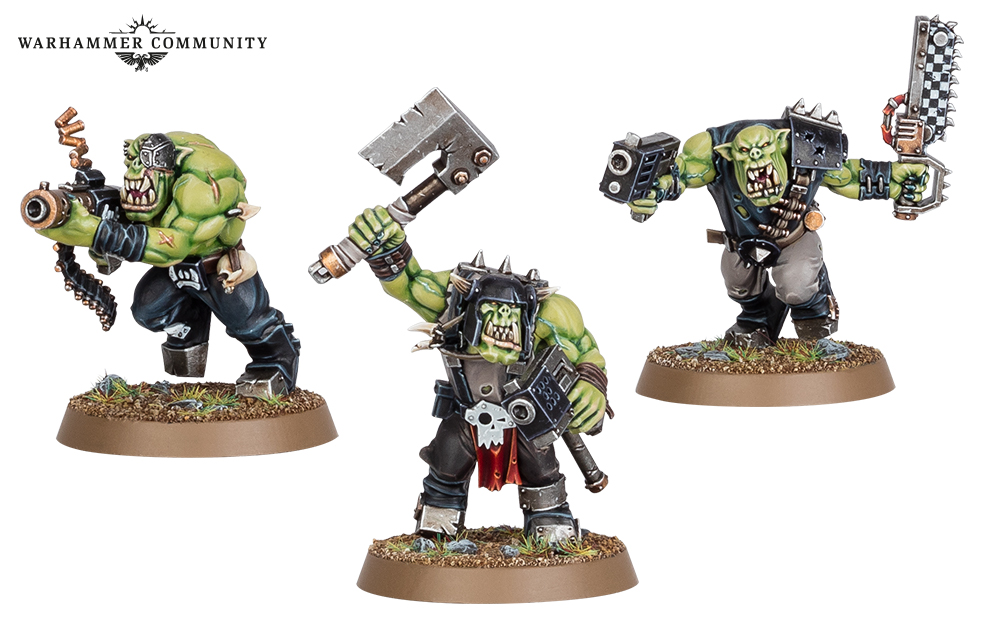 You’ll get enough bits to arm them with a selection of shootas, sluggas, and choppas, plus of course guns with extra dakka, and even killier weapons for each nob. 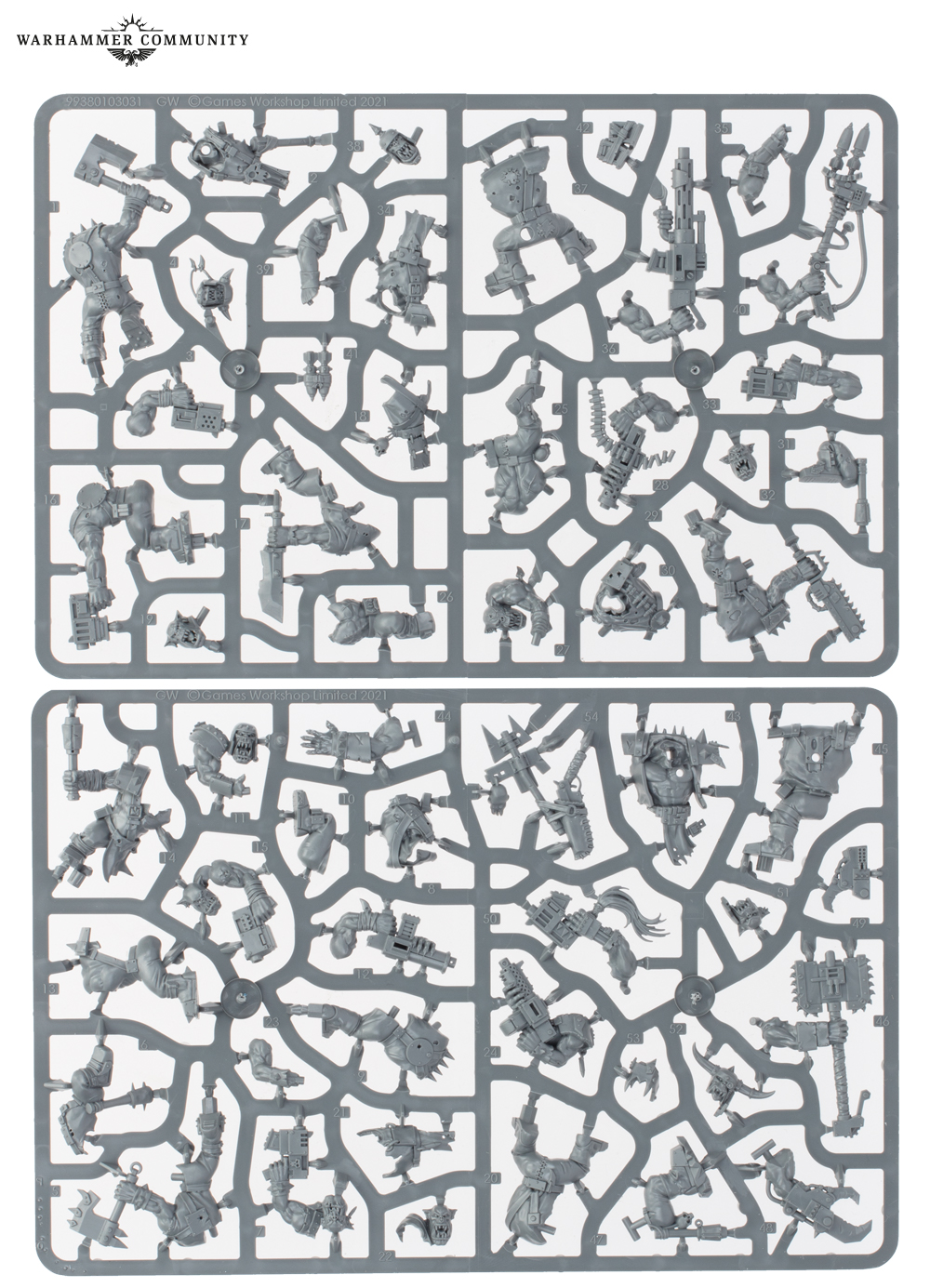 Their dynamic poses and extra details make them a joy to build and paint whether they’re your very first Boyz, or you’ve already got 100 on your display shelves. This box is the only place to get the new Boyz for now, so snap it up this weekend.

Deffkoptas have returned – big time. Last released in plastic all the way back in 2008, you can finally fly again. Crammed with rokkits and festooned with jagged blades, these choppers aren’t shy about getting up close and personal. 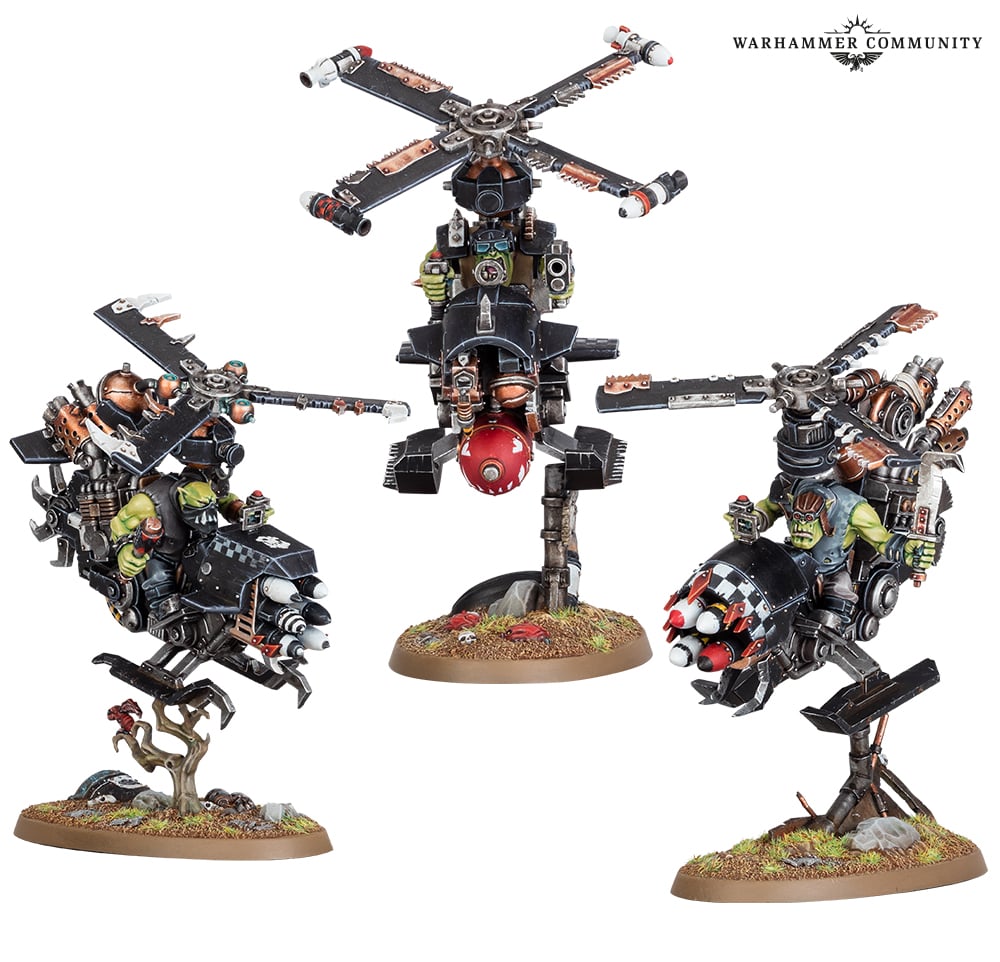 Deffkoptas are instantly recognisable, but they’ve been brought up to date with fantastic new sculpts. In typical Ork fashion, you’ll spot bits of other machinery if you look closely, including exhaust stacks from Imperial vehicles, parts of other Ork flyers like the Dakkajet, and loads more.

Once again, this is your first opportunity to secure this kit, which is currently exclusive to Combat Patrol: Orks.

The Deff Dread is the one model in the box that isn’t new, but it’s amazing and you can never have enough of them. 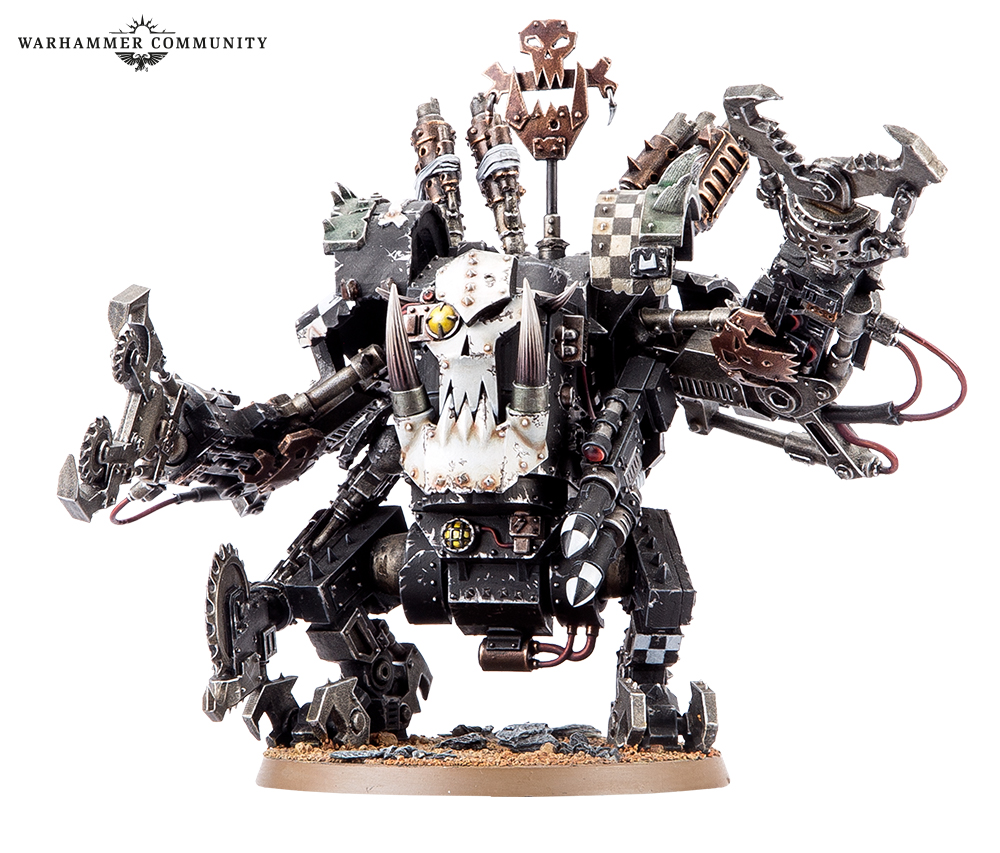 Delivering a payload of heavy support in a supremely survivable frame, you can kit your Deff Dread out with a mix of up to four different melee and shooting weapons to suit your needs. The kit is so customisable that you can field a whole mob of them and have each one look like the distinctive kustom-built product of a Mekboy workshop.

Combat Patrol: Orks gives you a respectably sized army right out of the box, perfect for (surprise, surprise) Combat Patrol-sized games. It also makes an excellent start to a Crusade force. And if you already have a collection of Orks, every model here will bolster your burgeoning Waaagh! as it tears across the galaxy. 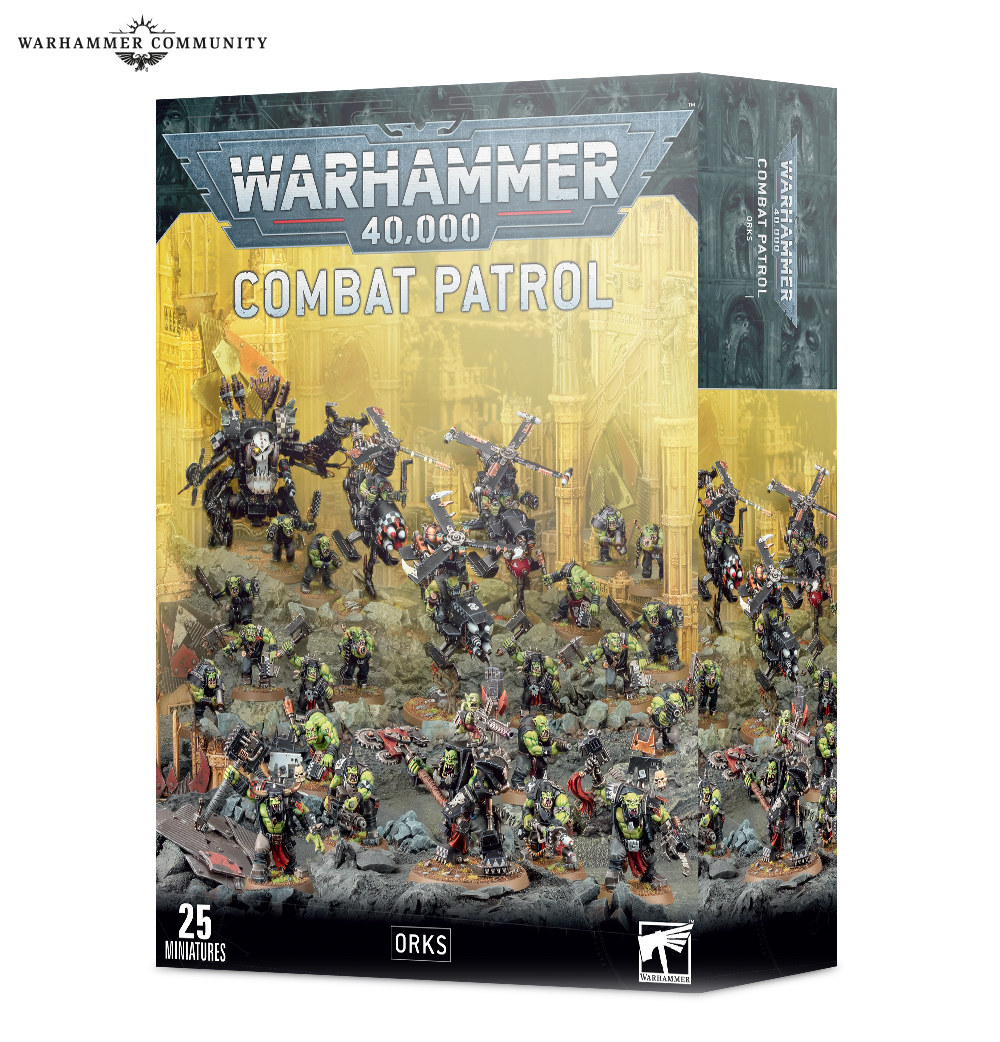 Ork fever is in the air at the moment (you DID watch Old Bale Eye on Warhammer+, didn’t you?), so stop back on Saturday to pre-order Combat Patrol: Orks, as well as the new codex, accessories, and a bushel of Beast Snaggas. Check out yesterday’s article to see everything that’s on offer.

Check out all of next week’s pre-orders and revel in your prescience of what’s on its way.

Check out the stunning Speedwaaagh! that isn’t just engine-powered.