Welcome back to our series of articles covering some of the major changes coming to the new edition of Kill Team. The game has been revolutionised from the ground up to deliver the most nail-biting, skirmish-scale warfare around, which means new systems for movement, shooting, and melee combat. Today we’re finding out how ranged combat works. 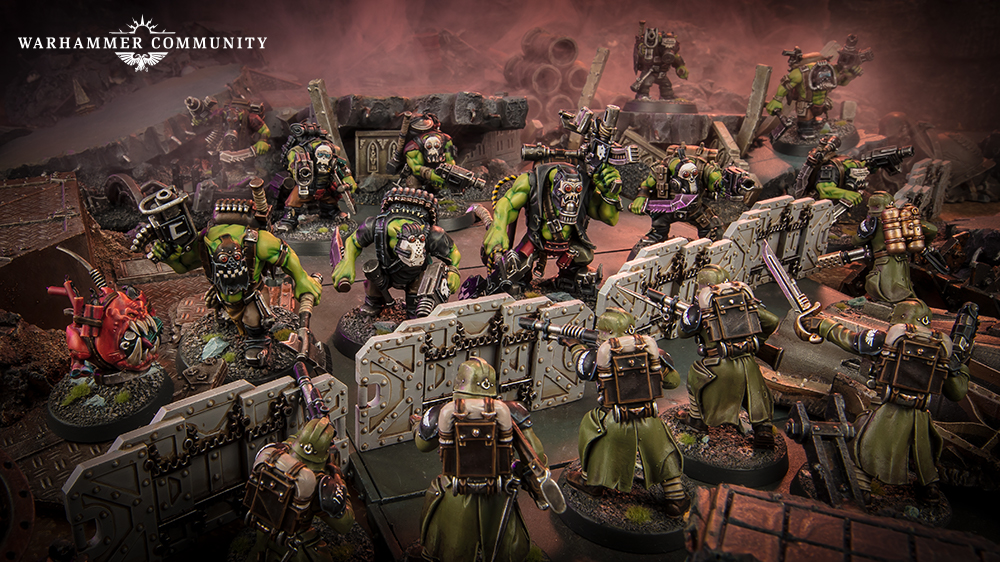 You may have caught a glimpse of some weapon rules when we looked at the revamped datacards yesterday and noticed that they’re rather different from what you’re used to. Ranged combat has been reworked to better suit the chaotic, close-range battles your kill teams will be fighting in the new edition. Whether your operatives are firing careful shots with a lasgun or unleashing torrents of burning promethium from a flamer (there’s a lot of both in Kill Team’s brutal cinematic trailer), these updated rules are here to switch up your games. 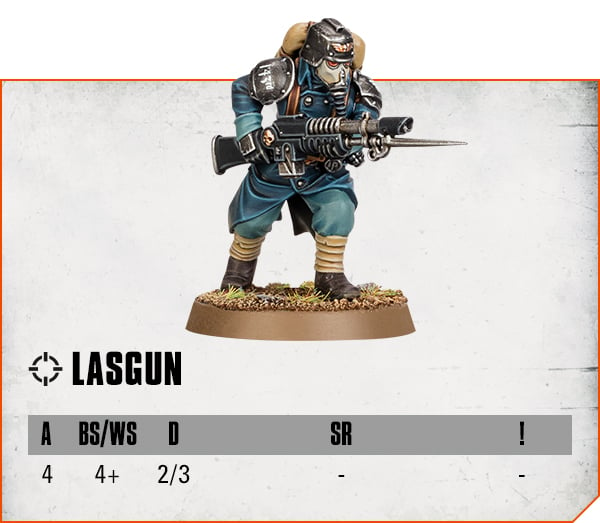 At a glance, you may be wondering where the lasgun’s range is marked. Due to the close-quarters nature of the Kill Team battlefield, weapons have unlimited range unless otherwise noted.

Confident that their las bolt or plasma blast won’t run out of steam before crossing the length of a single warehouse, shooters now have time to consider their angle of attack carefully. Likewise, those on the receiving end are no longer safe at the back of the field and need to take full advantage of the terrain to maintain their safety. 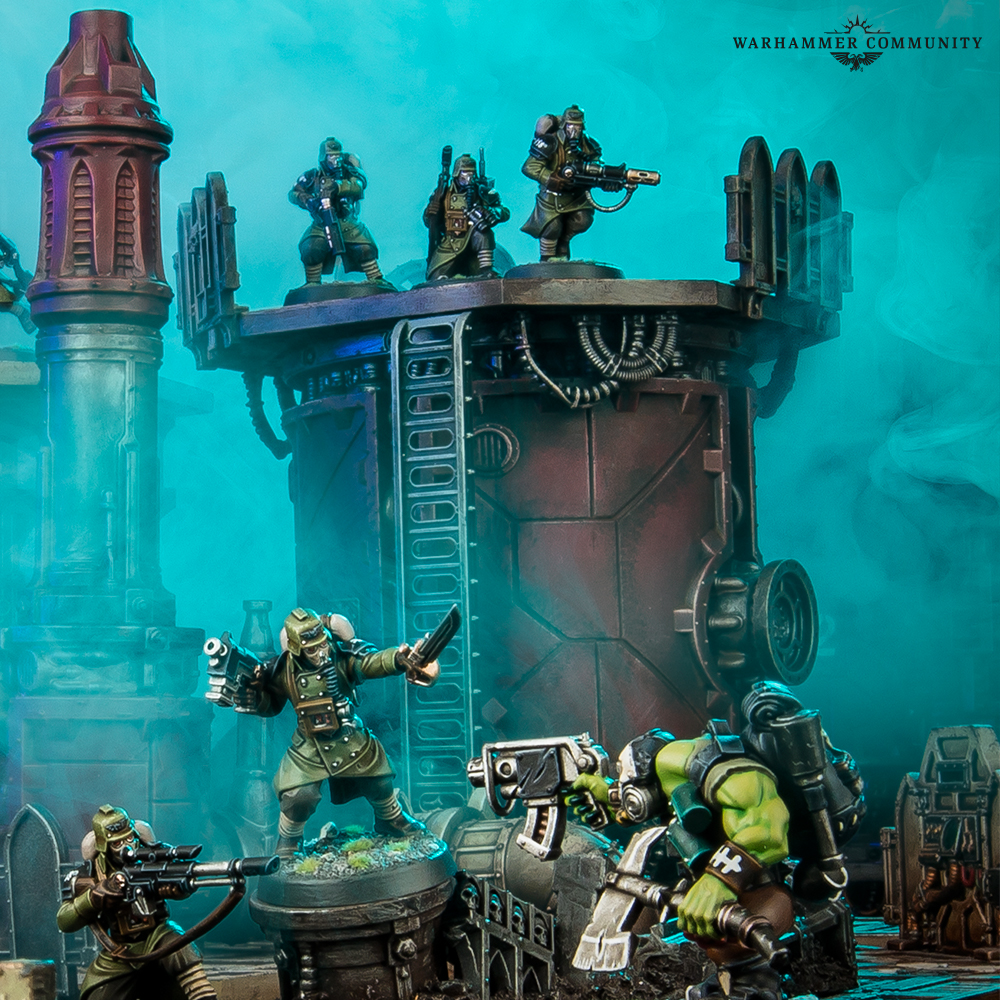 At their heart, all ranged weapons share a few key characteristics. The Attacks stat shows how many shots an operative can take with that weapon. Rolls that equal or exceed their Ballistic Skill are marked as hits, and rolls of 6 are counted as critical hits.

The target must then roll the number of dice equal to their Defence stat – any results that equal or exceed their Save characteristic are marked as a save, with 6s counting as critical saves.

Once all dice have been rolled, the attacker’s hit rolls and the target’s saves are compared. Crucially, critical hits can only be blocked by one critical save or two standard saves. Any hits that aren’t cancelled by a save apply their Damage to the target’s Wounds – the split number represents how much damage is inflicted on a normal hit and a critical hit, respectively. 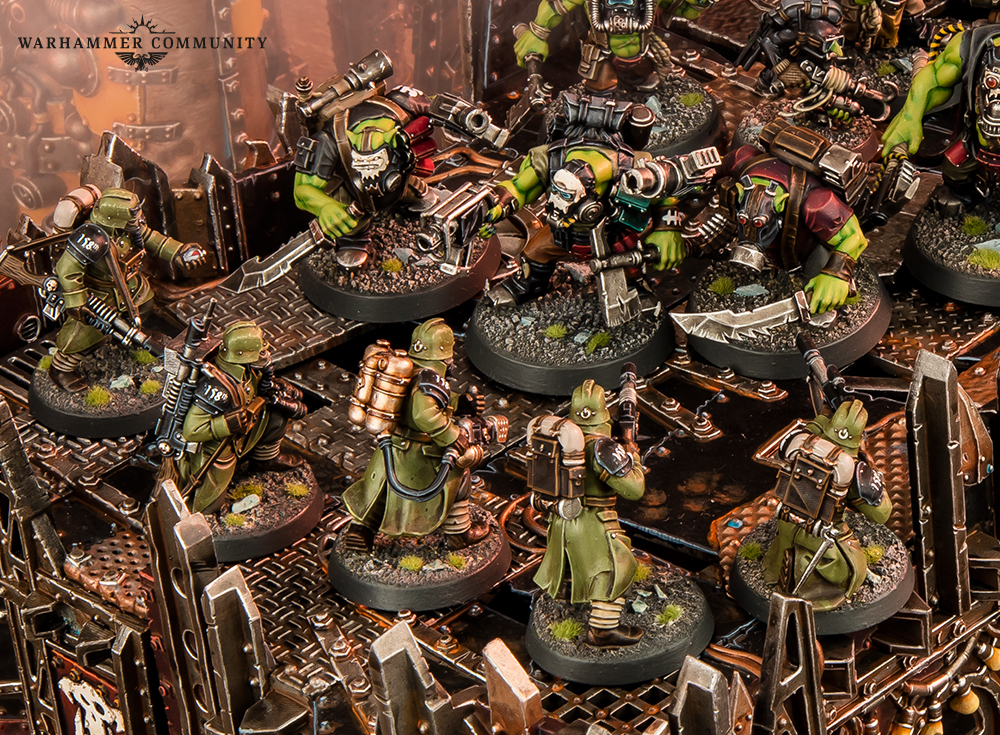 Lastly, you want to take note of any Special Rules and Critical Hit Rules a weapon might have. These grant your ranged attacks a variety of handy buffs that could let you spread shots across multiple targets, change which direction cover is effective from, and more. 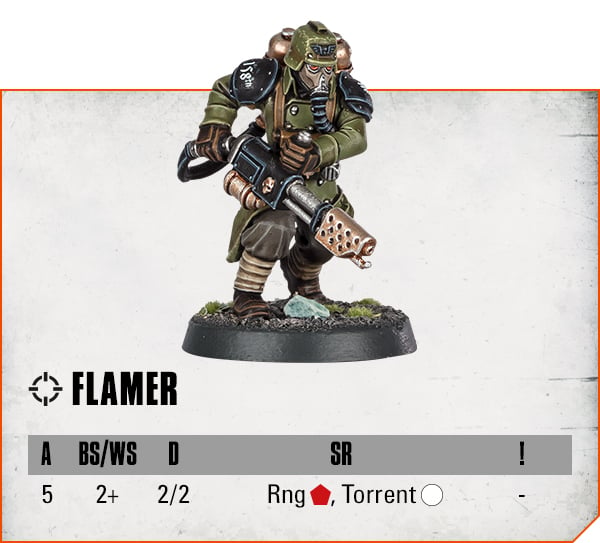 Special Rules are always in effect and are often defining factors in how the weapon functions. For example, the flamer has a restricted range, but, in return, its Torrent ability allows it to attack all models within ◯* of the initial target. None can escape the scorching flood of promethium at such close range. 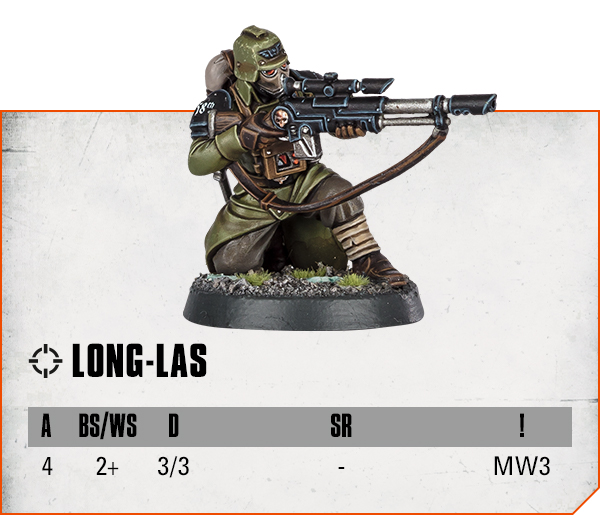 Critical Hit Rules, as the name implies, are only applied to critical successes. The long-las’ MW3 (short for Mortal Wounds 3) rule, for instance, inflicts three automatic wounds for every critical hit rolled before the unfortunate target has any chance to prevent them. This rule reflects the devastating effect of a spectacular sniper shot that perfectly targets a gap in enemy armour. 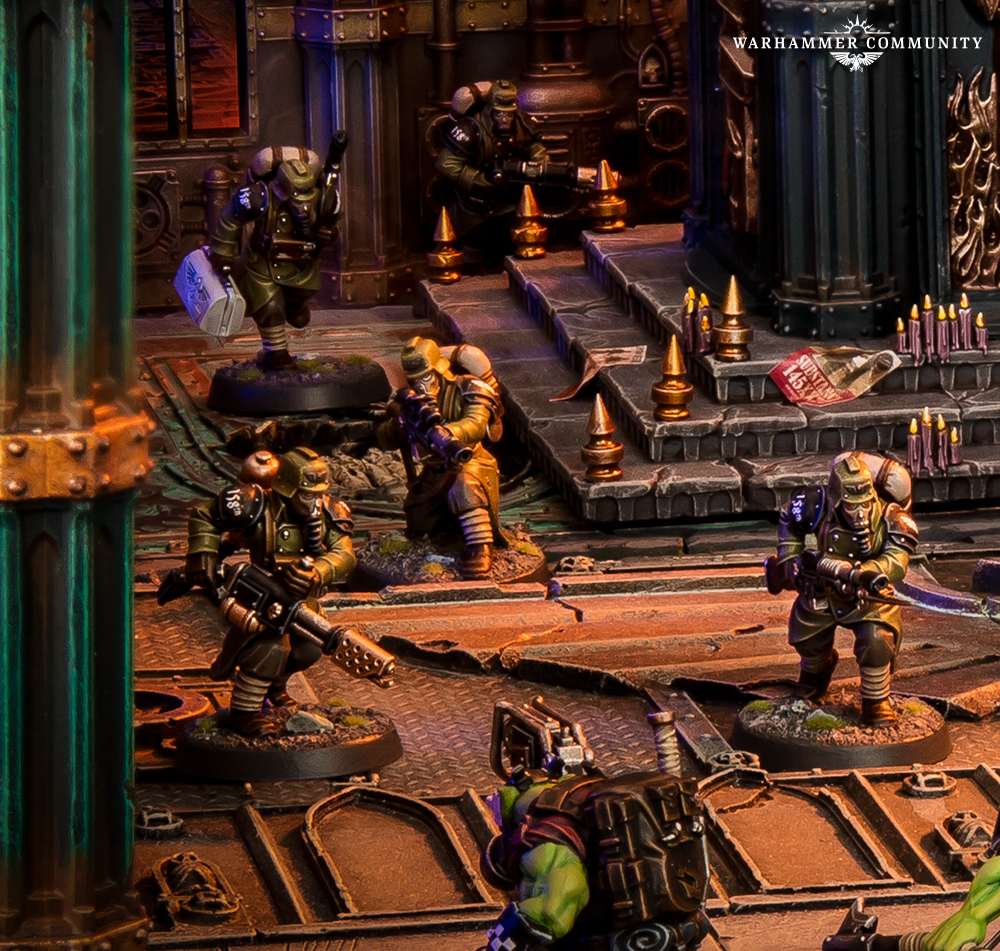 As you can see, your weaponry choices are vital in the new edition of Kill Team. Almost every detail on each model has an in-game effect (though some are purely cosmetic of course), and Kill Team kits come with loads of options so you can intricately customise every member of your squad and take advantage of each weapon’s strengths and Special Rules.

We’re already mulling over ideas for kill teams we want to build – under the new rules, creating a squad is going to be loads of fun. Luckily, there’s not long to wait before we can all start experimenting as pre-orders for the massive Kill Team: Octarius box go live in August.

In the meantime, we’ll continue to give you a peek behind the curtain of the new edition, including tomorrow’s dive into the brutal world of melee combat.** And don’t forget to check out the updated Kill Team website to see the rad cinematic trailer that we’ve been rewatching repeatedly, for work, honest.

* In case you missed how ranges work in the new edition of Kill Team, our look at Kill Team’s new datacards introduces the new system.

** After all, the Veteran Guardsmen might be content to blaze away with their lasguns, but the Kommandos in Kill Team: Octarius are going to want to get stuck in.

Melee combat is quicker and more lethal than ever – will your operatives be able to cope?

5 Things You Need to Know About the New, Totally Rebuilt Kill Team

Find out what’s in store for the elite operatives in the 41st Millennium.

This essential supplement contains everything you need to run kill teams for 19 factions.