Jim: Greeting, sports fans. Welcome back to another Pitchside Report.

Bob: I’m not happy about this one, Jim.

Bob: It’s these chainsaw-wielding loonies, Jim. I like the carnage they cause, but it’s just not Blood Bowl to me.

Jim: You prefer it to be a little more hands-on, Bob? 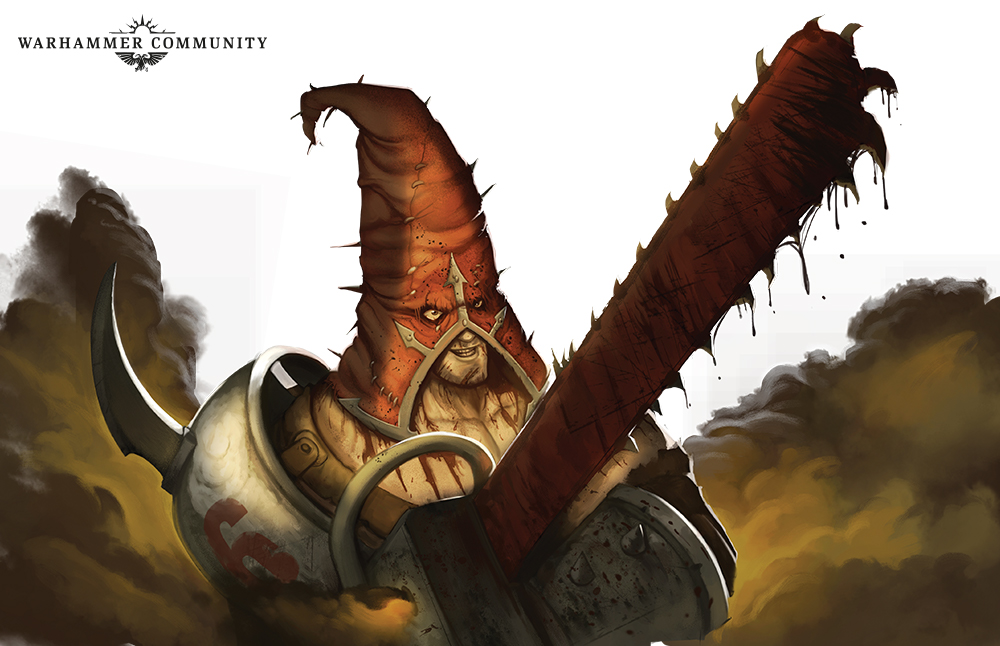 Alyssa: Where it was difficult to learn much about Frank ‘n’ Stein because he used to be two different players, finding out much about Max Spleenripper is even harder. That might be because the rumours say he used to be a cultist.

Unfortunately, all that praying to the Dark Gods didn’t help him on the pitch, and he looked like he would be yet another quickly forgotten player… until he picked up that chainsaw.

Since then, he’s cut a swathe through some more reputable players as he sells his skills to whichever Chaos team will hire him. 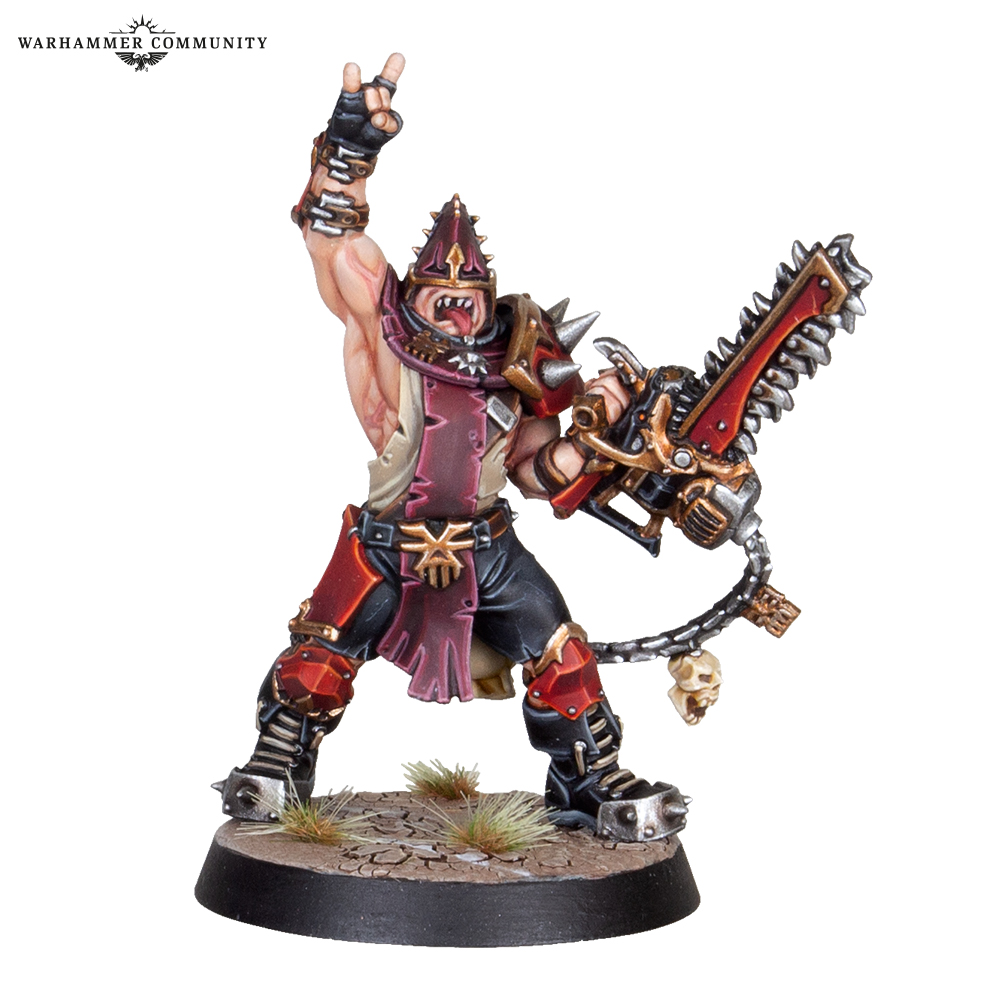 With a career record showing 47 player fatalities, including 28 decapitations, 11 amputations, and 8 disembowelments, Spleenripper is a player that opponents should stay away from.

I’ve even heard whispers from Wood Elf teams that he has a side gig chopping down trees. Although, that could just be something they say to fire up their Treemen before a match.

Bob: I have to admit, those are some pretty impressive statistics, Jim.

Jim: And he won the Most Blood Spilled award in back-to-back seasons, Bob.

Bob:  If he keeps that up, Jim, fans will start a cult worshipping him!

The new Max Spleenripper model is available from Forge World soon. If you fancy seeing this chainsaw-wielding loony on the astrogranite, pick up a Chaos Chosen or a Nurgle team as he can join either as a Star Player.

Take a look at all of the awesome things that are available to pre-order next weekend.

Khorne Teams Are Coming to Blood Bowl, But What Made Them Forsake the Battlefield?

How Khorne’s devotees switched from the battlefield to the Blood Bowl pitch.