Jim: Welcome back, sports fans, to another star-studded report from our Elven pitchside reporter.

Bob: Today’s a big’un Jim, and I’m not just talking about the news.

Jim: Well that’s what you get when you stuff two humans into one untidy package, Bob. Ah, it reminds me of the old days…

Bob: He’s a player after my own heart, Jim. 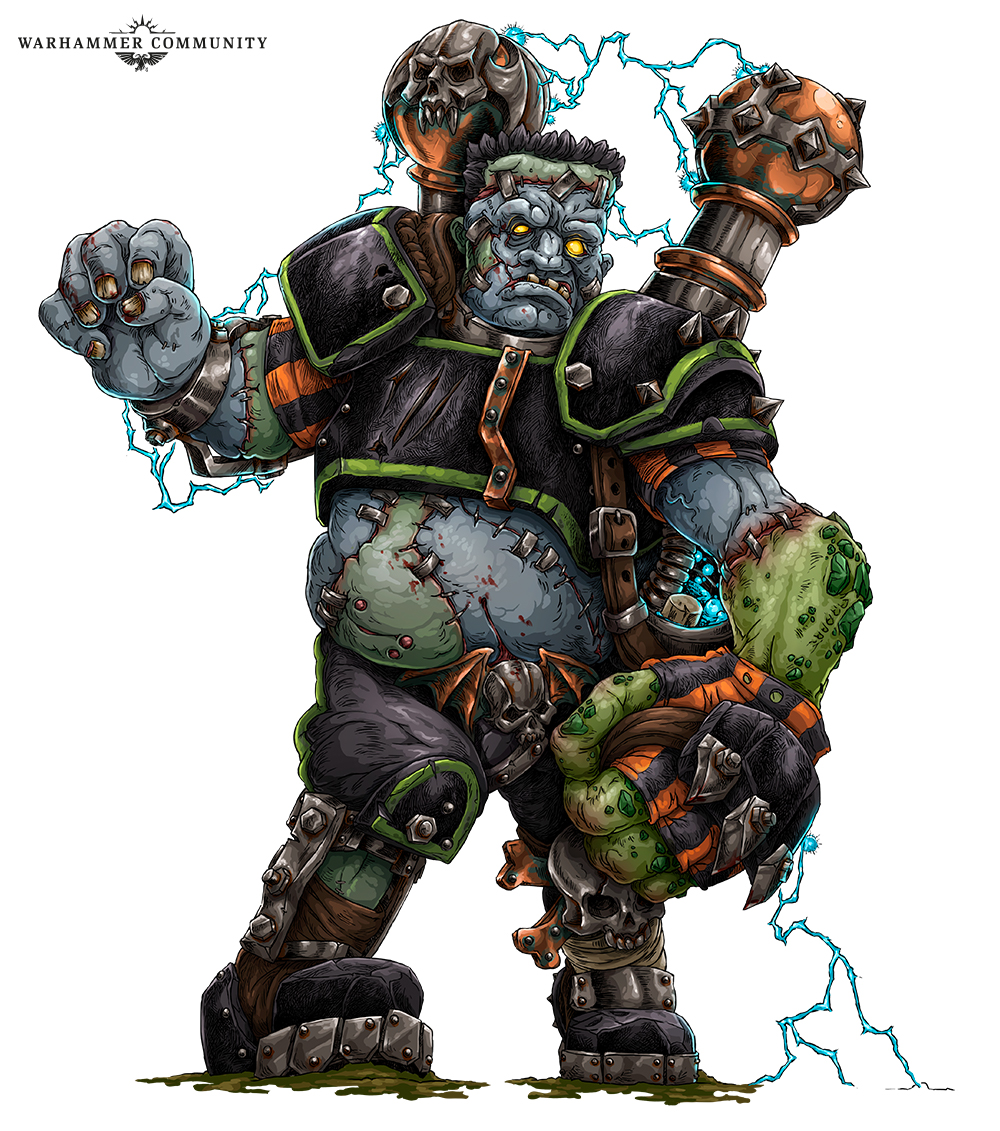 Alyssa: Finding out about this Star Player’s early career can be tricky, because once you go back far enough he starts appearing under two different names. That’s because it wasn’t until an unlucky run-in with an ambitious Necromancer that decidedly average players Franklyn Smyth and Steiner S. Scottward became more than the sum of their parts.

After an illustrious career with his ‘repossessed’ team, Frank ‘n’ Stein was chased away from the Blood Bowl pitch after an unfortunate lightning strike sent him into a berserk frenzy, killing four players, a referee, and scores of unlucky bystanders. In a shocking twist, after his hugely popular Cabalvision commercials for Lightningade Electrolyte Drink, fans put down their pitchforks and he now plays for whoever can pay him the most. 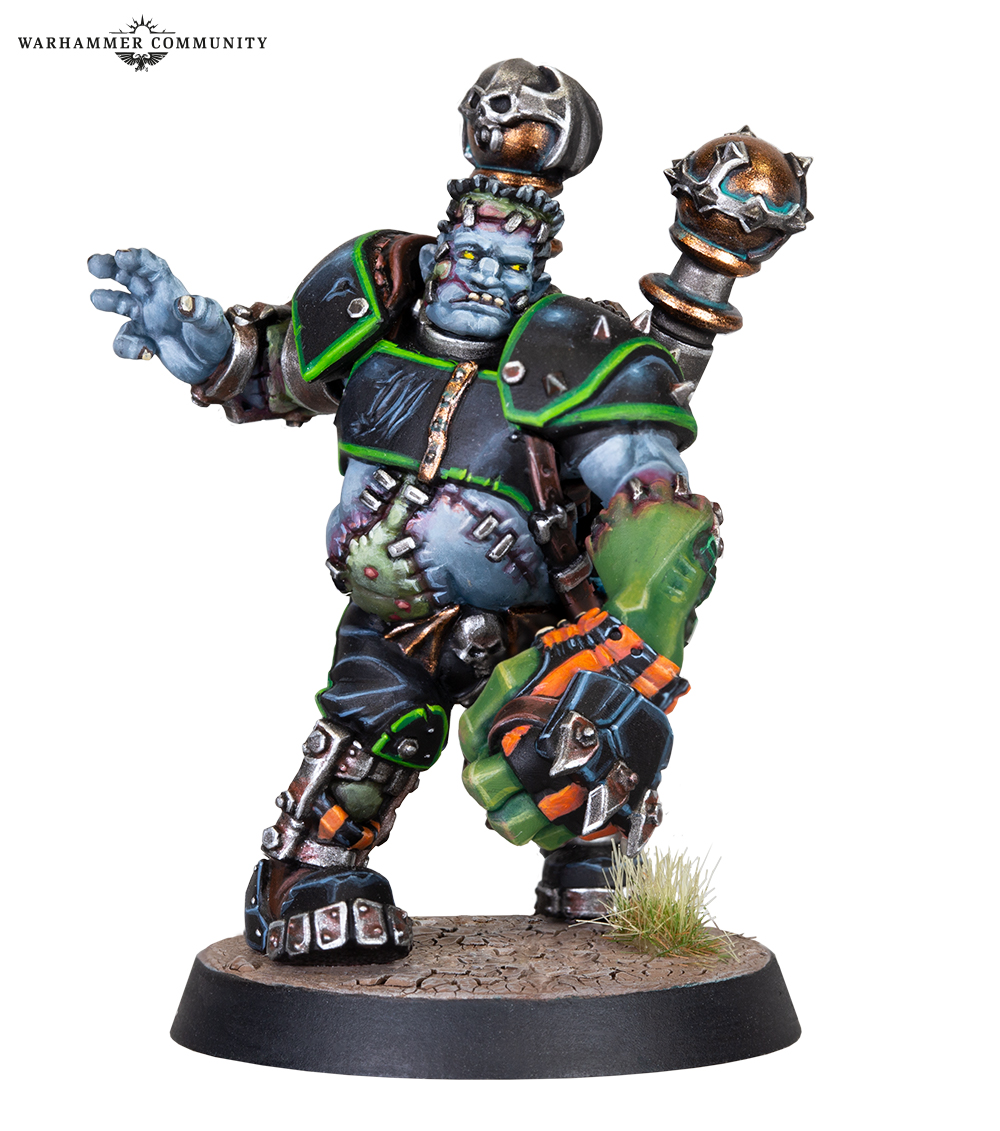 As if his huge and powerful frame wasn’t good enough at stopping the opposing team dead in their tracks, the big lug’s brutal play style often rears its head when an unfortunate soul he’s grabbed gets an extra-large kicking.

Combined with Steiner’s size and Franklyn’s keen tactical mind, Frank ‘n’ Stein is an extremely dependable rock around which many Blood Bowl teams have been built – at least the ones able to pay his 250,000 GP fee. The Sylvanian Spotlight and Old World Classic teams that take him on will be glad to know he’s sticking around for the long haul, what with the Regeneration and Thick Skull abilities keeping him in the game.

The sky’s starting to look a bit cloudy, and I don’t want to be around the next time a lightning strike finds him, so it’s back to you in the commentary box, Jim and Bob.

Bob: Definitely one to keep watching, Jim. He’s got a long and illustrious career ahead of him still.

Jim: I should hope so too, seeing as he’s already dead. Speaking of which, hasn’t he got almost as many fatalities under his belt as you?

Bob: Let’s not compare apples and oranges, Jim. I’d argue Frank ‘n’ Stein only have half as many each.

Are you looking to add Frank ‘n’ Stein to your Blood Bowl team? If you haven’t coached an Old World Classic or Sylvanian Spotlight team yet, take the Wolfenburg Crypt-Stealers for a spin to keep him company among his own undead kind, or return to his human roots with the Bögenhafen Barons.

The upcoming book is loaded with options to shake up your games, including half-sized matches of Sevens.

Have you caught Blood Bowl fever? You’re going to want to keep an eye out for our new monthly series.